"Queer As Folk" show Made Me Nauseous 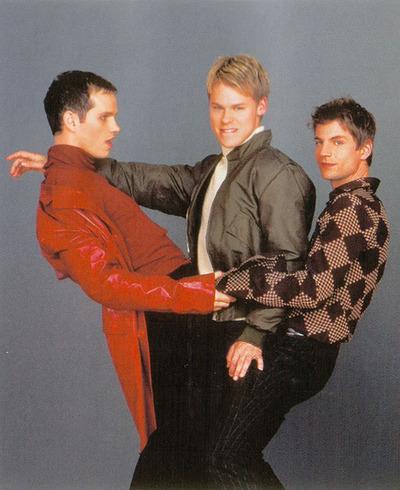 (left. Queer as Folk was a Showcase TV series that ran from 2000-2005 and portrayed the lives of five gay friends living in Pittsburgh. PA.)

The showtime series "Queer as Folk" was part of the Illuminati (Satanist) program to replace heterosexual institutions (marriage, family) with  homosexuality and perversion. This is done to destabilize society as children need to be born & raised in a wholesome environment. Our contributor Sasha Spencer checked the TV show out (of the library) and was appalled. Here is her review.


WHILE CHRISTIANITY UPHOLDS THE HIGHEST IN MAN, HIS DIVINE SPIRIT, LUCIFERIANS WORSHIP THE LOWEST, WHILE PRETENDING IT IS THE HIGHEST


"One of the men being banged from behind is Brian's mother's ( a staunch Christian) minister.  Later in the show, Brian confronts the minister for being a hypocrite and the minister's reply was, "I only teach love".  Brian's response is, "I've had the minister down on all 4's squealing like a pig, taking it up the ass"."


Browsing for DVD'S at the library, I came upon the series, "Queer as Folk".  Queer as Folk was produced for Showtime Entertainment, developed and written by Ron Cowen and Daniel Lipman.  Originally based on a British series, the show was the first hour-long drama on American television to portray the lives of gay men and women.

The series follows the lives of five gay men, Brian, Justin, Michael, Emmett and Ted; a lesbian couple, Lindsay and Melanie; along with Michael's mother Debbie, (played by Sharon Gless), and his uncle Vic, who has AIDS.

To give you an idea of what you are in for, the opening musical theme is called "Spunk" by Greek Buck.

Let me state for the record, I am not against gays in any way, shape or form.  I have family and loved ones who are gay.  With that said, these are my impressions.

I DON'T NEED AN EXCUSE TO F*CK 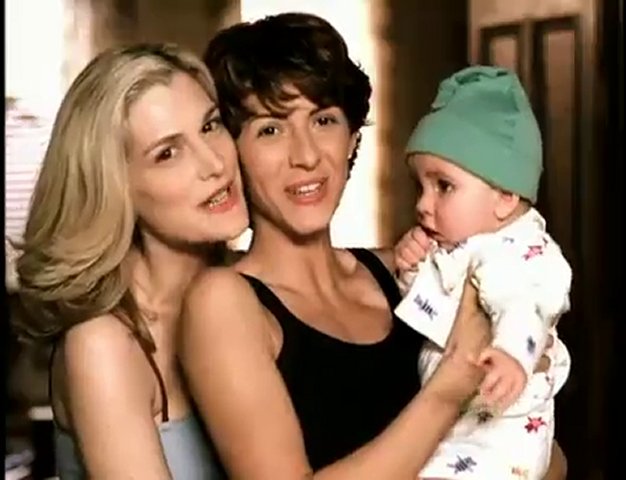 (As usual, lesbian appearance is not portrayed realistically.)

In the fifth season, the premise is that the boys have become men.  Hardly.
Michael loves comic books and sleeps on Captain Astro sheets.  Brian, having a testicle removed has to haunt the bath house to prove to himself his masculinity is not diminished and he is still "hot" and ever so desirable.

IN CONCLUSION,  this series left me feeling completely upside down.  There was little I could relate to from my world.   The characters were emotionally indulgent creatures who lost the ability to relate in a normal way to others.  Their lifestyles were obsessive-compulsive and addictive.

The characters were self-absorbed narcissists and all leaned heavily to overcompensation. I felt the take-home message was that society at large (heterosexual) should celebrate their sexual exploits and neurosis.

I feel this series is another form of human Terra-forming.  Molding the masses to the Illuminati grand plan.  My only hope is that there are those of us who remember what a moral, just, and pure life can be. A life absent of the obsessive pursuit of carnal desires.  Where tenderness, respect, generosity and real affection rule.
---
Also by Sasha Spencer

Feminism Leaves Bitter Taste When You are Unemployed

Why is Organized Jewry Promoting Homosexuality?

Comments for ""Queer As Folk" show Made Me Nauseous "

I realized I was gay since I was at the kindergarten, I became an architect. Now I'm 41 but, during my college time I began to frequent gay bars in order to meet guys like me.

At the very beginning I wasn't expect nothing serious to happen (same as heterosexual), but as time passed, I've got involved in more serious relationships. When QAF was aired on HBO channel ( I was 32), for gay males and lesbian, it was the ultimate on TV shows. In some way QAF brought to the light how gays day-by-day lives were (apparently), and in the gay circles everyone identified his/her self with a character, or unless dreamed of "characterize" his/herself as one of them.

Mine was Brian (the advertisement creative and the cynical one). Like him, I became promiscuous and used to spent really wild nights with my best gay friends. The so-over-the-top time came when I spent some holidays in Europe. Then I got back to my country and realized I was almost out of control, and I began to stop.

I have a christian-catholic background with a so loving family and into all this craziness I knew something was wrong. I began to run on-track again and at the end of the training I used to meditate while stretching. I´ve learned by the Internet and some books and articles about this New World Disorder, and pitifully, the truth was found...as others I have been deceived.

QAF is nothing less than a subverting manipulative program from Hollywood pretending to "expose" a gay/ lesbian day-by-day life which differs a lot from reality. The problem is that this TV show as other as Sex & The City or Nip Tuck, became iconic and popular. At the end, gays as straights we look for the same thing, someone to love and care, human beings.

We have plenty of love and we need to give all this love or in the contrary we could drown. Thanks to God I re-discovered myself at a good time and found that I was a tender and loving being and luckily now I share my life with another loving and smart partner. Something key to think about in QAF is the name of the night club present in every chapter "Babylon" and don't the Illuminati came for the first time in the U.S. through Pittsburgh?

I live in England and fortunately as yet we dont have such discusting programmes on our TV screens.

To appreciate more of what is going on here I would suggest anyone to read the e-book Full Disclosure , its available to read via truthseeker.com AIDS is man made and was designed to kill on mass. AIDS was spread by vaccines but it hasnt killed and spread as fast and as wide as they had planned or hoped.

Having now learned about this "Queer as Folk" series , its pretty obvious that they want to spread AIDS much faster by encouraging promiscuous sex for those that have a taste for it. Also note that Gay Marriage is being introduced all around the world right now, even though gays never actually asked for it!! Gay couples as a rule don't want to adopt children and become like a proper family, most seem to want promiscuous sex-life.

Like you, I have nothing against Gays as long as they keep themselves to themselves and its not being promoted as the norm and being hetero as being abnormal.

Honestly, everyone should read "Full Disclosure" its a very scary book but better to be informed about what is really going on. Its not for the faint heart-ed!!

The way things are going (America has a black non US Citizen , Muslim President) you will have a Gay couple as future President maybe!! Lets hope common sense prevails before such an event!! Not much Common Sense around these days.!! We live in hope...

Here is my one line review of this kind of shows:
Putrid and disgusting.

But then, to satanists and such, I suppose, it all seems wonderful and "liberating" !

Henry, the mainstreaming of depravity is right in line with another goal of the Illuminati, i.e., drastic population reduction. Since AIDS and these various lab-concocted flu strains have not had the desired effect of erasing huge blocks of humanity, I think the elite (be they cultural, educational, business or government) believe that normalizing homosexuality will eventually result in fewer people. They certainly are a demented subgroup of mankind.

Well written article by Sasha. I'm sure Sasha took little pleasure in the research component prior to writing.

I may have stumbled upon something that might reinforce the argument that gays are being used by the illuminati to weaken us morally and spiritually, thus break us further into their compliance. I wondered who was the brainchild behind queer as folk, and it appears Daniel Lipman and Ron Cowen were a gay, Jewish couple.


If you read the attachment below, some readers may be surprised that the ' producers' met with flak from their own gay community, as it did not accurately portray gay life. So not only does it appear that the content of ' queer as folk ', was received as offensive by heterosexuals, but possibly from many quarters of the homosexual community as well.

Was it meant to degrade homosexuals too ?

If not, why all the depraved animalistic loveless sodomy and fornication ?

The show's portrayal sounds pretty accurate to me and the producers defended it as such.

Gays are notoriously prone to self denial and self delusion, and many would find this mirror image as disgusting as heterosexuals do, and would like to disavow it.

Very disturbing! There seems to be a big misconception about the propagators of this kind of trash. They believe these people to be normal heterosexuals that have an agenda to pervert the masses. Not true, most of these "agents of Satan" are gay themselves. It's like believing that drug dealers aren't drug users when in most cases they are. A lot of what goes on here in the American Cinema goes on in Israel. This is an attempt to create a "learned behavior" void of all morality and purity.