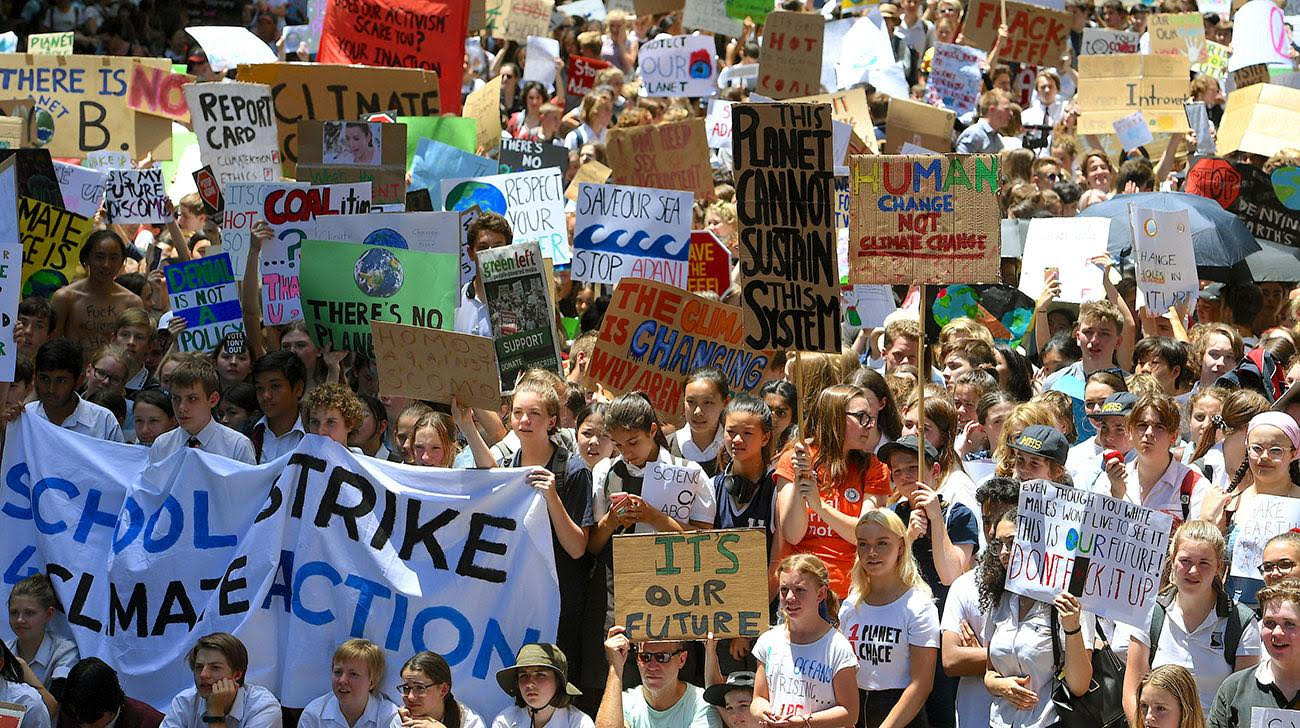 This image from Friday protest, Sydney, Australia, November 2018
Bankers' Children's Climate Crusade  (from Andrew)
THE INTERCEPT INVITES you to watch a special event 6:00pm in New York City this evening, hosted by Intercept senior correspondent Naomi Klein, author of the forthcoming book "On Fire: The (Burning) Case for a Green New Deal," and headlined by trailblazing climate activist Greta Thunberg, author of "No One Is Too Small to Make a Difference."
We're supposed to believe that an autistic 16-year-old, Greta Thunberg, single-handedly created The Global Climate Strike a year ago when she started skipping school on Fridays to protest Climate Change outside Sweden's parliament. Purportedly like magic and without any outside funding or organizational support, kids around the world began to follow her example skipping school on Fridays to demand action on climate change. 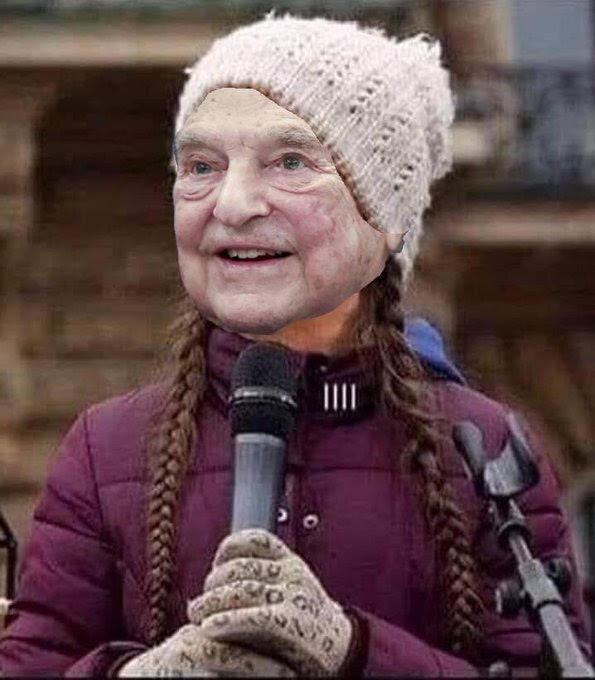 Why would the Global Elite like Soros select an autistic, clinically depressed teenager with learning disabilities like Greta Thunberg? To begin with, it's harder to criticize a handicapped person. And of course a teenage alarmist must behave as simple-mindedly as her supporters so they can think they are as smart as her.  And children are traditionally gullible and easily misled, so Greta is perfect for this hoax...
I learned about The Global Climate Strike firsthand last May 10 (which was a Friday) in Rome when on tour with a private guide at Piazza del Popolo (People's Square). It began with 300 or 400 young girls (13-16 years of age) marching in with whistles blowing and began to chant in Italian. I couldn't hear my guide, so she suggested we take a cab to The Pantheon to escape the noise.
In the cab, my guide explained that these were children's climate protests and that they had been getting worse. The cab driver understood English and chimed in that there were several other children's climate protests in progress in Rome that afternoon. They weren't protesting at the Pantheon so there we continued my tour, but worldwide The Global Climate Strike is huge.