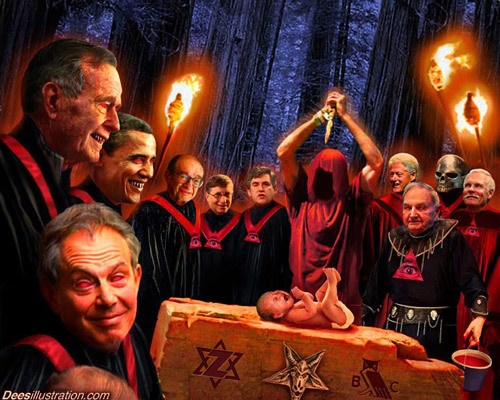 Did God raise us up over thousands
of years only for us to fumble the ball?
The truth is so painful to read.
We don't want to face reality.
A Canadian reader, Marco, 28, can.
"This is full-spectrum warfare for our minds and souls.
God is on the side of the one who is genuine and stands his ground;
you can't deceive Him and He has written His law on all our hearts."
by Marco
(henrymakow.com)
Good on you brother for sounding the alarm once more. ("We are Mental Prisoners of a Satanic Death Cult")
It's really that basic and horrible -- a Satanic cult rules society. This is becoming increasingly clear. Every point you made is pertinent and legitimate.
Even people who don't believe are seeing the madness of society and how bad things are getting. Even from only five years ago, society is unrecognizable!
Children being robbed of their innocence, cruel violence, pornography on mainstream television, people totally blind to the Word of God or even natural morality -- no one gives a shit about anyone else ... Rape, murder, sexual deviancy, political warfare, homosexual madness...
When you go home from work every night to just wag the dog, watch your violence and porn on Netflix or waste your God-given life playing video games how can you possibly be anything but a slave to Satan -- wake up. God created you for something important! 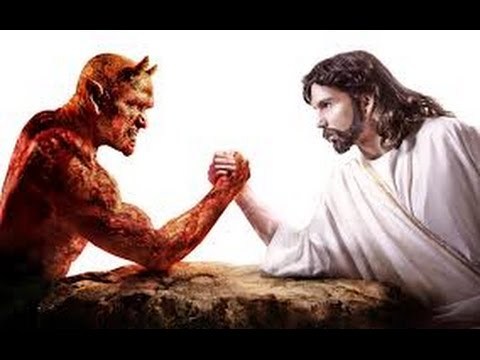 A great divide is happening and people are choosing their side whether they know it or not. It's simple -- be a slave to Satan or stand with God.
Doesn't matter who you name as God if you are from a different faith, but if He has the virtues of beauty, hope and love you are probably on the right track to Christ.
People are going mad. I keep meeting women who take some sick pride in being nothing more than whores of the worst most narcissistic quality, like some she-demons. I guess that's the fruit of demon of Feminism -- total destruction of the woman.
I meet men who don't give a damn about anything but their wallet and position in society or how they appear to others. Even so-called Christians are lost in the vanity of this World, constantly putting how they appear before their so-called Christian community before how their hearts appear before God!
Man, I've been taken to town by my own people and spat on like some sort of peasant! I have to keep my head down in Church sometimes, but better a peasant and "bad Christian" than a Pharisee that is purely external but dead inside.
The purity of heart before God is everything but no one gets that!
This is full-spectrum warfare for our minds and souls. God is on the side of the one who is genuine and stands his ground; you can't deceive Him and He has written His law on all our hearts. People need to wake up but how often has that been preached? Only the Holy Spirit can open eyes that have been blinded by the Devil.
We have both been observing this insane rollercoaster long enough to conclude that we must be nearing the end. I feel like every time we meet, the world is in yet another lower level of Hell. When this newest young generation grows up God's name is wiped from the Earth; God help the poor people who live then who still believe (in other words "Me" haha).
It doesn't have to be this way, but we need more people willing to put themselves on the line and sound the alarm.
Good for you man... you're heroic to me, seriously. I still have a lot of hope. When things get really dark, God raises his servants up from obscurity who He has been purifying and preparing to push against the tide.
This is a human story and God is still really involved and loves us all individually. We need to believe that more than anything now and not be afraid of anyone or anything. Everything will be okay in the end.
---------
Related - "Soul Scalping"  More evidence we are run by a satanic cult    (Facial bruising may be a ritual signifying devotion to the devil)

First Comment from Ken Adachi
Good stuff. It's great to read this degree of clarity from a younger person. And he makes a good point; that the degree of degradation and subversive imposition that we have been subjected to in the past 5 years ALONE is astounding and dramatic. However, we STILL possess the ability to reverse the Course of Evil and to right the Ship of Western Civilization by using our Thoughts, Will, Imagination, Determination, and Actions to thwart, stymie, and confound those who are Servants of Satan.
As E, Michael Jones astutely observed in his Oct. 15 interview with TruNews (on the deception of Christian Zionism ), God permits evil to take place (and even flourish) in order to preserve for Man the endowment of Free Will that we may CHOOSE for ourselves what course we will take.  So while the forces of Evil exercise their Will to  destroy and devolve humanity, we can equally exercise OUR Free Will to stop them and re-establish the order which we desire for a free, just, and benevolent society.
Since people of Good Will outnumber the Zionist evildoers and their minions by a vast number, it shouldn't be that difficult to overcome their destructive agendas and Quislings But we have to DO something, and not just engage in wishful hoping - or expect someone ELSE to do it for us.
THINK of what you can do to push back against the JWO Marxist destruction of the American Way of Life,  for the sake of your family, your kids,  and that of your friends and relatives. Then get BUSY and DO it (like Henry Makow or E. Michael Jones or dozens of others who are Lighting the path for you to see).
--
DD writes-
It is a very simple plot! The elites planned the whole caper that we call "Civilization". It was meant to deliver earth and it's contents into their hands. Now they are in the endgame! They have succeeded in their perfect execution of The Protocols of Zion. We are just waiting for the kill-shot.
This kill-shot might be WW3. The Samson option remains to be executed!  It might be lab-created viruses that are more destructive than anything we have seen before. Why would they kill off so many micro-biologists? If they can spray chemtrails with impunity, they can spray anything they wish. Or, it may be the collective effect of ALL eugenics methods that does the trick: spraying the skies, 5G and EMFs, space-based lasers, GMOs, food shortages, pharmaceuticals, poisoning water systems, blowing up nuclear reactors, destruction of eco-systems (already advanced), etc, etc.
Religion gives God the attribute of interference. They aver that God WILL do something, even if the present hour grows darker. Religion patented a kind of God and a way of life for their purposes, not because they believe in truth. Like satan, God uses human bodies. The elites system makes it easy for satan to use the majority of human bodies. God, therefore, lacks the manpower he needs. The elites have us by the heads, and very very few can break that hold. Dumping the garbage that the elites gave us as knowledge and culture are beyond too many. Survival compromises the efforts to break free. The satan within defeats every effort to break free! Until people accept the truth of their 'within', there will be no change!
Life is not to be lived for achieving heaven. Souls came from heaven and will return there. That heaven is a dimension, not the religion-created version. The dark side within is a species which is the polar opposite of the soul. It will return to hell, unless it lingers on earth to possess more bodies. Soul's duty is to fight the darkside. This is the life we should be living. The dark side is fighting you: as the elites, the dark side society and the dark side within. The tribes and colors that take part in the sex trafficking network/school, are all dark side! The dark side within teams up with the bad bacteria and viruses to defeat the soul. If souls don't fight back against these, it becomes a hopeless case. Now you understand why you must have your flu shot!
Religion is a tool of the elites. Check your history of biblical editions. Hinduism has even more lies. You can believe Benjamin Fulford if you want. This endgame will be successful if souls do not rise up and defeat the dark side elites. Souls can only win if they retake their bodies and create a circumstance where God can use them. Nostradamus is a joke! The Kalki avatar is a joke! Do not expect God to do physical acts to save us. Do not expect God to do subtle engineering to clear away our enemies. Do not believe that God is the boss of earth, and is using the elites and everyone else for his purposes! The elites hope that you remain stuck in forgiveness (while in a war), or keep waiting on God! The knowledge in religion is fake, like almost all other elite-derived knowledge, including mainstream media news. Belief is your enemy, truth is your friend. Belief does not work, truth does!

I can empathize with Marco here. Yes, the world has changed drastically in just these last 5 years. The quality of life that existed 20 years ago almost seems like a century ago.

There is a new de- humanizer on the block, it's called technology. And, as we continue to technologically advanced the more anxious and unsettled we will become. Life was not meant to be run by computers and robots. Today, when computers stop almost everything stops along with it. We live in a constant state of anticipation that prevents us from enjoying the moment and our lives.

Once the computers and robots take the rest of the jobs away our character and self-esteem will continue to erode as we become worthless contributors to society.
It's this same technology that will destroy us in the end. The damage already done to the planet is almost irreversible.

What has been written will come to be and no human being can stop it.