The End of Woman 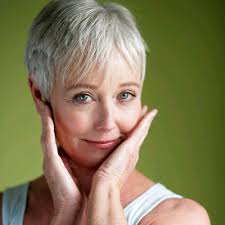 Thanks to feminism, femininity is almost extinct. This psychological genocide is called "women's liberation."
well endowed - not attractive, sexualized, but the charteristics that make women attractive
are feminine


When culture is controlled by Satanists, "progress" is defined by them.

I have been attending a small vegetarian cooking class. The teacher is a woman aged 70 who could pass for 55. There is another female classmate, a French Canadian retired teacher in her 60's who is also quite vivacious.

Normally I don't notice women my age (almost 64) but there is something uncannily different about these ladies. I felt so relaxed in their presence that I almost fell asleep. Then I realized what it was: these women are feminine. I had stumbled upon a species that is almost extinct: "woman."

Like myself, these women came of age in the 1960's, a time of transition. But, in high school, girls still took home economics and boys took shop. Boys asked girls out on "dates" - to dances or the movies. Premarital sex was still frowned upon and illegitimate children were called "bastards."  A popular song had the chorus: "Love and marriage, love and marriage, go together like a horse and carriage." We were taught to question authority, not our gender.

What is it about these two cooking class women that define "feminine?" If I had to choose one word, it would be "vulnerability." These are women who do not kill their own snakes. They rely on a man, their husband, to protect them and for direction. They do not compete with men.

Another key word is surrender. You feel that a loyal man with vision and determination could could earn the life-long devotion of women like these. This is how two people become one.

Surrender and sacrifice, based on trust, is how a real woman loves. Of course,a man must earn and keep this trust. A wife's sacrifice inspires a man to sacrifice, i.e to provide for his family.

Both men and women have been grievously injured by the Illuminati social engineers who have undermined gender and marriage with the complicity of our government, media and education system. Women have been "empowered" and men emasculated. The purpose is to neuter and re-engineer humanity as a slave race.

Women were designed by nature to sacrifice and surrender for family.  But feminism taught young women to be "strong and independent" and regard men, marriage and family with suspicion. As result, women have been deprived of fulfillment they crave and can only achieve through selfless dedication to a loving husband and children. This also extends to their sexual fulfillment.

Women used to be essentially different from men. Their focus was the home.  Their spirit made them a refuge and harbor for a man. Their energy balanced his energy.

Young women today are so busy pursuing careers, they are barely distinguishable from males. Feminism has fitted many with a psychological penis.

Many suffer from what I call "personality deficit disorder." They may have looks but they have little personality, style or charm.  They can't be men, and they don't know how to be women. They are mutants.

In contrast, there is a lightness and charm about feminine women of my generation. They don't take themselves so seriously. A man can relax in their presence. They are still girlish and attractive in their 60's and after.

Under the guise of gay and women's "rights", the Illuminati has waged war on gender and has crippled heterosexuals psychologically.  Only Satanists could attack the love between husband and wife, mother and child. Men today are always portrayed as feminine and pussy-whipped. Women cannot love these men.

The essence of masculinity is power.  My advice to young men is to find a rewarding career that you enjoy. Define a vision for your life and a place for the woman in it. Then help a young woman find her fundamental feminine nature by accepting you as her leader. You must be the boss or a woman won't respect you. You will be her brother or son.

Comments for "The End of Woman "

I've seen very few women wearing dresses that on the occasion I do I would like to personally thank them for wearing a dress and how feminine and charming I find it and how they epitomize a real woman. Not usually able to thank them, unfortunately.

Welcome to the club

Through all these years of my life on planet earth, I learned that if I wanted a puppy for companionship, I let the dog chose me instead
me choosing the puppy. I found out through trial and error, that this principle also works well for a man, as it did for me, of course with my
approval.

However, having been raised on Hollywood movies and a TV diet in my early years, the emphasis was always that the guy chases the girl of his dreams. This did not turn out very well in real life after all. Woman likewise were indoctrinated to follow the movie script and let a man pursue her and at times made the wrong choice as a result of this indoctrination. I do believe, that this was all part of an experiment to change our western culture and society. The outcome:

A now a fragmented society were all the norms of the past have been cast aside and only a miracle would change this spiral into depravity.

I think there's a complicated psychology at work among modern men when it comes to feminism. Their emasculation often takes the form of over-compensation - they don't have the cojones to challenge the feminist consensus, so they overcompensate by adopting a caricature Hollywood version of masculinity, which amounts to having (or feigning) an exaggerated interest in sport, violent films and video games, heavy metal, whoring around, etc.

Of course given the Freudian nature of modern feminism, which is predicated on women aping everything men do, the women also adopt this faux macho lifestyle, and so we end up with a vicious circle whereby women adopt all the most boorish traits of men, while men cravenly submit to the new world order political and cultural brainwashing, and are thereby rendered intellectually and spiritually passive, and as such totally feminized in the psychological sense.

In the early 1990's I was working at a very successful national record store. This store is out of business today, but you would the trademark bright yellow bags with red letters it was also a pretty good place to work that was until things changed drastically especially toward it's sexual harassment policy. A male employee could no longer "compliment" a woman's appearance, clothes etc. this resulted in several firings.

It seemed that nearly half of the employees loved this new rule and adhered to it with zeal,creating a harsh work environment. It didn't take but a week or two after the new policy was implemented that all the employees were at each other's throats and our store as well as others had numerous lawsuits involving the new sexual-harassment rules.

As you know, many times when one goes to Youtube, one is forced to watch an ad before they can see their chosen content. If you’re lucky, a “skip ad” button appears after a few seconds, and I ALWAYS skip the ad… even if it’s a product or a movie that looks interesting, I will skip ad simply out of principle – if I wanted to be advertised to, I’d dust off the television and have my fill of jingles and products and scripted testimonials…

The other day, my son asked me to watch something and the ad below came onto the screen. I was absolutely frozen. A beautiful girl in a gorgeous dress – on a toilet. She then proceeds to say things that should never come out of a female mouth… I could have pressed skip ad, but I simply could not believe what I was seeing… I don’t know if you’ve seen this yet or not, but I thought of what you said in a recent article about disgusting bodily functions now passing for witty humor… THIS takes the cake.

The saddest part? There is a way that this could have been advertised WITHOUT being absolutely obscene…

(sheesh I feel gross SENDING THIS!)