Makow- The Social Contract is Broken 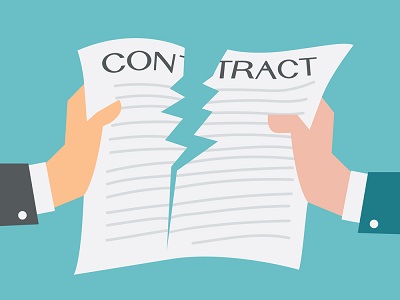 What is now happening
in the US mirrors
the 1917 Bolshevik Revolution.
Will it be followed by a
Red Terror?
"This is the test. If Trump retains the Presidency, he is a genuine American patriot. But if he doesn't, it means he took a fall because he is beholden to the same people as the Communists."
by Henry Makow PhD
The social contract guarantees personal freedom, democracy, and justice in exchange for the obligations of citizenship.
"No taxation without representation" was the battle cry of the American Revolution.
This contract has been severed by two world-changing events:
1. The upgrading of the common flu to a "pandemic" in order to rob millions of their livelihoods and enact drastic, political, social, and economic changes outlined in UN Agenda 21. Include the preposterous idea that they can vaccinate the whole world against an ailment with no symptoms and a minuscule death rate. And exclude you from society unless you submit to a vaccination which is no different than rape. 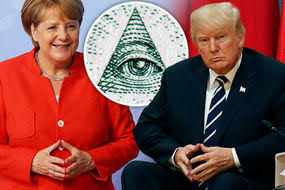 2. The blatant theft of the 2020 US Presidential election with the complicity of the mass media, corporate America, Dept. of Justice, the FBI, and possibly Trump himself. Communists have been rigging elections around the world for decades.   It is very hard to believe that Trump did not know that George Soros' Antifa was counting the vote.
What does this mean? We have been egregiously betrayed.
Clearly, a Communist one-world government is already in place. It is based at the UN, the WHO, the US Demonrat Party, and China. It seeks total control over our lives combined with total surveillance.
They have imposed an identical covid template worldwide: masks, social distancing, lockdowns, remote learning, plexiglass, floor signs, etc.
The Masonic Jewish (Satanist) central banking cartel is behind all of this. They control all corporations; this is why their advertising promotes homosexuality, white displacement, and miscegenation instead of just a product.
The ultimate goal is outlined in The Protocols of Zion, to dispossess and enslave humanity, starting with Europeans.
"IT IS INDISPENSABLE TO... UTTERLY EXHAUST HUMANITY WITH DISSENSION, HATRED, STRUGGLE, ENVY, & EVEN BY THE INOCULATION OF DISEASES, BY WANT, SO THAT THE "GOYIM" [ACCEPT] OUR COMPLETE SOVEREIGNTY IN MONEY AND IN ALL ELSE." Protocols of Zion, 10-19
We gave our national credit cards to people who want to destroy us. They create the medium of exchange, our "money" out of nothing as a debt to themselves. We could do this ourselves debt-and-interest-free. They intend to extend this monopoly over our credit into a monopoly over our souls. This cancer is the source of our problems. 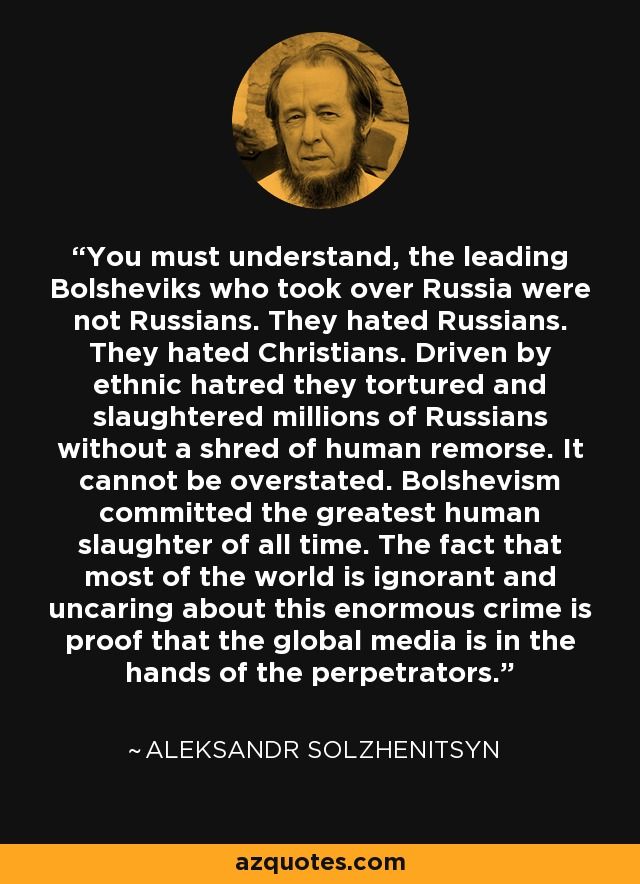 If Biden assumes power, we can kiss civilization goodbye. We'll see reality turned upside down; truth, reason, merit, and justice will be replaced by Communist shibboleths designed to destroy us.
The American equivalent of the Bolshevik Revolution is happening right now. You can bet that if Biden gets confirmed, people who voted for Trump will be persecuted. Read James Perloff's article, "Do Americans Face a Red Terror?"     Read what the Cheka did.  The Demonrats have already made noises about exacting revenge and reeducating 70 million Americans. What if they decide it is easier to kill them? I am sounding an alarm here. If Biden is confirmed, they'll come after Conservatives.
TRUMP
Unfortunately, Trump may be a Kerensky figure, a midwife to Communism.
Like Kerensky, Trump is a Freemason. Communism and Zionism are the two pincers of Freemasonry. Freemasonry is the instrument of Organized Jewry, which is controlled by the Rothschilds.
Are we kidding ourselves? Trump is in favor of mass vaccinations. He allowed Bill Gates and Fauci to commit this atrocity.
Is this man seriously interested in preserving freedom? Trump supports what Israel is doing to Palestinians, what Saudis are doing to Yemenese. He menaces Iran on Israel's behalf.
This is our defense against tyranny?
This is the test. If Trump retains the Presidency, he is a genuine American patriot. But if he doesn't, it means he took a fall because he is beholden to the same people as the Communists.
Civilization is hanging by a thread. A New York Jewish gangster is our only defence against a Dark Winter for eternity.
See why I am anxious?
------------------------
First Comment from JG
Americans might want to read up on the Bolshevik Russia of the early 1900s to get a glimpse of their future if they continue to remain silent and compliant. In case you haven't noticed, all the cooperation that the American public has given to this unelected Covid Party and their unlawful orders has done nothing but cost them jobs, social isolation, sickness, and never-ending threats if they don't keep complying with these unlawful orders.
We can continue to play this game of cooperation and deceive ourselves by thinking things will get better if we do, or we can put the ball back in their court by refusing to be a part of this exercise in control anymore. If nothing is ventured, nothing will be gained.
Wesley Everest writes:
I stand with you on this one, Henry.
Why wasn't there an Economic Suicide Hotline in April the citizens could call and be talked out of volunteering closing their businesses? OR someone that could talk you out of quitting your menial job for a 1200 payout from your great-grand childrens' piggy bank. OR have a reasonable person on call that can explain the insanity of the mask that you insist on wearing? 1-800-DUM SHIT
I'm not going through these times blaming the Communists, the mainstream media, my Governor, all the phony political creatures - DaJooze.  We, as a people, consented to jump through hoops for the Boss's demented pleasure.  We were conditioned by several generations reporting to work on a daily basis with our heads down and asked to do the most ridiculous shit. And we did it dutifully, no questions asked. We complied even as we knew much of it was untruthful or illegal.  We do as we are told.
The "beefer", or complainer, gets run off the job. Asking too many questions. One.
We will voluntarily walk to the boxcar.  We will voluntarily dig a hole.  And we will voluntarily take a round to the back of the head standing at the edge of the hole.
The tax-cattle consented and should be responsible for it.
My politics is how I live, not how I vote.  I DO NOT CONSENT.
https://escapedwageslave.blogspot.com/2020/03/bunny-hutch.html
----------------------------

Comments for "Makow- The Social Contract is Broken "

Canada, Great Britain, Australia, New Zealand, all under lockdown. Their rights are gone. Police act with impunity. Where is the fight from the population? Crowds easily could overwhelm the police. Peaceful protests at this stage only aid the tyrannical leaders as it openly identifies who the leadership is. Roundups, when they come, will be effective and fast. Polite anglophiles will open their doors and go quietly to their doom. Lists are made, camps are built. False flags will give justification to what comes next.

I agree with you 100% and I'm starting to feel anxious and worry also; it really seems like it's about to get real ugly in North America. I'm already thinking of escaping the USA as soon as they come up with forced vaccines, which it could happen quite soon. People will end up in covid camps, maybe in the near future. Also, Antifa and BLM will be given the green light to terrorize the people in the suburbs; the red terror might be almost upon us. If Donald turns it around we might have some relief, but don't be fooled, he is a cabalist first and he is all in with the coronahoax.

Recommendation for everyone: keep super healthy and strong and start looking for a rabbit hole out of the first world. Because the shit will hit the fan soon.

I think that the entire election is really just a distraction. Both Biden and Trump want the vaccines put into every American at the same time, which will induce many side effects and possibly millions of deaths. This will weaken America and she will be ripe for an invasion or at least a take over as people are far too sick to defend the Country. It also allows for many other agendas to push forward. Trump has said nothing about the safety of the Vaccines and even laughs about it. The two-headed Eagle he likes to show off is Lucifer providing two agendas to the same goa

Read your article. With everything that is at stake, I choose The Jewish Gangster from New York any day over The Chicom Gangster.

At least The Jewish Gangster, would not seek revenge on 70 million-75 million people.