In 2009, WHO was Accused of Planning Genocide 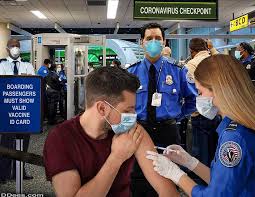 In 1995, Canadian doctor Ghilslaine LanctÃ´t warned that the elite and their minions will introduce a compulsory vaccination that will contain a deadly virus and this will be used specifically as a eugenics weapon for "massive and targeted reduction of the world population."
WE ARE EXPERIENCING THE CLIMAX OF A CONSPIRACY DECADES IN THE MAKING
Kurt Nimmo wrote this in 2009--"Considering the track record of the global elite, the government-mandated vaccination program now in the works -- as Ghislaine LanctÃ´t and Jane BÃ¼rgermeister warn -- will serve the eugenicist plan to depopulate the planet. A contrived pandemic will also set the final stage for the implementation of martial law and a high-tech surveillance and police state grid."
Kurt Nimmo uses Ghislaine Lanctot's 1995 book, "The Medical Mafia" to introduce Jane Burgermeister's 2009 lawsuit.
Canadian Doctor. H1N1 Vaccination: A Eugenics Weapon for "Massive & Targeted Reduction of the World Population."
by Kurt Nimmo
(henrymakow.com)

Canadian doctor Ghislaine LanctÃ´t, author of the Medical Mafia, 1995 (Pdf) has underscored the lawsuit recently filed by Austrian journalist Jane BÃ¼rgermeister against the WHO, the UN, and several high ranking government and corporate officials. BÃ¼rgermeister has documented how an international corporate criminal syndicate plans to unleash a deadly flu virus and institute a forced vaccination program. 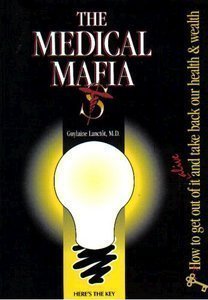 "I am emerging from a long silence on the subject of vaccination, because I feel that, this time, the stakes involved are huge. The consequences may spread much further than anticipated," writes LanctÃ´t, who believes the A(H1N1) virus will be used in a pandemic concocted and orchestrated by the WHO, an international organization that serves military, political and industrial interests.

LanctÃ´t warns that the elite and their minions will introduce a compulsory vaccination that will contain a deadly virus and this will be used specifically as a eugenics weapon for "massive and targeted reduction of the world population."

Moreover, a pandemic will also be used to further establish martial law and a police state, according to LanctÃ´t, and activate concentration camps "built to accommodate the rebellious" and eventually transfer power from all nations to a single United Nations government and thus fulfill the sinister plans of the New World Order...

She writes, "for the health establishment, the subject of vaccination was taboo. Unknowingly, I had opened a Pandora's box. "I discovered that, despite official claims, vaccines have nothing to do with public health. Underneath the governmental stamp of approval, there are deep military, political and industrial interests."

During her trial in 1995, LanctÃ´t used an episode from the March 11th, 1979, 60 Minutes TV show covering the massive vaccination program foisted on the American public supposedly in response to the 1976 swine flu outbreak.

It was later established by the CDC that the virus originated out of Fort Dix in New Jersey. "The Fort Dix outbreak may have been a zoonotic anomaly caused by introduction of an animal virus into a stressed population in close contact in crowded facilities during a cold winter," note Joel C. Gaydos, Franklin H. Top, Jr, Richard A. Hodder, and Philip K. Russell.

It was also characterized "a rare example of an influenza virus with documented human to human transmission," according to Johns Hopkins Bloomberg School of Public Health in Baltimore. The virus is "thought to be a direct descendant of the virus that caused the pandemic of 1918," explained Richard Krause, director of the National Institute of Allergy and Infectious Diseases at the time.

"Public health experts, fearing a possible replay of the 1918 pandemic, engaged in an intense debate about how to respond. Eventually they launched a nationwide vaccination campaign, which was announced by President Gerald Ford in March. By the end of the year, 48 million people had been vaccinated," write Robert Roos and Lisa Schnirring of the Center for Infectious Disease Research & Policy. "But the feared pandemic never materialized."

Instead, numerous people came down with Guillian-Barre syndrome, a paralyzing neurologic illness, after receiving the government-hyped vaccination.

LIKE SARS AND BIRD FLU, THIS SWINE FLU SCARE IS NONSENSE

More than 33 years later, according to Dr. Russell Blaylock, a board certified neurosurgeon, "we are hearing the same cries of alarm from a similar lineup of virology experts. The pharmaceutical companies are busy designing a vaccine for the swine flu in hope that this administration will make the vaccine mandatory before another vaccine-related disaster can ruin their party.... Like SARS and bird flu before it, this swine flu scare is a lot of nonsense. Just take your high dose vitamin D3 (5000 IU a day), eat a healthy diet and take a few immune boosting supplements (such as beta-1, 3/1, 6 glucan) and you will not have to worry about this flu."

ECHOES OF THE PRESENT

According to a source known to former NSA official Wayne Madsen, "A top scientist for the United Nations, who has examined the outbreak of the deadly Ebola virus in Africa, as well as HIV/AIDS victims, concluded that H1N1 possesses certain transmission "vectors" that suggest that the new flu strain has been genetically-manufactured as a military biological warfare weapon.

"Obviously, in light of the current swine flu scare, and the new strain's possible synthetic origin, the fact that virus samples may have gone missing from the same Army research lab from which the 2001 anthrax strain was released is extremely disturbing," Paul Joseph Watson wrote at the time.

Jane BÃ¼rgermeister "charges that the entire 'swine flu' pandemic business is premised on a massive lie that there is no natural virus out there that poses a threat to the population," writes Barbara Minton for Natural Health News. "She presents evidence leading to the belief that the bird flu and swine flu viruses have, in fact, been bioengineered in laboratories using funding supplied by the WHO and other government agencies, among others. This 'swine flu' is a hybrid of part swine flu, part human flu and part bird flu, something that can only come from laboratories according to many experts."

Using the "swine flu" as a pretext, the defendants [in BÃ¼rgermeister's lawsuit] have preplanned the mass murder of the U.S. population by means of forced vaccination. They have installed an extensive network of FEMA concentration camps and identified mass grave sites, and they have been involved in devising and implementing a scheme to hand power over the U.S. to an international crime syndicate that uses the UN and WHO as a front for illegal racketeering influenced organized crime activities, in violation of the laws that govern treason.

Obama's Bilderberg Health and Human Services Secretary Kathleen Sebelius -- and Bilderberg member -- wants to make it easy for kids to get their toxin-laden eugenicist "swine flu" vaccine this fall. "Schoolchildren may be first in line for swine flu vaccine this fall -- and might even be able to get the shot right at school," the Associated Press reported on June 16.

As we noted last month, the government appears to be planning a mandatory flu vaccination program. In a recent article on the unfolding economic collapse, Rep. Ron Paul warns that the hysterically hyped H1N1 flu "pandemic" may result in the government requiring mandatory flu vaccinations. "Nearly $8 billion will be spent to address a 'potential pandemic flu' which could result in mandatory vaccinations for no discernible reason other than to enrich the pharmaceutical companies that make the vaccine," writes Paul.

Considering the track record of the global elite, the government-mandated vaccination program now in the works -- as Ghislaine LanctÃ´t and Jane BÃ¼rgermeister warn -- will serve the eugenicist plan to depopulate the planet. A contrived pandemic will also set the final stage for the implementation of martial law and a high-tech surveillance and police state grid.

-- 2009 Lawsuit charges elite plan mass genocide
---
First Comment fro David C
I disagree with the theory (not science) that viruses exist as contagious pathogens, rather they are "exosomes", part of the body's regeneration system - usually erroneously called the "immune system". Some sources are: nofmorefakenews.com, Dr. Andrew Kaufman, and Dr. Thomas Cowan - who wrote "The Infectious Myth".  The so-called "Spanish Flu" was caused by vaccines, as the other epidemics attributed to viruses also were.  Humanity needs to learn that contagion by airborne contagions is a myth, rather illnesses are caused by toxins in the air, food, and water, nutritional deficiencies, or bacteria in the soil (ie: anthrax and tetanus), which create toxins.