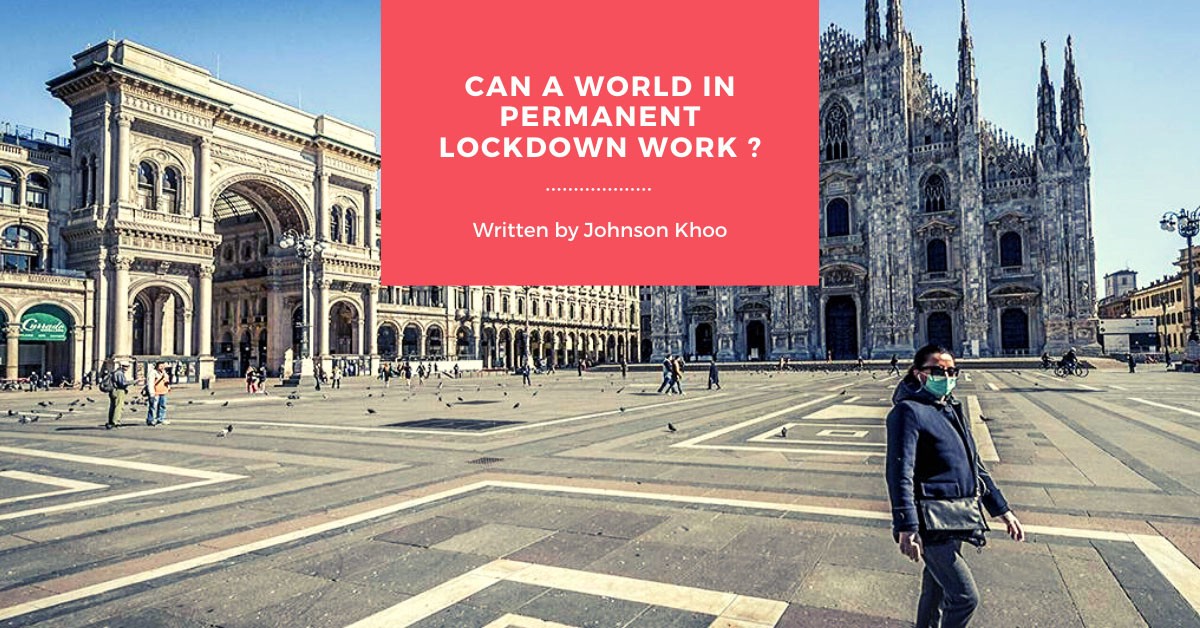 The last four years plus the election of 2020 have revealed that political solutions are out the window. A lot of conservatives should have known better, but maybe it takes a perceived disaster to shock some people out of their waking dreams. Elections, voting, potential third parties; it's all Kabuki theater. It's all a facade to keep us docile and under control.

The liberty movement cannot revolve around a single political figure. We cannot bottleneck out efforts into the hands of one man or one political party. The fight is up to us - each of us as individuals. It was ALWAYS up to us.

A different form of organization needs to happen if Americans are going to protect our freedoms; a grassroots approach from the ground up rather than the top down. There will of course be people who stand out as teachers and pioneers, those that lead by example. But overall, the movement will not be acting on orders from on high. Rather, it will be acting according to self-motivation. The liberty movement is not driven by personalities, but by shared principles which take on a life of their own.

I'm not worried about Biden. In fact, his presence may be the best thing to happen to conservative unity in well over a decade. The only thing I worry about, as noted, is who is going to stand their ground, and who is going to give in?

Biden may also be a wake up call for any moderate democrats out there who thought that by voting for a hair-sniffing corporate puppet they might put an end to the division and civil unrest in the nation. I think they will discover that Joe will attract even MORE civil unrest. He may even trigger more looting and rioting by Antifa and BLM during his administration than Trump did, by the simple fact these insane people will assume that Biden will be malleable and easier to exploit. 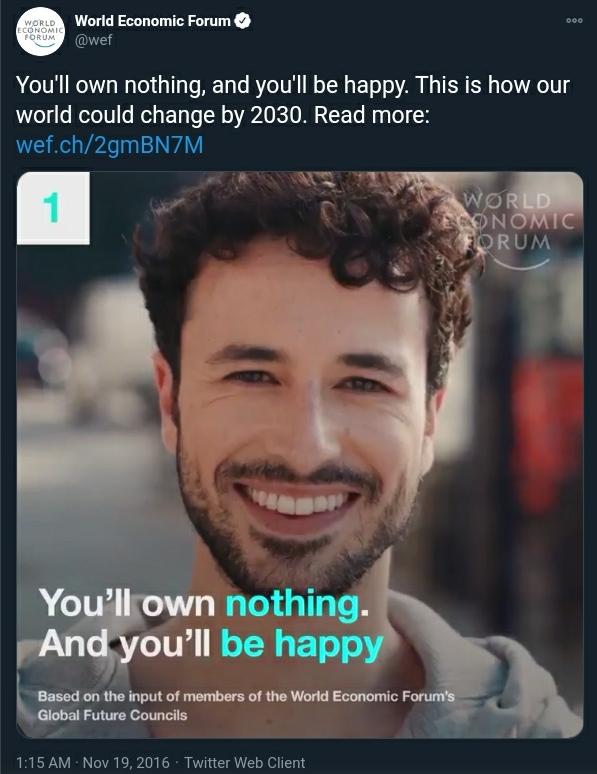 Biden himself is not all that important; he is nothing more than a foil for bigger events and a proxy for more nefarious people. His presence signals that the "Great Reset" agenda is fully green-lit. This agenda has a pretty obvious set of goals, many of them openly admitted to by the World Economic Forum, and some of them strongly implied by the extreme political left and the media. They include:

1) Perpetual pandemic lockdowns and economic controls until the population submits to medical tyranny.

2) Medical passports and contact tracing as a part of everyday life.

3) The censorship and de-platforming of all voices that oppose the agenda.

5) Greatly increased poverty and the loss of private property.

6) The introduction of "Universal Basic Income" in which the government becomes the all-powerful welfare provider and nursemaid for a generation of dependent and desperate people.

7) A cashless society and digital currency system where privacy in trade is completely erased.

8) creation of a "shared economy" in which no one will own anything and independent production is outlawed.

9) The deletion of national borders and the end of sovereignty and self-determination.

10) The centralization of global political power into the hands of a select few elitists.

Now, you would think that most sensible people would be opposed to such a dystopian agenda. It would inevitably lead to mass death in economic terms, as well as war. Unless you are a psychopath that gets a vicarious thrill from the brutal oppression of millions of people, or you are a globalist that stands to gain immense power, there is nothing about the Reset that benefits you.

That said, there will still be millions of useful idiots that support totalitarian policies, and they will act to enforce them. Some of them will be convinced that they are serving the "greater good", and others will think that they can "earn a place at the table" if they lick the boots of tyrants long enough. Bottom line? It's not just the globalists we need to worry about, it is also the contingent of zombies they have duped or bribed into serving the Reset.

The information war is about to take a backseat and a new fight is about to begin. But how will it start?

I believe the first test for conservatives will be Biden's pandemic response. The Reset agenda and the pandemic are closely intertwined. Do not be misled by calls from Democrats to reopen the economy; there are strings attached.

When New York Governor Andrew Cuomo stated that the state needed to reopen, or there would be "nothing left", he also consistently hinted that vaccination numbers needed to improve. There are two big lies involved in this narrative - The first is that the vaccination rollout has failed on a technical level.

They want us to believe that only around 60% of the first 2 million vaccine doses have been administered because the state and hospitals failed to get them to citizens fast enough. The truth is, as we've seen in numerous polls of Americans and medical staff, millions of people DO NOT WANT to take the vaccine. The situation in New York must be shocking to establishment elites; it's one of the most leftists states in the US and yet they can't seem to trick enough people into taking the shot.

The same is true across the country, and it's not because of bureaucratic failure, it is a propaganda failure.

Second, Cuomo's statements hint that though lockdowns are destroying the economy, vaccine saturation is paramount. The message is this - "Take the vaccine, or the economy will crash." The pandemic response is a carrot and stick approach: The lockdowns are the stick, and the re-openings are the carrot.

Of course, even if most people get vaccinated and submit to medical passports and contact tracing like good little slaves, this does not mean life will go back to normal. On the contrary, things will get much worse.

As I have noted in past articles like 'Waves Of Mutilation: Medical Tyranny And The Cashless Society', the globalists have admitted that the covid mandates and controls are going to be in place for many years, perhaps forever. Elites at MIT and the Imperial College Of London have written extensively about a strategy I call "Wave Theory", in which governments constantly batter the public with waves of lockdowns followed by brief windows of partial openings and limited freedom.

The re-openings are a trick, a way to release public tension like a steam valve and make everyone think that the crisis is almost over. Then, the draconian mandates are brought back once again. This will never end. The only way to stop it is to remove the globalists from power and crush the Reset agenda.

A new narrative is already being injected into the mainstream media hinting that even vaccinations will not lead to freedom.

Anthony Fauci and others have argued that those who are vaccinated still need to follow lockdown mandates and wear masks. This policy completely ignores the scientific FACT that the death rate of covid is only 0.26% for anyone outside of a nursing home. It ignores the fact that masks have been consistently proven to do nothing to stop the spread of the virus. It ignores the fact that hospitals across the US have remained mostly empty, with only 15% of capacity in use during Covid . And, it ignores the fact that the vaccines are barely tested experimental cocktails that even the former VP of Pfizer has warned might cause dangerous autoimmune reactions and infertility.

On top of this, more and more stories about "covid mutations" are hitting the news wire. They are supposedly more infectious and more deadly than the original (which runs contrary to the natural evolution of the vast majority of viruses), and the mutation in South Africa is also "possibly" unaffected by existing vaccines. There is no concrete proof to support any of the claims, but I think you see where all of this is headed, right?

My guess is that in about two months the CDC and WHO will announce a new global outbreak of a more deadly strain of Covid. They will say the current vaccines are ineffective, and that lockdowns must continue. Hundreds of millions of people around the world are savvy to the old covid-19 scheme, so the elites are going to introduce covid-20, and covid-21, and covid-22, etc.

Biden will call for Level 4 lockdowns similar to those implemented in Europe and Australia, and this is where conservatives must draw a line in the sand and announce that we are not subject to unconstitutional restrictions, that we are breaking free. This will be our first major test.

If you would like to support the work that Alt-Market does while also receiving content on advanced tactics for defeating the globalist agenda, subscribe to our exclusive newsletter The Wild Bunch Dispatch. Learn more about it HERE.

It's all contingent on how long the lies stand. A lie can only be effective if you get others to believe it and practice it.

The split in America is still there and even our new president can't change that. You can lead the masses to road to hell but it doesn't mean that all will follow you.

I will admit that an overwhelming number of Americans today have fallen to the doctrine of materialism and will do almost anything to keep the life of material abundance that they have. Unfortunately this is their religion and they will go along with almost anything and everything to maintain their lot even by tolerating almost every immoral decree you can think of like they already have. These are the same people who jump out windows when the stock market crashes. But, not to worry, because Wall Street will never crash again, right?
Just like this article says, it's up to the people to get their lives and their country back and that won't be achieved by compliance to rouge orders and falsehoods.

I agree with you.So true!I agree!