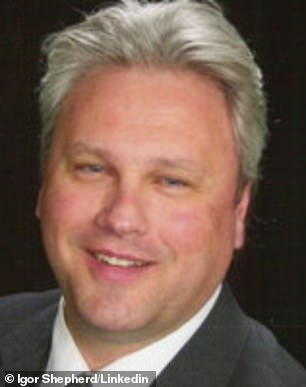 Thank you, Henry Makow for your work.. This is one of the most, well, saddest items shared. Because it lays all this out. It is believable, because, it's easy to see, as we are in, 'it'. You have been a worthy fighter for truth. May God Bless and Keep you, and Yours, George

This is the truth of what this whole Covid Scam is all about.
We are in a battle to save the human race.

We have been sold down the river by the Billionaire Psychopaths
and their cowardly Government Co-conspirators.

Time for a real Nuremberg Trial where all of the perpetrators are tried and hung..
A world wide uprising to arrest and put all our governments on trial around the world.

We need the military and the police to back the people.

Hey Henry, Dr. Igor Shepherd is a flat Earther, He has a section on His website about Biblical Cosmology, which is pretty interesting. Maybe you should read it. Because after all when God was creating the Earth he was Creating our Heart, Which is why Christ said , “the Kingdom of Heaven lies within you as that is where all light is felt and processed. So it seems pretty important to know what our heart really is, and it is not a pinning ball with a magic magnet

Thank you for posting this article Henry. I'd like to believe it isn't true but the dots connect way too well here for it not to be possibly true.
Never in their history has the WHO and the CDC been so "he'll bent" on getting the majority of the world's population injected with one of their toxic lab produced vaccines like this one.
If the MSM is promoting it beware of the legitimacy of this whole operation. They lost their credibility a long time ago.

Esau is the same all over the world, whether in Russia, Germany or America or anywhere on the outskirts or in-between. Esau is Communist, Esau is Socialist, Esau is Capitalist. Currently, the game belongs to Esau, who still hates his brother Jacob-Israel and he is pulling out all of the alchemical, magical stops to ensure he can ensnare as many souls as possible for his father, satan in the flesh. Therefore, it is not about geonociding the vast majority but rather about mind-controlling and weakening the masses physically to blackmail them into believing in a Russian bad-guy when the enemy is surrounding everyone at home and has been all along. All of the memes you bring are false dialogs and hegelian deception.