Anthony Migchels- Covid is Cover for a Financial Crisis 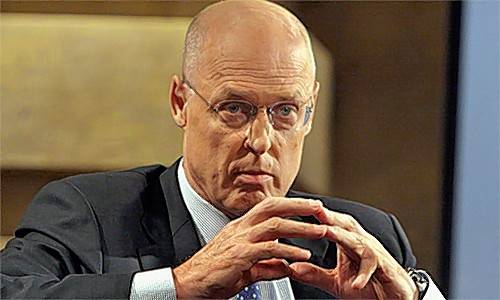 In September 2008, during the Lehman Collapse, Hank Paulson, left, went to Congress and in a closed door meeting said: "you must give us $700 Billion, or the financial system will melt down, no more money will come out of ATMs, people won't be able to pay their bills, and we will face an armed revolt in a week."
He got the money. The package was known as the Troubled Asset Relief Program (TARP).
He later admitted he and his staff had had no idea how much money they were going to need. They just thought up a number that sounded really big. To imprint the gravity of the situation on Congress, and to make sure they were not going to be short.
The popular resentment in the US and the West was immense. Filthy rich banker scum, who had been enriching themselves to the max during the 'boom', were receiving hundreds of billions for their bets going south, while they were evicting people with their houses under water by the millions.... How do we know nothing was solved? It's really very simple: we've had (close to) 0% interest rates for 12 years between 2008 and 2021. Under Capitalism there is no 'economic growth' with 0% interest rates. There is only massive monetary stimulus avoiding an immediate rout.
When there is economic growth, interest rates sit at 6, 8, 10%.
THE RETURN OF THE CREDIT CRUNCH
The return of the Crunch was caused by the Fed when they started tapering in 2017, and raising rates ever so slightly to 2%. It immediately led to a deflationary shock, which was the reason they restarted QE in September 2019.
Fast forward to 2019 In September 2019, the Banks 'suddenly' (rest assured that the Fed and the Government knew quite well it was coming) stopped lending to each other. They were all bankrupt, and didn't trust each others' busted collateral anymore.
The Fed started providing them with day-to-day loans, to avoid them all going into receivership. They also started buying up Treasuries, both to keep real interest rates low, and because nobody else wanted Treasuries at 0% rates.
Because they knew that this was not going to go down well, they started a big circus simultaneously: the 'Impeachment'. While they were printing trillions, robbing the People and enriching the wealthy, they gave us poor old Donald and how unfairly he was being treated to fret about.
Then, on the first working day of 2020, the Fed had to report on what they had been up to on the repo market. By that stage, they had already supplied $6 Trillion worth of day-to-day loans to the Banks and other institutions. And such a thing might have led to questions.
So they executed Soleimani. Making sure that everybody was in shock, and busy fearing a war with Iran.
Loans on the repo market were 'only' $75 billion per day when they started, but things kept deteriorating, and by March 2020, they were already doling out a Trillion per DAY!
Please read that again: The Fed had to lend them $1 TRILLION per DAY, to keep them liquid and solvent.
Something structural had to be done.
And so they decided they were going to allow the 'financial institutions' to clean up their balance sheets, by buying their busted junk at nominal value in a Fed asset purchasing program.
$4 Trillion worth.
That's six times Hank Paulson's $700 billion TARP program. The program that led to Occupy. 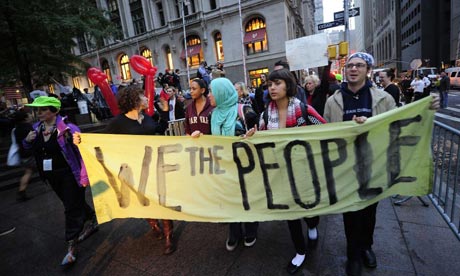 And it was clear that it was going to infuriate the People. So they decided to pre-empt social unrest and resistance, by locking everybody up, while scaring them to death with a spooky 'invisible enemy'.
The Lockdown destroyed the First Amendment (Freedom of Assembly), and Americans were forbidden to come together en masse for a year, and still are in California and some other States. Europe still forbids most gatherings.
For good measure, they revamped the 'racism' distraction that had worked so well to do away with Occupy. Hence the BLM riots
And it worked. There has been zero resistance or public out cry against the bailouts. Most people think they were 'necessary' to 'manage the economic effects of the Lockdown'.
Their success has been total. Even now, only a handful of people realize what's happening.
How do we know that the Lockdown was aimed against social unrest? Harry Vox predicted it splendidly in 2014 (!), after analyzing the Rockefeller Lockstep scenario. My apologies to my readers, I don't like repeating stuff too much, but this is vital. 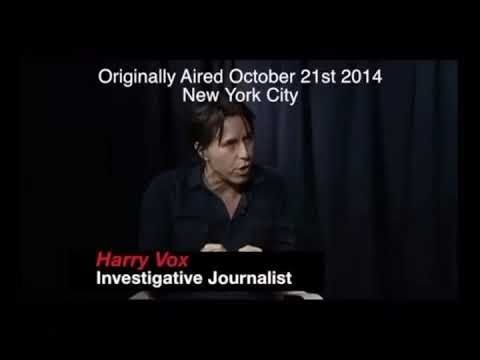 Harry Vox read Lockstep, and next witnessed: "If there is ever going to be social unrest in the United States, there will be an Ebola Outbreak."
That's what he concluded and said. The Lockstep scenario never had anything to do with any 'virus' or any 'pandemic', both of which never existed, other than in the Media fed popular imagination.
It has always been about locking people up and acquiring a tool for an insane Tyranny against any popular uprising.

This truly is the NWO Endgame. For always the People have been blind to the Omnipotence of the Bank. It's uncanny, how all this can happen without people even realizing it. But it's the Bank that is behind the coming World Government.

The New Gold Standard will create the Greatest Depression, and to forestall resistance, we will have Plandemics and Medical Tyranny. And much more.

Because things will be crazy. They'll keep us very busy. Politicians and the Media will be talking about a million things, but not about the immediate need for interest-free credit to alleviate the terrible suffering the deleveraging is going to bring.

Ultimately, the demise of the West, and 'the need' to 'solve' 'global problems with global solutions' will lead to World Government.

Within five to ten years.

Related:
The Crunch Is Back, There's Going To Be A Gold Standard, And It Will Be Disastrous
NWO Magick: A Faux Pandemic And A Very Real Financial Collapse
The Petrodollar Is Dead! Long Live The IMF World Reserve Currency!
The New Gold Standard IS The Great Reset!
Occupy Wall Street And Marie Antoinette

The difference with the coming electronic currencies and now is simple: no cash. So FULL control of everybody by the state. A great many people these days survive with cash paid, black, untaxed, unregistered transactions, and the Bank loathes this beyond measure. It allows for real independence. That's coming to an end.

And when there is total dependence on the Payment System, then it's Mark of the Beast time.

"16 And he causeth all, both small and great, rich and poor, free and bond, to receive a mark in their right hand, or in their foreheads:

17 And that no man might buy or sell, save he that had the mark, or the name of the beast, or the number of his name."

The 'vaccine' basically is a first trial run of the 'mark'. Those not taking the vax now and in the years ahead will be the ones refusing the Mark when the time comes. Already you can see from Gates' patents that they're working on a crypto/electronic currency combined with vax and vax registrations.

And they know quite well we are the enemy, the 'anti vaxxers' and 'vaccine hesitant'. Of course they hate and loath everybody, but we are dangerous for them.

In the coming years they're first going to make their IMF World Reserve Currency work, and then, when the World Government comes, likely after the Greatest War, they will have a World Electronic Currency that everybody will pay with.

Comments for "Anthony Migchels- Covid is Cover for a Financial Crisis"

This is REALLY OLD. We have known about this concept for 20 years. The remedy is so easy and laughable to beat. I sent you a memorandum of law in regard to the LEGACY account sometime ago. This story/agenda is as old as "Joseph's Robe of Many Colors" and his trust company bank fraud. It is right there in Genesis/Torah. Few people catch it. They owe us. We don't owe them. That is Covid is about. Hitler "capitalized" the future labor interest of the German people, paid his bills with that currency, and then liquidated the underwritten Human Resources.