Celeste Solum - Graphene Could Turn Us into "Something Unimaginable" 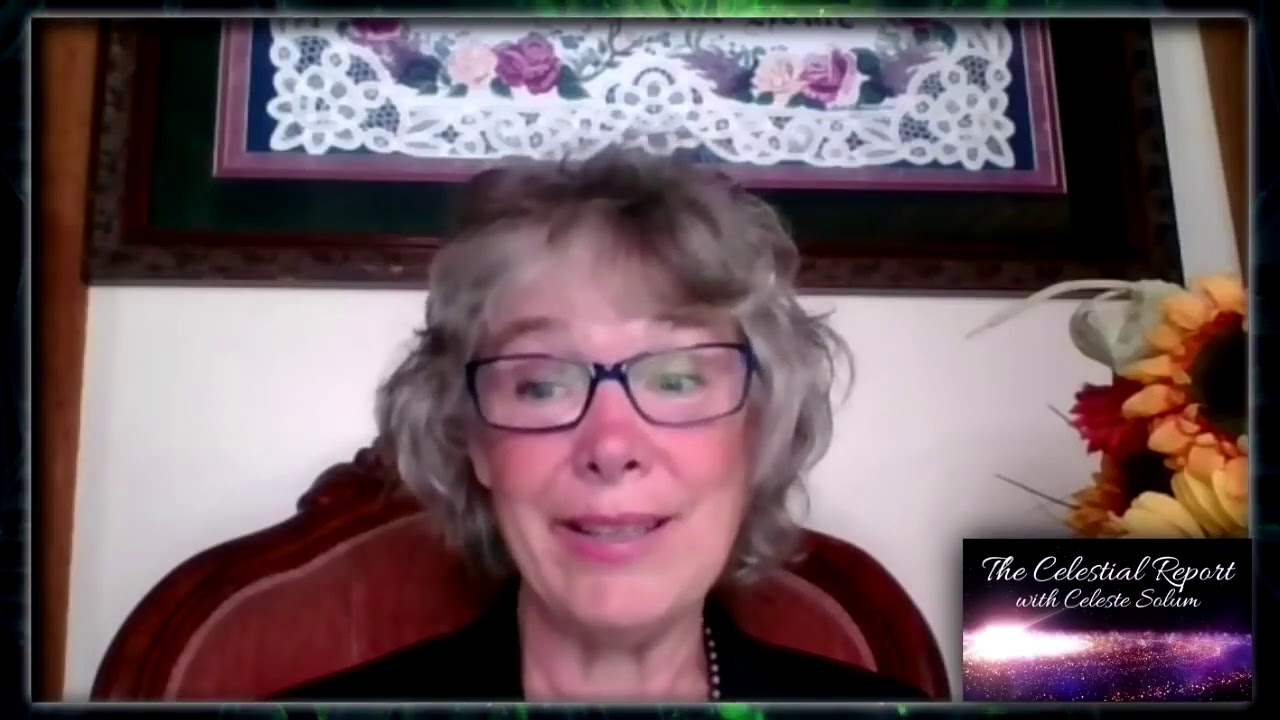 People are unlikely to accept the drastic dystopian destruction of their quality of life envisaged by Agenda 2030.

Covid vaccines containing graphene are likely a method to control us.

"In a worst case scenario, you will be reduced to a slave with no will, an automaton."

I asked CR to extract the pertinent info from this interview with former FEMA analyst Celeste Solum.

"Once you are injected with GBH it is impossible to remove it as it binds to the body, which is unable to reject it as it is not recognized as a foreign substance. Its structure allows it to invade all parts of the body, including crossing the blood-brain barrier."

As Solum says, "In essence, you become a canvas for the pharmaceutical artists to create a synthetic artistic masterpiece subservient to the alien system not resembling anything humanlike whatsoever."

Celeste Solum says that the implications of this could be dire since many governments are considering mandatory vaccinations for citizens.

Graphene is a single-layer form of graphite, a nano-material consisting of carbon atoms arranged in a particular structure.

Graphene is also used to make hydrogels, and has been researched as a vaccine nano-adjuvant, apparently to stimulate increased immunity.

Graphene-based hydrogels (GBH) are currently being used for a wide variety of purposes, from sewage treatment to biosensor technology. Researchers are currently using GBH to develop capabilities for the 3D printing of human organs, as the World Economic Forum's infamous "own nothing and be happy" video predicted will become widespread by 2030. World Economic Forum on Twitter: "This is how our world could change by 2030. Read more: https://t.co/rkhF5AdSZ3 https://t.co/9jf3XcmRG2" / Twitter

GBH is a substance with seemingly endless uses, which makes it all the more dangerous because we have absolutely no idea what the objectives of the pharmaceutical companies and governments are.

We can only assume that it is not for our good because otherwise it would not be kept secret from us.

Once you are injected with GBH it is impossible to remove it as it binds to the body, which is unable to reject it as it is not recognized as a foreign substance. Its structure allows it to invade all parts of the body, including crossing the blood-brain barrier.

GBH is also toxic, with the level of toxicity depending upon the dosage, form, exposure route, and purity. As it degrades within the body it can cause inflammation and various by-products will form, which can lead to a variety of other side effects.

Aside from simply making people sick or killing them, GNH can be used to transform humans into something "previously unimaginable."

Graphene-based hydrogels may be the next step in trans-humanism. The possibilities are endless, with self-assembling hydrogels able to instantaneously form scaffolds within the body, networks of GBH fibres with properties that do not exist in natural life.

According to Solum, GBH can be used to make the human body a living polymer, with a molecular structure consisting of organic-synthetic materials used in plastics and resins, and can replace DNA, blood, cells, organs, as the hydrogel nanoparticles self-assemble.

The result can be all sort of mutations that would never have occurred otherwise. Rather than mutation through genetic modification, GBH opens the doors to physically changing the structure of living beings in any way imaginable.

As Solum says, "In essence, you become a canvas for the pharmaceutical artists to create a synthetic artistic masterpiece subservient to the alien system not resembling anything humanlike whatsoever."

5G may be used for more nefarious purposes than simply monitoring all digital activities and sickening us with electromagnetic radiation. Thanks to GBH, 5-G can be used for biosensors to track and monitor our bodies as well. Those injected with GBH will become nodes within the "internet of things".

Another possibility is that GBH will allow the 5G network to control our bodies and minds.

Not only does 5G give the elites surveillance over nearly everything we do, but the fact that GBH can enter all parts of the body, including the brain, combined with its properties of electrical conductivity means that it can be used to induce muscular contractions and affect thoughts.

In a worst case scenario, you will be reduced to a slave with no will, an automaton.

Controlled by the 5G system, GBH can also be manipulated by a process called "electrospinning." New mutations can occur. Your body will no longer be yours, and changes can be made at any given time.

The side effects and potential implications of mRNA vaccines were bad enough, but the prospect that the vaccine contains graphene-based hydrogel rather than mRNA adds an even more horrifying dimension to the scamdemic.

Are you willing to voluntarily submit your body and mind to the globalists?

This is the question people need to ask themselves before considering taking the so-called covid-19 vaccines.

Related  - In another interview, she says that you "are no longer human; you are a synthetic entity. She says all this is acknowledged in the scientific literature. (24 min.) Sherri Tenpenny expects millions will die this autumn. (30 min.)

With the roll-out of every COVID-19 vaccine program around the world, it's now clear that the explicit purpose of the Covid Super Vaccination Agenda was to conduct a slow-motion extermination of the human race. https://stateofthenation.co/?p=72649

Ray Songtree writes: Solum reports that WEF plans to have all food "transformed" by the end of this year.

Hydrogel in everything.  Hydrogel with be used to "purify" all water of, wait for it, plastic!

All water and food will be dangerous this year. Remember that depopulation has several weapons, and all are being used.

Food, water, chemicals, frequencies, jabs, and bringing in immigrants into a situation which will

be great depression soon.  Yes, creating a depression and opening the border at same time. This is meeting between two very deep researchers.

Comments for "Celeste Solum - Graphene Could Turn Us into "Something Unimaginable""

Thank you for this excellent article of critical information in regards to this "mystery vaccine" that our own government is trying to forcefully impose on its people.

The 40% of the unvaccinated are still hanging tough and aren't changing their stance for a lottery ticket or a free happy meal. Their bodies mean more than that to them.They are to be commended.

This is an all or nothing exercise for the CDC and the WHO. The government and the MSM have been enlisted to peddle their "master plan" to get every man woman and child jabbed. The government didn't hand out all these trillions of dollars and go through all these lockdowns only to have you refuse their vaccine. The MSM didn't go through all the covid coverage and all the fear mongering for nothing. They want 100% public participation in this control project.

Expect more aggressive measures from the Covid Government to achieve this end. Plain and simple, this is all about you taking the jab.

Would someone please explain why China is selling graphene crotch underwear?

UK Nobel laureate was in a row with Chinese firm that faked his support for graphene underwear.
https://www.improbable.com/2017/08/08/scientist-who-uplifted-a-frog-did-not-support-the-chinese-brassiere/

I know a little bit about radio waves and beamforming, I doubt very much that they could control your thoughts now by radio, but maybe some day in the future.

I think that the injection will make people more trackable and traceable, and make us vulnerable to "electromagnetic death rays" - where they could fly over a city and microwave everyone in one night.

The magnetic particles could be made to move and shake and heat up from interaction with waves - perhaps only on the surface of the skin. I think controlling our thoughts with this is a little "Buck Rogers" but I can easily imagine the utility of giving everyone the experimental injection.

I take Celeste Solum very seriously but the biological robot is too expensive, it would be easier to kill us with electromagnetic waves than to turn us into zombies. That Zombie holocaust is already happening, the zombies are forcing the experimental injection onto us.

"I have told you that the spirits of darkness are going to inspire their human hosts, in whom they will be dwelling, to find a vaccine that will drive all inclination towards spirituality out of people's souls when they are still very young, and this will happen in a roundabout way through the living body.

Today, bodies are vaccinated against one thing and another; in future, children will be vaccinated with a substance which it will certainly be possible to produce, and this will make them immune, so that they do not develop foolish inclinations connected with spiritual life â€” â€˜foolishâ€™ here, of course, in the eyes of materialists.