Mike Stone - It's Official: Football is for Homosexuals 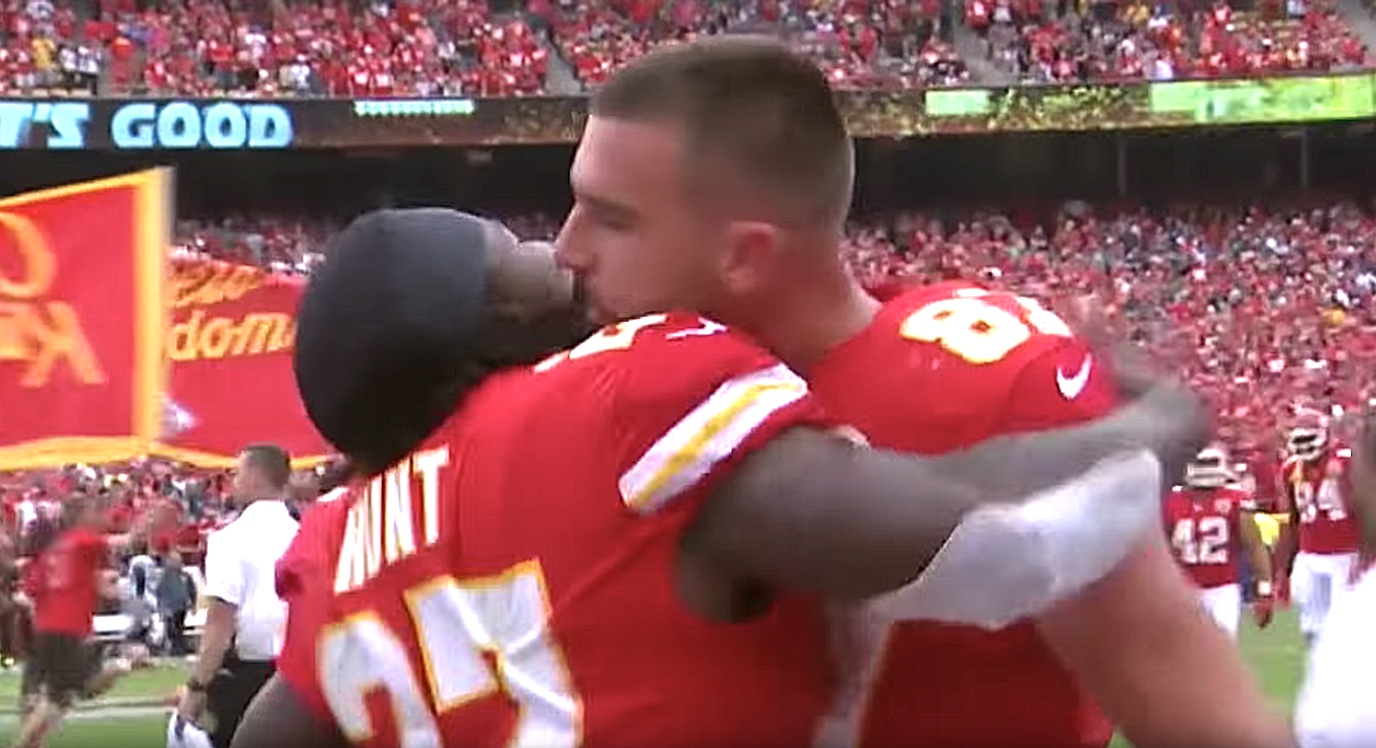 (l. Love is love)
Satanists continue to poison American culture
i.e. male athletic excellence.
It's what Satanists do.
Telling football fans that football is for gays is a real "shot in the arm" for the NFL
Related - Canada designates summer "Gay Pride" Season  - This is telling 97% of the population they don't count. Championing minority "rights" is a deliberate disingenuous assault on  majority rights. Cultural genocide is a precursor to the real thing for "useless eaters."
Makow-----Gays Admit they are Sick
"You're right I suppose, I mean, I guess it is childish. But when I was about 18 and my dad and I couldn't communicate about anything at all; we could still talk about baseball. Now that - that was real." -Phil in City Slickers
by Mike Stone
(henrymakow.com)
It's official. The NFL has gone homo.
Its latest commercial has come out and said "FOOTBALL IS GAY. IT'S LESBIAN. IT'S FOR EVERYONE."
It's nothing I'm exaggerating or making up. They're boldly bragging about it. 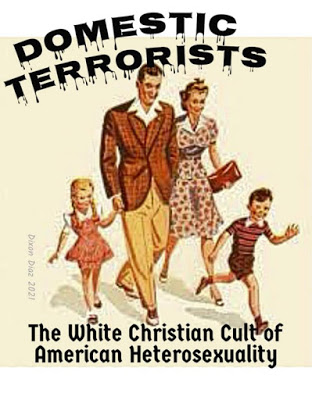 I can't say I'm surprised. After watching the NFL, and every other professional sports league, embrace Communism, rioting and looting last summer, watching it go full homo only seems natural.
There was a time when sports provided a healthy outlet for boys. Playing sports meant being outside in the sunlight; exercising, learning about teamwork and staying out of trouble. Those who didn't play sports stayed inside and were brainwashed by the boob tube. (Which probably explains our country's current state more than anything. All those nerds who didn't play sports are now running the nation.) 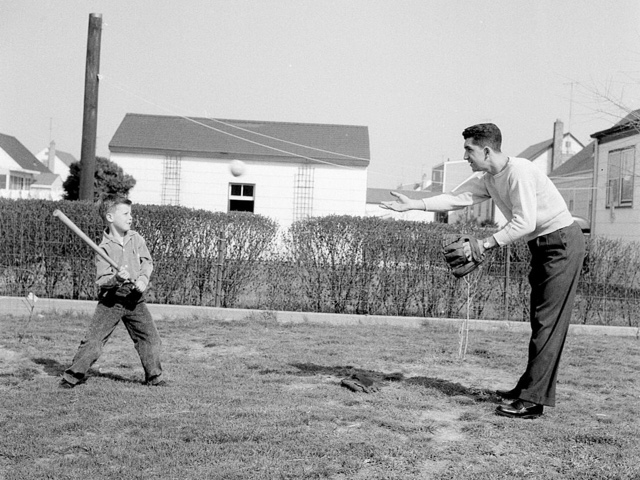 Fathers playing catch with their sons used to be a scene as American as apple pie. With most American males being overworked for the last 100 plus years, playing catch was one of the few opportunities for boys to actually spend time and bond with their fathers.
Sports also provided a means of communication between parents and children, mostly between fathers and sons. When all else failed, one or the other could always say, "How about those Bears?" and the floodgate of conversation would once again open.
Parents could let their children watch football on television, knowing that outside of a beer commercial or some scantily clad cheerleaders, they wouldn't be exposed to terribly sinful behavior.
Athletes were role models for children and teenagers. They still are, I suppose, but look at what they're pushing in current time America: hardcore sodomy to go with their rioting and looting. 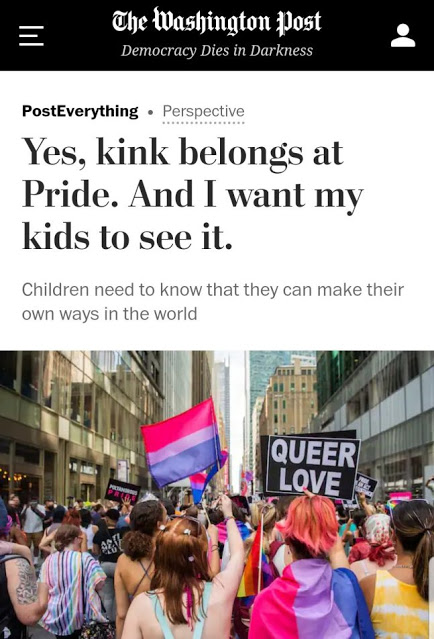 (They want to sodomize your children)
It's one thing for sodomites to commit mortal sin in the privacy of their own homes. Now they're shilling hard to indoctrinate innocent children into their depraved world. The old line is true: misery loves company. There's nothing a person going to hell wants more than to drag others down to hell with them.
As I've said in the past, I constantly overestimate the intelligence level of the American people. I would think the league's embrace of sexual deviancy would be the last straw for Ma and Pa America, and yet I just know there will be plenty of cucks drooling over football this fall. You know the kind I'm talking about: pathetically fat men, wearing team jerseys and mindlessly screaming from the stands.
I hate to be crude, but they remind of the type of man that fantasizes about his wife or girlfriend getting gangbanged. That's the level of pussyfication and self-loathing I'm talking about. I can't imagine anyone who isn't of that mindset attending a game ever again.
For the rest of us, it's a no-brainer. Sure, some of us like to bet on the games. And those who played sports in high school or college enjoy watching. But at this point, no one with any self respect whatsoever can watch or attend a game ever again. Certainly no parent can ever take their child to a game or allow their child to follow the sport anymore.
How will the players react? Some of them claim to be Christians. If so, how can they continue to participate in such a degenerate league? Tough to give up all the money and fame, but what good is money and fame when you're burning in the fires of hell?
----------------------------
Mike Stone is the author of Based, a young adult novel about race, dating and growing up in America, and A New America, the first novel of the Alt-Right, a dark comedy set on Election Day 2016 in Los Angeles - - Available on Amazon.
Related -  Navy Unit Forced To Take Part In Mandatory 'Diversity Hike' Waving LGBT Flags
------------------- Disney EXCLUDES 97% to be more gender inclusive

Comments for "Mike Stone - It's Official: Football is for Homosexuals"

I used to love football and I watched it every weekend until the Michael Sam incident. Now, I don't watch it at all. Michael Sam I believe was a defensive end for the St. Louis Rams. I remember ESPN promoting Sam as a courageous man for coming out publicly as a homosexual, when in fact, he must have been corrupted by another homosexual. The homosexual people violate the natural law that the real God created and they will suffer for their misdeeds.

Everyone gets back what they put into life. In addition, to mix this garbage with a large business such as the NFL is incredibly stupid and evil.

Anything that is good and has virtue is always attacked by the evil ones. Homosexuals are evil people and they are destroying themselves.

It's been about 25 years or more since the normalization of homosexuality. I think most people have had enough experience with gays to know there is something wrong with them. I think most people go to gay pride parades for the same reason people slow down as they drive by car accidents. The media still pushes it, and it's on the screen, but I don't think many really are buying into it now. Everybody knows...it doesn't need to be talked about so much. Being a homosexual or pervert is the best way to get a good government job or be a rising star in the legal profession.

Those who embrace such a lifestyle will wax worse & worse. The proof is in the cities of sodom & Gomorrah, and the other cities on the plain at that time. God only allows this for a short time giving the people a chance to repent. This is one of the worst of all sins. Come out of Babylon, my people, says the Lord, and be not partakers of her sins. This has become a habitation for all foul birds. Lot and his family were the only ones spared from sodom at that time. God could not destroy it until he was removed. This is more of a sign to America today & all other countries. Fire & brimstone is next. All true Christians will be raptured shortly; the signs are here.