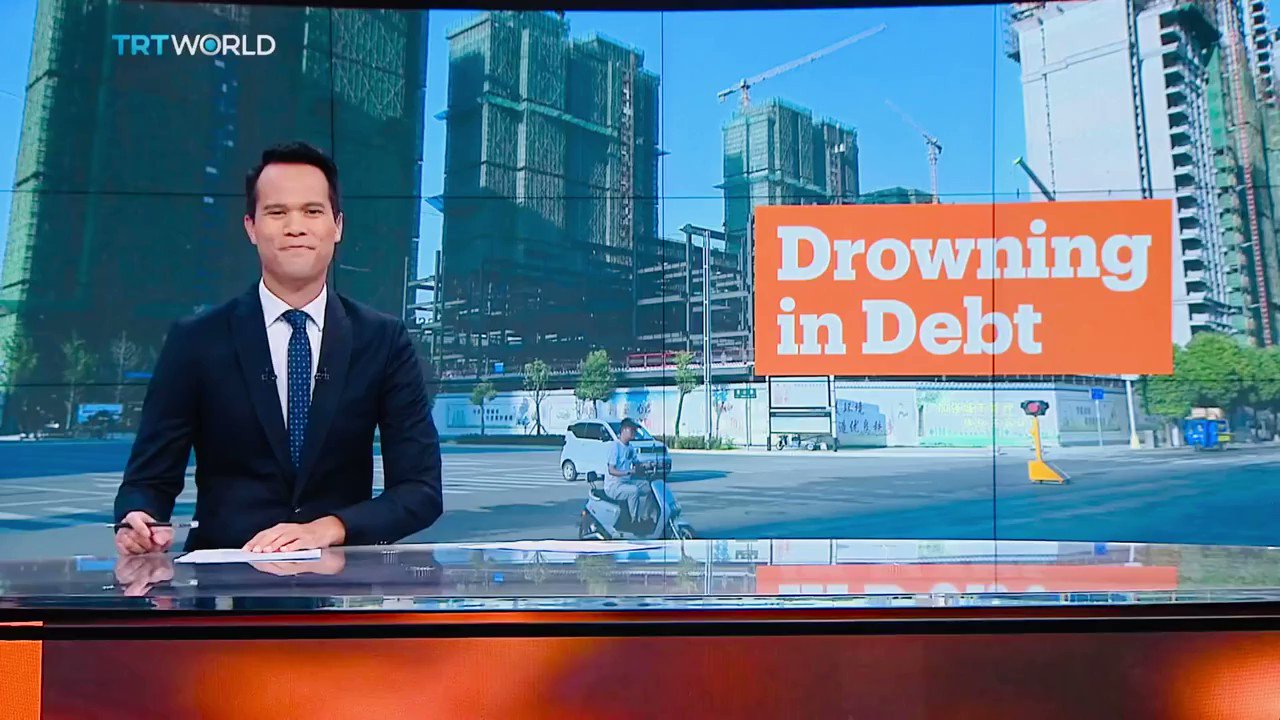 "Evergrande is only the tip
of a very debt-bloated China
corporate sector iceberg...
it's clear this is only the beginning
of a snowballing financial crisis in China."
In the past, stock markets have crashed in October.
Could this topple the financial house of cards?
The Strange China Feud of Soros and BlackRock
by F.W. Engdahl
(excerpt by henrymakow.com)
If it were only Evergrande that is insolvent due to unpayable debts in a contracting economy, Chinese authorities could no doubt manage it in one or another way by demanding its state banks or large groups like CITIC simply swallow the bad debts to contain spread of the crisis. The problem is that Evergrande, Huarong, PingAn and other large Chinese property investors are clearly only symptoms of an economy which has taken on debt far beyond what was prudent. In April, Beijing's CCP State Council told local governments that their so-called Local Government Financing Vehicles, with estimated (no one knows) trillions of dollars they had in unregulated shadow bank loans used to finance local projects, had to get rid of excess bad loans or go under. 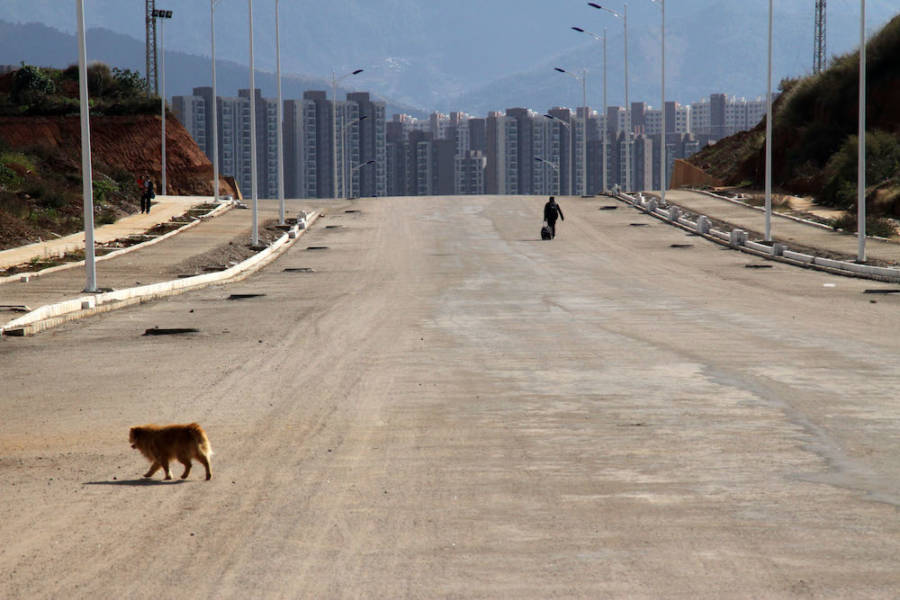 (China's ghost cities. 64 million empty apartments)
On July 1, Beijing announced that local government revenues from land sales to developers, some half of all local revenues, must be sent to the central Beijing Finance Ministry and no longer used locally. That insures a catastrophic collapse in the multi-trillion dollar local shadow banks and construction projects. No more Beijing bailouts. At the same time, solvency of China's fragile multi-trillion "small" banking sector is in doubt, as bank closings increase. Now, with national state-owned giants nearing bankruptcy, the verbal war between BlackRock and George Soros takes on a significant new light. China is in a serious debt collapse crisis.
China already has the world's largest extent of high-speed rail track, and those are losing money.
The Belt Road Initiative is bogged down in debts that countries are unable to repay and China banks have sharply cut loans to BRI Silk Road projects from $75 billion in 2016 to $4 billion in 2020. Its demographic crisis means the endless flow of cheap rural labor to build that infrastructure is sharply declining.
The middle class is deeply indebted from buying new cars and homes when times were good. Total household debt including mortgage and consumer loans for cars and household appliances in 2020 was a whopping 62% of GDP. The Institute of International Finance (IIF) estimated that China's total domestic debt rose to 335 per cent of gross domestic product (GDP) in 2020. Beijing's Wall St Bailout?
It appears that Beijing is seeking a major de facto bailout from foreign investors into its troubled stocks and bonds led by Wall Street.
Major Wall Street banks and investors have had close involvement in China for several years. With the US stock markets at dangerous historic highs and the EU in deep trouble, they perhaps hope China can save them, despite the clear evidence that Chinese corporate accounting rules are opaque, as Evergrande shows.
Since 2019 Morgan Stanley's widely used MSCI All Country World Index has been allowed to list major Chinese companies, which, as Soros accurately noted, forces western stock funds to buy billions of dollars of China stocks. BlackRock is permitted now to invest Chinese personal savings in its funds. It is not clear if there are other parts to the deal.
This is the pot of potential gold which has Wall Street and BlackRock lining up outside Beijing. The Soros condemnation of BlackRock, the largest private investment fund in the world, clearly is strategic. Could it be that Soros intends to replay his 1998 toppling of the Russian bond market bubble after taking his profits? If so, no wonder the official China media calls Soros an "economic terrorist." Whatever the trigger, such a collapse of the China debt bubble would make the 2008 Lehman crisis pale.

F. William Engdahl is strategic risk consultant and lecturer, he holds a degree in politics from Princeton University and is a best-selling author on oil and geopolitics, exclusively for the online magazine "New Eastern Outlook".
Related -

Who ultimately owns the debt? If the past is an indicator of future behavior, as in 2008, the debt is passed on to the taxpayer. Is the author purporting that the US taxpayer is on the hook for the Chinese debt?

Business as usual with the many suffering and the few gaining greatly.