The Club of Rome Invents Bogeymen to Terrorize Mankind 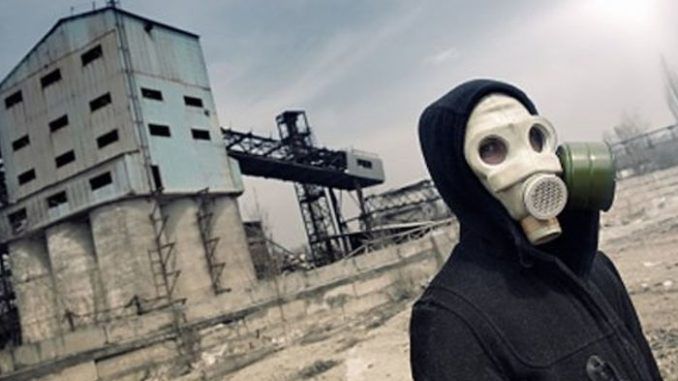 (In 1972, the Club of Rome predicted global collapse in 2020)
Terrorism expert Marc Sageman predicted bio terror false flags in 2010.
"YOU MAY HAVE TO KILL 80% OF THE PEOPLE, because you know, because what's really ruining it is overpopulation, and the only thing that can kill that efficiently are BIOLOGICAL WEAPONS. THIS IS A COVERT BIOLOGICAL WEAPON ... you're talking about five billion people dying here."
Marc Sageman, Center for Strategic & International Studies (CSIS)
Makow -"Bio terror false flag." Describes the covid psy op exactly. The climate change hoax and the covid plandemic are cut from the same cloth. Both advance the Communist NWO agenda: "The Club of Rome admitted that they manufactured the threat of anthropogenic global warming as a "unifying external threat" that would place the blame on humanity (and this would obviously make people sympathetic to the Globalist rhetoric of "global problems requiring global solutions...")
These are excerpts from a 2017 review by "Buckwheat 1294" of a video by George Hunt
The Club of Rome, was founded in Rockefeller's estate in Bellagio in 1968.
The Club of Rome then established itself with the launch of it's book "Limits to Growth in 1972", which aroused the fear of immanent danger from overpopulation. 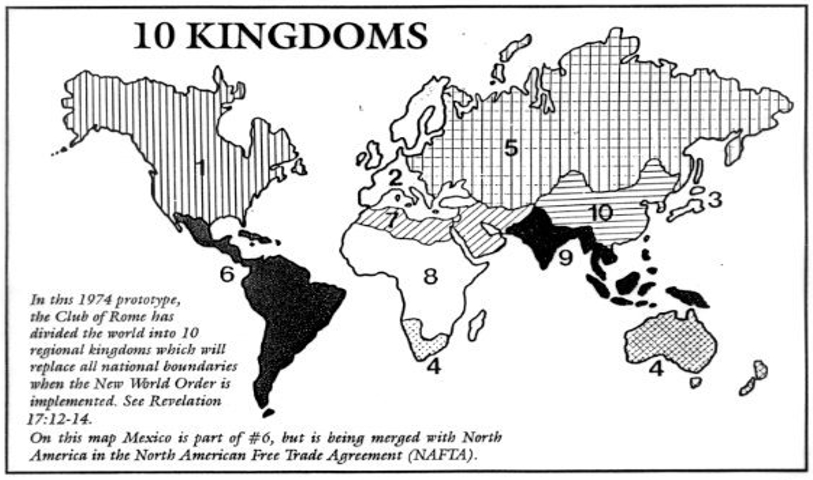 Plans for the evolution of Globalism were put forth in the Club of Rome texts "Mankind at the Turning Point" and "RIO: Reshaping the International Order". Relevant excerpts from these texts are available here: https://www.scribd.com/document/74348236/Set-of-Main-Articles-From-Knowledge-Driven-Revolution

A follow up text, "Goals for Mankind" was released in 1977. An overview of it is provided here: http://www.archive.org/details.php?identifier=GoalsforMankindareporttotheclubofromebyErvinLaszlo

"Global 2000", a U.S. policy document along these lines, was written in 1979. It was very much like the text "Limits to Growth", creating extreme fears about the "threat" of "overpopulation". Pages 702-703 called for an "intensively managed world" and fertility reduction in order to offset these perceived threats: http://tinyurl.com/7o4jwrt

Many of these people have used these arguments as an excuse to increase governmental power.
One such example is Arnold Toynbee, director of studies for the Royal Institute of International Affairs, who, addressing these issues, said in that "In all developed countries a new way of life--a severely regimented way--will have to be imposed by a ruthless authoritarian government" (cited by Arthur Miller in an article in the Washington and Lee Law Review, Volume 41, Issue 4, p. 1262): http://tinyurl.com/6n726qr ...
Many of these people have put forth plans for massive population reduction (as shown in the Cobden Clubs papers above). Numbers vary, but there are admissions from influential policy planning think tanks that there are plans to reduce Earth's population by up to 80%.

In the text "The First Global Revolution", leading "intellectual elites" in the Club of Rome admitted that they manufactured the threat of anthropogenic global warming as a "unifying external threat" that would place the blame on humanity (and this would obviously make people sympathetic to the Globalist rhetoric of "global problems requiring global solutions"), and that appointed bureaucracies must replace any vestige of democracy as a governing force. The relevant chapter is called "The Vacuum". Excerpts are as follows:

"It would seem that men and women need a common motivation, namely a common adversary to organize and act together; in the vacuum such motivations seem to have ceased to exist‚ or have yet to be found.

The need for enemies seems to be a common historical factor. States have striven to overcome domestic failure and internal contradictions by designating external enemies. The scapegoat practice is as old as mankind itself. When things become too difficult at home, divert attention by adventure abroad. Bring the divided nation together to face an outside enemy, either a real one or else one invented for the purpose...."

THE COMMON ENEMY OF HUMANITY IS MAN

In searching for a new enemy to unite us, we came up with the idea that pollution, the threat of global warming, water shortages, famine, and the like would fit the bill. In their totality and interactions these phenomena do constitute a common threat which demands the solidarity of all peoples. But in designating them as the enemy, we fall into the trap about which we have already warned, namely, mistaking symptoms for causes. All these dangers are caused by human intervention and it is only through changed attitudes and behavior that they can be overcome. The real enemy, then, is humanity itself." (Alexander King & Bertrand Schneider, The First Global Revolution: A Report by the Council of the Club of Rome (New York : Pantheon Books, c1991), pp. 107-108, 109-110, 115)

Gorbachev was part of a Globalist trend that combined Communism and International capitalism into a new synthesis: https://www.brusselsjournal.com/node/865

After the "collapse" and convergence of the Soviet system in 1991, he founded Green Cross International, and co-wrote the Earth Charter with Maurice Strong (a collectivist document that, along with Agenda 21, came out of the initial events George Hunt exposes). He stated that the Earth Charter should replace the Ten Commandments (http://tinyurl.com/2bdejz3)

He also stated: "The threat of environmental crisis will be the 'international disaster key' that will unlock the New World Order." (http://tinyurl.com/72qtoqq)

This kind of thing is discussed in power elite circles all the time. For instance, consider some of the benevolent members of the "intellectual elite" at CSIS who are so concerned about dissent in the war and terror and resolve to employ "perception management". They are also very concerned about the next wave of terrorism, which they say in 2010 will lead to mass depopulation. The video of the presentation is here: http://media.csis.org/hs/100310_terrorist_threat.mp3

Arnaud de Borchgrave complains about Hamid Gul, and then we here the following statement

@45:55 "I feel we have to become a little more comfortable with perception management - psychological operations - these are bad words in Washington right now, but ultimately a lot of the activities, we're going to have the overt function" 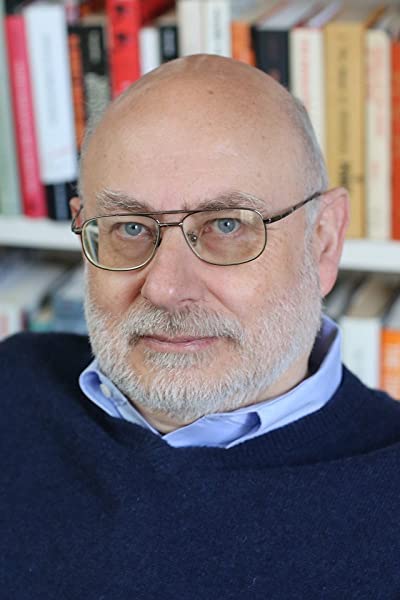 (My Jew-dar says Yes)
Then we have Marc Sageman,left, saying the following:
@1:01:00 "Unfortunately, I think the Next wave is going to make those Jihadi's look a little quaint. My fear, and you know, fundamentalist environmentalists - Earth First, Gaia, you know, we're ruining the world, we're ruining the Earth, because of pollution, because of global warming, and in order to save the planet and preserve the human race, YOU MAY HAVE TO KILL 80% OF THE PEOPLE, because you know, because what's really ruining it is overpopulation, and the only thing that can kill that efficiently are BIOLOGICAL WEAPONS. THIS IS A COVERT BIOLOGICAL WEAPON, and you already see this on some extremist website, and this is really scary. I mean, you're talking about five billion people dying here." (emphasis added)

So it appears that we can expect bioweapons in the near future.

I find it amusing that he pretends that groups like Earth First have the ability to carry that out. What Sageman forgets is that groups like the Club of Rome and people like Paul Ehrlich were the ones responsible for all of this population hysteria to begin with, and many of these organizations are funded by the Rockefeller Foundation. Incidentally, John Holdren, co-author with Ehrlich of the book Ecoscience, is currently the Science "Czar" of the United States. In his book, he made some very interesting proposals. As follows:

p. 837: "Indeed, it has been concluded that compulsory population-control laws, even including laws requiring compulsory abortion, could be sustained under the existing Constitution if the population crisis became sufficiently severe to endanger the society."

p. 787: "Adding a sterilant to drinking water or staple foods is a suggestion that seems to horrify people more than most proposals for involuntary fertility control..."...
The Planetary Regime might be given responsibility for determining the optimum population for the world and for each region and for arbitrating various countries' shares within their regional limits. Control of population size might remain the responsibility of each government, but the Regime would have some power to enforce the agreed limits."

p. 917: "If this could be accomplished, security might be provided by an armed international organization, a global analogue of a police force. Many people have recognized this as a goal, but the way to reach it remains obscure in a world where factionalism seems, if anything, to be increasing. The first step necessarily involves partial surrender of sovereignty to an international organization."

You can see facsimile excerpts of the book here: http://zombietime.com/john_holdren/

CNSN News has a video in this article where you can see Senate Commerce Chairman John D. Rockefeller IV (D.-W.V.) at a Congressional Hearing say, "Dr. Holdren, I don't want to embarrass you, but I sometimes refer to you as walking on water.": http://cnsnews.com/news/article/rockefeller-refers-obama-s-science-czar-walking-water

Holdren is a disciple of the devotee of negative Eugenics, Harrison Brown (who is approvingly cited in the aforementioned text, "The First Global Revolution", and who himself praised the eugenicist Charles Galton Darwin - for chilling excerpts from Galton Darwin's text, see here: http://www.earthemperor.com/2009/01/08/the-next-million-years-by-charles-galton-darwin/). In fact, Holdren praised Brown as recently as 2007.
On p. 260 of Brown's 1954 book The Challenge of Man's Future, he said, "In the first place, it is amply clear that population stabilization and a world composed of completely independent sovereign states are incompatible. Populations cannot be stabilized by agreement any more than levels of armament can be stabilized by agreement. And, as in the latter case, a world authority is needed which has the power of making, interpreting, and enforcing, within specified spheres, laws which are directly applicable to the individual. Indeed, population stabilization is one of the two major problems with which a world government must necessarily concern itself.
Given a world authority with jurisdiction over population problems, the task of assessing maximum permissible population levels on a regional basis need not be prohibitively difficult."