Covid is the Latest CIA-Planned Genocide


This excellent video shows how the COVID GENOCIDE is based on a combination of the two widely-known, notorious CIA projects called MK-ULTRA and MKNAOIMI.

Just as AIDS never really existed, neither does COVID really exist. The only thing the power-elite want you to BELIEVE is that you "need" to take the genocidal COVID JAB (so that they can KILL you, just as they killed the 25 million Africans with "AIDS by smallpox vaccine" and the 9 million homosexuals with "AIDS by HepB vaccine followed by AZT mustard-gas".
The "Deep State" consists of all the individuals and organizations committed to carrying out the central banking cartel's totalitarian agenda rather than the national interest or public good. Intelligence agencies like the CIA are prime examples; but anyone pushing the covid "vaccine" is controlled by the Deep State.

On 3 Aug 1977, Stansfield Turner testified to US Congress about the CIA Project MK-ULTRA.

The first 10 minutes of the above video shows how, in the scope of Project MK-ULTRA, the US regime obliged the Zionist-controlled mainstream-media to insert subliminal messages as mainstream Tell-Lie-Vision-Stations were shutting down, and during the playing of jingoistic songs, and during the hypnotic state of any US viewers who were half asleep, or were falling asleep in front of their Tell-Lie-Vision-Sets. These were the following subliminal messages:

GOD IS REAL GOD IS WATCHING

TRUST THE US GOVERNMENT

REBELLION IS NOT TOLERATED [this one 4 times] 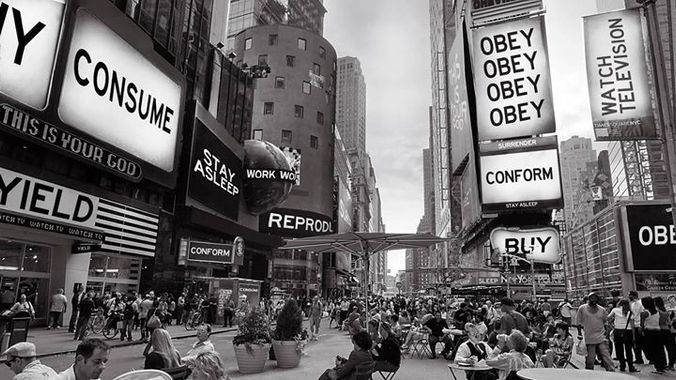 The 2006 movie "The Good Shepherd" depicted how the CIA was formed in the Skull & Bones lodge of Yale University as a private army operating for "Illuminati" families such as Russell and Collins, although the CIA was funded by the very US taxpayers whom it was ordered to target for genocide.

Note: In general, movies tell the truth whereas the Zionist-controlled mainstream-media have for the past 150 years been the source of most Conspiracy Theories (like the one about Osama bin Laden dying twice, or the one about jet fuel bringing down skyscrapers, or the one about twelve Freemasons landing on the "Moon", where even WickedPedia confirms that the surface temperature is 130° C or 266° F).

Later, CIA Project MKNAOIMI was designed as a biological-warfare project for developing bioweapons such as AIDS, Ebola, Zika, COVID and for developing ethno-specific bioweapons (most of these patented by the Rockefellers and Rothschilds). These bioweapons mostly exist IN SILICA (as a computer model) and no one knows whether they were ever even isolated in a human being. See here:
The Zionist PNAC Group is an offshoot of the powerful worldwide Zionist Freemasonic super-lodge HATHOR PENTALPHA. The Zionist PNAC Group planned the wars of the twenty-first century in the scope of its "Clash of Civilizations" doctrine fronted by Samuel Phillips Huntington, a member of both the Zionist PNAC Group and worldwide Zionist Freemasonic super-lodge HATHOR PENTALPHA.
In 2000, the Zionist PNAC Group called for the USA to deploy ethno-specific bioweapons in all its genocidal wars of the twenty-first century  (which Zionist PNAC had already planned).

In Project MKNAOIMI, the CIA mixed lab-grown toxins developed from leukemic cancer-tissue from sick cows, mixed with lymphonomic cancer-tissue from sick sheep. In the Strecker Memorandum, Dr Robert B Strecker MD and his brother, attorney Ted Strecker, proved how the US and British regimes had conspired with the UN's Worst Health Organization (WHO) and the Big Pharma Mafia to place the latter lab-grown mixture into:

Just as AIDS never really existed, neither does COVID really exist. The only thing the power-elite want you to BELIEVE is that you "need" to take the genocidal COVID JAB (so that they can KILL you, just as they killed the 25 million Africans with "AIDS by smallpox vaccine" and the 9 million homosexuals with "AIDS by HepB vaccine followed by AZT mustard-gas").

The COVID GENOCIDE is the culmination of more than a century of preparation, through:

+ MK-ULTRA for mass-hypnosis and mind-control to ensure that all targeted victims BELIEVE the hoax.
+MKNAOMI for creating effective bioweapons to genocide the population at large, with testing and retesting of this same Modus Operandi over and over again in Africa, on homosexuals, and now on everyone.
Anthony Fauci who led the AIDS genocide of 9 million homosexuals by releasing tainted HepB "vaccines" in US cities with the help of his co-conspirators in the WHO and in the Big Pharma Mafia.

The 1954 Bilderberg Manual "Silent Weapons for Quiet Wars", which laid out the strategy for genociding 90 percent of the world population (see https://www.bitchute.com/video/0T5I1rAez3U0/ ).

The COVID GENOCIDE is so well prepared that it is now likely to enter the "HOLOCAUST CHARTS OF ALL-TIME" at #1 and to thereby become quite literally "THE ELVIS PRESLEY OF ALL HOLOCAUSTS".