Is Henry Makow "Good for the Jews"? 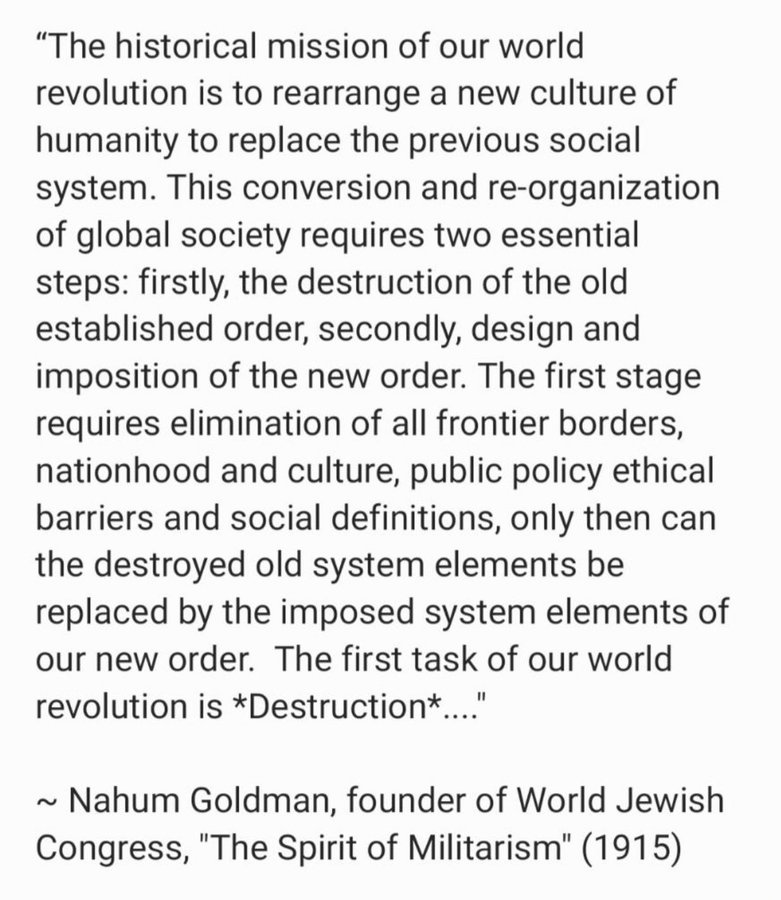 (Left, The Masonic Jewish conspiracy is responsible for 90% of mankind's troubles.)
The tragic political truth is that your corrupt goy ancestors gave our national credit cards to satanist (Masonic) Jewish bankers who maxed them out buying everyone and everything.  They bought the mass media and manipulate everyone, Jew and non-Jew alike, with lies like we see in the video.
Making an Illuminati hand sign, the speaker says people become obsessed with "scapegoating Jews" rather than addressing their real problems.
You'll have to watch the rest yourself because I find it unbearable. Lies are powerful and these are toxic. Like wading in a sewer. Commie Jews specialize in lies. Cabalism is a psychopath's solipsism.
Their age-old strategy is to conflate legitimate resistance to Jewish banker control with Jews in general.  Thus they deflect attention from the Masonic Jewish (Satanist) conspiracy (which should be obvious to all by now,) by depicting it as "prejudice."
The satanist bankers are expanding their monopoly over credit into a monopoly over literally EVERYTHING - material. mental and spiritual.
The issue isn't Jews in general but the Communist minority, a termite infestation who like many non-Jewish Freemasons serve this agenda which is devouring America and the world today. Think WEF, UN, WHO, Climate change, CRT, BLM, Climate change, gender dysphoria, Demonrats etc..
Cabalist Judaism is a satanic cult, that first inducted Jews and Freemasons, and through central banking and fiat currency, inducted much of the human race, with some conscious God-fearing people like us resisting as best we can.
This is not a racial or religious issue. The Rothschilds installed a faux political class of Gentile Freemasons, traitors, opportunists, criminals and perverts.
The issue is the Communist conspiracy to enslave and dispossess mankind. not racial or religious prejudice.
The issue is God Versus Satan.
Jewish or not, the globalists represent Satan.
Cabalism is Jewish but most Jews, like Gentiles, are clueless, cowardly conformists, not conscious Satanists.
We are all in death struggle with Pure Evil.
Am I "good for the Jews?"   Absolutely!
----
Related - This is an excellent video on the connection between Masonry and Judaism.

The Satanic doctrine in Freemasonry

Makow - Why I Remain "Jewish"
My grandparents were killed by the Nazis because the Jewish bankers put the Nazis in power to destroy the Old Order and establish Israel.
I don't want my fellow Jews and non-Jews to suffer a similar fate due to the bankers' latest machinations. Ordinary Jews are not human shields for the bankers. The bankers foster antisemitism to deflect blame from them onto Jews in general.
If you appreciate my work, please support Brother Nathaniel

Comments for "Is Henry Makow "Good for the Jews"? "

Looked at the video your sister sent you, twice. It seems incredibly "meh!"

It doesn't make any strong statement of defence for the Jews other than the argument for other people's financial well-being when they are around! That to me is very lame and off-putting..surely there are other and better reasons we should want the Jewish people as neighbors and friends!

Are there no arguments in defense of the Jewish people other than this one?

Surely, Henry, they could come up with something better than this!

Henry Makow is good for humanity. He is a hoot!

He is also steadfast, consistent and extremely fair. He has made his mark on his generation and all around the earth. We know him by the earnestness of his position which never fails to be a trustworthy one. He lists on his site the best possible links for further, corroborating information. His is the first website and practically the only one I tap into each day for a beacon of truth into the issues of our day. I know that Henry will not steer me wrong! He remains sane in a world gone far amok and awry; not an easy thing to do! He has a sense of what is right and good and can and does handily expose the fraudulent and the ridiculous of our times.

Any who do not understand about the "handful" of good Jews are themselves programmed and shortsighted. If ever the "know them by
their fruits" directive were necessary, it is in this context. I just hope more of "the handful" speak up and join all who want a world free of evil. You've given them a model to go on. Thanks, Henry. Got your back, brother.