( Courtesy Snippets & Snappets)
Left, The rabbis recognized six genders that were neither male nor female.

Still Don't Think We're Being Inducted into a Satanic cult called Judaism???
"The Talmud is to this day the circulating heart's blood of the Jewish religion.
Whatever laws, customs or ceremonies we observe ~ whether we are Orthodox, Conservative, Reform or merely spasmodic sentimentalists ~ we follow the Talmud. It is our common law." ~ Herman Wouk

Abortion and gender-bending are both part of Judaism

Roe v. Wade amounted to the imposition
of the Jewish "religion" (i.e. Satanism)
on every US citizen, no matter what his religion.
"Coverage of the summer of defeat in Ukraine is similar to coverage of the Summer of (abortion) Rage in America. In each case, the concoction of Jewish fables serves as a substitute for honest reporting about what is real.
Truth, it turns out, isn't the opinion of the powerful after all, because nothing is more powerful than what is real, and what is real is always the correspondence of mind and the thing. It is never the mind in lieu of the thing.
It means that Ukraine is losing the war, no matter how many flattering articles the Jewish paper of record writes about the Jewish piano player in the olive drab T-shirt. It means, finally, that the era of Jewish hegemony over our culture is coming to an end." 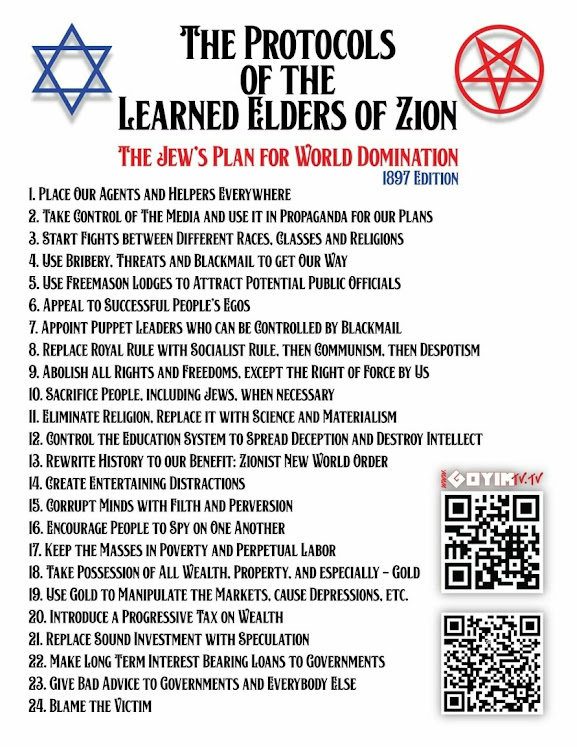 Comments for "Democrat Gender Policy is Based on the Talmud"