Jewish Descent from Biblical Hebrews is Another Hoax 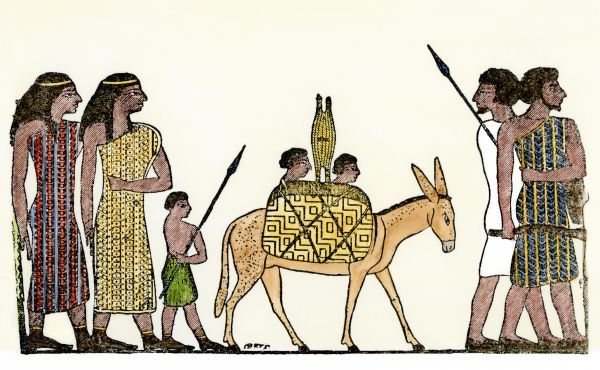 Palestinians may be
the actual descendants
of Biblical Hebrews

In 2001, Dr. Areilla Oppenheim of the Hebrew University in Jerusalem,
conducted the first comprehensive DNA study of Israelis and Palestinians.
She concluded that Ashkenazi Jews were of Mongolian 40% and Turkish 40% genome.
by Edward Menez
(henrymakow.com)

Today's DNA testing services such as "23andMe" allow for normal people to provide a saliva sample which is tested in a lab.....and voila!....your ancestry can be broken down into percentages with quite accurate results.

My sister had it done, and the results were what we'd thought they'd be based on what we knew about the ethnicity of our parents, grandparents, and great grandparents.  So how simple would it be for today's Ashkenazi Jews to take such a test en masse to determine their percentage of Semitic heritage, and thus verify their claim on Israel?
Well, that's been done already, and it's not surprising we haven't heard much about these studies.

Dr. Areilla Oppenheim of the Hebrew University in Jerusalem, conducted the first comprehensive DNA study of Israelis and Palestinians in 2001. She concluded that Ashkenazi  Jews were of Mongolian 40% and Turkish 40% genome.
There was no Semitic blood connecting them to the original Middle Eastern Hebrews of 4,000 years ago in Jerusalem or Biblical territory. Jews were found to be more closely related to groups in the north of the Fertile Crescent (Kurds, Turks, and Armenians) than to their Arab neighbors.
https://www.ncbi.nlm.nih.gov/pmc/articles/PMC1274378/
This was confirmed by another DNA project from Dr. Eran Elhaik at the McKusick-Namans Institute of Genetic Medicine at the John Hopkins University of School of Medicine, in 2012. His conclusions were the same!
The results were consistent in depicting a Caucasus ancestry for all European Jews. The analysis showed a tight genetic relationship between European Jews and Caucasus populations and pinpointed the biogeographic origin of the European Jews to the south of Khazaria. i.e Ukraine.
https://www.sciencedaily.com/releases/2013/01/130116195333.htm
At the same time, extensive DNA evidence showed that the Palestinians had 80% more or less Semitic blood in their ancestors, who were therefore determined to be the real Semites.

REFLECTIONS
We've seen a lot of this lately, this "up is down" and "black is white" reversal of the truth from the Ashkenazi Jew-owned media and governments: men can have babies, vaccines protect your health, and farming is killing us.
Ever since 9/11, I decided to take the philosophy of just thinking the opposite of what the media tells me.  When the media said the Muslims carried out the 9/11 attacks, I just replaced the word Muslims with their mortal enemies, the Ashkenazi Jews.  I also started to realize that this tactic of reversing the truth goes back way further than I imagined.

They tell us people of European descent shipped the slaves over to North America from Africa: no, it was primarily Ashkenazi Jews who did that.  They tell us the Jesuits were Catholics: no, Ignatius Loyola was a Marrano, or "crypto-Jew".  So was Christopher Columbus.

The point is, these Ashkenazi Jews are always passing themselves off as someone else or letting someone else take the blame for their misdeeds.  So why wouldn't they call themselves Semites, even though it's their enemy the Palestinians who are the real Semites?  A DNA test would prove that almost instantly.

My prediction: when people finally see through the way that the Ashkenazi Jews claimed Israel on false pretenses, they will shift out of the Middle East back towards their original homeland--the country currently known as Ukraine.  The 2022 Russian-Ukrainian war has been planned for quite a while for just that reason.

Thanks to MM for the tip!
-
Related-
Impure Blood--Have New Scientific Discoveries Proven Most Jews to be Racial Imposters?
https://www.texemarrs.com/102004/impure_blood.htm

Comments for "Jewish Descent from Biblical Hebrews is Another Hoax"

Even the Biblical Hebrews & Israelites were miscegenated frauds & liars. As pointed out some time ago, the Elephantine Island Jews of 400 BC knew not the Torah & had their own temple (illegal) because the Torah was later made up (lore expanded upon & codified) during the Babylonian exile. An Egyptian stele of some 1200 BC has but a nominal comment about the Hebrews (bandits to them) and only a Moabite stele of 900 BC even references Israel and their God. Hardly big time. Further, the Egyptians were in control of Cannan in the time of Moses. Moses likely didn't exist either because the Egyptians were great record keepers and no loss of soldiers to such a person was recorded nor anything about him or Israelites. Further, as modern archaeologists note there are no pottery shards remaining from any 40 years in the desert or old camp fire remains either as would be the norm. Author Israel Shahak notes this and more. As to miscegenation, the whole lot of them were inter 'married' to tons of pagan/gentile slave wives. Jacob had two such from which the tribes animated. Joseph was married to an Egyptian & Moses to a Moabite & then a Black, among others. Bathseba was a Hittite and Solomon bred with abandon to all sorts of pagans. The purity con is just that. It's even more laughable today if one searches the pictures of all the different types of Jews in the world. Start in China heading West, South (into Africa) & North into Sweden. Some one 'Chosen' people here of the 'seed'!

“They tell us the Jesuits were Catholics: no, Ignatius Loyola was a Marrano, or "crypto-Jew".

I do appreciate much of what you advocate and publish on your site.
However, the latest article written by Edward Menez makes a completely b.s., impious and blasphemous statement (see above) that has been constantly regurgitated by anti-Catholic shysters at Winter Watch, aanirfigan, and countless other dubious sources of internet “information.”

Since the Holy, Roman Catholic Church (to be distinguished from the counterfeit Vatican II religion) officially (1) officially recognizes as Her own the Jesuits and (2) has infallibly declared that Ignatius of Loyola (of Ashkenaz lineage or not) is one of Her saints, to venerated be all Catholics by Her command, and is subsequently held up by Her as a model Catholic.

Nobody Edward Menez needs to provide proof-positive evidence that (1) Loyola’s baptism was invalid (which would automatically make him a non-Catholic) or (2) at anytime in his adult life he practiced the “Jewish” religion, either in public or private, which as an act of apostasy, would also have rendered him a non-Catholic.

Since no such evidence exists, he (along with any other miserable types that hold to that view)
need to recall the solemn admonishment of God Himself to those who oppose the Church He founded to teach, govern, and sanctify the world: