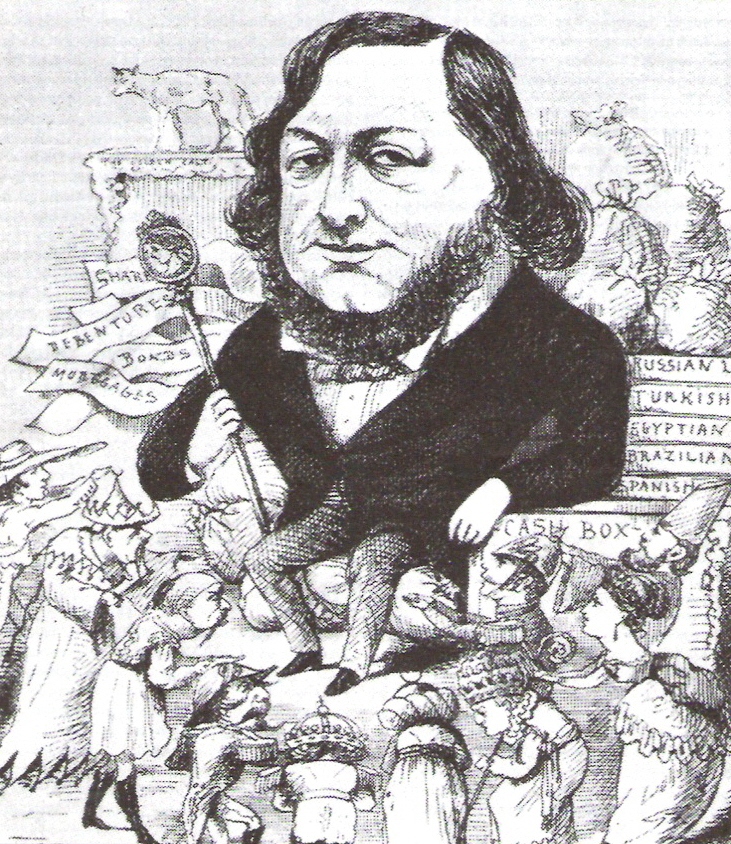 "This period cartoon illustrates the crowned heads of Europe -- the ostensible rulers of the day -- bowing before Lionel Rothschild (1808-1879) on his throne of mortgages, loans and cash. In fact, this was the reality of the day, the effective fruition of the age-old Jewish dream of a New World Order -- a Jewish Utopia -- in which all other peoples of the planet would bow down and worship the Jewish people, the new rulers of the Earth. For good reason, indeed, Rothschild was known as the "king of kings."  Michael Collins Piper The New Babylon


The British Empire and consequently the New World Order reflects the rapacity of a
clique of Jewish occult banking families known as "The Cousinhood" (by virtue of intermarriage.)
They, along with the top Gentile Freemasons, are the Illuminati. Here are some excerpts from an article about them by Andrew Joyce. Read about the Boer War at the end, and my note about Communist Party also being a "family business." It's the same family.


"Despite comprising less than three tenths of 1% of the population, Jews constituted over 20% of non-landed British millionaires."


by Andrew Joyce
"Free to Cheat: Emancipation and the Anglo American Cousinhood"
(Abridged and edited by henrymakow.com)


From the early 19th century... English Jewry was ruled by a tightly connected oligarchy. Daniel Gutwein states that this Anglo-Jewish elite comprised some twenty inter-related Ashkenazi and Sephardic families including the houses of Goldsmith, Montagu, Nathan, Cohen, Isaacs, Abrahams, Samuel, and Montefiore.[14]

At its head "stood the House of Rothschild."[15] This network of families had an "exceptionally high degree of consanguinity," leading to it being termed "The Cousinhood," and among them "conversion and intermarriage [with non-Jews] was rare."[16] 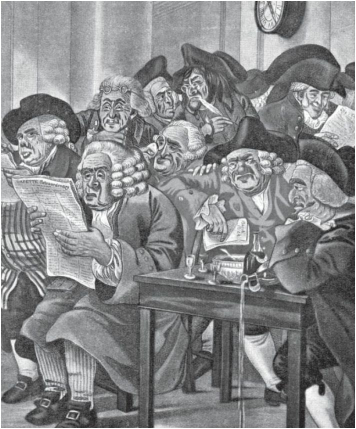 Todd Endelmann attributes the lack of conversion to the fact that "conversion was not as useful, in general, to English Jews as it was to Jews in Central and Eastern Europe."[17] The Cousinhood exercised control over the Jewish community through its leadership of the Board of Deputies of British Jews, an organization which would later become one of the chief engines of the move for Jewish emancipation.[18]

The other means through which the Cousinhood maintained control over English Jews was its practice of "systematized philanthropy." The Cousinhood largely refrained from involvement in Jewish religious life but heavily devoted itself to founding and leading the Anglo-Jewish Association -- "the principle arm of Anglo-Jewish political and education aid" to global Jewry.[19] Endelmann notes that these communal institutions "determined the tenor and the agenda of the public side of Jewish life in London."[20]

To illustrate the extent of blood and financial ties of this network of families, let us consider the following: in 1870, the treasurer of the London Jewish Board of Guardians was Viennese-born Ferdinand de Rothschild (1838-1898). Ferdinand had married his cousin Elvina, who was a niece of the President of the London United Synagogue, Sir Anthony de Rothschild (1810-1876).

In addition, Anthony was married to a niece of Montefiore, the daughter of Abraham Montefiore and Henrietta Rothschild[21]...et cetera, et cetera. In financial terms, the houses of Rothschild and Montefiore had united in 1824 to form the Alliance Insurance Company, and most of the families were involved in each other's stock-brokering and banking concerns. Endelmann notes that in these firms "new recruits were drawn exclusively from the ranks of the family."[22]

Working tightly within this ethnic and familial network, the Cousinhood amassed huge fortunes, and in the years before World War I, despite comprising less than three tenths of 1% of the population, Jews constituted over 20% of non-landed British millionaires.[23] William Rubinstein notes that of these millionaires, all belonged to the Cousinhood.[24] It is worth noting that this wealth was derived exclusively from the fields of "banking, finance, the stock markets and bullion trading."[25]

By virtue of this incredible level of wealth, the Cousinhood enjoyed a certain degree of political influence. Endelmann provides evidence that the group had "used its economic power to insinuate itself into the different sectors of the political establishment: the political parties, both Houses of Parliament, and even the government."[26] Endelmann further states that the  Cousinhood's influence was wielded in the pursuit of "ethnic sympathies, family tradition, and group self-interest..." 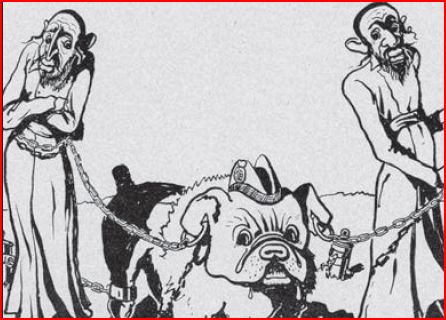 By 1900, through a process of ethnic and familial networking, the Cousinhood had secured many of the most significant administrative positions in the Empire. Feldman notes that the Nathan family alone had by that date secured the positions of Governor of the Gold Coast, Hong Kong and Natal, Attorney-General and Chief Justice in Trinidad, Private Secretary to the Viceroy of India, Officiating Chief Secretary to the Governor of Eastern Bengal and Assam,  and Postmaster-General of Bengal.[35] In Parliament, Lionel Abrahams was Permanent Assistant Under-Secretary at the India Office, working under his cousin Edwin Montagu who was then Parliamentary Under-Secretary for India.[36]...

The first signs of the Cousinhood working for global ethnic interests came in the early 1890s....

Another example of the Cousinhood's increasing grip on the direction of British politics came with growing Rothschild involvement in South Africa. Feldman states that during 1890s the Rothschild branch became "heavily involved in diamond and gold mining on the Rand."[40] When the German-Jewish diamond and gold mining magnate Alfred Beit floated Rand Mines in 1893, he was crucial in ensuring the House of Rothschild received more than 25% of the shares. By 1899, Britain found itself at war with the Boers of the Transvaal over the vague cause of securing political rights for foreign gold miners.[41] Because of the obvious shared ethnic heritage of the mine owners and the diplomats who trod the path to war, "the view that the war was a Jewish war was commonplace among its opponents."[42]

... In February 1900, Members of Parliament were openly acknowledging the Jewish complexion of the hostilities, with John Burns emphatically declaring before a full House of Commons that, "Wherever we examine, there is a financial Jew operating, directing and inspiring the agonies that have led to this war...the British army which  used to be used for all good causes...has become the janissary of the Jews"[44] -- a comment that rings true today as a description of the American armed forces as a tool of Israel and its powerful American lobby in the war in Iraq and the looming war with Iran.

The same year, the Trades Union Congress issued a statement that the war was being fought to "secure the gold fields of South Africa for cosmopolitan Jews who have no patriotism and no country." Justice, the newspaper of the Social Democratic Federation pointed out the involvement of "unscrupulous Jewish financiers" and the "Semitic-capitalist press."[45] It is difficult to conceive of such free public expression today in the mainstream media...
--------- 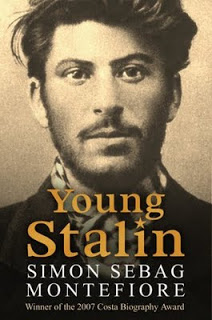 Note 2-    "The [Communist] Party was almost a family business."

The extermination of the Ukrainian Kulaks was directed from the Kremlin where the Bolshevik leadership lived in family apartments and maintained a fraternal atmosphere suffused by collectivist idealism i.e. their egregore. This is how historian Simon Sebag Montefiore, the scion of a British elite Jewish family, describes the scene during the Holomodor. Of course he doesn't mention that most of the main players were Jews.

"The Party was almost a family business. Whole clans were members of the leadership... This pitiless fraternity lived in a sleepless frenzy of excitement and activity, driven by adrenalin and conviction. Regarding themselves like God on the first day, they were creating a new world in a red-hot frenzy... " (Young Stalin: The Court of the Red Tsar, p. 40, 45)

British Getting Tired of Endless War

Let them inbreed until they are stupid and infertile, that would be the best for them and something to celebrate. But that's not our problem at all. The problem is the fraud they have been perpetrating on the world with their worthless paper coupons called dollars, pounds, etc.

I think this Cousinhood thing or inbreeding with relatives is part of the problem with some of the elites.

Not only is it genetically unsound it is probably against divine law. How many financial and political leaders who were just a tad crazy were a product of incestuous marriages? Probably quite the list.