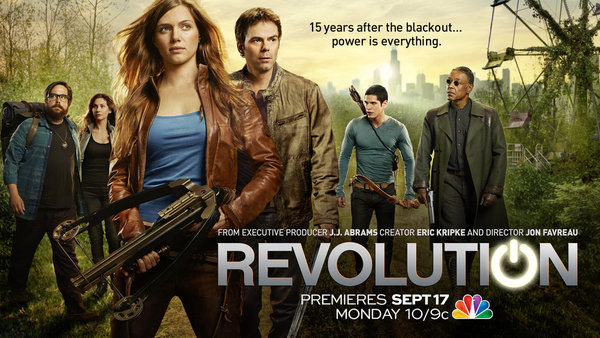 Wars cost big money. It is far cheaper to stage a revolution in a target country.  Let their own traitors and useful idiots do the heavy lifting.  No need to pay for standing armies and pensions, just supply a few professional mercenary directors, bullets, and bribes.


"It's not whose army wins, it's also whose story wins."
~ Joseph Nye, Chairman of the Trilateral Commission and co-founder of Neoliberalism.

Masonic historians want you to believe the Illuminati was a bungled plot to overthrow the Bavarian government. concocted by a college professor that got exposed, and that it had no connection at all with the revolution in France six years later..

The fact is, the French Revolution was planned many years in advance to be the lynchpin of a wave of revolutions of every nation in the the Holy Roman Empire as well as France. [1.]

If you were taught that the American War of Independence shared the same ideology and goals, you were misinformed. The French Revolution was actually a proto-Communist coup covertly assisted from a distance by the newly created Foreign Office in London.

It was a test of the Illuminati formula for subversive change of regimes and social order,  designed to strangle liberty at its birth. A communist revolution like the French Revolution is a restructuring of society.  Nothing changed in American society except freedom from the British rule.  There were no purges during or after the American colonies won independence.   It was a war of a continental army led by professional military men with previous experience in the theaters of the Seven Years War fought in Europe and Canada.

The British didn't slaughter civilians and nobody was slaughtered for their religious affiliation.  When Cornwallis surrendered to Washington, the Americans simply let the British troops go home and even returned the officer's swords and side arms.

The aim of revolution in Europe was another matter.  The goal of the Jacobins was to destroy Altar and Throne, en route to the resurrection of Plato's Republic.

The French Revolution was the first Illuminati formula revolution.  The importance of Adam Weishaupt  isn't for creating 'the' Illuminati.  What matters is that a "manual" for Illuminati revolution was found by the Bavarian police on a messenger.

"Revolution" means literally the "turn around" of organizational structures to cause a shift in power called 'regime change' in recent times.

The Innovative Jeramey Bentham and friends devise a formula of subversion of target states,  masquerading as "people's revolution".  This was an upgrade of the ancient Greek Trojan Horse.

The formula for "turning over" a target society consists of four stages:

Wars cost big money. Far cheaper to stage a revolution in a target country.  Let their own traitors and useful idiots do the heavy lifting.  No need to pay for standing armies and pensions, just supply a few professional mercenary directors, bullets, and bribes.

The "Normalization " brings with it the purge.  Why?  Because Normalization is a cynical term for imposing the 'new normal' by political correctness backed up by force.  This is when neighbors disappear in the night or get killed by drive-by shooters or snipers.

Gone are the old purge methods of gulags and firing squads.   Purges have been going on daily all over the world right under our noses.   They try to avoid using the cliche cattle trains and concentration camps, firing squads and mass graves.   It's easier to accidentally drop a few tomahawk missiles or write phosphorous cluster bombs into residential areas and say "oops."

The Jacobin and Communist revolutions carried out two waves of blood purges.  The first wave eliminates the Establishment.  Not just the leaders, but it also "culture bearers" of the target society.  These include the intelligentsia, i.e. teachers, journalists, doctors, labor leaders, lawyers and religious ministers.   The suppression of spiritual guidance and all religion is especially important for Communist revolution.

The second purge comes after the new regime has secured power.  It's a 'house cleaning' within the revolutionary coterie itself.   Before a revolution, diverse interest groups form a coalition for strength to topple the establishment.  Anarchic radicals are a great tool against established communities but they're a liability after the Old Regime is gone. The Bolsheviks purged the Russian aristocrats, Trotsky purged the Bolsheviks, Stalin purged the Trotskyites; and they all purged the clergy.

This was done in Iraq under American noses from 2003-2005 before the Iraqis fought back, and very few Americans have a clue that the ordinary professional class was picked off by assassination squads in the thousands. The public never questioned why the US government was suddenly using a private army of mercenaries called Blackwater.

After the war was over, nobody was bothered by the Iraqi body count.  The military used a formula of how many civilian deaths the US public won't notice in a day.  The figure was 30 people. When figures were given for civilian deaths in Iraq in bombing attacks sure enough reports always run like  "29 Iraqis were killed when a car bomb exploded near a mosque this morning....."

In Tripoli, the 'accidental' civilian casualties were reported in groups of 30 at a time.

Air strikes aren't random as they were in the Vietnam era.  They already have a list of people to kill in Libya and they have daily intel on where those people are.  When a whole neighborhood is 'accidentally' bombed while families are asleep, that whole community is on the list of 'enemy combatants'.

Targeted assassinations by "Predator" drone aircraft replaced helicopters in 2006.   This WSJ video says the new hi-tech killing spares civilians and 'saves lives'.  But why do we constantly hear of groups of 30 civilians being blown up?

ISLAMABAD, Pakistan -- Several missiles fired from American drone aircraft on Thursday struck a meeting of local people in northwest Pakistan who had gathered with Taliban mediators to settle a dispute over a chromite mine. The attack, a Pakistani intelligence official said, killed 26 of 32 people present, some of them Taliban fighters, but the majority elders and local people not attached to the militants.

More Iraqi civilians died after being liberated than under Saddam's entire career.

False narrative of the Libyan 'Revolution'

Media has already laid out the story line that the Libyan people are dozens of tribes who hate each other.  That's the segue to excuse the coming purge. 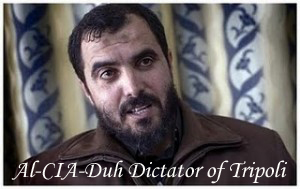 It would appear that Obama has spent another trillion dollars to help NATO set up Al Qaeda with a new base of operations on the Mediterranean in the heart of the Middle East.

This month is the tenth anniversary of one of the boldest false narratives in history, the '911' controlled demolition of David Rockefeller's World Trade Center on Manhattan Island.

"New York Mayor Michael Bloomberg says no clergy - of any faith - will be invited to participate, and there will be no prayer to commemorate the anniversary of 9/11. "

On the same page,  "On the evening of Sept. 11, Obama will deliver remarks at an interfaith service taking place at the Washington National Cathedral."

The global information monopolies have perpetuated their false narrative of 'who did it' for ten full years.  Millions of people have been killed on account of it, mostly in Iraq and Afghanistan, and now 50,000 more in Libya because the Libyan 'revolution' and indeed all the 'Arab Spring' people's 'democratic' revolutions are all spinoffs in the '911 paradigm' i.e. "everything changed after 9-11.

For billions of people, the only accounts of events beyond their cities and villages come through the media networks,  which during the last 30 years have been completely monopolized by the Globalist umbrella combine.

This weekend as the media regurgitates the Disneyland version of what happened on September 11th, 2001,  how many people do meet whose perception of current events rides on that story?

How many people know what you do, that all "peoples' revolutions" are sponsored by the central bankers and engineered by MI-5/CIA/Mossad to

Jacobins of the French Revolution (Vid)

Very good and informative article about the real nature of so called 'Revolutions'. For an other view of the 'Frenchy Revolution', take a look on Paul A. Drockton's article "Liberty, Equality and fraternity",

and for a yet deeper insight of 'Revolutions' and the machinery behind then, read Jyri Lina's book "Under The Sign Of The Scorpion". This book is possibly the most dangerous book in the world (for the perpetrators) and is not possible to be bought in ordinary book-shops (and also are suppressed by high price on Amazon), but you can buy it from Texe Marrs in USA and by Mr. Reino Trass in Canada (Toronto). The book can also be bought by contacting the author himself.