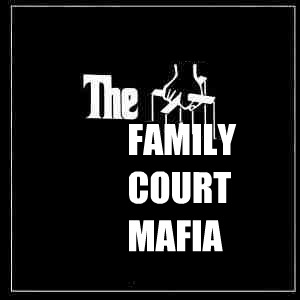 Thank You Oprah for last week exposing the epidemic of sexual abuse of boys. There are hundreds of thousands of MOTHERS who have tried to do the RIGHT thing by their children, who have disclosed sexual abuse by their father and behaved in ways sexually abused kids act.

My children, like a million other children in North America right NOW, were forced into JOINT unprotected Physical custody with their father.  My child's eyes look just like one of the men on your show today, terrified.  Every week of their childhood has been one of trauma being forced against their will, in spite of their instincts to go where they knew they were not safe.

The 1985 Divorce Act (in Canada) has basically resulted in every father asking for custody, getting joint custody. The men who have benefited most from this legislation are pedophile fathers.  The Catholic Church cover up started to get exposed in the 80's and it was no longer possible for pedophiles to hide behind the cloak of the Priesthood and social reverence of the Father.

These opportunistic narcissists morphed into 'the Good Father' who only wants his fair share of his children (aka property). The Judge gives the check mark, with joint or sole custody, no matter how abusive the mother knows him to be. Well nobody looks behind those 4 walls of that dad's home for the rest of the child's life.

In fact, in EVERY FAMILY COURT across North America, children are actually being trafficked legally.

Family Court Orders are the LAW, and with child custody Enforcement LAWS, children are forced, against their will and despite their innate judgment of right from wrong, into their nightmare.  In the 2% of divorces that involve sexual abuse allegations, mothers are denied their fundamental, God-given divine right to protect their own children by Family Court Orders.  How is this possible?

With the Divorce Act ensuring joint custody for every father who asks for that, came the theory of "parental alienation."  This simplistic, theory has been gobbled up by the courts like candy, and has become the perfect defense argument for pedophile fathers and their lawyers.

Richard Gardner, the self-promoted psychiatrist, who invented this theory,  was quoted as saying 'there is a little bit of pedophilia in everyone'.  This theory has been so widely accepted and adopted by the general public, that every person you talk to will say 'oh I know a wonderful father whose ex alienated him from his children'.

This argument has been used against innocent child victims who DO have moms who believe and try to help them. If the mother does not ENFORCE the custody order, she faces prison, yes prison for contempt of court (for doing the right thing).  If she  tries to escape and protect her child she is hunted down and imprisoned for child abduction/parental kidnapping.

If she believes her child, she is accused of making 'false allegations'

or 'coaching' or 'emotionally manipulating' her child.  In fact the Parental Alienation theory has been so pervasively adopted, it now serves as so called 'evidence' that by virtue of the FACT that she has believed her child she is 'emotionally abusive'.  Mental Health Quackery is one Chapter in the book, from Madness to Mutiny by Micheal Lesher, lawyer and journalist, Amy Neustein.

Ultimately no matter what us moms, have done to protect our children many of us with sons, who we know are being destroyed. Family Court Judges have awarded the child's identified perpetrator with custody.  58,000 children in the US are ordered into the unprotected custody of their identified sexually abusive father every year. (Google "Leadership Council). First the father is awarded his RIGHTS to joint custody, then ultimately sole custody when these children's moms have tried to protect their own children.

Family Court Judges are ordering innocent victims into a childhood prison sentence in the same prison cell with their identified sex offender and throwing away the key. Mothers are legally denied the right to protect their children and are put in another prison cell for trying to.

Our rights as mothers have been stripped away from us by the Family Law Branch of the Government. Good loving, fit, decent, responsible mothers all over North America are seeing their children either like criminals, on probation of 'supervised visits'.  Where loving moms have to pay and to be watched, like zoo animals with their children for the hour or 2 a week, the court grants them.  Remember loving, decent men would not do this to their children or their children's mothers.

If a mother continues to believe her child, she may never get to see her child again. Somehow, the word alienation that the father can now legally do to the mother with these court orders never is mentioned again once the fathers are awarded sole custody.

Read Wendy Titelman's Book, "Let My Children Go".   She deserves to be on "Oprah" to represent the thousands and thousands of mothers who couldn't have TRIED everything, in this merciless battle to do right by our children, yet denied our fundamental, God given, divine Right to.

Please Oprah, you could be the voice that saves these children, who have been completely threatened into silence. Abusive men, who seek to maintain control over their victims have been able to use Family Court Orders to beat these defenseless children into submission to the most heinous crimes imaginable.

Just to confirm this horrific reality Google daddy/son incest or daddy/daughter incest. These men are getting away with these crimes. Nobody is looking, nobody is finding them. Why?  When children of divorced parents speak, they are categorically NOT believed.  Yet who has access to the 40% of children UNDER 8 years of age to produce child pornography?  It would have to be someone they live with wouldn't it be?

Mothers all over North America, know you are a voice for the people.

You have more viewers than any other public figure. You have a heart.

You have a conscience. We are praying God has tapped you to help

all these children through the door, out of these cruel prison sentences,

that are destroying their childhood, their souls for no reason. Because we are the mothers who have tried to do the right thing once we realized we were with an abuser.

Wendy Clarifies: This is not a condemnation of men as fathers.

"Only 2% of divorces involve allegations of sexual abuse.
It's these 2% of children that are NOT being listened to and the mother is accused of making
false accusations, coaching the child, or alienating the child.

Kids tell the truth, until they become so threatened into silence they no longer are able to.
These 2% of  children, who have fathers that are also pedophiles, are the one's that get tapped These are the men, who get helped by lawyers like Jack King, (who are themselves depraved)

These deviant dad's are the one's who get their rights to their fair share and then sole custody with the parental alienation argument.
Lawyers don't help men like the one's this first Nations man is describing.  are the perfect targets for the Illuminati plan.

Given the USA population and divorce statistics at 50% ending in divorce 58,000 is probably an accurate representation of children who do disclose sexual abuse, but are not listened to, believed or helped.

KIDS DON"T MAKE THIS STUFF UP -that's the point
Good fathers need to stand up against pedophile men masquerading as taking over their child victims through the failure of all levels of the system, as the Family Court Judge reigns supreme over their lower roles no a provincial and local police level.  Everyone is to bow down to a Family Court Judges order as it is the LAW.

We all need to stand up against child sexual abuse.
It's about a child's fundamental right to safety and security of persons.
Off the top of my head, the statistics are of all children sexually abused 30% is by the father, 30% by a step father figure 30%by male relatives, coaches, ministers, others who are know to the child; less than 5% by the mothers, and about 5% strangers.

Blog devoted to these issues

Best Site on This Issue

Oklahoma goes one step farther, they use state agencies to warehouse families and teach women to hate men through the so-called empower
women program through the YWCA of which is suppose to be Christian association and help families but in reality they destroy families and
make money off the state by warehousing women and their children. Go
to the website http://www.lostfamilyonline.com/run.htm and read a horror story of how the state of Oklahoma prays on hispanic and asian
women whom do not know their rights and generally have "green card" citizenships. Go to the Links provided to read about the corrupt legal
system in Oklahoma of which is extracted from public records and is all true and factual. Also encourage all your friends to go to the
links listed below and secure the book "Run Amuck System(Out of Control American Judiciary)." This books tells the plain truth of
what is going on in the United States of America................I know
for I wrote the entire book to hopefully enlighten the American Public before violence like the Murrah Bombing happens again............

I just saw it. The parental alienation thing works both ways, or should. If one parent is proven to be unfit (Is a real abuser) then I agree with the upholding. Otherwise, it should work both ways. I don't think relegating 5% of abuse to women is correct, It would not be classified as physical abuse, psychological trauma. The modern womans mind should be at ease however, considering how up the job market is for women in general, and as its usually the case that money is the source of their happiness, (As I have seen it) .

I think if Wendy wants to make a real difference, and protect children that she needs to establish a network of watchers. Something like the church was intended to be. No buildings no bullshit. Just people watching and listening, its the the only way to discover and root out true abusers. Its counterproductive to incriminate such a wide ambiguous spectrum of operations, such as men gaining custody of their children. Other less intelligent people who wish to do good read these things and jump the gun, and furthers the problem. Be wise as serpents , and gentle as doves. (Wise does not =underhanded).

Interestingly (horrific) contrast between this article and the article
prior; respected dads not
given custody, whilst deranged/depraved dads with custody of the
children in divorce cases.

The only way to break this is to break their legislation. The only
way. Case by case maybe.
Logically bring attention and gang-up on the hidden dynasty pulling
these legislative strings.
Hidden to some, not to all, those with the abilities hopefully will
come forth and speak/write.

Posting here, and elsewhere, to gather men willing to fight against
the House of Rothschild.

Rothschild lie #1 - "I care not who makes the laws"
http://bornagainfreeman.ning.com/forum/topics/being-on-the-same-page?xg_source=activity

Wendy speaks truly. For those who have wondered if the Illuminati agenda is strictly against men this is a good point to say the culture war is against good fathers and good mothers in the natural sense. The endgame of the agenda is elimination of the natural, nuclear family. In order to do that they will favor sex deviants and pedophiles, and promote lesbianism and homosexuality and sex addiction above all as social norms. Her case is the other side of the coin from the normal fathers who are getting the shaft.

I wouldn't count on the Oprah puppet to broadcast anything other than what she's told.