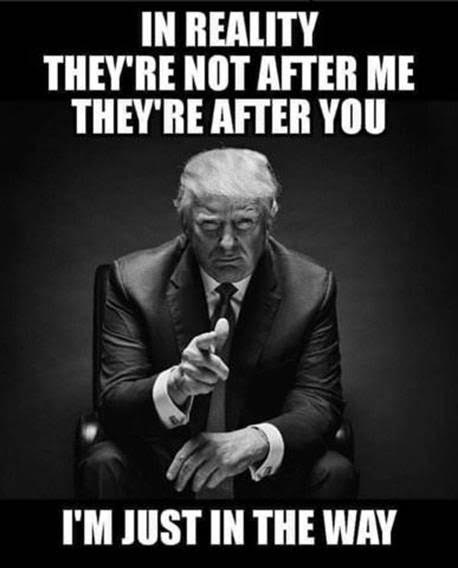 (left, Oliver Stone, a long way from the man who made "Platoon")
"So why bother reviewing "The Untold Story"? While we don't learn about American history, we learn about Oliver Stone."
Oliver Stone comes out as a fellow traveller in "The Untold Story of the United States." This ensures that the real story -- Illuminati Jewish subversion --remains untold.
by David Shewchuk
(henrymakow.com)
Recently, a 10-hour the documentary The Untold Story of America was broadcast on Showtime.
It is easy to disagree with a perspective and suggest another.  It is more effective to show how something fails on its own terms. Stone states up front that his frustration with the history being handed down led him to tell the "untold story". But that is what he fails to do unless the "untold" is the misleading stories he does tell. 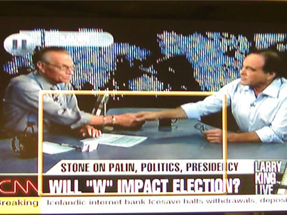 (Two Bnai Brithers signal recognition, thumb on knuckle)
UNTOLD OR OLD HAT?
One reviewer called the title "misleading" in that nothing was "untold" previously.
That might just sum up the documentary in one sentence.  Don't watch in anticipation that sooner or later something new will be revealed.  It never happens.
Furthermore, he is following in a well worn footpath. The 24 part 1996 "Cold War" documentary (master minded by globalist Ted Turner) covers virtually the same events and uses much of the same camera footage. It is as if Stone took out the parts of Cold War on the Soviet Union, left out the eye witness interviews and added his own comments. Cold War is the better balanced and more revealing effort.
So why bother reviewing "The Untold Story"? Well, while we don't learn about American history, we learn about Oliver Stone.  Certainly he has done many good and thought provoking movies.  As a screen writer and director, he has been able to suggest and allude without laying his cards on the table.  Documentaries are generally not as conducive to artistic license, so, assuming he is being honest, here we see deeper into his thoughts.
TELL ONLY PART OF THE STORY 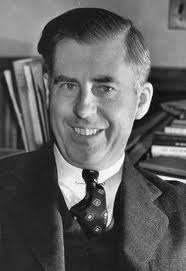 (FDR's VP, Henry Wallace makes Obama look like Sen. Joe McCarthy)
One could give Stone a pass if he kept to a good accounting of the last 70 years. At times, he does that effectively but then he moves to a new topic and proceeds to grossly mislead the viewer by telling only part of a story. A primary example of this is Henry Wallace.
Wallace was Vice President from 1940-44. Wallace is portrayed as a great forgotten hero, an honest populist, peace activist and an advocate for equal rights and working people.  If accepted as VP for the 1944 elections, he would have been President when Roosevelt died and in Stone's view would have created a better post-war world. Stone builds the case that he was railroaded out by corporate dominated forces within the Democratic Party.
Some of what Stone leaves out:  Wallace was a high level Freemason (as were Roosevelt and Truman), a member of the Theosophic Society and deeply into mysticism and the occult. He was heavily influenced by Russian mystic Nicholas Roerich and wrote letters to him with "Dear guru" and ending with "G" for Galahad (a nickname Roerich gave to Wallace).  It was Wallace, as secretary of agriculture in 1935, who encouraged Roosevelt to modify the US one dollar bill to include the great seal with its pyramid topped by an eye.
Wallace was also very friendly to the Soviets. While on a tour of Siberia in mid 1944, after visiting a visually sanitized gulag (barb wire, machine guns, etc, removed), described its administrating body as a "combination TVA [Tennessee Valley Authority] and Hudson's Bay Company". Was this gullibility or something else?
In the 1948 election, Wallace's campaign was openly supported by the Communist Party and his Progressive Party was staffed with many communists.  Given that and the publication of his "Dear guru" letters, it is small wonder that he was rejected by voters in that election.
But Stone is determined to sell him to the naÃ¯ve viewer as an anti- corruption, anti-corporate hero right out of a Frank Capra film (he uses those images liberally).
JOSEPH STALIN
This brings us to Joseph Stalin. Stone repeatedly whitewashes the reality of Stalin's atrocities and designs,  to railroad the viewer into believing that conservative elements in the US were entirely responsible for the Cold War. 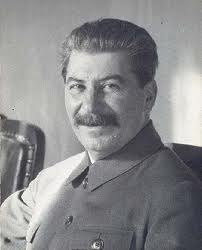 (left, Uncle Joe)
He outright lies when he says the "Ukrainian resistance" was started by the Nazis in 1941. (it is well documented that the UPA fought both the Nazis and the Soviets and suffered at their hands)
This might be the worst part of the Untold Story. What excuse could there be for sugar coating one of history's worst demagogues and mass murderers?  Ironically perhaps, Ted Turner's Cold War is far more real in this area.
There are many other examples of Stone omitting to tell the whole story:
the Death of James Forrestal
the JFK, RFK and MLK assassinations,
the Fall of the Shah of Iran,
the Invasion of Panama,
the Bombing of Serbia,
the 2011 attack on Libya,
the 911 attacks, etc.
----
Related- Sample of the "Untold Story" Stone Didn't Tell
The Freemason FDR
----
DC Dave Martin - Stone on the Japanese Surrender
An Interview with IF Stone; oops we mean Oliver Stone
Makow - Freemasonry - Mankind's Deathwish

Oliver Stone may not be a satanist, a member of the Lodge, but he is fighting on the wrong side of the fence with propaganda; the worst kind that comes off as some sort of revelation.

It could not be more clear that working (fighting) against the N.W.O. solo or in small groups can be extremely dangerous. Yet, fighting T.H.E.M. is essential, otherwise one must simply resign and wait for the next evil move planned with malice and forethought by psychopaths.

Nov 5th's turn-out was a massive disappointment. It's not about protesting for one day and leaving, but is about people en masse not stopping till one's goal is achieved. Is it possible for a million or more people to get on the same page? The window is still marginally open.

Put aside personal judgments and fight. Or simply resign to report, but never make arrests.

A revolution can be peaceful if enough people TOGETHER work TOGETHER without division.

Consider why The Ruler of the Universe allows slavery to continue. Think 'outside' of the box.

Henry, I like many watched the Oliver Stone documentary wondering what he was going to say and show. It took me less than half an episode to understand his motivation and his attempt at hijacking non-history buffs. This series was pure communist propaganda and had the blame America first mentality everywhere he could fit it in. The shame is he will influence people who don't know better with his propaganda. Thanks for posting the article.

Look up the name "Arnon Milchan" if you want to know where Ollie Stone's loyalties lie.

Filmmakers like Ken Burns or Stephen Spielberg or Oliver Stone are masters at taking the box of puzzle pieces and making the facts fit together to make any image they want you to believe.

People enjoy fictional movies because they 'suspend disbelief' to get caught up in the perils and passions of the actor's roles. But after the movie we recall "it was only a movie" and forget about it. But people that buy into the spin in a documentary don't realize that a documentary is "just a movie" too. They really are more about the makers than the truth. Actually more about what the makers want you to believe.

Spielberg's character "Indiana Jones" told his archaeology class, "If you're here looking for truth, you're in the wrong room. That's philosophy and religion, down the hall. I deal in facts".

The juggler and magician deal in illusions. Documentaries deal in juggling facts to spin your perception of events.