How We Could Replace the Fed With Social Credit 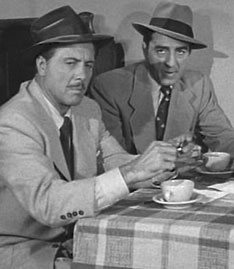 Fed members (left) don't like what they hear about Social Credit, which had some notable success in British Columbia.

The US dollar is declining against every major nation's currency because people are losing faith in the credit of the United States government. Once this element of trust declines, the perceived value of a nation's currency also declines. It's exactly that simple.

As a nation's debts rise to irredeemable amounts, people know that nation's currency will inevitably get them less and less of what they need or want. There are many reasons for this decline of faith and perception of diminishing value, but even a young child learns that s/he needs more and more units of that currency to buy less and less. In the case of the USA, this came about by the deliberate machinations of the FRB,(Federal Reserve Board) via an immense devaluation of that nation's currency and a corresponding increase in the wealth of the private banks that debased it!

Virtually all the citizens of the USA believe the FRB is a branch of the Treasury. It is not, however much it surrounds itself with those trappings. It is a private bank syndicate which extorts usury from the federal government under the guise of issuing bank credit and currency. Its operations are only partly public.

The theory and practise of Social Credit is the diametric opposite of the FRB's fraud. Instead, the sovereign people, that is, the polity of the USA, will create and receive its currency in a public manner, as opposed to the FRB creating currency and lending it to private banks at interest, which it --not the sovereign people!-- then receives.

This latter is pure usury, formerly considered the greatest of sins when the Roman Catholic Church was dominant in Europe. Because of this negative aspect to banking, it was quickly taken up by the Jews, who had no such moral or ethical strictures on the practise. This is how the Jews became dominant in all forms of banking internationally during the last five hundred years.

Under Social Credit, the power of a people to create and manage its money system and issue a currency is done in an open and public manner, as opposed to the secretive manipulations of the FRB and present federal obfuscations.

Both Thomas Edison and Henry Ford understood this early in
the 20th century, and proposed methods similar to those of Social Credit: the currency would be issued by the government in the amounts needed to pay for essential goods and services. A brief example follows.

Say that a new dam was needed at a cost of five billion dollars. That amount would be created and paid out to the workers and suppliers, to get the currency into the hands of those who participated in its creation, all without interest or bonds. It is a simple act immediately effective at every operational level of consumption, supply, and maintenance. Other people since Ford and Edison also had similar ideas, and while this history cannot be given at length here, the reader can locate them in "The Lost Science of Money", a magisterial history by Stephen Zarlenga.

In British Columbia [BC], my home province, we had the huge
benefits of Social Credit for all the years that William Bennett was the Premier, and for some years afterward. However, we now suffer under a regressive neo-conservative regime, one which has quietly sliced off pieces of the commonwealth and given them to its friends, who privately enrich themselves at public loss and expense. The best example of this is the scaling down of BC Hydroelectric, formerly the crown jewel of BC's Crown Corporations, and the minimalisation of the BC Ferries Corporation.

Bennett's Social Credit Party, commonly known as the SoCreds, determined that certain aspects of public life were to be shared in our commonwealth. These entities were the roads system, the ferry system as a subset of the roads], the collective generation of electricity under the newly created BC Hydroelectric Corporation, the hospitals [but not privately-owned clinics], the lands and forests outside existing municipalities and Regional Districts, and the minerals in those lands is well. Schools were local matters, as were property taxes in municipalities, etc.

The role of government was to fairly distribute the benefits of these to BC's people, who were then free to organise themselves via unions, co-ops, or private entrepreneurial businesses to enjoy those benefits. Outside of these, the provincial government's roles were quite minimal, primarily one of taxing and redistribution of the income received so as to broadly benefit the people, keeping a record of property transactions and titles, and enacting laws through the
Provincial Legislature.

The single best example of this is in what was formerly known as the "Social Services" tax. Bennett was a non-smoker and teetotaller, and because alcohol and tobacco each took 20% of the health and hospitals budgets, he ordered that the taxes from their sale be put into the BC Treasury. This was formerly known as the Social Services Tax, and we citizens knew what its purpose was: to contribute to the demands that drinkers and smokers would make on hospitals and the medical system beyond life's normal wear and tear.

BC also issues interest-paying bonds in order to bring in more funds, although these are not really needed if our Federal government in Ottawa allowed BC to request currency based on social need, as set out above. Each province could do this, really, and without any runaway inflation, as long as the issued amounts were for specific projects and/or resource exploitation.

Lincoln did exactly that when he ordered US$600 million in so-called "Greenbacks" printed in 1863 to finance the War of
Secession. This is why some historians now write of the Rothschilds and their agents acting behind the scenes to assassinate him, as he had learned to avoid the usury of the private banks which they controlled.

In the case of Social Credit's role in this action, instead of private banks creating credit by electronic wizardry as they now do, or by a Central Bank doing the same, the role of a SoCred Central Bank is to order the Treasury's Mint to issue currency in the amounts requested by the federal and provincial governments. These funds are then spent into circulation by the entities as needed. In the case of people who do not participate directly in these projects, an equivalent per capita sum would be distributed based on formulas derived from long-term tables of individual consumption and needs.

Comments for "How We Could Replace the Fed With Social Credit"

From the main article on BC "Social Credit": ..."the role of a SoCred Central Bank is to order the Treasury's Mint to issue currency in the amounts requested by the federal and provincial governments. These funds are then spent into circulation by the entities as needed."

This would totally detach government policy from public control, keeping people in a position of having to participate in centrally dictated economic policies in order to obtain income, and sounds like a sort of fascism.

Douglas said a primary responsibility of the credit-creating authority is to maintain an equilibrium between price-generation and income-distribution flows. In a capital-intensive economy the latter is increasingly deficient and requires supplementation, which Douglas said should take the form of price reductions for consumers and universal dividends. He opted for this approach because he believed the benefits of cooperative production and technological progress are part of an inheritance that presently is being appropriated by institutions but should be at the disposal of the individual.

This is largely an article on the political movement known as Social Credit – which was a somewhat watered-down, statist approach, compared with what Cambridge engineer Clifford Hugh Douglas developed as a monetary model. The political manifestation described in the posted article seems similar to what Lyndon LaRouche proposes (think Franklin Delano Roosevelt statism without Federal Reserve usury).

I would favour somewhat more decentralization than this statist model – as long as people are prepared to take on greater responsibility for shaping their own lives and communities, instead of abdicating so much decision-making to some outside power (such as a provincial/state government – which, as Thomas Jefferson remarked, needs to be directed and vigilantly monitored by the people rather than left to its own devices; in fact, it needs to be transparent, and independently audited). Energy generation could certainly be decentralized, and replace centralized power monopolies with abundant local generation using more advanced, efficient technologies – whose development has been suppressed by gatekeeping energy cartels. (There's a close link between money currency and electrical current, that involves distribution of power – as in Power Corporation.)

Do we want a Social Credit system with households as first spender of new money (via a National Dividend, as C.H. Douglas proposes) – or provincial/state governments as first spender? A thoughtful balance of power needs to be worked out.

Now that would work -- but be wary of any proposals by the government to go to a system which sounds similar to Douglas' social credit. If they suggest the elimination of A. private property and B. unlimited freedom to save, and C. CURRENCY. If a proposed new economic system doesn't have have all three of these, suspect a trap.

How to spot the trap:

Lord Bertrand Russell wrote in his 1951 book "Impact of Science on Society" that the electronic cashless society will be a form of social control.

"Credits" will be given to you on a weekly basis, and they have to be consumed by the end of the week, and cannot be saved up. If you are against the system and do not follow orders, you don't eat. Nobody will be able to help anyone else because all will be dependent on the system.

Wanted to share my latest video, Money From Nothing:

Thanks for your time,

There has been a lull in information about the Social Credit scheme lately, which seems odd since it is the only economic model that makes sense!

The Pilgrims of St. Micheal, in Quebec, have been going all out for over 50 years to try and get this message out there to the people.

I sponsored one of their "pilgrims" back in the mid 90's to come and speak at a few venues around Vancouver and area. It was well received by the few who attended.

There is so much more that needs to be shared in regards to this subject. Please keep digging and you'll be amazed at the ground work that has already been done.