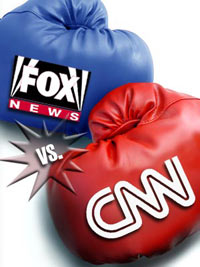 [Left vs Right] "accurately reflects our careful, artificial polarization of the population on phony issues that prevents the issue of our [money] power from arising in their minds."


Excerpt from "The Occult Technology of Power," which purports to be a manual used to instruct an Illuminati heir, published in 1974. Internal references suggest that it was a work of imagination based on extensive study. Most of it is consistent with my conclusions.


Through systematic infiltration of all major intellectual, political, and ideological organizations, using the lure of financial support and instant publicity, we have been able to set the limits of public debate within the ideological requirements of our money power.

The so-called Left-Right political spectrum is our creation. In fact, it accurately reflects our careful, artificial polarization of the population on phony issues that prevents the issue of our power from arising in their minds.

Our own liberty rests not on legal or moral "rights," but on our control of the government bureaucracy and courts which apply the complex, subjective regulations we dupe the public into supporting for our benefit.

Innumerable meaningless conflicts to divert the attention of the public from our operations find fertile ground in the bitter hatreds of the Right/Left imbroglio. Right and Left are irreconcilable on racial policy, treatment of criminals, law enforcement, pornography, foreign policy, women's lib, and censorship to name just a few issues.

Although censorship in the name of "fairness" has been useful in broadcasting and may yet be required in journalism, we generally do not take sides in these issues. Instead we attempt to prolong the conflicts by supporting both sides as required.

War, of course, is the ultimate diversionary conflict and the health of our system. War provides the perfect cover of emergency and crisis behind which we consolidate our power. Since nuclear war presents dangers even to us, more and more we have resorted to economic crisis, energy shortages, ecological hysteria, and managed political drama to fill the gap. Meaningless, brush fire wars, though, remain useful.

We promote phony free enterprise on the Right and phony democratic socialism on the Left. Thus, we obtain a "free enterprise" whose "competition" is carefully regulated by the bureaucracy we control and whose nationalized enterprises are controlled directly through our government.

In this way we maintain a society in which the basis of our power, legal titles to property and money, remain secure, but in which the peril of free, unregulated competition is avoided and popular sovereignty is nullified.

The democratic process is a sitting duck for our money power. Invariably we determine the candidates of the major parties and then proceed to pick the winners. Any attempts at campaign reforms simply put the rules of the game more firmly under our government's control.

Totalitarianism of the fascist of communist varieties is no danger to us as long as bastions of private property remain to serve as our bases of operation. Totalitarian governments of both Right and Left, because of the vulnerability of their highly visible leaders to party rivals, can be manipulated easily from abroad.

Perhaps a few words on ideology proper are in order before I conclude.

The only valid ideology, of course is rational egoism, that is, the maximization of the individual's gratification by whatever means prove practical. This requires power over nature, especially, when possible, power over other humans who are the most versatile and valuable tools of all.

Fortunately, we do not have a society of egoists. Money lords would be impossible in such a society as the mental spooks and rationalizations by which we characteristically manipulate and deceive would be a laughing stock

Under such circumstances a policy of live and let live or true "laissez-faire" anarchy might be the only alternative. Certainly a hierarchical order would be difficult to maintain by force alone. However, in the current era, while minds are yet in the thrall of altruistic collectivistic, and divine moralistic spooks, the egoist's rational course is to utilize such spooks to control others.

Comments for "Exposed! The Left vs. Right Political Charade"

Hi Henry, Happy Fourth, reading the "left vs right" excerpt was a downer. A slap of reality, it reminds me of what Charles Coulombe
aptly names our voting privileges, it gives us "the illusion of control." Charles is a former comedian so he has a funny wit -http://truerestoration.blogspot.com/2011/05/interview-with-sir-charles-coulombe.html

The whole left/right divide seemed to originate with the French Revolution. It opened a Pandora box and has permeated everything
as that excerpt illustrates. Every issue is polarized and has fractured us in America particularly so due to our vulnerability; without a common culture, heritage (they destroyed the Wasp culture), and even our language is challenged.

With the fall of Christendom nothing stands in their way.