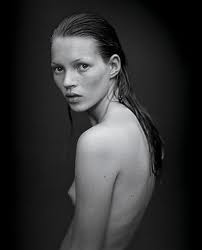 Like Woody Allen's joke, women won't join a club
that would accept them as a member. UK writer
Alexandra Fox says they love gay men who
confirm their own low opinion of themselves.


The one explanation missing in "Why Do Women Love Gay Men?" is how gay men feel about women. They have no respect for them at all.

Gay men are disgusted by women, and that's why women are attracted to them. Their self-esteem has been so decimated by modern propaganda that they are attracted to people who reflect back to their shattered, self-hating identities.

Gay men for the most part treat women appallingly. Look at the mutated creations they've made them into on the catwalks, an 'ideal' which now infects the self-esteem of most modern women.

It is gay men who are responsible for the crisis of body image, self esteem and eating disorders plaguing so many women. Yet it is the straight men women blame for 'oppressing' them.

Deep down gay men hate women because they are jealous of them - they know how much the men they themselves desire, desire women (almost all gays prefer straight men).

That bitter jealously drives them - subconsciously or otherwise - to destroy women, by making them into promiscuous, masculine, teenage-boy-lookalikes - who no real man would touch.

By making women into these terrible creations, they destroy their power over men, and thus eliminate the threat they can't bear. And all gay men insist - insist! - that every man they like is "obviously gay", and it drives them insane with jealousy when he takes an interest in their female friends rather than them.

In addition, there is a certain type of gay man - unfortunately most of them under 40 - who openly degrade and debase women in the most appalling ways, by groping and kissing them.

I have seen this happen so many times - on nights out, or anywhere where alcohol is involved, gay men will openly grope women's breasts or french-kiss them because it's "ironic".

If a woman objects, she gets derided and mocked - "Jesus, it's only a bit of fun, it's not like he means it, he's gay!".

I think this is the ultimate display of gay power - that women are so insignificant and lowly, they can be groped and used by people who aren't even attracted to their gender.

If a straight man tried to grope a woman "ironically", he would get a slap in the face. So all this is simply propagating the paradigm of Gays-as-Gods; women as their worshipers, and straight men as despicable and evil, that is very quickly taking over the world.

It's so sad and awful. I just wish people would wake up.

Some gay men love to come between heterosexual couples. For example,
one of my friends is very messed up and insecure. This has destroyed all of her relationships with men as - even when they really love her - her self-hate and insecurity drives them away.

So she is now in a situation where she lives with her 'gay best friend'.  He constantly encourages her to have one-night stands and talk in graphic, obscene detail about the ever-more degrading sex acts she has taken part in. When she was in a long-term relationship, he would make a point of groping and kissing her in front of her long-term partner - who was too shy himself to intervene, but hated it and used to ask her in private to stop. She would scoff and mock - "It's not like it means anything, he's gay!".

I am still friends with her ex, and he is still messed up about it years later, and how worthless and powerless it made him feel.

This gay friend of hers pounces on everyone - women and men - when they come to the house and demands they talk graphically and explicitly about sex.

If they won't, he doesn't hesitate to make it clear that he has no time for them and considers them worthless. I refuse to visit their house anymore because of the way he treats people, and how he seems to consider sexuality the only personality trait of any value.

Here in the UK, we are being bombarded with pro-trans propaganda. They are always in the news and on TV.  There was a show called 'My Transsexual Summer' about a group of transsexuals in various stages of transition living in a house together for the summer - and how wonderful, noble, amazing etc they were.

Then there was another documentary featuring two lesbians who wanted to become men, which they did, and then became a gay couple.... They weren't even out of their teens. There is a massive amount of media attention given to transsexuals at the moment when they must make up, what, 0.1% of the population?

As you have said before, this all points to the Illuminati trying to turn us all into amorphous, unidentified objects - not male or female, gay or straight, with no culture, family, or human identity left.

Comments for "Women Love Gay Men For Shunning Them (Encore)"

People should give up on television. TV presents a completely phoney worldview. The demographics of homosexuals in America remains under 2% per capita, no higher than 6% in a handful of 'gay enclave' cities. A recent article in The Atlantic confirms this.

"Surveys show a shockingly high fraction think a quarter of the country is gay or lesbian, when the reality is that it's probably less than 2 percent."

'Fag hags' as they're called in gay bars are a proportionally smaller minority than homosexuals. Even so, they always show up in gay parade photos.

Of course now they over-represent them in the endless propaganda commercials. I've seen some of these commercials. Henry showed that creepy 'kissing strangers' video the other day. These things are targeted at pubescent children and early teens who don't know that homosexuals and lesbians and "straights' DON'T mix; and no, becoming a sex addict doesn't 'get better'. They're lying.

I've become friends or close business associates with several homosexual men. Half of them chose to give up their homosexual life style and become straight from my supportive influence.
Instead of complaining help these lost souls get a life.

As a man who was formerly gay but was never into the "gay scene" I can attest that gays don't hate women because they are jealous of them. Gays don't care for women because their mothers were too involved in their lives and were oftentimes abusive. These mothers dominated and controlled their sons and pushed away the fathers so much so that the boys develop a repulsion for women and a father hunger for men.

Women who are attracted to gay men have issues of their own. Back in the day we called them Fag Hags. These women would hang out with gays because they knew that they would either A) be safe from sexual advances or B) were so unattractive that regular straight guys didn't want them.

That being said, I will agree with the author that, in general, gay men don't respect women.

I appreciate your explaining the weirdness of the fashion industry, which has long puzzled me. Most businessmen are at least civil to their customers because they know that if they aren't, their customers will not buy their products.

The fashion industry seems to be the only one that openly despises and degrades its targeted market, women. For the most part, they won't design for the average woman, who is 5 foot 4 inches and overweight.

The design models that fashion designers use is 5 foot 6 at least and unnaturally slim. They also use 2 dimensional computer screens that don't work well with a 3 dimensional object, namely, a woman's figure.

Whatever other disparaging qualities are assigned to homosexuals, an intellectually honest study acknowledge that homosexual men are often (if not usually) intellectually and creatively superior to straight men. Plato, Aristotle, Socrates, Issac Newton, Alan Touring, da Vinci , Michelangelo, Shakespeare. All known or credibly alleged to be gay.
That list comprises the larger part of the foundation of civilization. And considering that it was a capital offense in many periods – suggests there were a great many more who kept it quiet. Add King James to that list of probably gay – which would be comically ironic if true considering his icon status in Christendom.

Sexuality also has much to do with social training. Its been claimed that in Afghanistan, the incidence of pedophilia among men to boys is about 50%. How could this be accounted for? Unless we are willing to take the position that they are racially and therefore morally inferior – cultural conditioning is the only remaining factor. A BBC documentary states “there is a policeman in our heads” -And in most cultures, people have be so heavily conditioned to see homosexuality as a terrible shameful thing – that in itself creates an incredibly
strong prohibition in most minds – so strong that any such urges that might arise could be predictably expected to be stuffed back into the unconscious. I wonder if this is the true driving force in many cases behind despising of gays (aside from the political side of it) – wanting to distance oneself from a thing in an effort firmly establish that one is “not gay”.

I think you are looking at it through rose tinted glasses. See my

Is this Gay Behavior Sick?

and this doesn't include the health aspects. Healthy societies require healthy heterosexual marriages to raise healthy children. Homosexuality is by nature opposed to heterosexuality.

Almost every woman with a gay friend is a clubber, or a hipster who loves the night life and is actively looking for a high value man (hypergamy). They need to be uptight, playing the seduction game all the time, with that facade of inaccessibility that good looking women use all the time, even when they are falling apart inside.

Every woman would love to drop down this armor, but only to a high value alpha male. This life must be stressful. Gays give them the opportunity to do exactly this, to be themselves, to laugh, to open up, with a hint of harmless sexual innuendo. How they wish their gays friends were a strong alpha male !

A pervert who lived in Khartoum
Had a lesbian up to his room.
But they argued all night
Over who had the right
To do what, and with what, and to whom.

I thought Jeffrey's comment below was the most articulate and interesting.

I might add that the small demographic of females that think men groping each other is hot is the same demographic that loved Madonna in the 80's or Lady Gaga today. It's nothing but programming. Nothing a world without media can't cure.

How youth are brainwashed through sexual arousal embedded in media
http://www.youtube.com/watch?v=mFMDgW0wDeI