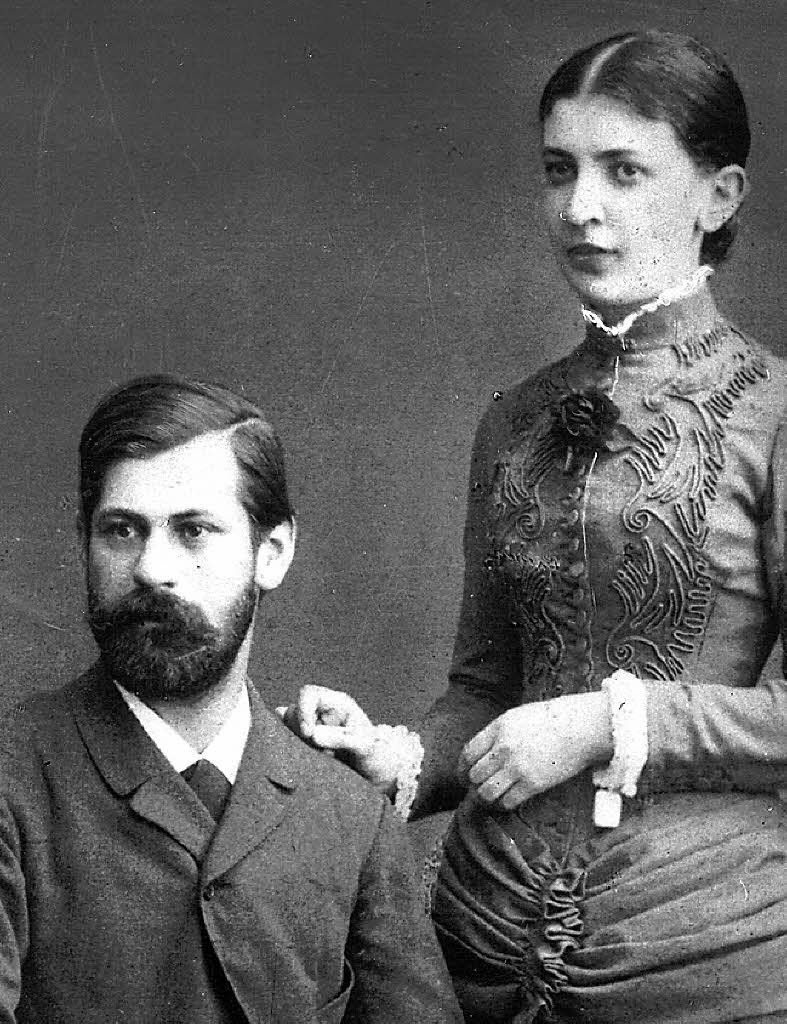 (Left, In 1885, Freud wrote financee Martha Bernays about an "anti-Semitic" incident on a train)

Anti-Semitism today is what blasphemy used to be.

Have Jews replaced God? This is the essence of the NWO.

A one-thousand-year reign of darkness is descending.

Judaism is a satanic cult which replaces God

with his "Chosen" i.e. the Masonic Jewish central bankers.

Modern "cult-ure" is a Jewish solipsism based on the rejection

and nature to achieve total control.

Anti-Semitism is a natural reaction that Jews should also embrace. It is anti-Satanism. If you're not wary of those Jews (and Gentile Freemason Satanists) who advance the banker agenda, you're simply uninformed.

Disclaimer--Anti-Semitism is treated as though it were synonymous with genocide. It is not. No one is advocating or condoning genocide. Anti-Semitism is legitimate resistance to a pernicious political and social, occult agenda. Jews are victims of this agenda too. In a satanic cult, everyone is a victim. It's hell on earth.

Not all Jews are the same. Some like myself are opposed to the gradual enslavement of humanity and triumph of Satanism.

"Hate" these days often is hatred of evil. Shouldn't we encourage and praise those who hate evil? What is happening to us?

We're being dragged into a swamp by a demonic spirit.

In Prophets Without Honour (1979), author Frederic Grunfeld describes "a typically nasty"anti-Semitic incident encountered by Sigmund Freud on a train from Dresden to Leipzig in 1885.

The future "Father of Psychiatry" opened the window in his compartment and "became embroiled in an argument with fellow passengers who wanted it closed."

Here is Freud's account in a letter to his fiancÃ©e, Martha Bernays.

"While the discussion ensued and the man said he was prepared to open a ventilation slip instead of the window, there came a shout from the background: "He's a dirty Jew!" ---and with this the whole situation took on a different color. My first opponent also turned anti-Semitic and declared: "We Christians consider other people; you'd better think less of your precious self," etc. and muttering abuses befitting his education, my second opponent announced that he was going to climb over the seats to show me, etc. I was quite prepared to kill him but he did not step up..." (p.19)

The author Grunfeld, presumably also Jewish, doesn't see that Freud might have been in the wrong. He writes: "It was a ridiculous and puerile state of affairs that could compel young intellectuals...to be prepared to defend their honor with their fists."

Grunfeld's comment reflects the tendency of some Jews to attribute all criticism to a deep-seated irrational hatred. It implies Jews can do no wrong, a serious sign of collective immaturity. It also dehumanizes other people.

To say "We Christians consider other people...think less of your precious self" is not anti-Semitic. Agree or disagree, it is a legitimate grievance. It's true the second opponent's anti-Semitic outburst "colored" the situation and probably affected Freud's reaction. But objectively, Freud was in the wrong. He should have considered the wishes of the other passengers before opening the window. When they protested, he should have acceded to their wishes.

Imagine the rest of that trip! Imagine the ill feeling. Now imagine if Freud had changed course immediately: accepted the validity of the complaint, apologized and rectified the situation. Instead of making enemies, I suspect he would have made friends.

As in Freud's case, anti-Semitism often is due to legitimate grievances and conflicts of interest. "Jews have been as capable as any other group of provoking hostility," Professor Albert Lindemann writes in Esau's Tears: Modern Anti Semitism and the Rise of the Jews (xvii). "Almost never" he continues, is the study of anti Semitism seen as a "means by which Jews could become aware of their own sins." (15)

Jews have a self-image as a poor hapless minority hounded from country to country by hate-crazed mobs. In fact, throughout history Jews have played a dominant role in commerce and often aroused hostility as ruthless money lenders, tax collectors and agents of the aristocracy. Jews also dominated the professions and cultural life out-of-proportion to their numbers. "German cultural life seems to be passing increasingly into Jewish hands," critic Moritz Goldstein noted in 1911. (Grunfeld, 21)

Certainly most victims of anti-Semitism, including my grandparents (who died in the holocaust,) were innocent people trying to get by.

But Jewish organizations like Freemasonry were responsible for subverting the Church and undermining the positive influence of Christianity. I point to the Jewish domination of the Communist Party and its infiltration of the Catholic Church. I point to the Jewish role in promoting decadence and social disintegration through feminism, sexual "liberation," Hollywood and the entertainment industry. Masonic Jews fund and control all political parties rendering democracy a farce. By banning resistance to their hegemony as "hate speech," they are introducing fascism and threatening our freedom and security. 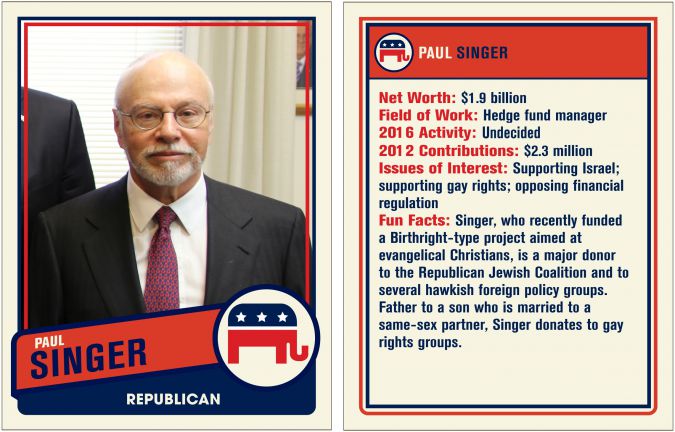 In general, many Jews and Freemasons serve as agents of central bankers who are translating their credit monopoly into a political and spiritual monopoly that will extinguish nation, race, religion and family.  The two world wars, 9-11 and the war on terror were stratagems (hoaxes) to advance this sinister Master Plan. Hitler was false opposition designed to win support for Israel by murdering non-Zionist Jews.

The series of false flag terror attacks are designed to create a police state using a manufactured Islamic threat as a pretext. Jewish media flacks are central in stirring up Islamophobia.  In fact, the threat is not Islamic but Masonic Jewish. The attacks are organized and sponsored by the Illuminati and carried out by the Mossad and their cutouts. The Patriot Act and NSA spying are designed to protect the Fed banking scam and the $20 trillion "debt" against the American people who are collateral. Eventually, Americans will wake up to this danger. Unless Jews speak out now, they will be counted with the enemy.

As I was reading this article I couldn't believe how I had a similar situation with the chosen race. I was on a train travelling all night from Zurich to Vienna when I had the misfortune of running into an Orthodox Jew... When someone calls me an anti-Semite for whatever reason, I reply that anti-Semitism is a disease you get from a Jew. Sadly, the Jews are the most divisive people on earth.

Reading this story brought back this memory that I'd thought I share with you. I enjoy your website and support your family values, as families fight for each other and this is why the ruling elite wish to destroy it. I also support your opinion of people who suffer from the gay! The rainbow is the Prince of the Sky who happens to be Lucifer. Like the founder of the Jesuits said, what is black is white and what is white is black!

The real Elite needs confusion among the masses, and so they spread it - it's even in the old testament. They WANT you to see the hypocrisy of a group that collectively wields enormous power and tries incessantly to subvert all societies to suit that power while at the same time claiming special status.

They shove it in your faces, they want you to eventually hate them, and they also know that most of you are symbol-minded brutes that won't separate innocents from the group-image, and stigmatize them all. They always played with that, so much so that I think Jew-baiting is one of their favorite sports... Wonder why only Jews could operate money during the Catholic Dark Ages, or why they allow the left to constantly point out the Israeli brutalities and inconsistencies today, while conditioning the right-wing evangelicals to be extremely docile to them ? It's a delicious schizophrenia for them - whatever you think about, they expect you to eventually land on Jews, and show how much of a good boy you are. Leftists attack Israel but support, in all other regards, "Jewish" interests.

And above all, they want you to think that Jews are all there is to it - basically, it's a sophisticated, living, breathing front. For another group. It eventually got crystal clear to me. I think considering Masonry a "Jewish creation" is silly - both ( Masonry and Judaism ) are creations of something else, and Masons are often cynical towards Jews. Besides, between people born into something or those who join a strange esoteric society as adults for material interests, who would you blame more?

Comments for "Anti-Semitism is Often Justified"

Understanding Anti-Semitism is like understanding the failure of Brexit - the self-appointed remainder-Lords oppose it!!!

That's because they remainder-Lords are the same Clan with the Nobility of Western Europe's:
Spanish, French, German, Belgian, Dutch, British, Norwegian, Swedish & Finnish.

The constitutional-Monarchy named Britain controls the rest of the West via the Illuminati e.g. CFR.

Judaism itself is contradictory to that since Pharaoh Ramses went underwater with his horde.
Illiterate people among the alleged "Christians" haven't even read for themselves nor understood chapters 26 & 27 in Matthew, thus are being told the OPPOSITE implications regarding harsh love and its intentions.

The trickster Feudal cast ALWAYS used Jews for patsy proxies in order to do their bidding.

The feudal cast now uses LGBT Jews in order to subvert society, firstly and mostly the Jewish one - from within,
e.g. Tel-Aviv is more gay-friendly than San-Francisco. The more the West becomes LGBT, the more it persecutes Jews.

Thus the common opponent is the LGBT-Networks, e.g. the illuminati, rather not the real Jews or any other decent Jew.

There are illuminati Moles in all societies. Being LGBT is the unifying rule for subverters of morals, rather not ethnic origins.

Feudalism is based on dumbing down and perverting the population, in both senses contradictory to Jewish preaching and practice.

The popular convictions of 21st century western Europe are nothing but Feudal-Vassal in core and essence.
Conclusion: Because Judaism doesn't mix with Feudalism, the latter has been using and abusing the former.

Included is a link to all of the documentary "The Century of the Self," which is all about a non-household name that everyone should know, Edward Bernays, who was Freud's nephew.
Should be required viewing for anyone who wants to understand our narcissistic culture and where it comes from.
http://www.veoh.com/watch/v20801513GfQG68Zt?h1=The+Century+of+the+Self-+1of4+Happiness+Machines

After having read your article, I realized that being called an Anti- Semite can actually be considered being an "Honorary Nickname".

What I wonder about is why the term "anti-semitism" is only used with regard to Jews. Semitism refers to people who speak a semitic language, of which there are many. The largest semitic speaking group of people are Arabs. When people say nasty things about Arab people, they are never called anti-semites.

The centuries ago Khazar converts to Judaism, are today's Illuminaty. They are the reason for all the misery today and in the past. They don't care about the gentle Jews like you and many others.
The Illuminaty are a megalomaniac bunch of very mentally sick bastards. I'm sure that some day they will have to pay dearly for their crimes. No evil deeds stay unpunished!! I believe GOD will save us from these evil doers.

If the men on the train really did say "dirty Jew" and "we Christians", then they were out of line. There's no disagreement that stereotyping doesn't make worse.

Most Americans of my generation were raised to judge everyone on an individual basis, not stereotypes. The people of this country paid a hard price to achieve this wisdom.

But there are political cliques that get too much mileage out pitting the common folks against each other. They keep wars and civil wars going, slaughtering families in front of a generation of boys with nothing to live for but vengeance.