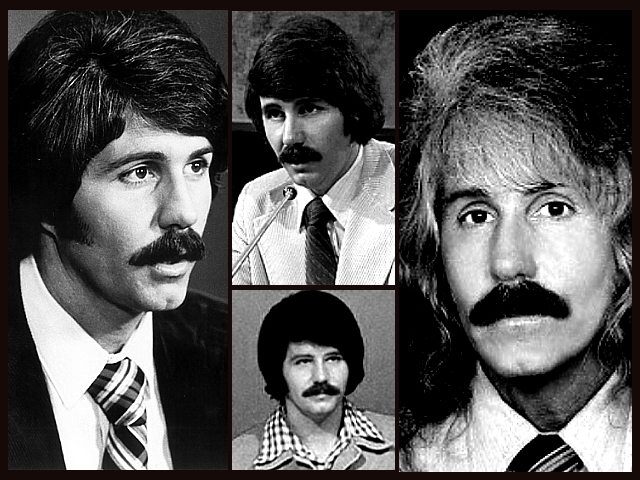 "A Psychopath will always let you down.."  -reader

( Rense terminated a valuable 12-year relationship because I posted Jim Stone's theory about Fukushima on my website. First, Rense said he would not post my link. I said fine. I didn't mind. But when I posted the story on my site, he said he would no longer link to my site ever. This was a red flag for mental instability. His 7th ex-wife wrote and confirmed my fears. We have since heard from other ex's who confirmed that JR suffers from Narcissistic Personality Disorder. NPD's are psychopaths.)


David Icke Forgot Who He Is

(Correction - It now appears Rense had seven marriages and one legally binding common law marriage, as well as some long-term engagements.  We apology for the mistake.)

(This is a reply from a reader who wanted us to "please stop fighting!" I apologize but a psychopath cannot be exposed without "getting personal." )

Many people don't have the patience or wit to appreciate the important issue at stake here.

Jeff Rense has enormous influence in the "truth movement" but is a psychopath. I do not consider psychopath to be an acceptable norm.

Jeff is a textbook case of Narcissist Personality Disorder. See Jeff Rense is "The Bachelor"

Seems we can reveal anything about Illuminati psychopaths. But expose our own, and people act like little children whose parents are divorcing. They want us to "stop fighting." The Illuminati have nothing to fear from this day nursery.

If this were a "personal vendetta," or simply a difference in principle, I wouldn't bother. Give me a little credit. My work is revealing useful truth about important people and issues. I won't always be right but my record has been pretty good.

Thanks to the many other readers who do appreciate what is at stake.

To Review, the Case Against Jeff Rense:

1. Earns $450K per annum, wastes it on extravagances, goes deep into debt and asks for charity donations from his readers.

2. Capriciously suppresses legitimate and important conspiracy theories: Fukushima, Smolensk, No planes on 9-11 and JFK driver are examples. Acts like he is controlled.

3.  Cuts off legitimate researchers, including longtime associates and "friends," for no good reason. Causes divisions. Adopts hysterical positions: "The Pacific has been destroyed as a food source."  Adolf Hitler is his hero.

4. Narcissist Behavior Disorder causes an array of pathological symptoms including posturing as "an American Treasure," lying, inability to countenance criticism, acting like he is God etc. Insane overreaction -- calling me epitome of evil, and demanding I be banned from the Internet confirms this diagnosis. (See also, the Bachelor article.) This is a champion of free speech?

5. Married 7X, many reports of abusive relationships including Megan (#7). He married her but kept it secret from everyone he knew, including me; then divorced & kicked her out but wouldn't leave her alone, and continued to have sex. She had quit her job, sold her house & moved across country to marry him.


Conclusion: This man should not have the respect and influence he does.

Comments for "The Jeff Rense File"

It took me awhile to come around entirely to your POV on Rense but to sic the legal dogs on Ken Adachi is a last straw.
Will he do the same to you? Its absolutely disgusting and unforgivable. His website has begun to look cheap and tawdry and the quality of his regular contributors is abysmal. Les Visible is the most unbearable and insufferable of them all and Paul Drockton is nearly as repulsive. I'm sorry to say that what once seemed a vital and dare I say it slightly optimistic website is now akin to a turn into the wrong part of town at dusk.

Anyway, I look to you sight to grow in prominence and respect while Rense starts to circle the drain.

I am grateful for witnessing the drama play out between you and Rense, Icke, and their hangers-on...

You have handled this with integrity & dignity, while shining the Light on the darkness in their personal lives...

I have always been uncomfortable about Rense & Icke, but chalked it up to their New Age beliefs that lead to pride & narcissism... But the way they attacked you in the personal emails as well as in public shows their true colors, and your publicizing of their serial marriages only discredits them further...

I have gleaned information from them for years... (Rense.com is how I found your website & books)... but it was tedious to filter out the good info from the abundant weirdness coming from them...

One litmus test I use to discern if information is credible is to apply the "Law of non-contradiction" to see if someone's worldview or "conspiracy theory" is valid... Thus far, the information I have gleaned from your website & books is consistent not just with the rest of your writings, but also with many other independent sources I have researched...

I have watched with growing interest the exposure of Jeff "Bachelor" Rense, his sordid shameless attempts to lure females and the way you expertly ripped him a new asshole. FUNNY STUFF

I have disagreed with some specific things you have posted in the past and been steered away from you by other researchers who frankly have bigger issues to deal with for themselves rather than pick on you.

However I do feel compelled to support you 100% over the RENSE AFFAIR as this guys quest for gold and silver sales and advertising content making his website look more like a spam collection shows exactly WHY hes doing this research in the first place. Humanity be damned, looks like Jeffs gonna build his own bunker and save his own ass from all the commissions his ad revenue is raising from his site ....

Anyways well done. =0)
Theres a lot of writers and researchers i know having a grand 'ole chuckle at Jeffy boy.

The article below, posted on Rense today slipped through his filter as it included the 311 Fukushima quake with the other planned and executed "accidents".
A fishy tale which could only mean that DWH blowout was a planned eventhttp://grandelander.newsvine.com/_news/2012/02/26/10509542-a-fishy-tale-which-could-only-mean-that-dwh-blowout-was-a-planned-event

Greece can't be their ultimate target. 911 which was allegedly planned and executed by Al Qaeda on 11 Sept 2001 was an Inside Job. The 2003 Bam-Iran, 2004 Tsunami-USS San Francisco, 2006 Taiwan quakes were not natural disasters. They had been planned for years only to be triggered on 26 December at precisely 26 minutes after the hour Well the 2004 quake missed or triggered early, resulting in a badly damaged USS San Francisco nuclear submarine. Isn't this proof that the time of detonation is of critical importance as Kollmann had highlighted in his research? Why do you think the 311 Fukushima quake hit exactly on the same minute after the hour as the first plane (or drone or missile or whatever) that hit Tower 1. If you are still asleep and have not not smelled the corexit yet, then your time will come soon enough. As Dr Rikki Ott (herself a victim of the Exxon Valdez oil spill) repeatedly said, “educate yourself”. There is absolutely no way you can survive what is going to come, by burying your head in the sand.