Is the New World Order "Jewish"? 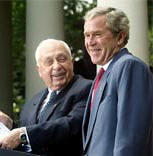 The mainspring of the New World Order is the desire on the part of the world's central bankers to translate their vast economic power into permanent global institutions of political and social control.

Their power is based on their monopoly over credit. They use the government's credit to print money, and require the taxpayer to fork over billions in interest to them.

Central banks like the Federal Reserve pretend to be government institutions. They are not. They are privately owned by perhaps 300 families. It is significant that the majority of these families are Jewish, how significant I am not yet sure. If they were Lutherans or Zulus, certainly our objections would be the same.

I am a non-observant Jew who believes this situation is lethal for humanity and Jews alike. We have already seen the tragic consequences of it in World War II.

The American inventor Thomas Edison described this colossal scam, which the New World Order is designed to perpetuate, as follows:

"It is absurd to say our country can issue bonds and cannot issue currency. Both are promises to pay, but one fattens the usurer and the other helps the people."

"This is a staggering thought. We are completely dependent on the commercial banks. Someone has to borrow every dollar we have in circulation, cash or credit. If the banks create ample synthetic money, we are prosperous; if not, we starve. We are absolutely without a permanent money system. When one gets a complete grasp of the picture, the tragic absurdity of our hopeless position is almost incredible, but there it is... It is so important that our present civilization may collapse unless it becomes widely understood and the defects remedied very soon." "

When the Federal Reserve was inaugurated in 1913, a London banker acknowledged that it is a scam.

"The few who understand the system will either be so interested in its profits, or so dependent on its favours, that there will be no opposition from that class... The great body of the people, mentally incapable of comprehending, will bear its burden without complaint, and perhaps without even suspecting that the system is inimical (contrary) to their interests."

Obviously printing money should be in the public sphere as prescribed by the U.S. Constitution. This anomalous situation is the source of humanity's woes. It pits the people who control the economy against society as a whole. It is in their interest to destabilize society, foster immorality, internal division (like gay marriage) and war in order to increase debt and distract and control the masses.

The bankers are responsible for social engineering programs such as the (homo) sexual revolution, feminism and multiculturalism, which undermine family and social cohesion. This fundamental antagonism also supports a vast criminal underworld actually run by the elites.

The bankers are responsible for the assassinations of presidents like Lincoln and JFK, and for the attack on the World Trade Center. They own or control the mass media, which legitimizes G.W. Bush, the war in Iraq and the impending attack on Iran. War provides an excuse to introduce the draft and a repressive police state.

Success today is based on a person's willingness to become an accomplice, witting or unwitting, to the banker fraud. Even rich entrepreneurs are dependent on credit and are unwilling to support genuine change.

As a result of the bankers' scam, Western society and culture are based on a fraud. We do not have genuine democracy or equal access to the mass media or open and truthful education. Western society is a fraud, run by cowards who know they're frauds.

ARE "THE JEWS" RESPONSIBLE?

The New World Order is a hydra-headed monster. The bankers work through many fronts such as Communism, socialism, liberalism, feminism, Zionism, neo conservatism and Freemasonry. Unknown to most members, these "progressive" movements are all secretly devoted to "world revolution" which is a euphemism for banker hegemony. (See my "Rothschild Conducts Red Symphony")

The bankers control the world's major corporations, media, intelligence agencies, think tanks, foundations and universities. They are responsible for suppressing the truth. Jews figure prominently in all of this, a cause of anti Semitism. Of course many other people are pursuing "success" as well.

The bankers also work through countries. They are largely responsible for British and American imperialism, whose aim is to monopolize the world's wealth. In his book "The Jews" (1922) British social critic Hilaire Belloc writes that the British Empire represented a partnership between Jewish finance and the British aristocracy.

"After Waterloo [1815] London became the money market and the clearing house of the world. The interests of the Jew as a financial dealer and the interests of this great commercial polity approximated more and more. One may say that by the last third of the nineteenth century, they had become virtually identical."

The confluence of Jewish and British interest extended to marriage.

"Marriages began to take place, wholesale, between what had once been the aristocratic territorial families of this country and the Jewish commercial fortunes. After two generations of this, with the opening of the twentieth century, those of the great territorial English families in which there was no Jewish blood was the exception.

In nearly all of them was the strain more or less marked, in some of them so strong that though the name was still an English name and the traditions those of a purely English lineage of the long past, the physique and character had become wholly Jewish..."

If the marriage of Al Gore's daughter with Jacob Schiff's grandson is any indication, this mingling of Jewish and Gentile elites extends to America as well. John Forbes Kerry is another example.

Belloc continues to say that the British and Jewish goal of world domination was synonymous and used Freemasonry as an instrument.

"Specifically Jewish institutions, such as Freemasonry (which the Jews had inaugurated as a sort of bridge between themselves and their hosts in the seventeenth century) were particularly strong in Britain, and there arose a political tradition, active, and ultimately to prove of great importance, whereby the British state was tacitly accepted by foreign governments as the official protector of the Jews in other countries.

It was Britain which was expected to intervene [wherever Jewish persecution took place and] to support the Jewish financial energies throughout the world, and to receive in return the benefit of that connection."

If Belloc is right, you could say the New World Order is an extension of the British Empire, in which elite British, American and Jewish interests are indistinguishable. See also my "The Jewish Conspiracy is British Imperialism."

CONCLUSION: WHAT IS JEWISH?

The majority of Jews would want no part of the New World Order a.k.a. "globalization" if they understood its undemocratic character and how they are being used.

The true Jewish spirit holds that truth and morality are absolute and cannot be trimmed to fit one's perceived self interest. G.J. Nueberger expresses this spirit in his essay "The Great Gulf Between Zionism and Judaism."

"The Jewish people are chosen not for domination over others, not for conquest or warfare, but to serve G-d and thus to serve mankind...Thus physical violence is not a tradition or a value of the Jews. The task for which the Jewish people were chosen is not to set an example of military superiority or technical achievements, but to seek perfection in moral behaviour and spiritual purity.

Of all the crimes of political Zionism, the worst and most basic, and which explains all its other misdeeds, is that from its beginning Zionism has sought to separate the Jewish people from their G-d, to render the divine covenant null and void, and to substitute a "modern" statehood and fraudulent sovereignty for the lofty ideals of the Jewish people."

The bankers obviously aren't concerned about true Judaism or racial purity and were quite willing to sacrifice millions of Jews to achieve their design by backing Hitler. They are sacrificing thousands more Jewish, American and Muslim lives in the Middle East in their Orwellian "perpetual war for perpetual peace."

Does the New World Order serve a "Jewish" agenda or a banker elite agenda?

I would venture that it serves the latter, and the Jewish people are an instrument of this agenda like so many other people.

By giving private individuals the ability to create money out of nothing, we have created a monster which threatens to devour the planet and with it the human race.

See also my "The Jewish Conspiracy is British Imperialism"

See Also my "The Riddle of Anti-Semitism"