Why Men Are Losing Interest in Women 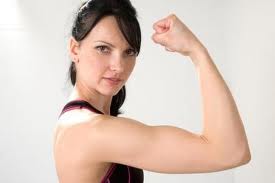 Today's female impersonators are mostly women. By encouraging young women to be "strong and independent", feminism has outfitted them with a mental phallus. They have become men and made men redundant.

We must introduce into their education all those principles which have so brilliantly broken up their order." (Protocols 16)

"As many as 20% of American marriages are sexless," host Barbara Walters intoned. "It's not women who don't want sex as you might expect, it's the men!"

The program focused on two couples. In both cases, feminist mind control is responsible for their problem but the TV program wouldn't admit it.

One man was married to an attractive 30-something woman who is a stripper! Reporter John Stossel thought this made her husband's indifference even more astonishing. The show's marital therapist, Michele Weiner-Davis, ignored this as a possible explanation for the man's impotence.

Feminist groupthink says a woman's sexuality is the same as a man's, hers to enjoy (or sell). In this essentially lesbian mindset, the male's response to such women is considered irrelevant.

When a woman's sexuality is "her own," essentially it potentially belongs to the highest bidder. She is public property, which is what the framers of the Communist Manifesto envisaged. (Children will also belong to the state.) She is unfit for a long-term monogamous relationship.

A woman thrives best in the context of a loving marriage. Despite what feminism says, most women want to belong to one man, their husband.

Here the wife criticizes and nags.

"I can't be myself," the husband says. "I'm walking on eggshells all the time."

The wife is emasculating her husband. He compensates by riding a Harley and volunteering at the local fire department.

Men respond to vulnerability in a woman not power. As I have said before, heterosexual love involves the exchange of power for love. Men want power. Women want love. The female surrenders and allows the male to protect and possess her.

In return for her acquiescence, the male loves her in the full sense of the word. He is in charge but he also wants to make her happy. This is natural when someone makes you happy. 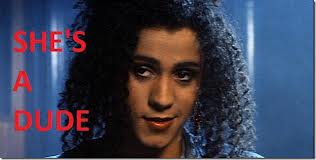 In the filmThe Crying Game(1992), director Neil Jordan captured the experience of the modern male: When the protagonist discovers his girlfriend has a penis, he runs gagging from the room and vomits.

This film notwithstanding, today's female impersonators are mostly women. By encouraging young women to be "strong and independent", feminism has outfitted them with a mental phallus. They have become men and made men redundant. Then they try to coerce men to love them as if we were their hand puppets.

In reality, a woman's power consists in being without penis, being everything a man is not. Not aggressive, forceful, dynamic, muscular and driven. Some weak men are attracted to "dynamic" women but they are really looking for themselves.

Feminine power consists of persuasion rather than force. A real woman relies on moral authority and her attraction: beauty, grace, charm, love and devotion. These women are very rare and in great demand.

Men and women are different. Jonathan Swift remarked that women love flattery but men are embarrassed by it. This is because men are active by nature and women are passive. The universe is held in balance by positive (active) and negative (passive) principles. Marriage is the way heterosexuals achieve this balance.

A man told me that after he has done home renovations all day, he is afraid his wife will "go ballistic" if he asks why she didn't even do the dishes.

An Australian man recently wrote to me: "For too long I have made girlfriends insecure by not telling them what I wanted because of a fear of appearing overbearing."

Men need to assert their just leadership and dump the women who don't like it. There are plenty of fish in the sea and they are biting. With patience and firmness, some feminists can be saved. The rest can be thrown back.

Generally speaking, men need to figure out what they want to do with their life. You might ask what God wants you to do. Then define the role you want your wife to play and find a woman who is eager for the part.

This is what women really want. They are attracted to a dynamic man whom they cannot control. He must have a wholesome vision where she is cherished for her contribution.

Feminism teaches that male and female are the same and sex roles are merely "stereotypes". As a result, millions of people are clueless about their sexual identities and suffer from arrested development. I was one of them.

I'm 63 years old. Normally I would have had a family and three grown children by now. Instead, I have been divorced three times and have one child. It took me until age 50 to figure out what was happening and finally make a successful marriage.

Feminism corrected some abuses but these reforms mask its real agenda. Feminism is a cruel hoax. It is a psychological warfare program to depopulate and destabilize society, invented by the same Illuminists who gave us Communism. They will exploit any grievance to advance their "New World Order" a system of world government that omits to mention democracy.

Contrary to what media and educators would have us believe, perverts and criminals run the world. This may sound outrageous. If it were fiction, I would have thought of something more plausible. For a concise well documented explanation, I urge you to read William T Still, New World Order: The Ancient Plan of Secret Societies, 1990. It is will change the way you view the world.

The Illumnists use the education system and mass media to subtly shape our thoughts. We are conditioned to listen to others instead of trust our own instincts and common sense. Generally speaking, people are very gullible.

The woman's role is to empower a man. He uses this power for her benefit. Together they are a team. This is the way heterosexuality works.

We cannot conceive that our leaders wish us harm. But this is the case. Generally feminism has resulted in the degradation of women, family, and society.

Communism and Nazism were dress rehearsals for the New World Order. But remember, they both failed. The New World Order, a.k.a. "globalism" will fail too. The human race cannot be enslaved.