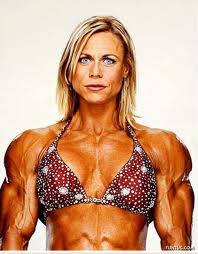 This is a revised version of a seminal essay from 2002,

which I present for the benefit of newcomers to this site.

The mainstreaming of homosexuality is  a deliberate effort

to undermine heterosexuals and craft a slave race.

In the face of this relentless, insidious psychological assault,

we need to remind ourselves anew how heterosexuality works.

I was born in 1949. My formative years coincided with a successful campaign to destabilize society by promoting homosexuality & lesbianism (using "feminism" as a front.)

Specifically, my generation was programmed to believe that woman and men are not only equal but also the same.

As a result, many of us suffer from arrested development caused by the suppression of our natural heterosexual instincts.

Personally, I reached the age of 48 without understanding masculinity or how to relate to a woman. I had no standard of manhood and thus had nothing to aim for.  Similarly, all the women I met were confused or messed up. Predictably, I had two failed marriages and my personal development was stymied.

The Illuminati want people to be stunted, frustrated, distracted and confused. It is a vast criminal enterprise. The last thing it needs is for people to be fully developed and functional human beings. 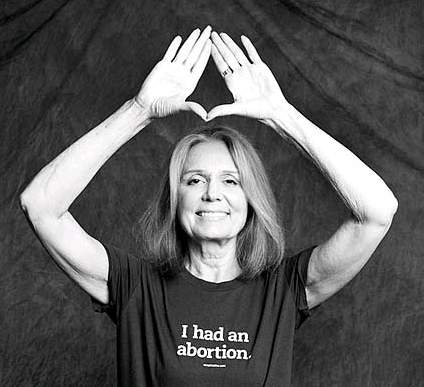 The two founders of "second wave" feminism, Gloria Steinem and Betty Frieden are both Illuminati agents In past columns I have shown how they both pretended to be "average" women when in fact both were professional activists, i.e. cultural provocateurs. Steinem was working undercover for the CIA while Friedan had been a Communist party writer for 20 years. Feminism emerged fully formed from the Communist Party f the USA.

I would like to counter elite programming by offering a paradigm based on my intuition, experience and observation. It represents understanding I wish I had when I was 18. Before I begin, I wish to state that I am not telling people how to live. I leave that to feminists.

I believe heterosexual love and marriage is the path intended for us to find fulfillment, self-transcendence and God. This is why we are so obsessed with it. In addition, the heterosexual family is essential for properly raising a new generation and is therefore indispensable to society.

Heterosexuality is a life cycle not a "sexual preference." It centers on courtship, marriage, and family (parenthood). Most heterosexuals need marriage and family to fulfill their destiny.

Marriage is a sacred union in which male and female become "one" in love. A child is the expression of this oneness. Marriage takes place when the male spirit in the form of love possesses the female.

Heterosexual love mirrors God's love of creation (Nature). The male channels God's love (Spirit) to the female, who is creation. He plants his seed, which represents his spirit. She nurtures it and creates a new human being.

Contrary to what we have been taught, women need to be possessed by man's love. Similarly men have a fundamental psychological need to possess a woman with his love.

THE EXCHANGE OF POWER FOR LOVE

Women need to experience power as love. Men need to express love as power. The exchange of female power for male love, is at the heart of the heterosexual relationship.

Courtship involves winning female trust so she can surrender power. The male presents her with a vision of life together. He is basically saying: "Follow me. Become one with me. I will use my power on our behalf."

Women love by trusting. A woman gives her husband power and he uses it to love her. This is reflected in the sex act. With perfect surrender comes perfect love.

This courtship dynamic never ends. The husband leads but he tries to win his wife's assent. But if a man abrogates this contract by not behaving lovingly, he loses his power.

Psychically, the sex act is always an act of male possession of the female with his love. Nothing can change this. Thus, it is degrading for both men and women to indulge in sex without love.

Heterosexual love is self-surrender. Male and female sacrifice themselves in their respective spheres. This is NOT rigid, but the male sphere is the world and the female sphere is the home. Both are equally important. The male sacrifices his selfish interests to create the social and physical conditions for the family to thrive. He is the "Creator" of his little world, the shepherd of his family. Women select men on this basis.

In contrast, women are psychologically specialized for the internal world. The female creates the home, the vital emotional and spiritual environment that nurtures husband and children. Women crave and create love and intimacy.

At some level, a truly feminine woman renounces power and the ways of the masculine world. She rules by commanding the love of a man.

She strives to complement rather than compete. She specializes in those uplifting indispensable qualities that have nothing to do with the empty cutthroat world of money and power. I am thinking of grace, beauty, wisdom and goodness. Who can deny that these qualities are sorely missing today?

A successful marriage is the only thing that satisfies sexual hunger. A happy couple has no desire to have sex with other people. To them, sex with a stranger is akin to streaking naked through a crowded mall. Sex for them is an intimate expression of their union. The sword is in the sheath. They are complete, whole, one.

In order to arrest our development, the elite has struck at the crux of heterosexual union: trust.

Feminism has conditioned women to see men as predators, nuclear family as exploitation. It teaches young women to seek power and to make men redundant.

Women need to be competent in the world, but the feminist quest for equality that everyone supports, is in reality a cynical front for a devastating attack on heterosexual institutions. 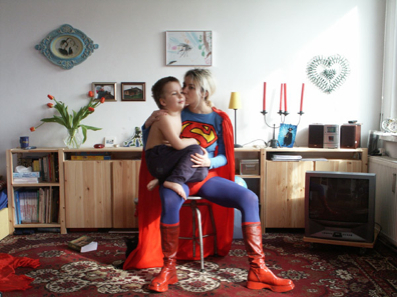 The elite always uses fronts to manipulate events. Feminists think they are rebels when in fact they are mostly unwitting pawns of a powerful secret elite centered in the Rothschild-Rockefeller-Morgan empires.

Heterosexuality is the exchange of power for love. Thus two become one. By demanding "equality, " both sexes are neutered. The ultimate aim is to destroy the institutions of marriage & family and create a slave race. The State will take over reproduction and indoctrination will be complete.

Due to elite planning, the family has collapsed in just 40 years. Since 1960 the marriage rate has declined by one third, the fertility rate by almost one half, and the divorce rate has doubled. More than half of all first-born children are conceived out of wedlock. More than one third of American children are living apart from their biological fathers.

Social pathology (destabilization) is the elite agenda. Young men and women are taught that heterosexual roles are "stereotypes" while homosexuality is "natural." Feminists deliberately alienate married women from their husbands. Domestic violence laws are designed to kill families. They prevent men from exercising the leadership and authority that women actually crave.

In conclusion, the Illuminati is destabilizing society in advance of the "New World Order." Our psychic development is being arrested at the courtship stage. We are being starved for love, bombarded with pornographic images, manipulated and distracted. What was sold as "sexual liberation" is in fact slavery to our animal instincts.

Heterosexuals need marriage and children to fulfill their divine destinies. Instead of serving God and their families, women are drafted as foot soldiers in the New World Order, and men are emasculated or cast adrift.

The destabilization of society under the guise of feminism is an assault on our divine birthright as human beings. This attack on Love is satanic and pagan in origin. It strikes at the heart of God's relationship to creation, and mankind's relationship to God.

Related - The Power of Sexual Surrender

This article in French!

What you write in your article expresses everything I have been feeling but couldnâ€™t quite put it into words. Thank you so very much. I really do believe that marriage is a spiritual undertaking and that both husband and wife find God and seek to get closer to him through their commitment and love for one another. I cannot ever imagine being in a marriage without God being central to it.

And what you write about women giving their power over to their husbands and in turn the husband takes this power and loves her with this is exactly what God wants for us to achieve in not only a marriage but in our relation to God himself. In all three Abrahamic faiths the believer be he or she a Jew, Christian or a Muslim submits to Godâ€™s will and Godâ€™s will alone. Islam actually means â€œsubmission to the will of Godâ€.

As a woman, I see this as a reflection of my marriage to a man. Giving my husband my power (most women of this generation today like to convince themselves and or are duped into believing that they are powerful and donâ€™t need a man), trusting him and allowing him to direct and take care of me is a spiritual undertaking.

I see my relationship to God in the same manner and my marriage to my husband goes parallel to this belief. I in turn love and honor my husband for taking this responsibility on. In a marriage that works in this manner, women begin to feel how shall I say it without sounding corny? Well, Iâ€™ll just say it- they feel â€œwomanlyâ€, â€œfeminineâ€ (not feminist-serving).

And my husband in turn accepts my trust and takes whatever power I have submitted unto him to work on our behalf. This probably makes him feel content and satisfied in his manhood. There is now joy in being married to one another. Quite contrary to what evil Feminism spews forth. And of course, what you say about women loving by trusting is absolutely correct. Thank you for a beautiful article.

May Allah bless you and your family.

Steinem's CIA connection was outed by the lunatic fringe feminist group "Red Stockings" during 1979. Their first attempt was a chapter about Steinem in a book titled â€œFeminist Revolutionâ€ - but the publisher, Random House deleted the chapter. So Red Stockings outed Steinem through the the Village Voice.

Steinem was caught in lies many times about her past, where money came from. A quick example is MS Magazine. She lied on television and magazine interviews that it was strictly woman funded. What about $1.2 million dollars from New York Daily News publisher Mort Zuckerman?

MS was plugged into the distribution network on par with PENTHOUSE and Playboy. That doesn't just happen. And Steinem actually turned away advertisers.

It's just my opinion, but I believe Gloria Steinem was a product of the CIA's project MKULTRA. She fits the profile.