Is a Deflationary Crash in the Cards? 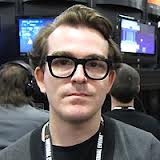 "The economy and the people will be like a pond full of fish and as the water dries up, watch for the action to get ugly as they fight for the last breath."

Is the market collapse Thursday a knee-jerk reaction to the inevitable end of monetary easing, or the beginning of a brutal downtrend?

(Editor's Note: We do not offer financial advice but our resident financial guru, Thom Beecham, has been remarkably prescient. Proceed at your own risk. )


Silver broke 20. Gold broke 1300.
It is happening fast now. The rest of the other markets to come later, as interest rates keep spiking. There is not enough liquidity to go around and what we will witness over the next several months and couple years will be "sobering."
Bernanke says he's puzzled by the long term rate rise. Done by design? You betcha.
The economy and the people will be like a pond full of fish and as the water dries up watch for the action to get ugly as they fight for the last breath.
Will real estate hold up? it won't for the average guy, who just went back into debt again.
As for me, I had my second best day ever overnight. That means just staying ahead of the drop in my gold.
I had a friend who asked me a month ago how to make $10,000 easy to pay for a European vacation next year. i told her to sell one gold contract (for 100 oz) and when gold drops another $100/oz. to take the profit ($10,000) and run.
I never heard from her again about that particular matter. Had she listened, she would have covered overnight and taken her money.
Where will the Feds get the money to pay for their deficit spending? My guess is from the federal pension plans. They have to get it from somewhere.


I really didn't cover much on my short position as 1,250 gold looks like the next support level. The 1,300 gold and 20 silver levels were sliced right through with ease. I had no idea that silver and gold would act this badly, so quickly. But, I knew that once the US Fed came out with their overly optimistic economic projections yesterday that it was time to heap on the shorts in both metals once again

The US Fed's words were squarely aimed at destroying gold, and it had the intended effect. I feel sorry for those who loaded up on silver. It almost hit 19.50 moments ago.

I stick to my prediction that gold will have a COMEX print of a sub $1,000 number. Silver could easily break 15.

With gold and silver blown out, we now need to keep an eye on the nascent volatility in the US Treasury market, and what that will mean to real estate, and government financing. The globalists seem to be taking aim on the previously sacrosanct US Treasury bond market. God help us all if rates rise to even historical averages. The Globalists will use that horror show to introduce us to the upcoming global financial dictatorship.

As adverse as Bernanke's policies may have been to most people, it almost seems that Obama wanted Bernanke out, so Obama could put the US into this satanic global financial regime more quickly. I do not believe Bernanke understands "The Agenda," and that he was just a dupe to orchestrate one more massive pump and dump scheme. Obama embraced this Luciferian agenda years ago, and that's why he was desperate to get Bernanke out of the way.

I have said all along that this is all intentional. I played it that way and it seems to be coming to pass. Timing it is the hard part. A lot of people went bankrupt waiting for US Treasuries to cave in. I wasn't going to play that game. Regular commodities are more predictable.

Comments for "Is a Deflationary Crash in the Cards? "

Yes! Paper gold is dropping in value!
But try to get "physical Gold" The metal. Then you'll see if it has fallen as well.

It will be mostly UNAVAILABLE to put your hand on it! Same for Silver. Try for Silver Dollars coins, I mean REAL SILVER Dollars coins. Have fun chasing it!