Would Illuminati Replace Humans with Robots? 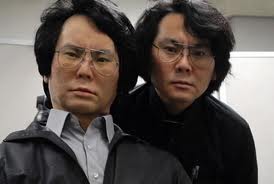 Instead of zombies, do the Illuminati want a population of robots?

Transhumanism wants to employ technology to transform human into "post-human". Carl Teichrib attended their latest conference, FM 2045 in New York
and reports that, thankfully, they still have many obstacles to overcome.

From June 15 to 16, 2013, world-renowned scientific thinkers, inventors, philanthropists, entrepreneurs, and spiritual leaders met in New York City's Lincoln Center for the Global Future 2045 International Congress. The New York GF2045 Congress was not a one-off event, but was part of a broad and comprehensive endeavor that started in 2011 under the guidance of the soft-spoken and likable young Russian multimillionaire, Dmitry Itskov. That year, Itskov - working with Russian experts from the fields of neural interfacing, robotics and artificial systems - birthed the 2045 Initiative , an organized movement dedicated to forwarding a complete social evolution and a new global spirituality. Moreover, it would be a "megaproject" predicated on the goal of cybernetic immortality.

Only a few years ago "transhumanism" was practically unheard of, even while the entertainment industry was spitting out a long list of transhuman themed movies; Avatar , Splice , Bicentennial Man , the Terminator and X-Men and Matrix series, Gattaca , Blade Runner , I- Robot , Surrogates , to name just a few.

Many of those movies were dystopian, such as the Terminator series. Others made enhancement something to be desired. Avatar did a great job in this; weaving a compelling tale of transhumanism - moving one's consciousness into a non-human carrier - while promoting a matrix of group-consensus thinking, mystical tribalism, nature worship, and that science can be the portal through which the perfect world is entered.

Our modern Western culture has been immersed in transhuman dreams. Now, transhumanism is moving into higher social and even political domains. For example, the European Union has already put together a special working group to explore transhuman ideas: the ENHANCE Project.

And in the United States we can read published reports from government agencies detailing or touching on transhuman issues, such as the 482-page National Science Foundation's Converging Technologies for Improving Human Performance , and the National Intelligence Council's 2012 report, Global Trends 2030: Alternative Worlds .

It shouldn't be a surprise, therefore, to learn that the GF2045 had a political goal; to compel the United Nations to take on the leadership role in future human evolution. As Dmitry wrote in the GF2045 official programme, "I believe that the new evolutionary strategy should be considered at the level of large public and transnational organizations and government leaders."

To that end, an open letter was sent to UN Secretary-General Ban Ki-moon, calling on the United Nations to promote a "strategy for the transition to neohumanity." Moreover, this letter requested that Ban Ki-moon attend the Congress in person, or to "send a recorded or written appeal to the participants."

Ban Ki-moon never showed, and as far as I know, neither did an appeal or recorded message. The GF2045 international political goal, at the present, seems to have fallen short. However, I anticipate that sometime soon a UN "study group" will emerge with suggestions for managing "future human evolution."

On the technical end, I'm not as convinced that transhuman aspirations will be fully realized. I have no doubt that science and technology will continue to impact society, and in monumental ways. But as impressive as Dr. Ishiguro's android head was, and as incredible as the theoretical Neural Dust may prove to be, modern science is still groping in the dark on a number of fronts - a fact admitted by a few speakers. 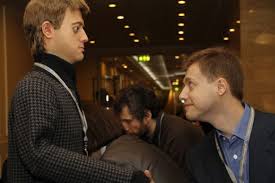 For example, the question "what is consciousness" was repeatedly referenced and left open. No one had an answer. Likewise, "mind engineering" and the creation of synthetic brains were discussed more than a few times. The reason for the buzz was understandable; governments are now funding "brain mapping" projects to the tune of hundreds of millions per year - literally seeking to map out the neural maze of the human brain and unlock its secrets.

However, one speaker reminded the audience that we have successfully mapped the entire neural configuration of the roundworm, which contains slightly more than 300 neurons in its brain/ nervous system, and yet we are completely incapable of reverse engineering something as simple as the worm .

How much more unfathomable must the human mind be!  Indeed, we are "fearfully and wonderfully made." For all that science has revealed there is a tremendous amount it has not yet grasped. At the same time, we have to acknowledge that science and technology have made far- reaching advances, enabling great deeds and generating much good.

But this fact must be tempered with the knowledge that scientific and technical developments are not beyond blunders, unforeseeable negative consequences, or the granting of capacity to commit evil acts. Political machinations and special interests also press upon the world of science, and much of the scientific community itself has become politically charged, creating what nuclear physicist Ralph E. Lapp once called "the new priesthood." 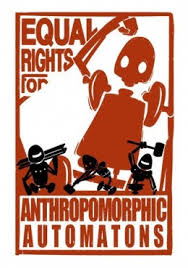 
I am reminded of Neil Postman's pondering question his 1993 book, Technopoly: The Surrender of Culture to Technology ; "to whom will the technology give greater power and freedom? And whose power and freedom will be reduced by it?"

After listening to transhumanist experts for two days, I walked away with all of the above swirling in mind. Over and beyond, however, was this pressing thought: We are witnessing the birth of a post-modern, humanist religion. Although this religion is not "new" in the sense that it springs from the Genesis 3 frame - work of becoming "God-like" via special knowledge, it is new in that it uniquely blends modern science with spirituality under the banner of transhumanism and the ascension of Man.

It is the crossover of Cosmism, Eastern religions and esoteric beliefs, and the faith we have in the "works of our hands." In the near-to-mid term, I expect that the Cosmist conception will increasingly shape and influence this "religion of transhumanism."


Dmitry Itskov -- Founder of the 2045 Initiative. President of the Global Future 2045 congress.

Ray Kurzweil -- Director of Engineering, Google; futurist and inventor, co-founder, Singularity University, and author of How to Create a Mind.

Dr. James Martin -- British author and entrepreneur and the largest individual benefactor to the University of Oxford in its 900-year history.

Dr. Amit Goswami -- Professor Emeritus from the Theoretical Physics Department of the University of Oregon.

Dr. Stuart Hameroff -- Neuro-anesthesiologist and professor at the University of Arizona. Co-creator of the Orch OR model of the quantum nature of consciousness and memory.

Dr. David Dubrovsky -- Russian philosopher, psychologist and expert in the field of analytical philosophy of mind.

Dr. Vitaliy Dunin-Barkowskiy -- Head of the Russian project for reverse brain engineering. Professor. Founder of the Russian Association of Neuroinformatics.

Dr. Alexander Panov -- Astrophysicist, author of the Snooks-Panov curve which describes the singularity.

Lazar Puhalo -- Archbishop (ret.) of Ottawa of the Orthodox Church in America.

Comments for "Would Illuminati Replace Humans with Robots?"

While we speculate on the possibilities of artificial intelligence, trans-humanism and the hive mind, a more immediate threat faces us in the very near future. Progress on two legged humanoid type robots with manual dexterity is surging ahead. Honda Asimo and Boston Dynamics Petman, to name but two examples.

Computing power and memory capacity is increasing exponentially. It therefore seems likely that soon it will be possible to programme a human like response for almost every possible scenario. The impact on employment will undoubtedly be huge and this time I do not believe the old Luddite argument will be relevant. This time it will be different.

At a recent conference, Google chief Eric Schmidt was asked how this future technology would affect jobs. He said he did not know. It does not surprise me therefore that Ban Ki-moon never showed for the GF 2045.

The bigger question should be: What are they going to do with us? Will we all enjoy a life of leisure, as so often has been promised, or will it be extermination. I suspect the latter option has already started under the radar.

Dr James Martin, mentioned in your most recent article, was found floating face down on his Island retreat. Not suspicious, apparently.