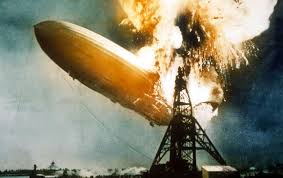 According to Hillaire de Berrier,
the man responsible for the Hindenberg disaster was
Zionist activist and baseball catcher Morris Berg, who later
worked for Nelson Rockefeller and the OSS.

On May 6, 1937 the German zeppelin Hindenburg burst into flames while docking at Lakehurst, New Jersey.  The spectacular disaster brought an end to the airship era.

Before the Internet, "truthers" had limited access to alternative news.  One source was the newsletter of Hilaire du Berrier, who had served in the OSS during World War II.  After the war, the OSS, which changed its name to the CIA, and "downsized," a euphemism for eliminating the genuine anti-Communists within its ranks.

One was du Berrier.  But he maintained numerous international contacts and ran his intelligence newsletter out of Monaco from 1958 to 2001. His very last report was on 9-11 at age 96.

I had the pleasure of meeting du Berrier during one of his visits to Boston, and have read all of his newsletters.   His September 1984 newsletter exposed  Victor Rothschild, as a Soviet spy, 11 years before Roland Perry's 1995 book The Fifth Man. 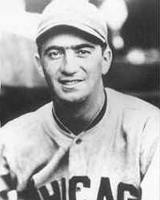 According to du Berrier, the man behind the Hindenburg disaster was  Moe Berg -- a major league baseball player, master of languages, Zionist, and like du Berrier, OSS agent.  The source of du Berrier's report was Tim McAuliffe, a legend in the Boston sports equipment industry.

"McAuliffe became the friend, adviser, and uncle to most of the athletes in the Boston area. The Red Sox made his apartment their hang-out.... Moe Berg, the catcher, told him, ' We had to do something that would make that maniac (Hitler) attack us.'

"All McAuliffe could think of to say was, 'Moe, you didn't kill twenty-five people just for that!' He was too upset to say more and finished the meal in silence while Berg went on talking.

"'I couldn't be there myself,' he said, 'I was scheduled for a game, but I did the planning and four of my men carried it out.' 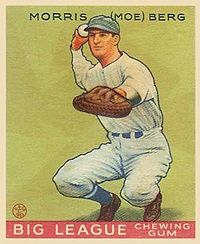 "According to Berg, they used a rifle with a telescopic sight, though the sight was unnecessary with a target that big. When the ship came in the men were hiding in the bushes at Lakehurst and the first shot with an incendiary bullet set the after end on fire.

"Tim lay awake that night, looking at the ceiling and thinking about Berg's [confession]. He was too frightened to tell his story to the FBI. What if they charged him with being an accomplice? The more he thought about it the more he realized it was not the work of a single man. There was teamwork, but McAuliffe had no way of knowing how deep it ran. It was at the height of the depression and he was afraid he might lose his job.

"It was some years before he started besieging editors and government officials with his story and when he did no one would listen to him. Some editors were afraid of being called anti-Semite. When he offered to testify before a government committee, Secret Service men descended on his apartment. A man named Kent Tyler had seen the shots fired but Tyler was silenced by the government. Herb Morrison, who covered the disaster for NBC, never answered his letters."

Du Berrier further reported that "both Washington and Germany wanted the affair dropped. Herman Goering ordered German intelligence to make a report and suppressed its findings 'lest passions be aroused in Germany and around the world.'"

Du Berrier was not a man to invent things; McAuliffe, as a sports equipment dealer, was not a "political" person and should not have had any reason to invent the story about Berg, who did not become publicly known as a spy until the first book was published about him some 40 years later.

I find it too much of a coincidence that the Hindenburg exploded from the accepted explanation, "static electricity"   just as she was docking, when no such explosion occurred during the course of her many other trips.

An incendiary bullet, fired under the cover of night's darkness, would have been the perfect tool to set the zeppelin ablaze.

Add the Hindenburg to the long list of Illuminati false flags intended to provoke war.

James Perloff is author of The Shadows of Power and Tornado in a Junkyard. His newest new book, Truth Is a Lonely Warrior, available in Kindle format, is a comprehensive look at the satanic drive for world government.

Hilaire du Berrier was a spook, and the full story of Moe Berg remains 'classified'.  That's 'man of mystery' to general public.

My hunch is that there's a lot more to the Hindenburg fire than some NY Jews getting a wild hare to shoot down down some rich Krauts with a hunting rifle.
The very nature of Berg's known role with the OSS means anything did had to go through the Pentagon or White House, which would have precluded acting on direct order from Victor Rothschild or anybody else.

Also, the air ship was experiencing problems during it's approach to the docking tower at Lakehurst New Jersey.   The crew had difficulty getting it level to dock.  The maneuvers delayed landing by  3 and half hours, creating a great deal of tension among spectators and passengers even before it burst into flame.

Caught on newsreel complete with Germans leaping to their deaths from the burning hulk the Hindenburg was a prototype for 9/11. Surely it was a psyop.
It was a symbol of the Third Reich:  large and impressive to watch, but full of volatile hot air.  Ultimately unsustainable.   The destiny of the Hitlerian vision was encapsulated in 30 seconds of footage of the Hindenburg crash of 1937.   For people of the day, Herb Morrison's voice breaking 'oh the humanity' with the footage of the flaming death of 35 passengers and crew burned an unforgettable meme of horror into the mind.  Only a harbinger of 17 million violent deaths in Europe to come.

As you can see the instant of the explosion was missing from the newsreels.   By todays standards it smacks of a 'rough cut'.  It looks like the footage of the initial explosion was censored out.

The Hindenburg exploded because it was full of highly flammable hydrogen.  The United States had locked up the world sources of non flammable helium.  In  1927 the US Senate passed the Helium Control Act.   Neither Roosevelt or the Nazis were in power at that time. There was no helium embargo against Germany, rather, helium was scarce at the time and airships were the spy satellites of that era.   That's why the US locked up the world supply of helium at the time for the US military.

The Germans could have requested helium from the US government but they never did.  The likely reason is that hydrogen was cheap, and helium would have been prohibitively expensive for passenger transportation.

I doubt it was to provoke Germany into war. Maybe that's what the OSS superior told the underlings to make it sound political and thus more acceptable for fanatics to execute.

My gut feeling is that it was plain old Jewish hatred and envy. To see a Hitler zeppelin fly in and out of their stronghold New Jersey must have eaten their hearts out and they destroyed it out of pure spite and hatred.