One autumn evening in 1980, John Lennon, the Beatle who told the press in 1964 "we're more famous than Jesus", stopped to sign his autograph for a fan in front of the Dakota Apartments in New York.  The fan took a gun and shot Lennon point blank five times, then pulled out a copy of J.D. Salinger's 'Catcher in the Rye' and sat down on the sidewalk to read while waiting for the police and media. 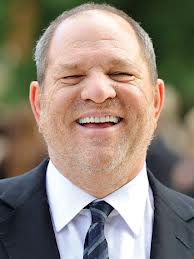 A major 'documentary' called "SALINGER" will open in theaters this September 6th.  It purports to uncover the life of "J.D. Salinger." Salinger was famous for being a secretive writer who never appeared in public.

Look at the trailer above for the new documentary. Does it break your BS meter?

Having read his book Catcher In the Rye - the 'Bible of teenage angst' which high school "lit" teachers forced on innocent high school students for decades, my reaction to a major SALINGER media non-event commencing the first week of our annual 911 trigger month would be "Who cares?"


I remembered being unimpressed with the novel.  It started with the loser, Holden Caulfield flunking boarding school, and proceeding to fuck up as much as possible during the trip back home.  Looking back, I can call it 'nihilist trash'. A handbook of alienation and rebellion. Camus for remedial readers. Illuminati Jews have managed to universalize Jewish alienation in the form of "antiheroes" like Caulfield. This alienation is based on their embrace of Lucifer who represents their rebellion against God and the natural order. 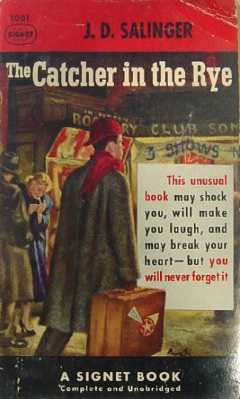 
It's not just me.  Watch this; one and a half minutes of 'Southpark' cartoon episode on the mind control aspect of 'Catcher in the Rye'

1980-81 was a major media year of the celebrity assassins.   The book we were forced to read in high school had influenced not only Mark Chapman who shot John Lennon, and John Hinkley who shot Ronald Reagan.  but  It gets worse. Sirhan Sirhan, the alleged Lone Gunman of the Robert F. Kennedy in 1968 also had a copy of 'Catcher in the Rye'.   Since then rumors have grown that the book contained some kind of "trigger" code recognizable only to the subconscious mind of MKULTRA programmed "sleepers".

"In a turn of phrase borrowed from The Catcher in the Rye, Chapman became convinced that Lennon was a phony. Chapman allegedly would chant to himself over and over, "The phony must die, says the catcher in the rye," This was an eerie parallel to Sirhans constantly rewritten mantra of RFK Must Die!" Sirhan, Chapman and Ray: Real-Life Manchurian Candidates

Salinger the movie was preceded by Salinger the book.   The book purports to reveal the 'untold story' through interviews with Salinger's past associates, most of them now dead too.   After the movie plays in theaters, it's scheduled to run on PBS in the American Masters series.

The movie, the book and rest of it are themselves disinformation and probably programming too. My theory that "J.D. Salinger" was a fictional character, a CIA cutout used broadcast code to trigger programmed 'sleepers'.

I'm saying "J.D.Salinger" is a brand like J.K. Rowling, his books created by teams of CIA experts of neurolinquistic writing.  What I don't believe is that some guy named J.D.Salinger wrote a book about his nervous breakdown called 'Catcher in the Rye' that became a spontaneous best seller, and was so beloved by the 'Lost Generation' of teenagers and hippies and Yuppies and goths and rappers etc. that the US Department of Education decided to enshrine it as mandatory reading in public schools for half a century.

And now this brand is being dusted off and set to work again. Although Salinger died in 2010,  "unpublished works" have been discovered and will be published.   In fact, five more books are planned. 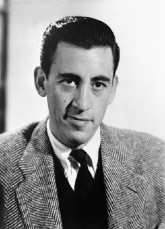 Salinger fits the half-Jewish profile of many Illuminati. According to Wikipedia, Jerome David Salinger was born in New York City New Year's Day 1919. His mother, Marie (nÃ©e Jillich), was born in Atlantic, Iowa, of Scottish, German and Irish descent. His paternal grandfather, Simon, born in Lithuania, was at one time the rabbi for the Adath Jeshurun congregation in Louisville, Kentucky. His father, Sol Salinger, sold kosher cheese. Salinger's mother changed her name to Miriam and passed as Jewish. Salinger did not learn his mother was not Jewish until just after his bar mitzvah.

According to Ian Hamilton's biography, Salinger worked for Defense Intelligence during World War II, serving with the Counter Intelligence Corps (CIC), interrogating captured Nazis. Later on, toward the end of the war, Salinger was involved in the de-Nazification of Germany.

"Is The Catcher in the Rye a Mechanism of Control?" by Adam Gorightly theorizes that the book could have been used as a programming tool for
Manchurian Candidate-type assassins.

The book's role in three assassinations is significant.  Added to this the fact that the book is required reading, despite many efforts to ban it.  It has "has been banned more times than any other book from the American school syllabus", with good reason in light of its possible use as a model of demoralization, not to mention a programming script /trigger to pre-existing mind-controlled slaves.

In an article on this site about Masonic bullying, a reader related that Catcher in the Rye was referenced:

"Then my close colleague loaned me another book, stating that its content reminded him of my family and that I should be sure to read the first chapter, a short story by J.D Salinger entitled "A Perfect Day for Bananafish". The last line described the protagonist suddenly, with no foreshadowing of the event, blowing his brains out with a pistol."

Clearly JD Salinger is very dear to the Illuminati, and his contribution to their satanic agenda has not ended.
---

Note- The final section reprises part of an earlier article on this site, "Is Modern Culture a Psy Op?"

I noticed something funny about Wikipedia's page for 'J.D.Salinger' Â® -- There is no mention of John Lennon, or Mark David Chapman.   Seems kinda funny since 'Catcher in the Rye' is remembered more for turning up in high profile assassinations by mind controlled 'sleepers' than any other reason.

Something else - in the movie trailer, the last line says "Writing a book is a horrible, exhausting struggle, like a long bout of some painful illness. One would never undertake such a thing if one were not driven on by some demon "   But hey, guess what -- George Orwell wrote that - not Salinger.

The line is in the last paragraph of Orwell's essay, 'Why I Write'.

The movie trailer begins with bullshit.  Why would a super-reclusive man who has eluded paparazzi and 'millions' of fans for decades, with a PO box to conceal his location, pick up his own mail at the  post office?   That's just stupid.   They expect us to believe this shit?  Whomever watches this movie better take along a shovel to scrape the bullshit off the movie trailer alone.

Publishers invented fictitious authors to front for 'must be' books written by teams for a long, long time.  There's even a genre for it: "Literary Hoax".

A famous one was done in 1969 by a New York magazine columnist and twenty four journalists  to see if they could make a best seller by mixing up previous best sellers.   There goal was to produce a deliberately badly written, stupid book with no socially redeeming qualities but load it with explicit sex language and imagery, and give it high brow reviews in the mainstream magazine behind the scam - NEWSDAY.

The result was 'NAKED CAME THE STRANGER', with the title written in lipstick on the cover with a photo of a naked woman.  The 'brilliant young author'  "Penelope Ashe"  was nothing but a pseudonym.  "Penelope" was actually the writing team:  nineteen men and five women.  A photo of the editor's sister-in-law was taken to be "Penelope" on the book jacket.  Each writer wrote one chapter and passed it to the next person. There was no plot.  The first draft had to be redone because some of it was too good. 'NAKED CAME THE STRANGER' spent 13 weeks on the New York Times Best-Seller List.   After the book had sold 90,000 copies the editors 'confessed' on The David Frost Show.   In 1975, the story was made into a pornographic movie.

'CATCHER IN THE RYE' seems like such a production, except the creators were a CIA team of mind control programmers, and they'll never going to confess.  The CIA synonym for 'hoax' is 'counterintelligence'.

Comments for "Illuminati Dust Off the J.D. Salinger Psy Op "

I have always found it interesting that "The Catcher in the Rye" took center stage in the classic 1997 movie, "Conspiracy Theory", starring Mel Gibson (Jerry) and Julia Roberts (Alice). Remember the old "Alice and Jerry" books in Elementary school?

Anyway, this movie is totally about the CIA MK-ULTRA mind control program, where Gibson plays the victim and Roberts, who works for the U.S. Attorney at the Justice Department, becomes his only friend. According to Wikipedia, which I checked to brush up on my facts, "In Jerry's hospital room she (Alice) finds a copy of 'The Catcher in the Rye'." This is after Jerry had just escaped.

Meanwhile, while the CIA is feverishly looking for Jerry, he hides in Alice's car, "and then they go to Jerry's apartment where he tells her about his conspiracy theories and his newsletter.

He has dozens of copies of Catcher. He feels compelled to buy it, but doesn't know why."

Finally, we again see mention of this book when Jerry confronts agents staking out Alice's apartment "and he warns them, at gunpoint, not to hurt her. He goes to a book store and buys a copy of 'Catcher'."

I think that this movie is trying to tell us something; in fact, maybe even Wikipedia!

Interesting, The Catcher in the Rye Has recently resurfaced in conversation with friends. Me being the oldest, having been forced to read this piece of garbage in 1982, we all seemed to agree the book stunk, and we did not like Holden Caulfield at all. Myself, I gave up about half way through and faked the rest of that particular unit in English class. That is not to say the book did not have its desired effect on those who read it. Maybe the book truly did stink so bad that Salinger hid out of pure embarrassment.

One of the most dangerous things a man can do is to read a bunch of crap and then believe in it. At best, the scribble should only be used as secondary information and not primary. If it is the primary, a man can open himself up to all kinds of trouble. We do this to ourselves because we don't understand the dangers of taking in bad information.

How do you know a writing is good? Who wrote it? Where did the ideas come from? What is the agenda? Why was it written? In my opinion, writings are only as good as the truth that they reflect. The rest is just a drain on the mind. Whatever we read, we should have other ways of confirming the information.

Much ado has been made of "Catcher In The Rye". I wouldn't give it all the credence it doesn't deserve. I read it in high school and found it boring and non-symbolic.

The only message I got out if it was that of a kid who was going through an identity crisis and who also did not want to grow up.

As far as the book being a CIA Psy Op created to destroy America's youth, I don't know.

By today's standard of literature this book might be considered civil.