Smolensk Crash Was a Russian/NWO Coup 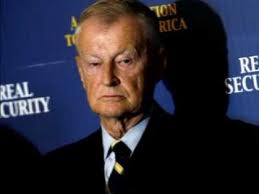 Absence of foreign dignitaries at the funeral ceremony

and passengers disposed of.)

The decapitation of the Polish elite April 10, 2010 was a brazen coup d'etat, aided by traitors, that returned Poland to the Russian sphere of influence. Awkward nationalist holdouts have to be crushed without mercy. Poland may have been perceived as one such NWO holdout.

As Zbigniew Brzezinski writes, Poland lies as a pivot between two tectonic plates - the great Asian plate to the north ruled by Russia, and the European peninsula to the west, comprised now of European Union. He who rules central Asia, rules the world, because the world cannot live without its resources; but he who rules the pivot, rules by extension central Asia. Therefore it is vital for the new world order to conquer and subjugate Poland, not for its own sake, but for its geopolitical role.

It is no coincidence that Brzezinski speaks and writes in Polish in his everyday work, although he has lived in America for fifty years....Why? Because he decided to retain and use the language, knowing it is vital for him. He oversees the pivotal territory on behalf of the empire.

The historical rivalry between Poland and Russia follows the unyielding cold logic of geopolitics. Russia has to subjugate Poland for its imperial safety and Poland has to fight the eternal rival for own survival.

If anyone doubts that any such brazen coup is nowadays feasible, one needs only to remember, how many officials from abroad came to President Kaczynski's funeral: apart from Russians, virtually none. In diplomatical parlance it means only one thing - the crash was an obvious hoax, because the deceased was not an outcast to be so blatantly and unanimously offended.

The coup was prepared, orchestrated and perpetrated internally, in Poland.  What is really remarkable, is international silence surrounding the coup. There were no visible reactions to it, although there was tremendous risk involved: in the alleged crash in Russia perished military jet, belonging to NATO state. It meant an unequivocal act of war, if only one official, anywhere in Poland raised the spectre.

Russia's role follows from immense resurgence of Russia's known and previously unknown assets in Polish politics and economy, at the highest level.

Immediately after the coup whole swaths of strategic energy policies were fundamentally changed, i.a. the long term contract for Russian gas deliveries, for which Poland pays now highest prices in Europe, if not the world, although being the EU customer closest to the source. 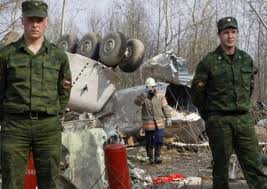 The obvious active participation of Russia is proven by the fact, that the alleged crash occurred on their soil and their administration now leads the inquiry into it, with no active collaboration on Polish or some international organization's part.

The Russians proceed at their discretion, as they see fit, because the Polish government chose not to apply bilateral treaty, covering military aircraft crashes and not to participate on equal basis standing in jointly led inquiry. Polish administration chose not to immediately take possession of the crash site after the alleged crash and even did not send there professional prosecutors and rescue teams, routinely sent on such occasions.

In fact, it stopped them from performing their tasks. The government did not apply for readily available and waiting on standby international help - from specialized organizations, in which Poland is a participant, or from military NATO channels. All incoming assistance offers were turned down, most notably the ones from allied intelligence services: CIA and BND. They had undoubtedly intelligence prior to the acts, and all electronic and satellite imagery of the alleged crash site, needed to disentangle the enigma: what really happened in Smolensk and produce proof of it.

All the actions of Polish government after the coup prove the first hypothesis, that it was not only an accessory to the crime, but helped in its planning, preparations and execution. Otherwise it would not be possible to catch the highest figures of the military and politics unawares, the counterintelligence measures, normally effective [NATO compliant] being purposefully blinded and worked around, but more importantly - after the fact, methodically stalling and paralyzing all initiatives aiming at researching the true nature of happenings in Smolensk Russia on April 10th.

Finally, it was Brzezinski of all people, who immediately after the alleged air crash, already in the evening on the very day publicly voiced his deep hope, that from this very unhappy experience both nations - Polish and Russian - will come strengthened through reconciliation.

He stressed this hopeful reconciliation on multiple occasions, so there can be no doubt of his intentions. The globalists  want rapprochement between Poland and Russia, which can only mean return of Poland to the role of subordinate in the rebuilt Russian empire.

The august geopolitics insider did not elaborate on obvious idiocy of his hopes of reconciliation, lacking any factual footing. On what principle should the families of perished reconcile with the Russians? If it was only an accident, there would be nothing to forgive and no reconciliation needed. If - on the contrary - there was no accident, no reconciliation was possible, as long as all the culprits were not hanged. So what reconciliation was Brzezinski talking about?

Reconciliation of the victim with the executioner, war victim with aggressor? Poland did not attack, occupy or subjugate Russia in the last 300 years; it was the other way around. Poles perished allegedly in Smolensk, Russia. What have Poles to reconcile with Russians about? I would argue that any rational person would have to admit,such an reconciliation as that - in light of the historical record - is  deeply misguided morally and traitorous.

What makes the globalist message more poignant is the swiftness with which the re-conciliatory order of the day for the indigenous population was delivered, demonstrating in crass confrontational style the internationalist dimension of the coup. This supposition was further strengthened last year, when Brzezinski visibly angered with resurfacing, tenacious conspiracy theories called independent researchers odious names. Ostensibly the propaganda machine did not work as expected and the boss had to correct the benighted sheep personally.

Related - There were no passengers on downed plane.   Pilots shot. (YouTube)

Passengers murdered at another location.

Russians think Ukraine is killing itself with courtship of West

Ukrainians see Russia as a Threat

Comments for "Smolensk Crash Was a Russian/NWO Coup "

Â«Poland did not attack, occupy or subjugate Russia in the last 300 yearsÂ»

Well, occupation an subjugation did not work out, but certainly non for lack of trying it: the first thing that newborn Poland did in 1919 was to move war on crippled Russia...

In hindsight, I came to the conclusion that the incrimination of Russia as the perps of the crash in Smolensk was so blatant that it's gotta be a frame. Even Hillary Clinton didn't blow up Gaddafi while he was in New York at the UN and DC in 2009. All mega-governments are more subtle than to blow up a planeload of dignitaries in their own air space during an event which Russia intended to improve relations.
Cui Bono? Really...

Brzezinski's eulogy remarks on hoping the tragedy would foster Polish reconciliation with Russia was nothing but a platitude, the kind people say at the funeral of someone who died a meaningless death, trying to say something consoling. Nobody could say anything satisfactory. The naked fact is that it could only dump vitriol in the wounds of centuries of Russo-Polish enmity.

This is in no way my endorsement of blind faith in the 'new' Russia or Putin. The 50 year role reversal in which America is now run by atheist Socialists and Russia by Orthodox Christians is a bit too 'neat' too. I'm reserving my final impression until the next war breaks out. That ,may answer some of these questions.

I'm very skeptical of this article! Claiming that Brezinski is pro Russian is a laugh.
This **** is so Russophobe that's not funny!

There is a very good reason for the absence of dignitaries at the funeral, for it took place when the volcano in Iceland was erupting, which caused the temporary suspension of all flights in most of Europe. However, Gerhard Wisnewski, the great German exposer of plots and media lies, claims that the story of the volcano was only put about in the first place in order to give the dignitaries an excuse not to travel to Poland.

The fact of the matter is that because of the Polish people's history of being troublemakers as it comes to fighting the Worldwide Elite's plans, for both the Internationalists outside Poland and the traitors inside Poland there is only one set of questions:

1- Is Poland supposed to be under the control of Russian Influences?

2- Is Poland supposed to be under the control of German Influences?

3 - Or is this influence supposed to be divided between both of them?

I agree with Zorro that since 2010 Russia has gotten a lot of the influence over Poland that they once had back but Germany's influence is quite strong still too.

For example I was reading an article in a Polish Conservative newspaper recently and it stated that more then 80% of Polish magazines and newspapers have been bought out by German Investors!

So it's no surprise that when the Living Kaczynski brother says that Germany's meddling in Polish affairs is becoming alarming that most of the Polish media jump on him for being a hater and paranoid!