The Dalai Lama: A CIA Agent 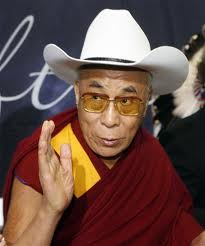 The Dalai Lama is an example of how
the CIA has moved from overt to covert
means of subversion and control.

"I have a hunch that once it is China's turn to get some taste of the foundation-style 'democracy' , there is a possibility the Dalai Lama will be rolled out again."

(Sandeep Parwaga, 25, is a Ph.D. candidate in psychology in the UK.)


In a society where liars and frauds are presented to us by the corporate media as the holy grail, I decided to investigate the Dalai Lama. I recalled the Dalai Lama admitted he was on the payroll of the CIA in the 1950s. [1] I suspect he still may be.

First a little history. Tibet was part of the Chinese empire until 1913 when it broke off and became de-facto independent. Contrary to the image of the Dalai Lama, many allege that he ran a dictatorial, feudal style regime, torturing and killing dissenters, crushing resistance and permitting other despicable brutalities. [2] and [3]

The Chinese eventually reconquered and annexed Tibet in 1951. The Dalai Lama fled to India where he established the exiled government with the financial help of the CIA. The CIA supported the Tibetan radicals to 'isolate Communism' training them on American soil and parachuting them into Tibet. This and similar activities came under the codename. "Operation Saint Circus." [4] and [5]

The Dalai Lama also received direct CIA funding. "Funding" of course means bribes. Overt CIA support ended in 1974, after negative publicity. The Dalai Lama then created the Central Tibetan Administration (CTA), which raises large sums, especially now since he became a house-hold name. The US State Dept. donates and I suspect so does the CIA.

Michael Backman, an Australian reporter, revealed that the Dalai Lama has put all of the important positions in the network into family hands. [6] Corruption seems to be an all-too-common. I suspect a lot of the money lands in his large robe pockets. Contrary to popular belief, there are Tibetans who oppose the Dalai Lama. One such is the Western Shugden Society, which has a trove of information including declassified documents about the CIA connection to the Dalai Lama. [7] 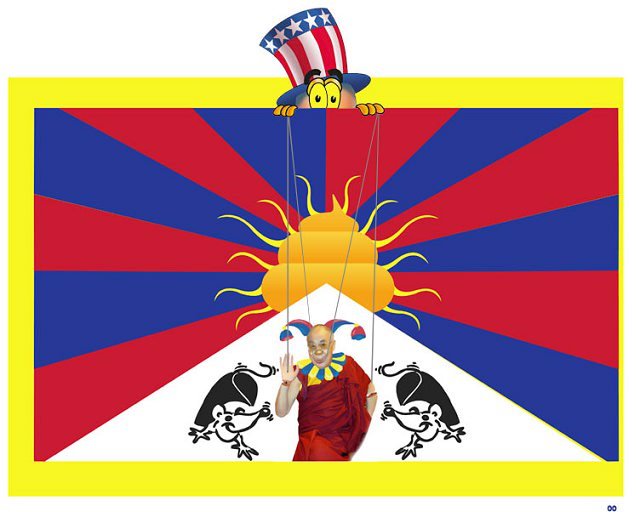 Using the Dalai Lama as an example, we get a glimpse of how the elite transferred their control mechanism from overt to covert mechanisms.

In 1989, the Dalai Lama received a Nobel Peace Prize.  The media continues to give him credibility. He was received by many nations in the West and was awarded with 'honorary medals', such as the National Endowment for Democracy 'Honour'. [8]

When I read this, my opinion about the Dalai Lama was confirmed. By now I knew that the NED took part in 'democratic' overthrows of countries such as Georgia and Ukraine through so called 'colour revolutions' [9] Established in 1984, the NED officially labels itself as a foundation "promoting democracy throughout the world." The NED's first president, Allen Weinstein, had this to say about the NED: 'A lot of what we do today was done covertly 25 years ago by the CIA.' [10]

This statement reveals the psychology behind foundation ideology and how the CIA has shifted its operational modus operandi.  Their aim was to infiltrate into a destined country via soft power means. Some people have made the case that the CIA operations went from 'public' hands (the overt part) into 'private' hands (the covert part, using the foundation.)

Michael Barker, who studied the NED and its connections to the Dalai Lama rightfully called it 'Democratic imperialism''. [11] It explains why Russia passed a law labeling 'NGOs' (non-governmental organizations) as foreign agents (because they are not governmental, they are in private hands) [12]

Since DL was on the payroll of the CIA for many years officially, I suspect that he is still a CIA puppet who is used to destabilize China using the Tibet region as a proxy, just as Saudi Arabia is using Sunni radicals (e.g. Al Qaida) as proxies to destabilize the Middle East with the support of Israel and the West. [13] If it ever get so far, I have a hunch that once it is China's turn to get some taste of the foundation-style 'democracy' , there is a possibility the Dalai Lama will be rolled out again. 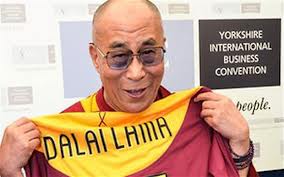 Once we look behind the veil, we see that champions of freedom and democracy like the Dalai Lama are nothing but frauds who are used to undermine countries opposed to Anglo-American hegemony, mainly Russia and China and its supported allies (e.g. Iran/Syria).

The Dalai Lama represents  Western degeneracy, which dupes idealistic people to follow a cause which is eventually usurped and used for a greater evil. The Dalai Lama is nothing but a money hungry, evil narcissist who enjoys duping the masses and enjoying his celebrity status while living the big life. We need to realize that these supposed purveyors of justice are manufactured frauds who serve as henchman of the global elite.

I think I could turn and live with animals, they are so placid and self-contained ...
They do not lie awake in the dark and weep for their sins;
They do not make me sick discussing their duty to God;
Not one is dissatisfied, not one is demented with the mania of owning things;
Not one kneels to another, nor to his kind that lived thousands of years ago.

I said hello, Dalai,
This is G.C., Dalai,
It's so nice to have you back where you belong!
In your sarong, Dalai,
Lookin' swell, Dalai-
You're still glowin', you're still crowin'
That old feudal song.
I hear the monks prayin'
And the horns playin'
One of your anti-commie songs from way back when.
So ... pack the yak, fellas,
Forget about Iraq, fellas,
Dalai'll never go away again.

I said, hello, Dalai,
Holy-gee, Dalai,
Gere's so nice to have you back where you belong.
Your inner light, Dalai-
Outa sight, Dalai!-
Just be happy, don't be sappy-
We'll all sing along.
I hear Iran prayin'
And Petraeus playin'
One of those Oprah-tappin' tunes from way back when.
So ... golly-Jeez, Dems,
Kiss the old man's knees, Dems,
Bush'll never go away,
Dalai'll never go away,
Celebs will never go away again.

Just one more set, Dalai,
"Free Tibet," Dalai,
Get it back to where it was when you were Lord.
I mean your serfs, Dalai,
On your turfs, Dalai,
When you clapped hands they'd understand
That old feudal song.
I see prayer-wheels spinnin'
And the Pope's grinnin'
And the Wretched of the Earth can take a hike ... yikes!
Golly-gee, Gere,
Mia and Clooney-all hear-
We're sick of all you sycophants
Kissin' the ass of hierophants,
Take your ill-earned gilt and go away.

Gary Corseri has published novels, collections of poetry and a literary anthology (edited).  He has performed his original work at the Carter Presidential Library, and his dramas have been performed on PBS-Atlanta and elsewhere.  His work has appeared at hundreds of publications and websites worldwide. He has taught in public schools and prisons in the US and in universities in the US and Japan.

Comments for "The Dalai Lama: A CIA Agent"

In this article, the allegations against the Dalai Lama are well-intended no doubt, but seem to be partly just guessing. I would like to see people educated about how the Dalai Lama spoke out publicly in favor of private gun rights. If more people knew about that, that might be a good thing.

Or how he has said publicly that homosexuality is traditionally considered sexual "misconduct" in Buddhist societies (and I believe he has been repeatedly publicly attacked for saying this, whereupon he now as a concession offers a different take on it - as long as nobody is hurt, and it fits with your society (i.e. our insane American society), he does not necessarily see a problem with different types of sexuality, so long as it is consensual). This might just be for the sake of PR, and internally they might still uphold traditional heterosexual values, I do not know.

Anyway for what it's worth I'd like to see "love" emphasized more, and not rushing to judge people. When I am quick to judge people it makes me feel weak and helpless, like I'm a helpless victim, and my only recourse is a kind of impotent anger. It feels almost like being imprisoned by my own mind, my own pride. Whereas when I stop judging people as much, I can still see the difference between right and wrong, but I feel like I'm a participant in a mysterious process with God and with God's other creatures.


It is true that the Dalai Lama and Senior Buddhist Monks dupe people into their cause, no different than other religions.

Take a look at these Monks flying on a private jet ... designer sunglasses ... Louis Vuitton luggage. Not so humble are they?

1. He was 15 when Mao took over tibet, so unlikely he was running some kind of "police state"

2. He is pro gun, which is extremely unusual for these UN types:

"If someone has a gun and is trying to kill you it would be reasonable to shoot back with your
own gun."