The Dark Underbelly of Israeli Business 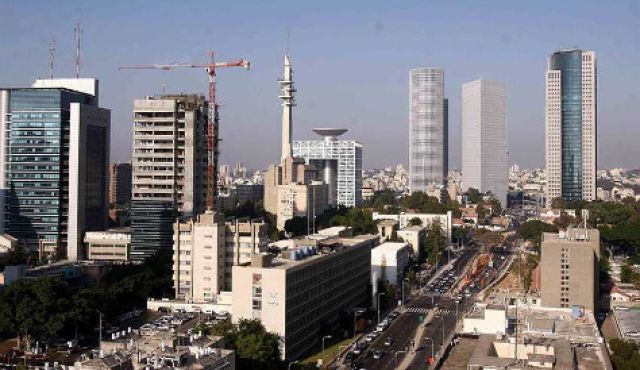 
"In effect, we were catering to people with addictions mostly to painkillers such as Tramadol."

Most immigrants to Israel quickly realize, if they did not beforehand, that it's extremely difficult to make a living in this country. The average salary in Israel is 7,500 shekels per month before tax (about $2,150 a month gross), yet the cost of living is not much different than in the United States, Canada or Britain. Real estate is extremely expensive, especially in and around Tel Aviv and Jerusalem. Automobiles, gasoline -- extremely expensive. At some point one could argue that at least food was more affordable in Israel, but that is no longer true.


The net effect of this dilemma for new immigrants is how can they make ends meet.


Unbeknownst to many outside of the country, Israel hides a dark underbelly of corrupt and illegal organizations that exist solely on the basis of defrauding North Americans, Western Europeans, and just about anyone else on the planet. Their primary markets remain, however, the United States, Canada and Western Europe.

I'm ashamed to admit that I have worked for not one, but three of such companies. In my defense, I will say that I did not ever plan to do this kind of work when I made aliyah five years ago. I came to the country with honest intentions. However, after a brutal divorce, I had little choice. Surviving on a "legitimate" salary was out of the question, not with four children and a child support payment in excess of my salary. In effect, the country forced me to find more lucrative work.

Generally speaking, the "corrupt" industries in Israel are focused on the following products or "services":

There are literally hundreds of these companies operating in Tel Aviv and Jerusalem, and where they are not outright illegal, they are most certainly unethical. Yet, they pay good money -- much more than "legitimate" companies can afford, with some exceptions in the hi-tech and defense sectors mostly.

I first worked for an on-line pharmaceutical company that I discovered through my then wife's friends.

Well, let us say the company was extremely shady and I am quite sure illegal in America. Our offices were supposedly located in Phoenix, Arizona and Salt Lake City, Utah. Farcical. We were located in downtown Tel Aviv in a landmark building. We were told the reason we keep our true location secret is because people are so prejudiced against Israel. What a laugh that was! If people knew the types of businesses that are flourishing in Israel they would be a lot more prejudice against the "Jewish" state. A total catch 22.

Buying drugs on-line in America and Canada is borderline legal. It depends on the doctor's prescription and the company's verification of that prescription. (For more information.) In our case, the customers filled out a form on-line in which they assured us they had a prescription, and in addition, this form was sent to our "doctors" who would allegedly check the symptoms and verify the prescription was legitimate. 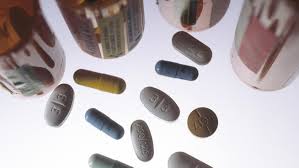 It was a total scam. We had no doctors. The only thing we would check was for "abuse," which meant a customer trying to purchase much more of the drug than could possibly be used. We were supposed to deter customers from becoming distributors themselves.

In our case, the "customer support" center was in Tel Aviv, the shipping center was in Jerusalem. We also had a home office in the Philippines, from which calls, chats and emails were supervised. There was always the threat that we would be shut down, and so the basic rule was never sell to anyone in Israel. We specialized only in customers in the US and Canada.

I recall one instance where I was doing my due diligence with a customer and I discovered he was ordering the same prescription repeatedly on multiple sites, and indeed on multiple platforms. For me, this was the "fun stuff." However, I had gotten too good at it and it was costing our company some of our bigger customers.

A new rule was issued in the office -- we were not allowed to look at the different platforms. We were, in effect, to perform minimal due diligence, because the fact of the matter was, as always in this country, profit before ethics. The customer was indeed allowed to make multiple purchases, and we simply looked the other way.

The company allowed people to buy 10 x a normal order WITHOUT  PRESCRIPTION from ten "different" pharmacies we contracted with. We were told to look the other way. Most were painkillers, Tramadol. Also a lot of Viagra and Cialis orders. Some customers would set up illegal shops buying huge stockpiles of medication.

All of these companies acquire customers on the internet.  The pharmaceutical company ran dozens of web-sites, all funneling into the one office.  The casino companies, the same thing.  Each web-site looks like a unique and independent company, but they are all connected and run from one office.  There are hundreds of these hubs in Tel Aviv and Jerusalem and one can only imagine how many of the web-sites are actually connected to Israeli firms.

The drugs themselves were procured mostly from pharmacies in Canada.  We provided the customers address and the product was shipped from the pharmacy via Fed Ex.  In effect, we were catering to people with addictions mostly to painkillers such as Tramadol.  And of course, we also catered to niche markets such as Viagra or Cialis -- drugs some people are ashamed of going to their doctor for prescriptions.   A huge volume of such drugs were sold to Americans and Canadians.

I began work for the company in customer service (taking orders, processing credit card information, telling the customers why their orders were not yet shipped, late, or incomplete.  I was promoted to Auto-reorder clerk, which was more insidious and more profitable for the company (calling customers to see if they'd like the orders to automatically refill with the card charged automatically.)  Like in any business that sells drugs, you don't want to cure disease, you want to temporarily cure symptoms.  In our case, we didn't care if there even were symptoms, we just wanted to peddle the drugs.

I left the company after a few months due to the abusiveness of management.  The place was run like a sweatshop with a Russian immigrant mid-level manager who can be best described as an uptight, irrational bitch.  All of the companies I worked for in Israel seem to be run by mean-spirited task masters.  Be mean.  Say no to any special request.  Short-change the employees in terms of overtime and complain they were on break too long even when they were not.

Comments for "The Dark Underbelly of Israeli Business"

Hasn't every man that's taken corporate work found himself confronted with this choice? A couple of generations ago we still complained about: "it's the rat race", "it's a dog eat dog world". "It's the law of the jungle". Who gave us those defeatist slogans? Those slogans make it sound like natural law. "ah, well, such is life. what can ya do". *sigh*

I was in Saul's place too, and eventually decided to become a tradesman for less money and status because they said "you lack the killer instinct" the way you'd say "you don't have any fingers". I asked successful co-workers "how do you do it? what's the trick?"
One fellow said "Do you like to hunt? It's just like bagging a deer". Or, "It's easy. I want their money".

It doesn't matter if you're Jewish or not. It's way too late to play the game of "who started it?" "It's the white man." "It's Capitalism." "It's Marx." "It's the rich". "It's the Talmud." You can chase your tail thinking like that.

I've come to the conclusion that it's a cycle that's been repeating since 'Civilization' began. Today 'civil' means "of the city". The original meaning of the word in the 1700's is enlightening: "The act of rendering a criminal process civil."

When ethics are gone, and morals gone, all that's left are laws.

I just wanted to respond to the article by Saul on Israeli business. I have had DIRECT experience (I believe) with this Israeli pharmacy company(s) online. Years ago, I had become addicted to Tramadol due to chronic leg pain, and went online to buy some. I only ordered Tramadol online once, and after I received the product, I kept receiving phone calls from this pharmacy every single day. I told them I was no longer interested, but they kept calling and calling. I went online to try to find out where they were located, and all I could get was Salt Lake City, Utah. Finally, after a year or so, they quit calling.

Praise the Lord, I am no longer on pain pills, and my leg pain is much more tolerable these days, but I bet you that my experience was with this Israeli company....... no doubt about it.

It sickens me that business managers care only about the almighty dollar. The love of money is the root of all evil, and the Zionist Jews sure do love their money. Thanks for all the good work, Mr Makow!