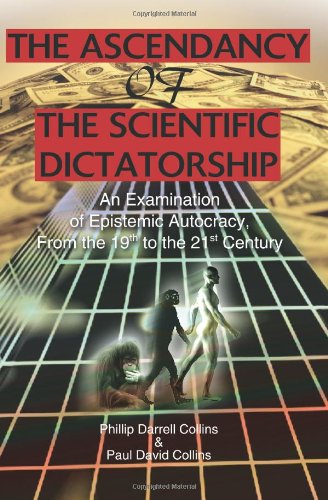 control of science and determined our assumptions

about the nature of reality.

This article summarizes the thesis of Collins' book, (left.)

"The ruling class seized control of science and used it as an 'epistemological weapon' against the masses."


As antiquity gave way to modern history, the religious power structure shifted to an autocracy of the knowable, or a 'scientific dictatorship.'

Subtly and swiftly, the ruling class seized control of science and used it as an 'epistemological weapon' against the masses. This article will show that the history and background of this 'scientific dictatorship' is a conspiracy, created and micro-managed by the historical tide of Darwinism, which has its foundations in Freemasonry.

In The Architecture of Modern Political Power, Daniel Pouzzner outlines the tactics employed by the elite... Among them is: 'Ostensible control over the knowable, by marketing institutionally accredited science as the only path to true understanding' (Pouzzner, 75).

The word 'science' is derived from the Latin word scientia, which means 'knowing.' Epistemology is the study of the nature and origin of knowledge. The ruling class has bribed the 'bookkeepers' (i.e., natural and social scientists).

Meanwhile, the masses practically deify the 'bookkeepers' of the elite, and remain 'ignorant of the methodology of the bookkeeping.' The unknown author of Silent Weapons for Quiet Wars provides an eloquently simple summation: 'The means is knowledge. The end is control. Beyond this remains only one issue: Who will be the beneficiary?' (Keith, Secret and Suppressed, 203). 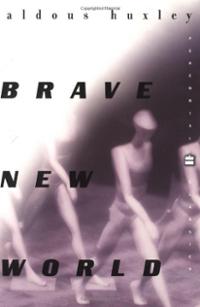 The older dictators fell because they could never supply their subjects with enough bread, enough circuses, enough miracles, and mysteries.

Under a scientific dictatorship, education will really work' with the result that most men and women will grow up to love their servitude and will never dream of revolution. There seems to be no good reason why a thoroughly scientific dictatorship should ever be overthrown (Huxley, Brave New World Revisited, 116).

This is the ultimate objective of the elite: an oligarchy legitimized by arbitrarily anointed expositors of 'knowledge' or, in Huxley's own words, a 'scientific dictatorship.'

How did the 'scientific dictatorship' of the twentieth century begin? In earlier centuries, the ruling class controlled the masses through more mystical belief systems, particularly Sun worship. Yet, this would all change. In Saucers of the Illuminati, Jim Keith documents the shift from a theocracy of the Sun to a theocracy of 'science': 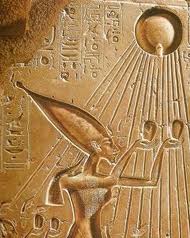 Since the Sun God (and his various relations, including sons and wives) were, after several thousands years of worship, beginning to fray around the edges in terms of believability, and a lot commoners were beginning to grumble that this stuff was all made up, the Illuminati came up with a new and improved version of their mind control software that didn't depend upon the Sun God or Moon Goddess for ultimate authority (Keith, Saucers of the Illuminati, 78).

Priests and rituals were soon supplanted by a new breed of 'bookkeepers' and a new 'methodology of bookkeeping.' Keith elaborates:

As the Sun/Moon cult lost some of its popularity, 'Scientists' were quick to take up some of the slack. According to their propaganda, the physical laws of the universe were the ultimate causative factors, and naturally, those physical laws were only fathomable by the scientific (i.e. Illuminati) elite (Keith, Saucers of the Illuminati, 78-79)...

It must be understood that this new institution of knowing is a form of mysticism like its religious precursors. Contemporary science is predicated upon empiricism, the idea that all knowledge is derived exclusively through the senses. Yet, an exclusively empirical approach relegates cause to the realm of metaphysical fantasy. This holds enormous ramifications for science...

The British Royal Society: (Satanists Remove God from the Universe) 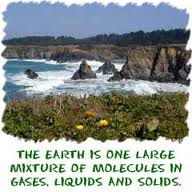 Of course, this conclusion was antithetical to the doctrine of the scientific dictatorship, which contended that 'the physical laws of the universe were the ultimate causative factors' (Keith, Saucers of the Illuminati, 78-79). Metaphysical naturalism (i.e., nature is God) had to be enthroned. Meanwhile, God's presence in the corridors of science had to be expunged. To achieve this, the Royal Society created a Gnostic division between science and theology, thus insuring the primacy of matter in the halls of scientific inquiry (Tarpley).

In the article 'Toward a New Science of Life,' EIR journalist Jonathan Tennenbaum makes the following the statement concerning Darwinism:

Now, it is easy to show that Darwinism, one of the pillars of modern biology, is nothing but a kind of cult, a cult religion. I am not exaggerating. It has no scientific validity whatsoever. Darwin's so-called theory of evolution is based on absurdly irrational propositions, which did not come from scientific observations, but were artificially introduced from the outside, for political-ideological reasons (Tennenbaum).

Given Darwinism's roots in occult Freemasonry and its expedient promotion of an emergent species of supermen, this is a fairly accurate assessment. Charles Darwin acted as the elite's apostle, preaching the new secular gospel of evolution. Darwinism could be considered a Freemasonic project, the culmination of a publicity campaign conducted by the Lodge. Evidence for this contention can be found in controversial Protocols of the Wise Men of Sion.... 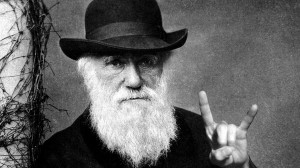 Consider the following excerpt from the Protocols, which reads distinctly like a mission statement:

For them [the masses or cattle] let that play the principal part which we have persuaded them to accept as the dictates of science (theory). It is with this object in view that we are constantly, by means of our press, arousing a blind confidence in these theories. The intellectuals of the goyim [the masses or cattle] will puff themselves up with their knowledge and without any logical verification of it will put into effect all the information available from science, which our agentur specialists have cunningly pieced together for the purpose of educating their minds in the direction we want.

Do not suppose for a moment that these statements are empty words: think carefully of the successes we arranged for Darwinism [emphasis added], Marxism, and Nietzsche-ism (reprint in Cooper, 274-5).

It was the grandfather of Aldous Huxley, T.H. Huxley, who would act as the 'official spokesman for the recluse Darwin' (White, 268). Many years later, Aldous would propose a 'scientific dictatorship' in Brave New World Revisited. Whether Aldous made this proposition on a whim or was penning a concept that had circulated within the Huxley family for years cannot be determined. Given the family's oligarchical tradition, the latter assertion remains a definite possibility. Yet, there may be a deeper Freemasonic connection, suggesting that the concept of a 'scientific dictatorship' may have originated within the Lodge.

Science can't even tell us our own history 9,000 years ago.  When I minored in Anthropology we were told that agriculture gave rise to cities and later to writing, art, and religion. This was absolute doctrine.  Any student who merely questioned this order of development was ridiculed as an idiot and insubordinate.  I never questioned it.

Anthropology isn't  a science, because the 'study of Man' [1] amounts to hypothesis, like Psychology (and Darwinism), so it is 'subjective' whereas Science claims to be 'objective'.

As for the 'agriculture pre-dates Civilization' doctrine, that began to change after 1994 with the excavation of a large mound in the desert near the Turkish/Syrian border.  It turned out to be a circular temple of huge stone slabs, many elaborately carved animals and human figures. The site was in use for as long as 3,000 years, and it is 11,000 - 9,000 years old. [2,3]  There are no signs of either agriculture OR settlement, so now they're telling us religion pre-dates agriculture AND Civilization.  Personally, this is what I had intuitively assumed before I enrolled in Cultural Anthropology 101.

If Science can't tell us whether agriculture or religion pre-dates architecture, how can they tell us the 'Origin of the Species', or whether the Universe started with Big Bang, or is an infinite continuum?

If the scientist takes offense and says, "but Anthropology isn't a Science", my reply is "then why didn't Science correct the Anthropologists?"

The scientist is liable to respond, "that's not my department".

Comments for ""Science" - The Matrix of Masonic Mind Control "

The Egyptians were Mars-worshippers, not Sun-worshippers(!) This explains why everything on the Giza plateau is so closely aligned with the planet Mars (Graham Hancock has written books about this). This explains why "Cairo" is an ancient Arabic name for "Mars". This explains the "Reddening Controversy" of Sirius, that is, why all ancient authors (prior to say, 300 BC) identify "Sirius" as being a deeply red-colored star, rather than the white star we currently call by that label.

I bring this up not only to clarify the misconception that the Egyptians were "Sun worshipers", but also because if your readers follow this thread of thought (which if far more deep and involved than can be done justice on a single blog response), they will begin to unravel for themselves the keys to the ancient Egyptian temple science, and those keys in turn will prove essential, I feel, to stopping or overturning or at least frustrating the pending scientific dictatorship we're moving into.

Humankind has a right to know what their history and origin is, or else they cannot make informed decisions on what their future should hold for them.

John Ackerman has done absolutely breakthrough work in this field over at http://www.firmament-chaos.com/. It's well worth a closer look.

The well known historian Webster Tarpley wrote his doctorate on the Venice oligarchical system and have a deep understanding of Venice and it's impact in world history. In September 1995 he made a speech to a Schiller Institute Conference with the title, "How The Dead Souls of Venice Corrupted Science".

Link for the article: "How The Dead Souls of Venice Corrupted Science"
http://tarpley.net/online-books/against-oligarchy/how-the-dead-souls-of-venice-corrupted-science/

Address by Gerald Rose's of "How The Venetians Took Over England and Created Freemasonry", also at a Schiller Institute Conference (Sept., 1993:
http://american_almanac.tripod.com/venfreem.htm

It seems that science is their God, at the top of society. Lucifer was the lightbringer, the most brilliant of all angels, the "pure intellect". Cain, Hiram Abiff, Solomon, Hermes Trimagistus, all allegorical figures worshiped and revered by the Masonic Lodge ( and similar occult sects ) were "scientists, masters of the Craft". Even the dialectic between Religion and Science ( a stigma for centuries ), tthe sons of "Seth" and "Cain", was controlled by the brothers youtube.com/watch?v=dvUNRekfEE8 .

It seems that Darwin's family was pushing this theory before him, but it didn't pick up with the British people, so he had the Royal Society build him up for some time to make him a superstar even before he released the Holy Book ( Origin of Species ). Royal Society was home to many high cabalists and con men, like Isaac Newton, whose "treasure box", acquired and opened by John M. Keynes, contained nothing more than esoteric babble. I think the theories put up by these Superstar Scientists throughout the ages are all given to them, by a much higher element that actually holds knowledge. The idea that all knowledge is imparted through Universities that "anyone can access" is baloney, given, for example, all the military research ( completely hidden in the name of National Security). Some higher elements in Academia also seem to be able to do very bizarre "research", as in the case, among many, of Alfred Kinsey, who supposedly drew data from molesters and criminals, etc, etc.
Only fools would trust the Knowledge Establishment.
youtube.com/watch?v=-XrblvKuxx8