"Furries" a Stepping Stone to Bestiality? 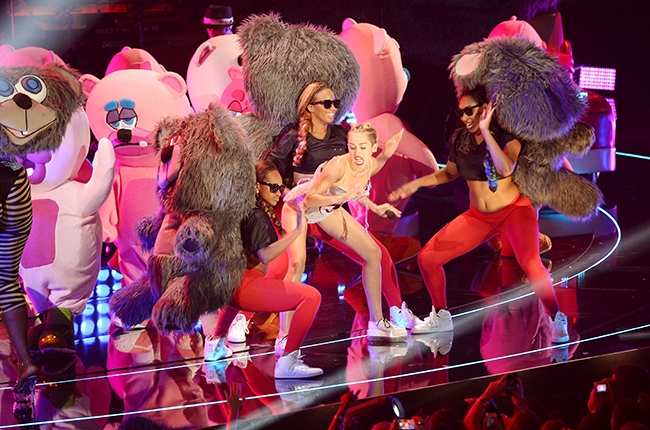 Left, Mylie Cyrus introduces Furries to mainstream culture. When does twerking
become yiffing, and yiffing become bestiality?
PLUMBING NEW DEPTHS OF HUMAN DEPRAVITY
"Furries" are people who dress up as animals.
Many have sex in costume.
At some colleges in America, students are actually allowed
to attend classes dressed as animals.
by Don
(henrymakow.com)
This Christmas, we had a guest, a relative who had been attending Augsberg College in Minneapolis. At dinner, she recounted a disturbing college experience.
Somehow she had been placed in a "Lesbian, Gay, Bisexual, Transsexual, Questioning, Other" - dormitory with genderless showers and toilet stalls without locks. Needless to say she was upset and had to endure two weeks at the dorm before being moved.
One group in particular disturbed her. Illustrated with photos from her phone, she told us about students who dressed up as animals. Not only in the dorm but also while attending class. Some of these students dressed in full dog costumes, slept on dog beds, and ate their meals on the floor from dog dishes. 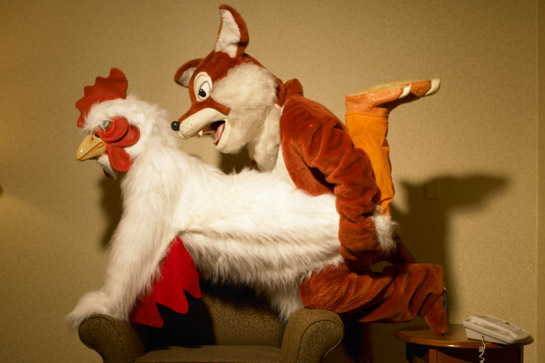 They also wore dog collars with bone medallions around their necks to identify themselves when out of costume. Although she did not go into detail, some of these students also engage in deviant sexual behavior called "yiffing."
When she tried to explain the situation to family back home, her grandmother told her not to be concerned because it was probably something related to the school's team mascot.
BACKGROUND
This was all new to me so I decided to research it. Using Google and images I was able to find labels to name this phenomenon.
The people living in the dorm belonged to the Furries or Furry community. The costumes they wore are anthropomorphic animals which are animals with human characteristics.
Furry fandom includes a range of people such as artists and costume designers, and people who live a furry lifestyle and wear fursuits.
The Furry Community also attracts people who have furry or animal related fetishes and are looking for avenues to express their sexual fantasies without condemnation. Unfortunately for the artistic types the sexual deviants within the furry population are getting the limelight. 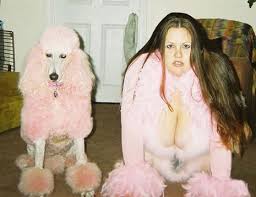 No doubt, it is a small step from having sex dressed as an animal, to having sex with real animals.
Living a furry lifestyle requires a fursuit. Unless a person has the skills to make their own fursuit they will have to buy one. Fursuits can easily cost thousands of dollars for off the shelf models and even more for custom designs. Some suits have cooling fans and other modifications to provide "creature comforts" for the wearer.
The furry lifestyle is considered an alternate lifestyle and they have support groups and special housing at some colleges. They are even allowed to wear fursuits in the classroom. Some furries consider themselves to be male or female, whereas others are asexual.
Some furries engage in "yiffing" which is mostly simulated sex while wearing fursuits according to www.urbandictionary.com . Other furries actually engage in real sex while  wearing fursuits.
Anyone who doubts this only needs to type "fursuit f**king" in Google or another search engine and look at the images. I would not be the least surprised if there are some furries involved in Satanism that engage in even more deviant sexual activities. Satanism is based on the assumption that people are nothing but animals. 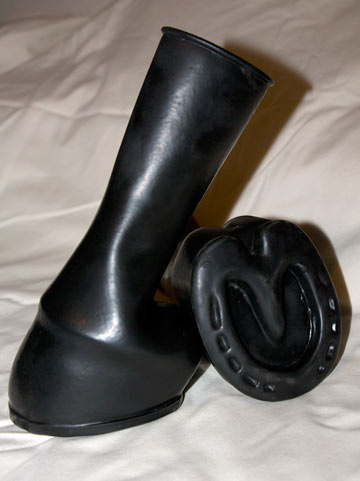 Closely related to the furry phenomenon is animal role playing   and pony play which is a variation on sadomasochism, bondage and discipline.  Although some tribal societies practiced animal role playing in ceremony and dance, modern day practitioners do it more for erotic and sexual fetish purposes. Animal role playing and pony play  devotees seem to be older than those who live the furry lifestyle. Their costumes do not cover the body as much and are more bondage and discipline oriented. Many groups such as the Los Angeles Pony and Critter Club have websites and planned activities and participate in parades and other events such as fox hunts and agility contests.
Not surprisingly there is a shadow industry that supplies the props and tack for the pony players such as bridles and halters and also hoof boots. You can also get reviews of these props and equipment prior to purchase. 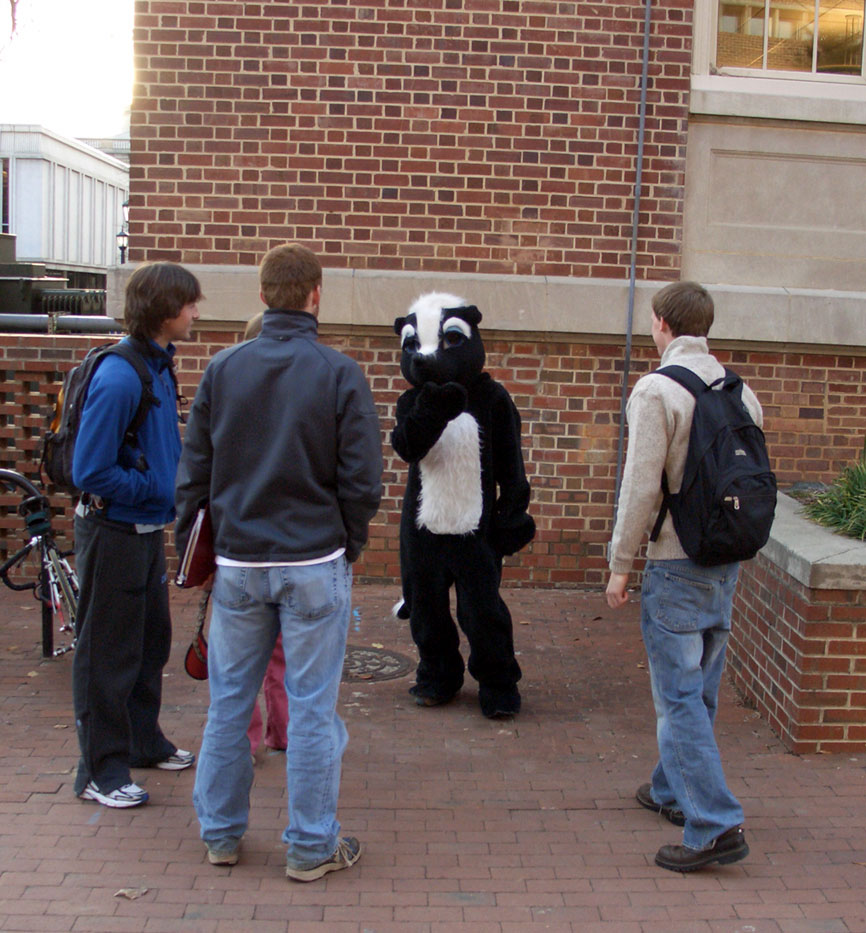 The question arises, will these people be treated as a minority with special "furry" rights of their own? Will they need to be protected from persecution? Are people who don't accept them intolerant "furryphobes"? Will they need their own dorms and bathrooms?
Related -
"Pony Play" actually featured in Nat Geo Video
Pony play accessories
Pony Porn  (Warning- This is graphic & extremely disgusting. Illustrates sexual animal fantasies. For people who can't make the grade as humans.)
First Comment from Dan:
Seeing this I Google "furries" on Youtube and sure enough, there's a plethora of fat geeks talking about their 'preference' in all the familiar terms worked out for homosexuality.  It's a legal boilerplate.
I've studied the history of human deviations and this bizarre self-identification  with cartoon animals and orgiastic sex seems this is a 20th century innovation.  Now we have the music and media machine mainstreaming things that never occurred to humanity in a million years.
There's just something VERY 'Disney' about this whole 'furry' thing.   Who streamed these memes into the culture in the first place?   Disney studios anthropomorphic animals saturated cinema screens for decades in full length feature films of talking animals being intimate friends with humans, the animals themselves being shown having lurid romantic love affairs, with embraces and mouth kissing, and sexual innuendo.  Disney animals always used a LOT of subtle sexual body language.  People have noticed this really becomes obvious when you look at Disney animal movies with the sound off.
Look at this 2 day old sound byte;
"Miley Cyrus says after Disney, it was time to be herself."   What a joke!  Maybe her contract says RCA now, but Disney's just the incubator for the same old  metamorphosis from innocent little girl next door to the next Whore of Babylon role model for 60 years (at least).
Notice that the 'furry thing' isn't being sold as a 'one on one' kind of kink.  The setting is always orgiastic.  There's a reason for it.  Costumed public parties like Mardis Gras and Festivals conceal identity,  thus lowering inhibition.   Add dope and booze, and it's a 'lost weekend'.   Miley told Yahoo 2 days ago "If you want to smoke weed, you're going to smoke weed, there's nothing that two little girls are going to get you to do that you don't want to do."
Disney Furries
Sorry to say generations of parents since the Mickey Mouse Club of the 1950's - SIXTY YEARS - they never learn.  They let their daughters watch the shows of both the latest child stars, but also the latest music videos of Disney post-graduates like Miley Cyrus.
---

Comments for ""Furries" a Stepping Stone to Bestiality? "

In response to the prophetess below, I seriously doubt that God approves of this perverse foolishness. An examination of Gods revealed policy for any sexuality other than between a married man and woman who are not closely related is that such offenders are liable to the death penalty.

In the light of this people like Miley Cyrus and Lady Gaga and their ilk are clearly out of line. If we had God fearing instead of Satan serving religious and political institutions people like Miss Cyrus would no longer be around to lead society astray with their perverse activities. For them it would be game over, end of story!

Stanley Kubrick blew the whistle on the Satanic cult behind all this in his classic 1980 horror film The Shining. The film has a subliminal bear motif which seems to allude to pedophilic activity involving the little boy Danny. If anyone thinks all of this too far out, just Google in "Pedobear" and see what comes up. Kubrick went all the way in his 1999 film Eyes Wide Shut and laid it all right out in the open: The world is run by a cabal of Satanic psychopaths. Although it will probably never be proven, he was most likely killed as retribution for going too far in that film.

Check out this good YouTube video analyzing the subliminal bear motif in The Shining: "Bears in The Shining - Film Analysis" - http://youtu.be/5i_G_IRrQrI