"Inside Llewyn Davis" - Artist in a Philistine World

Film provides a rare lesson.
Virtue is its own reward.


By Henry Makow Ph.D.
This movie depicts a few days in the life of a struggling folk singer in 1960's Greenwich Village.
For 90 minutes, I was in a time capsule. I was "Inside Llewyn Davis" and I liked it there. Some reviewers describe him as cold but I disagree.  He is an artist in a Philistine world. One scene epitomizes it. He hitches to Chicago in mid winter for an audition with Albert Grossman. He pours his heart into a beautiful melody, only to be told, "I don't see the money." 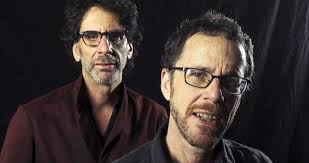 Writer & Directors, the Joel and Ethan Coen (left) lend a Fellini-like quality to the  people Davis encounters.
As with their film "A Serious Man," they are  John Audubons of 1960's-era Jews, and goyim too.  This probably is why they got no major Oscar nominations.
Like their protagonist, the Coen's didn't compromise.  Although a critical success, the film has only made $11 million so far.

A steaming turd like "The Wolf of Wall Street"  has earned $92 million and got Oscar nominations for Actor, Director and Best Picture.  In a society run by coprophiliacs, this stands to reason.
Llewyn Davis is played by a beautiful and talented actor Oscar Isaac. His character is ambiguous ethnically. His sister and some friends are Jewish but his father was a merchant seaman, not a Jewish occupation. The fact that Dave Van Ronk's autobiography  "The Mayor of McDougal Street" provided inspiration for the screenplay may explain this ambiguity.
The movie is a meditation. You are in the moment, as when Davis awakes to the sound of a rocking chair and someone eating cornflakes.

Inside Llewyn Davis depicts the fate of beauty in a coarse, brutalized society. The protagonist has nothing but his music and his integrity. He refuses to compromise.

He made me feel that we define ourselves by what we do when no one is looking, when no one can learn what we did. For example, he sang a heartrending song for his dying father who is suffering from dementia. It is unclear how his father was affected by it, except to release his bladder.
Virtue is its own reward. There is no happy ending.

In the final scene, we see the young Bob Dylan performing. Somehow, Dylan knew how to compromise.
ON A DIFFERENT NOTE

(Left, Phil Ochs)
I am nostalgic about the six decades that have defined my life.  I was extremely idealistic as a youth. In the early 1960's, "protest folk singer" Phil Ochs' music was my idol.

In 1964, a friend and I hitchhiked to New York and went to a coffee house where Ochs was playing. We shelled out a lot of money but Ochs only played four or five songs.
I was outraged that my beacon of truth would rip me off. I confronted Ochs afterward in the crowd.  But instead of saying how I felt, I blurted out, " Why are you playing at a crummy joint like this?"
The coffee house was no worse than any other but Ochs obliged me by saying he was doing the owner a favor.
The sixties were a time when my generation thought we could live up to a higher standard and make the world a better place. We had no idea how naive and manipulated we were.
Returning late at night to my aunt's apartment in Brooklyn, someone threw an empty coke bottle at us from a very high balcony. It smashed to pieces on the sidewalk, narrowly missing our heads.
We laughed hysterically, uncontrollably.

Comments for ""Inside Llewyn Davis" - Artist in a Philistine World "

Just saw the film Inside Llewyn Davis. . . Barf!! It was so bad. Completely missed the tone of that time-and-place back east. Humorless, joyless, visionless, self-absorbed, negative, dull, dreary. Even the cinematography was ugly and without imagination or esthetic. No signs of the passion and creativity that spread like a wildfire in The Village in the late sixties. No sense of the exceptional song-writing that surfaced during that period.

No sense of challenging the status-quo or offering a better or innovative way; only a guy intent on getting a gig, and a selfish guy at that. I would NEVER buy his (less than mediocre) record!! And not one genuine relationship in the mix. Just put-downs and rejections of each other. Yeah, like all of us he had some hardships, but he spit on those who offered any genuine help or kindness.

This is a mega Coen brothers fail, much like Merly Streep's last movie, August: Osage County. Both were empty offerings seemingly intent on making us (humans) look isolated and incapable, like disempowered victims. Maybe these film-makers were trying to depict a struggling segment of society at its wits end trying to find its place in the world, but no offering came in terms of solution or breakthrough. Nothing. Just a dystopic, egomaniacal tromp through a hostile world. All this in spite of the fact that there have been Oscar whispers about both these movies. I fully hated them both!! Those Oscar whispers exploited me and got me to buy a ticket. They took my time, money, and energy and gave back only a void of ugliness.

Well, just had to tell somebody. Grrrrrrr................... And one positive note. . . I come away from productions like this saying to myself: Those people make us look good. I mean in comparison to them we are on our feet in terms of being wholesome and decent. Nobody's perfect but we are so much better than what a certain segment of Hollywood would have us believe. Up the human!! Were it not for him and her we wouldn't even be here.

I love that about the "steaming turd" called The Wolf of Wall St.

Henry, your readers and commenters are so above average!

I am afraid now to see Llewelyn. I would just disintegrate? I'll try to bear it for the sake of truth and beauty.

Concerning the name Llewelyn, it is Welsh like "Dylan". A comment on another Welsh guy who did NOT compromise?

Yes Helena,[below] we were sedated with psychedelic drugs and successfully "duped" into abandoning our heritage, religion, and self respect.

I am 60 myself and I hear you loud and clear.
TURN ON, TUNE IN, AND TUNE OUT was the mantra.
I myself was caught up in that "big lie" for a while but never totally.

It was just a way to get temporary relief from life's cold realities through drugs, music, and "free love".

I was more of a culprit in that movement than a victim.

I'm ashamed to admit that, but, I now believe that salvation can only be achieved through honest self reflection.

Thank you for the heads up. You know good movies, especially recent ones that defy the current narrative.

I've seen many movies from the 1960s, and, being born in 1970, I like a lot of the music made during the era, and it would seem a great time to be young and alive, but I see now that it has been heavily romanticized and cleaned up.

I watched "Zabriskie Point" the other night, and it's a great place to start if you want to know how communism got started in earnest in America. The funny thing, is that isn't the point of the film, which is Antonioni being impressionistic about rebellious youth. It could be set in the 1950s and have a coffeehouse beatnik atmosphere, but instead it begins in a classroom with Black Panthers and white college "revolutionaries" discussing the "revolution" in purely commie terms. After being arrested, one kid gives the jailer his name a Karl Marx, which gets typed in as "Carl" by the un-hip corrections officer.

The opening scene in the college classroom does not appear to be scripted. The conversation and appearance of the students appear very real. There are a lot of better known films of the era that are said to definitive, but I suggest people hunt "Zabriskie Point" down. It's on youtube, but incomplete. Get the DVD if possible.

I am 60. Even in small town Ontario the hip place to be was in despair and, now I see, self hatred. And I was.

Music was one of the vehicles that carried that melody- Leonard Cohen, Dylan, Neil Young, even Gordon LIghtfoot- all transported me into a nihilistic funk, rejecting the Catholic worldview I had been raised in.

And what followed were many years kneeling at the altar of “...what and how much can I get away with” Many of you know what that looked like and the toll to the spirit. I don’t blame myself-- the puppet masters plan worked.

I thank God He is allowing me to overcome the ensnarement of the devil (what else would one call it?) gradually since the age of 50.

Earlier this month, in the so-called Honor the Treaties tour, Neil Young, in his useful idiot role, bought and paid for by the Tides Foundation of San Fransisco, disgusted me enough that I will throw away his CD’s.

I’m throwing away the rest too. Enough homage paid to the culture of death and mayhem and despair. Sad to say, I raised my children with my eyes sealed shut to the Truth of Jesus Christ, my Lord and Savior and to the truth of my goodness. What wreckage to look back upon and what a horrible legacy to entrust the future to.

I enjoy your essays and commentary, Henry. Keep exposing the problem. Thanks so much.

Liked your review of the movie. I wasn't even aware of it, not having seen any other reviews.

Like yourself, I'd especially like to see it because I moved to NYC in 1959, lived in Williamsburg for a year and then moved to the Village (where I lived during the 60s).

I liked Dave Van Ronk a lot (especially "Tell Old Bill," a song that's hard to find a recoding of anymore). And you must be right about the Coen brothers; they used to be Oscar favorites, so they must be doing things now that displease their former patrons.

The "Llewyn" movie sounds like a personal statement by them about integrity.