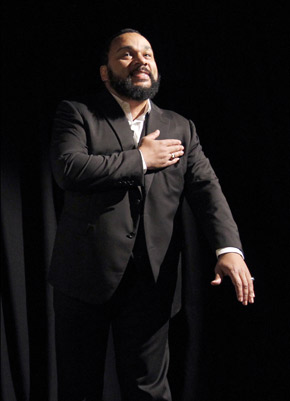 (Left. Dieudonne makes the resistance gesture "the quenelle" that is sweeping France.)


There is nothing the Illuminati hate more
than a grassroots movement they didn't originate.
French comedian Dieudonne ("God given")
has spoken truth to power and power doesn't like it.

"Power addicts want to be feared; they can't handle being mocked."

"THERE IS NOTHING MORE DANGEROUS THAN PERSONAL INITIATIVE: if it has genius behind it, such initiative can do more than can be done by millions of people among whom we have sown discord. " Protocols of Zion, 5


by a French Correspondent

I don't know if you are aware of the French humourist Dieudonné. He is the number one enemy of French Zionist Jews.
They didn't appreciate a sketch he did a few years ago about extremist Zionist Jews in Israel. He did this for one reason. He wanted to make a movie about the slave trade and ask for a financing for his movie but the only answer they gave him was that it's not a movie subject. 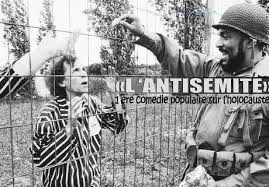 (Left, Dieudonne has refused to worship at Holocaust shrine)

As you know France and Jews were fully involved in this dirty business so they didn't let him do his movie. He asked then " Why can't i film one movie about this when there is dozens of shoah movies ?" They told him to "stop complaining and trying to compete with the shoah".
Then he did a sketch on TV that pissed them off. He was insulted on all TV shows, newspapers, radio. They said he's antisemitic.
This was the beginning of an epic struggle between one clever man and the whole Zionist system. They sent Mossad Israelis to beat him. As a martial artist, he neutralized them after they attacked him from behind and they were jailed for only one month.
The Jewish defense league and Betar (violent Jewish extremist associations) came to one of his show and threatened him, and threw acid on the face of a little Arabic girl. The Media said someone threw an "irritating product" in the eye of a spectator.
Then he began to fight back, his shows were funnier and funnier. He put the Zionists in plain sight. Even those who didn't care about Israel, Zionism, etc became aware. 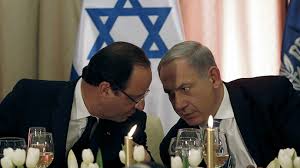 The more they hated him and trash-talked about him in the media, the more his theater was packed. He began to have fans come to all his trials (because he had a lot of them) just to protect him from the Jewish defense league fanatics, who were yelling behind police, afraid of the mass of Dieudonné's protectors.
He progressively became a kind of hero here. He tells truth about our government and trash talks the Zionists in a so hilarious a way that he has become the number one humourist in France. And power addicts want to be feared; they can't handle to be mocked.
He's gone to Iran because the Zionists French media demonize this country; he speak for Palestinians; he invited on his comic show Mr Faurisson, an old historian who studied the world war two and kind of proved that  gas chambers were a hoax built by "allies". This historian was almost beaten to death by extremist Jews during the 80's and banned by every media and book editors.
He did everything that Zionist Jews hate.
Now the French president François Hollande received orders during the "diner du CRIF" the equivalent of AIPAC, and he charged the Prime Minister Manuel Valls (who said he's linked forever to Israel by his wife) to break Dieudonné and make him shut up. 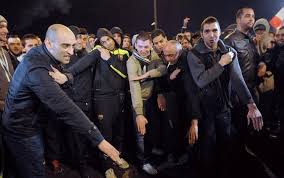 (left. The "quenelle" - French "anti-system" salutes has caught on.)

Why ? Because some military, policemen, and anonymous people are doing the "Quenelle" while being photographed even in front of synagogue. The quenelle is the Dieudonné signature equivalent to "up yours" and he uses it almost only about Zionists.
This gesture became an anti-system move and  a lot of people were photographed with Zionist politicians or presstitutes doing it.
Zionist became crazy (as if they can be more crazy than they are lol) and French PM Manuel Valls has tried try his best to stop the right of Dieudonné to work. He said that he'll find the legal way to stop him. Then medias began to make the buzz about how much Dieudonné disrupts the order and peace in France.
And as an "anti-system" move is considered anti-Semitic, French people began to question how much Jews are linked to this system.

They made a Zionist Bernard Stirn (left) head of the Conseil d'Etat (state council) and he decided alone and by night (all the other members were absent) that the Dieudonné's show " le mur" (the wall) must be cancelled.
Everybody thinks they're gonna kill Dieudonne. They've shown the real face of power in France. It's too late. People here talk about revolution. Zionist politicians are putting in place the criminalization of speech against zionist on internet.
Voltaire told : If you want to know who leads the country just watch those you can't criticize.
We've seen now. 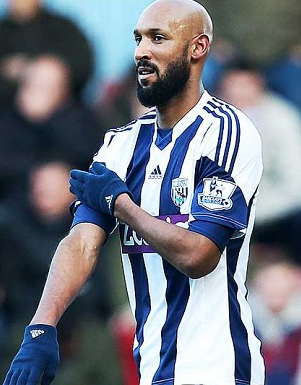 Note:   Illuminati and Illuminati 2 are now both available in French-language translations.
I do not share the sentiments regarding holocaust denial expressed here.

First Comment from David:
My understanding of the affair is that Zionist power had to put an end to someone that became so unanimously popular... because a growing faction of French Jews themselves are fed up with the aggressive all controlling Zionist power in the country. These people are highly educated and they are supporting Dieudonne not only in the name of freedom of speech, but also because they have no intention to move to Israel and are happy to live in France, while becoming more and more critical about Israeli policy...
I believe these jews are a threat to the zionist control of thought, because they dare to speak out and confront other jews on the matter, arguing that they are being put in danger and are feeling targeted because of bi-national Israeli behavior in the media. To me, that looks like the old Herzl tactic of creating antisemitism, just to keep all the Jews under control... what do you think?
The truth is that this stand-up comic never advocated violence against Jews as a people or religious group, his point was to laugh about the all-powerful lobby of CRIF, LICRA and all the other Zionist controlled factions monopolizing public debate over just about anything. And the way he did it is truly witty and funny... What makes Zionists lobby outraged is that Jews are laughing while attending Dieudonné shows!! Jews are not allowed to escape from Zionist trail...
The sole judge of the State Council that delivered the ban on Dieudonne's shows everywhere in France is... Bernard Stirn, the great-nephew of Alfred Dreyfus...!!! History always repeat itself, hopefully this time, there will be some truth shining...
To sums up, Roger Cukierman the former president of CRIF, who was seen on every television set bashing Dieudonné, used to be the CEO of Edmond the Rothschild Group... Just in case there is any doubt about WHO is pulling the strings...
French Jews Opposed to Zionist Lobby

Comments for "Rejection of Zionist Hegemony Goes Viral in France "

The writer could be controlled opposition.

He claims: "Racism was invented by Abraham". Total nonsense, as Abraham was no Jew,
there is no quote from him in the Bible that makes him a racist, and today's Jews are neither his provable children in the flesh, nor in his spirit.

"Dieudonné" interestingly supports the rabbinical view, that today's Jews are the descendants of Abraham, and a "race"! (Otherwise he would not be called a "racist")

He is an example of how a grassroots movement is taken over by a prominent figure, and then mislead into a mixture of truths and lies, where the genuine original motives are being diverted into racism.

"The biggest crooks on the planet are all Jews". Another nonsensical falsehood, which discredits all anti-zionists as racists.

That article further says: "The more they hated him and trash-talked about him in the media, the more his theater was packed."

In fact, the media's tactic is to ignore and silence any opposition, as if they were not there, not promoting them by including them into their Hegelian dialectic and dualism.

In response to this article maybe you should also check out the comic katt williams they have already begun trying to destroy this man for telling the truth and not backing down from them.

if you watch all his stand up shows when he first began he was clowning the lies told the people over the years by the Illuminati Jews as i call them.. but as time goes on you can see the change and he begins letting out more and more and the more he tells, the more they go after him..

I think the traditional French "up yours" is sufficient to express French resentment. The half-African comic's gesture mocks the ol' Nazi stiff arm salute by pointing down instead of up. I think somebody is actually mocking the impotence and end of Europeans in Europe.

During WWII the Maquis (la Résistance "the French Resistance"), were several hundred thousand heroic men and women who risked their lives in sabotage and guerrilla warfare against the Nazi occupation and Vichy collaborators. The government of northern France served a foreign interest then, just as now, only then it was Hitler. Did the Maquis fight the Gestapo with silly gestures?

They would be spinning in their graves to see the brilliant results of their sacrifice.

There is an "awakening" going on in Western Europe and America.

These people finally know who their real "masters" are and have been for a long time.
The "Order of Illuminati Jews" had done a very good job in making the European Christian and WASP American the culprit for all that was wrong with the world.

A lot of Illuminati Jews for many years even changed their names to Anglo ones to dupe the "goyim". It worked so very well for so many years.
But now they really don't have to play that game anymore because of their influence.

They have become highly transparent and the shepple might finally be "getting it". Let's hope so.

However, I can't hold the "goyim" totally guiltless in this equation. So many of them really don't care if the Jew is ruling them as long as they are well fed and prosperous.
The Americans especially have had a pretty good run with Jews.

They love to complain about the Federal Reserve but actually they have lived very affluently from it for so many years. It gave them the strongest dollar in the world. There are so many Americans that have prospered from this system of debt.

I do admire the "truthers" like this French comic as well as Nick Griffin of England and the great Brother Nathaniel Kapner right here in America. They are our hope for a better world.

Illuminati Jews couldn't do it without the treason of the Freemasons yet few focus on them.