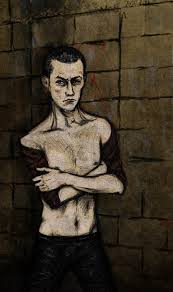 In 2001 while serving time for perjury at London's Belmarsh Prison, MP and novelist Jeffrey Archer
met "Fletch" 38, who had murdered one of his pedophile tormenters. Fletch describes how his
so-called guardians sexually abused him. He couldn't complain to authorities - they were all in on it.
A woman who murders an abusive husband is exonerated. Apparently this principle doesn't apply
to children victimized by pedophiles.

"X controlled me for about six months, bringing to the flat judges, schoolmasters, police officers, politicians and other upstanding citizens who are the back-bone of our country (I can tell you of birthmarks, wounds and peculiarities for almost every one of these men)."


This should be read in conjunction with "Satanist Pedophiles Rule Britain"


The truth is that I had no idea that what I was experiencing wasn't the norm. Wasn't every child going through this? My childhood ended at the age of nine when I was sent to a home.

Overnight I became a plaything for those who were employed to care for me, those in power. They even managed to secure a "place of safety order" from a court so I couldn't be moved and they could carry on abusing me.

During the 1970s, corporal punishment was common in children's homes. For some of the staff, it was simply the way they got their kicks. First they caned little boys until they screamed, and then they buggered us until we were senseless; not until then did they stop. Nine other children from that home can confirm this statement; two are married with children of their own, two are gay, five are in jail.

Two of the five in jail are serving life sentences for murder.

After a time, the abuse becomes a form of love and affection, because if you didn't want to be caned, or belted with a strap, you give in and quickly accept the alternative, sexual abuse. By the age of twelve, I knew more about perversion and violence than any one of you reading this have ever read about, or even seen in films, let alone experienced.

By the age of twelve, I had been abused by the staff at my home in-, local social workers, care staff and a probation officer. All of these professions attract pedophiles, and although they are in the minority (20%), they are well aware of each other, and they network together, and most frightening of all, they protect each other.

I know a child who was articulate enough by the age of fourteen to tell the authorities what he was being put through, so they just moved him around the country from home to home before anyone could begin an investigation, while other pedophiles carried on abusing him.

ENTRAPMENT
At the age of thirteen I ran away and made my way to  A.  It was there that I first met a man called X, who offered me somewhere to sleep. That night he got me drunk, not too difficult when you're only thirteen. He raped me, and after that began renting me out to like-minded men. Whenever you read in the tabloid press about rent boys for sale, don't assume that they do it by choice, or even that they're paid. They are often locked up, and controlled like any other prostitute, and have little or no say in what happens to their life.

X controlled me for about six months, bringing to the flat judges, schoolmasters, police officers, politicians and other upstanding citizens who are the back-bone of our country (I can tell you of birthmarks, wounds and peculiarities for almost every one of these men).

One night in the West End when I was still thirteen, I was arrested by the police while X was trying to sell me to a customer. I was collected from the nick by a social worker, who took me to a children's home in- B. The home was run by a magistrate, Y. For the next fourteen days, [he] buggered me night and day before issuing a court order that I should be returned to [my original children's home], where it was back to caning and systematic abuse.

After a couple of months, I was transferred to-, a hospital for emotionally disturbed children. Once again, the staff abused me and this time they had a more effective weapon than caning. They threatened to apply EST, electric shock treatment should I try to resist. I ran away again, returning to A, and have lived there ever since. I was only fourteen at the time, and X soon caught up with me. This time he installed me in the flat of a friend where seven or eight men would bugger me on a daily basis. One or two liked to whip me with a belt, while others punched me, this could be before, during or after having sex. When they eventually stopped, they occasionally left a small present (money or gift) on my pillow. This wasn't much use, because I never got out of the flat, unless I was accompanied by X.

TOO OLD AT 18
By the age of eighteen, I no longer served any purpose for these men, so I was thrown out onto the street and left to fend for myself. That was when I committed my first crime. Burglary of a department store, Lillywhites. I was arrested and sent to Borstal for six months. When I was released, I continued with a life of crime, I wasn't exactly trained for anything else.

By now I was six foot one and weighed 190 pounds, so didn't find it difficult to get a job in security, which is so often on the fringes of crime.

In 1980, at the age of eighteen, I met my future wife, who had no idea what my real job was, or that for twelve years I had been sexually abused. During the next five years, we had two sons, and twelve years later in 1997, we decided to get married.

I was already earning a good living as a criminal, and everything went well until I was arrested in 1997 for DSS fraud. I had been making false claims in several names for several years, to the tune of GBP2.8 million, for which I received a three year sentence, which caused my marriage to be put off.

During my time in jail, I began by letter and telephone, to let my wife know that I had for sometime been involved in a life of crime. But it wasn't until I was released that I revealed to her any details of the sexual abuse I had been put through. Her reaction was immediate and hostile. She was disgusted, and reviled, and said she couldn't understand why I hadn't reported these men to the authorities. What authorities were there for me to report to? 'I was only nine years old when it all began. After all it was the authorities who were buggering me,' I told her, 'and by the age of eighteen, when I was no longer of any use to them, they threw me out onto the streets'

She couldn't come to terms with it So I was rejected once again, and this time it was by someone I cared for, which made it far worse. She described me as a filthy person, who allowed dirty old men to rape me, because I wanted love and affection. There was no way I could begin to make her understand.

By being open and honest, I had lost the one person I truly loved. My life had been ruined by these evil men, and now they had even robbed me of my wife and two children.

REVENGE
All I now wanted was to kill the five monsters who were responsible, and then die in the hands of the police.

There were five pedophiles who had taken away my life, so I planned to take away theirs. I quickly discovered that two of them had already died, so there were only three left for me to deal with. Their names were X, Y and Z.

I carefully planned how I would kill them, and then later die in the hands of the police

I drove down to-and kidnapped X and brought him back to-, leaving him at my flat with three friends, who agreed to guard him while I returned to the coast to pick up Y. I then planned to go onto-and collect Z and bring them both back to-.

I arrived back in-at one-thirty in the afternoon, when Y's next door neighbor told me that I had just missed him. I phoned-to warn them that I would be late, because I couldn't risk grabbing him in broad daylight. It was then that they told me the news. They had already killed X.

I was enraged. I've always been a cold person emotionally, but I cried on the journey back to London, because I had wanted to kill X myself. I had needed to cleanse myself of these three evil men, and all I had now was a dead body on my hands and three terrified associates.

I drove back to-, breaking the speed limit most of the way. On arrival, I cleaned all the finger-prints from my flat and told the others that I would deal with Y  and Z in my own way. That was when the police burst in; twenty-four armed officers pinned the three of us to the ground, handcuffed and arrested me.

I discovered later that X had already phoned the police and told them he feared for his life. I gave my solicitor all the details, and he said that because I was in Hastings at the time of X's death, they wouldn't charge me with murder, but they could charge me with conspiracy to murder. They charged me with murder, and I was sentenced to a minimum of twenty-two years.

Yes, I am doing a twenty-two year sentence for a crime I didn't commit. I only wish I had, and I also wish I had killed Y and Z at the same time.

Related:
Same story in Sydney Australia.   Salvation Army Rented out Boys to Pedophiles
-- Boston MK-Ultra Programming and Sex Exploitation of Children
-- LINK TO MP3 PODCAST INTERVIEW OF VICTIM OF SATANIC RITUAL ABUSE  (017)
First Comment from Stephen Coleman:
I dealt with a client that went through a similar situation.  Fletch's story is played out all over this nation.
"Dave's" story is about Boy's Town,  being tortured and sexually molested from ages 4 to 13  by a Satanic clergyman and several of his KKK colleagues. He managed to run away and ended up living on the streets. He was taken in by kindly strangers that loved and cared for him.
Earning himself a blackbelt in the martial arts, he returned to Nebraska at the age of 24 with the intent to beat the clergyman to death.  The man had already died and saved Dave from life in prison.
Years later, he was falsely charged with raping his 12-year-old daughter.  The girl repeatedly said it was not her father; it was another Dave that lives next door. This next door Dave was nephew of the District Attorney.  Poor Dave is still in prison and his daughter's pleas are being ignored.
When i was 18-years-old, I was hitch-hiking and was picked up by a man that claimed he worked for Boy's Town of Missouri.  He had his hands all over me and was threatening to dump me off in a ditch somewhere.  I was about to grab his steering wheel and go head on into a semi-truck.  But then he stopped and let me off and that was the end of my hitch-hiking days.
http://new-holistic-medicine.com