Are Capitalism and Communism Becoming One? 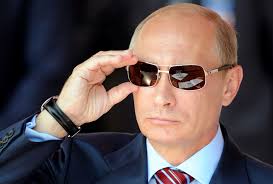 (left, Critics estimate Putin's personal stake in Gazprom and
other corporations is worth $70 billion.)

Are we witnessing a dialectic whereby Communism and Capitalism
are being "comfortably merged?"
Is the snake shedding its skin and revealing
its true character, private monopoly capitalism fronted by the State?

This is part two of  Do Americans Face a Red Terror?


Could Americans experience a modernized Red Terror? Though America would never have accepted outright communist revolution, it is now adopting measures accurately termed socialism. The Illuminati are employing a timeworn principle: To boil a frog, don't toss him in boiling water - he'll jump out. Instead, put him in lukewarm water and gradually raise the heat; the frog never realizes he's been boiled. This slow warming is "Fabian socialism" (gradual communism).

â€¢ In communist states, religion was abolished. This was impossible in America, so the Illuminati had Supreme Court Freemasons (whose Masonic oaths transcended their oaths to uphold the Constitution) destroy religious freedom by degrees - banning school prayer, outlawing Ten Commandments displays, etc. 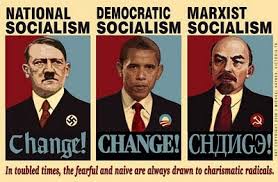 â€¢ Whereas communists seize the economy, socialism does it gradually, confiscating income through rising taxes, while burdening businesses with mounting regulations. Whenever government usurps another sector of life - be it learning (Education Department) or health (Obamacare) we draw nearer to communism. Socialism's end result is IDENTICAL to communism, but achieved over decades.

This fulfills the famous revelation Ford Foundation President Rowan Gaither made to Congressional investigator Norman Dodd: that Establishment foundations planned "to alter life in the United States, that it can be comfortably merged with the Soviet Union."

However, this had a corollary. East-West merger required communist states to temporarily abandon hard-line communism and adopt moderate socialism with democratic trappings. I consider this the purpose of Gorbachev introducing glasnost in 1989. The ending of Orwell's Animal Farm, where the pigs and farmers became indistinguishable, is being played out.

Communist genocide was not confined to Russia. Under Mao Tse-tung, China's death toll rose above 60 million; Pol Pot eliminated nearly one-third of Cambodians in the 1970s. Yet suddenly, in the 1990s, worldwide communism put on a smiley.  It made no sense; totalitarians do not voluntarily yield power. 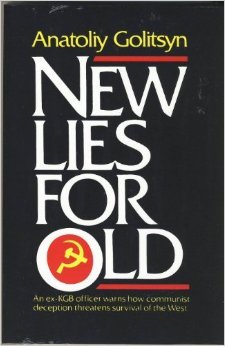 Glasnost's meaning was disclosed by Anatoly Golitsyn, highest-ranking KGB officer to defect during the Cold War (Alfred Hitchcock dramatized his escape in Topaz). In Golitsyn's 1984 book New Lies for Old, he revealed the groundbreaking strategy the KGB disclosed to him. His book predicted: Yuri Andropov's replacement by "a younger leader with a more liberal image" [Gorbachev]; democratic liberalization throughout the Eastern bloc; the Berlin Wall's fall and reunion of East and West Germany. Golitsyn's book made 148 predictions; by 1993, 139 were fulfilled. Though a political prophet, the media ignored him.

Golitsyn warned the changes were a TEMPORARY DECEPTION. In the end, he wrote, "all the totalitarian features familiar from the early stages of the Soviet revolution and the postwar Stalinist years in Eastern Europe might be expected to reappear."

Could Putin ultimately prove to be an instrument of this agenda?

Czar Nicholas abdicated in March 1917. Since Bolshevik leaders Vladimir Lenin and Leon Trotsky weren't even in Russia then, how did they gain control of it by November 1917?

Western analysts uncovered parts of this mystery, but much remained unknown due to the Soviet government's stranglehold on its history - as Orwell said, "Who controls the present controls the past."

With glasnost, archives creaked open. Perhaps no one has collated the information better than Juri Lina whose out-of-print Under the Sign of the Scorpion can be found online until his new edition is released this April.

The Rothschild-Illuminati axis, through their network of banksters and Freemasons, controlled the Bolshevik operation.

â€¢ In February 1917, an artificially induced bread shortage accompanied orchestrated rioting in Petrograd (then Russia's capital). In a "false flag," the mobs were machine-gunned from hidden positions; the casualties were blamed on the Czar.

â€¢ Several Russian generals were Freemasons who betrayed the Czar under Masonic instructions. 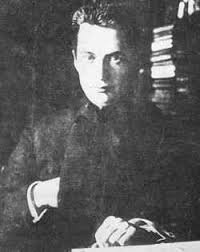 â€¢ Russians thought the provisional government, established under Alexander Kerensky after the Czar's fall, meant future democracy. But Kerensky, Grand Secretary of Russia's Grand Orient, was "phase one" of communist takeover. His government pardoned all political exiles - green light for return to Russia of fellow Freemasons Lenin and Trotsky.

â€¢ Jacob Schiff and Federal Reserve founder Paul Warburg ran Kuhn, Loeb - the Rothschilds' New York banking satellite. Schiff supplied $20 million in gold to Trotsky, who sailed from New York with 275 other terrorists on a passport obtained through pressure the bankers put on the Wilson administration.

â€¢ In Germany, Warburg's brother Max helped persuade the government to provide millions to Lenin and allow him to cross Germany with other revolutionaries in a special train. The Germans agreed because the Bolsheviks promised to remove Russia from the First World War after taking power.

â€¢ The Bolsheviks succeeded because they had what other revolutionaries (e.g., Mensheviks) lacked - limitless cash. By May 1917, Pravda already had a circulation of 300,000.

â€¢ It is a myth that Kerensky and the Bolsheviks were adversaries. Kerensky received $1 million from Jacob Schiff. During summer 1917, when it was revealed the Bolsheviks were on Germany's payroll - treason during wartime - Kerensky protected them. When the Bolsheviks moved to seize power that autumn, he declined the option of requesting troops to preserve the government. Lenin and Trotsky gave Kerensky money and safe passage out. He died wealthy in 1970 in New York, where the Russian Orthodox Church refused him burial services.

â€¢ Postwar Britain sent the Bolsheviks rifles and ammunition for 250,000 men. With this and other Western assistance, the Reds crushed the White opposition. Loans and technology from Western capitalists poured in for decades, as documented in Antony Sutton's Wall Street and the Bolshevik Revolution and Joseph Finder's Red Carpet.

What was the bankers' purpose in establishing communism? With the exception of just a few issues (like homosexuality), Russia and the United states resemble each other more each day. Both states are essentially devoted to materialism. Both are potential totalitarian states, hidden by a patina of free speech and democracy. There is a saying, "You become what you fight against." Is this happening?

James Perloff  is author of Truth Is a Lonely Warrior,  an expose of the satanic drive for a new world order.

This article in its original form can be found on James Perloff's website.

THE CIA AND THE MYTH OF A COMMUNIST CONSPIRACY

Comments for "Are Capitalism and Communism Becoming One? "

It may seem paradoxical that elite capitalists would fund Communism and other left wing subversive projects such as the Bolshevik revolution. It may also create the impression that the two extreme ideologies at each end of the political spectrum are starting to merge. I have a different view. The rich elite and their extended families are sitting at the top of the tree and wish to remain there.

The capitalist free market system was the bridge they used to cross to the promised land. To ensure no one else crosses over and displaces them, they are simply burning the bridges. With the new totalitarian system (NWO) up and running, all competition will be neutralised and the super-rich will maintain top spot forever.

After watching two videos on YouTube where it is plain that a gang of cops beat someone to death, the idea of much more of this seems very possible or even likely. So far, one beating has gone through the courts and the supposed guilty have been acquitted, another cop is on paid vacation waiting for trial.

I just wonder what these people will do with the BAR attorneys after getting their approval in the courts. Will they be the useful idiots, killed off in the end because they know too much ? A nation is run from its courtrooms. Legislation that politicians vote on are no more than suggestions for the courts. In the end, what is right and wrong gets decided by the courts. The large amount of legislation creates a justice system that allows them to simply help their friends and harm their enemies, the definition of justice given by the young Polemarchus in The Republic Of Plato.

War is a racket that only profits the banks and corporations that make war possible. This is the lesson that all of humanity needs desperately to learn. But the answer to your question is: Yes, capitalism and communism are becoming one. America is becoming the perfected CommuNazi state.

And, "If you have total government it makes little difference whether you call it Communism, Fascism, Socialism, Caesarism, or Pharaohism" (Gary Allen, None Dare Call It Conspiracy [Rossmoor, CA: Concord Press, 1971], p. 29). But, for the record, it should be noted that capitalism created both Communism and Nazism. This historical fact was established beyond refute by the historian Antony C. Sutton: "The United States financed the economic and military development of the Soviet Union. Without this aid, financed by U.S. taxpayers, there would [have been] no significant Soviet military threat, for there would [have been] no Soviet economy to support the Soviet military machine, let alone sophisticated military equipment" (Antony C. Sutton, The Best Enemy Money Can Buy [Billings, MT: Liberty House Press, 1986], xvii).

And: "Not only was an influential sector of American business aware of the nature of Nazism, but for its own purposes aided Nazism wherever possible (and profitable)â€”with full knowledge that the probable outcome would be war involving Europe and the United States... J. P. Morgan, T. W. Lamont, the Rockefeller interests, General Electric Company, Standard Oil, National City Bank, Chase and Manhattan banks, Kuhn, Loeb and Company, General Motors, the Ford Motor Company, and scores of other business elitists ... finance[d] the bloodiest, most destructive war in history" (Antony C. Sutton, Jacket Notes, Wall Street and the Rise of Hitler [Seal Beach, CA: '76 Press, 1976]).

They have always been one, they are two side of the same coin.

They only differ in the wording.
Their intention is to herd the mindless masses.

t is widely assumed that capitalism and communism are opposites. This is not the way classical Marxist theory sees it. Marxism is a materialistic doctrine that postulates that economics determines the course of history and that there is an inevitable progression from primitive subsistence through to monopoly capitalism, which is the final phase before the transition to communism. So monopoly capitalism is a precondition of communism, rather than an enemy.

Consequently, it is not surprising that there was much early debate among the theoretical purists about whether primarily agricultural societies like Russia and China were ready for communism. But this did not dissuade activists from seizing power (with the assistance of High Finance) and trying to force the transition, brutalizing the population in the process.

Putin,like all great leaders, has bucked the powers that have installed him. Some of the Jewish Oligarchs were put in jail (with some of their loot confiscated) along with 'Pussy Riot' for attempting to desecrate the cathedral.

World Order Marxism cannot survive within a government that maintains a legitimate system of "checks and balances". Nor can it survive where Christianity is the "law of the land" and NOT some erroneous Supreme Court decision rendered by a handful of unelected justices that no one agrees with.

Putin and the Russian people have turned their back on Communism and any other "shape or form" of it for good this time.