What Really Happened to Flight MA 370? 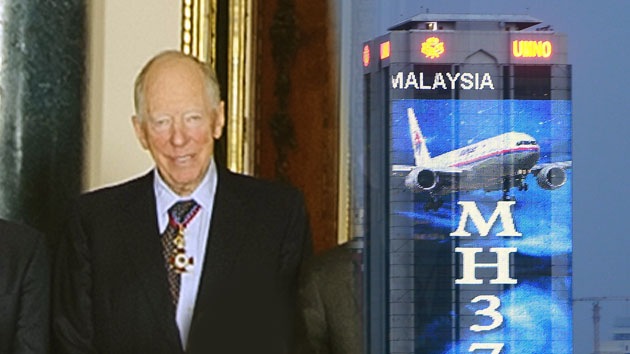 According to one report,  the owners of a valuable patent
were aboard MA 370. If they died, the patent would belong to
the company, Freescale Semiconductor, which is owned by Jacob Rothschild.

Latest!  Philip Wood, an IBM executive and  passenger on MA370 may have got a message out that the plane was hijacked as part of a CIA operation and taken to Diego Garcia. Watch this!


What happened to flight MA370, why and who could be involved?   Let's look at some of the possibilities:

(A) Was a genuine accident caused by equipment or pilot error.

(B) The plane was taken down deliberately.

(C) The plane was hijacked/stolen and has landed.

Let's look at the possible motives.  Malaysian Airlines was on its way to China and its transponder did not respond. Many passenger cell phones were called and GPS information exists somewhere.  The flight had an all-Malaysian crew of 12 and a total of 239 passengers of which the majorities were Chinese and Malaysian.  One group of passengers included 12 Malaysians and eight Chinese all from the same company, Freescale Semiconductor.

In my experience, this defies all company policies. You don't "put all your eggs in basket." Generally travel groups are split up to reduce business risk.  This company is called Freescale Semiconductor and is based out of Austin TX with manufacturing and design facilities in the Far East.  Their products and services are across the board of applications from automotive, medical, military etc. 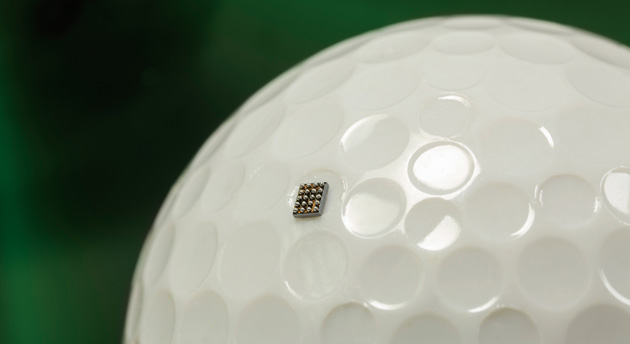 They now produce the world's smallest micro controller at a size of 4 square millimeters using integrated circuitry which includes Radon Access Memory (RAM), Read Only Memory (ROM) and a High Frequency Counter/Clock.  This product known as Kinesis KL02 uses adaptive (learning and correcting) and is useful for Drones that are smaller than a fly, Micro Submarines and Micro Satellites.  The technology is duel use so it can have the best of both markets; high volume low cost and high tech low volume giving it commercial access to automotive, medical, robotic  etc., as well as high tech military applications.

Military benefits of this technology include, but not limited to:

In 2007 the Syrian Military experienced the use of this technology. Israeli planes were spotted on the countries air defense radar. At first, it appeared that no jets were in the sky. Then in an instant, it made the radar believe there were hundreds of planes.

The flight path of MH370 was headed NNW to China over Vietnam, but the plane "vanished" when the transponder was turned off . The Malaysian military reported the plane was directed west across the Malacca Strait.  Is it possible that it was taken down or hijacked?  Some people in the Maldives reported hearing a low flying jet making a noise like a loud fan.  Also, the Malaysian Prime Minister has been quoted saying there was no mechanical error and their focus is now on the passengers and crew.

This technology could have been used on this very plane. Looking at this situation, we have Western Military technology being designed in a Muslim country with ties to China and Russia, who are often at odds with US foreign policy.  Apparently, there is a sister plane made by Boeing on the tarmac in Tel Aviv. The theory is that the Israelis would claim the Iranians hijacked it, loaded it with explosives and used it for a false flag attack on the US.

Apparently Jacob Rothschild is the owner of Freescale Semiconductors. The ownership of the patent would be solely owned by Rothschild if four other owners who were on the plane are deceased.

This seems the most plausible explanation for the disappearance of MA-370. The world's militaries and interlligence agencies  are chore boys for the Rothschilds. The plane was probably flown to Diego Garcia where the passengers were liquidated.

---
Alan Cundy worked as a Project Manager for a consulting company in electronics. Currently, he's self employed in construction and a semi retired stay-at-home dad with a wife and 5 kids (12 to 29.)
Related:

Your guest seems not to understand the company ownership and patent law implications. Let's clear his misconceptions.

Firstly, Rothschild IS NOT a patent holder. Actually his main financial arm, hedge fund Blackstone capital owns 1/3 of the deciding capital stock in the Freescale Semiconductors company. This Company holds many patents, amid them some very valuable and classified ones.

Secondly, the company is a holder of THOUSANDS patents in the field of advanced electronics, because the company is a spinoff of the Motorola company and encompasses all the know-how pertaining to semiconductors, telecom and space technology of this company. This includes key patents on GSM communications [Motorola made first portable phones], micropocessors [Motorola made first microprosessors for PC] and space navigation and telecom [vastly secret], because it is exactly the team that delivered whole of electronics for Apollo program.

Thirdly, on the board of the plane were Chinese specialists on highly sensitive semiconductor designs, particularly four of the authors of the revolutionary new patent in the field, awarded FOUR DAYS after plane disappearance. that you can see on my site.

Fourthly, because of the sensitive nature of dual applications of practically all of the Freescale research and development, working literally on the leading edge of military-industrial technology, you can take it for granted that the plane could not accidentally disappear from radars, because the disappeared engineers ARE THE ONES creating these radars and anti radars literally. Motorola created radars and from this moment remains at the ball, researching creative ways for anti radar and cloaking technology. That's these disappeared guys. They could do it themselves, technically speaking.

Fifthly, for correct understanding how the modern company financial structure operates nowadays, the readers are advised to study the Motorola saga and especially how the semiconductor and special communication branch was spun off and then driven broke and forced to be bought off through leveraged buyout, a first in modern finance vulture capitalism. It was done by a company named Texas Pacific Partnership. Look up the history of this buyout and current Freescale ownership. The operation was a precursor in modern finance for further mergers and buyouts, so the players are and remain highly not coincidental. It is the top of the food chain. When a planeload of their engineers disappear you can bet you bottom dollar that something big is afoot.

Sixthly, Rothshild does not own any patents. His companies do. In Freescale the Rothshild ownership is provably less than 1/3. Furthermore it is not about patent law. It is about patent authors and authors rights. The commentator seem not to grasp the concept of authorship though. The patent belongs to the holder - as in the patent register - in this case a company. But the creators of the patent, the researchers and authors have the claims of authorship and CAN USE THEIR CREATION themselves notwithstanding the patent rights. No patent can stop them from using their creation, unless their death and their disappearance seems a preventive measure against the risk of this occurring. As simple as that.

On a different subject, I'd like to post an article consisting of readers' answers to the question: If your life were a reality show, would you watch it? Send your answers to me at hmakow@gmail.com   with "reality show" in subject line.
I will send a copy of my upcoming collection "Illuminati3: Satanic Possession" to the person who sends the best answer.

Comments for "What Really Happened to Flight MA 370?"

it is interesting to note that most, if not all of the countries involved in the "search" for the missing flight (?) are essentially APEC countries. Could this be some kind of muscle flexing exercise, where the militarily and government people perform some kind of public cooperation, as a prelude to the formation of one of the three long predicted global economic zones required by the NWO?

This "cooperation" could signal the introduction of a long planned and awaited common currency and much closer political and military ties for the region, regardless of whether MH370 is a false flag op or not.

Why canâ€™t we assume the plane allegedly in Tel Aviv is the Flight 370 plane? Just looked up Diego Garcia and appears the flight could fly non stop from Malaysia to Tel Aviv. Guess Diego Garcia is where Israel and the US ran their 2004 Tsunami Op.

Re. ZZ below--Don't you love how someone always pops up with an answer in the bankers' behalf? Circular reasoning doesn't change the fact that the Rothschilds still own the people that make up the corporations that employ the people that hold the patents and yadda, yadda, yadda...

They own everything and everyone registered to live, work, vote, even unto death. If you're papered, you're owned. "Simple as that."

So it's moot as to the legalities involved in patent holding, what matters is that the Cabal controls how corporations are set up and what information about them becomes available. The elitist mind cares only for itself and will sacrifice anything (and anyone... even their own) to get what they want. What's a measly airplane and crew beside 9/11 and the follow-up invasions of sovereign lands?

What matters to the globalist is acquiring the Earth, the only thing left to steal from the Creator's hand, Satan's initial goal. Why would those who serve him think any differently?

It's also interesting that someone mentioned the flight could have been diverted to another airport, it's passengers and crew disposed of. That was a theory put forth in "Operation Pearl" by A.K. Dewdney, proposing the actual 9/11 flights were diverted to other airports and replaced by military drones. Apparently, ground crew and technicians reported seeing one of the planes sitting on the tarmac later, after supposedly being destroyed at the WTC.

Yeah, at first, I was content to write this off as just another case of human error/equipment failure. Now... not so sure!

Interesting article here but the MSM gave this story 24/7 coverage for a reason.

It's a mystery you all can talk about while more of your jobs, money, and freedoms are being taken from you.