"Inherit the Wind"- How the Illuminati Brainwashed Christians 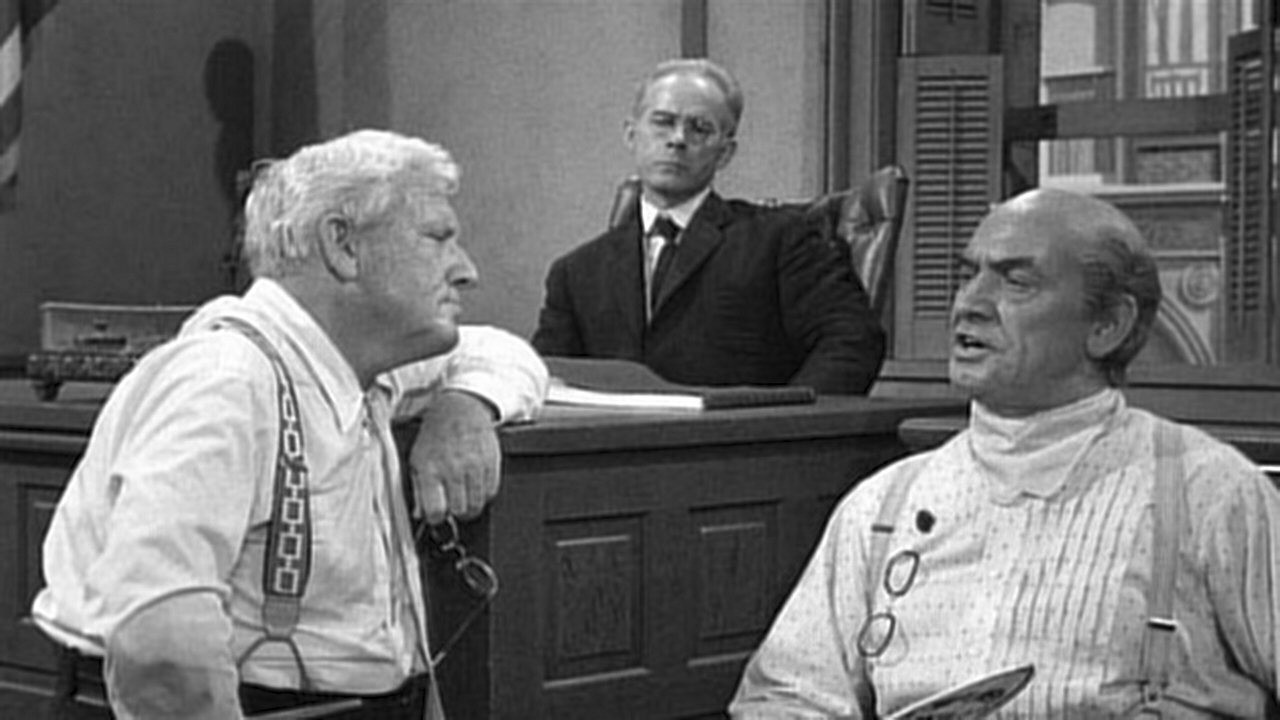 The movie "Inherit the Wind" (1960) based
on the Scopes Monkey Trial of 1925, helped make
Americans adopt the doctrine of evolution.
James Perloff shows how Hollywood
distorted the facts to advance the Illuminati agenda.

"We are constantly, by means of our press, arousing a blind confidence in these theories... Do not suppose for a moment that these statements are empty words: think carefully of the successes we arranged for Darwinism." (Protocols 2:2-3)

"Now only years divide us from the moment of the complete wrecking of that Christian religion." (Protocol 17:2)

Perhaps nothing advanced evolution so effectively as the play and movie Inherit the Wind. It depicts the 1925 "Monkey Trial." The defendant was John Scopes, a Dayton, Tennessee schoolteacher charged with violating the Butler Act, a state law that forbade teaching that man descended from lower forms.

Leading Scopes's defense was famed attorney Clarence Darrow. Assisting the prosecution was former Democratic Presidential candidate William Jennings Bryan. The most common impression about this trial is that Darrow humiliated Bryan in cross-examination, scoring a powerful victory for Darwinism over religious fundamentalism.

Public beliefs regarding the trial are based mostly on Inherit the Wind, which portrayed a battle between enlightened evolutionists and imbecilic Christians. My book Tornado in a Junkyard compares the screenplay (the Oscar-nominated Spencer Tracy version) to the trial transcript and other records. Here are highlights. (The complete comparison is posted on my blog.) 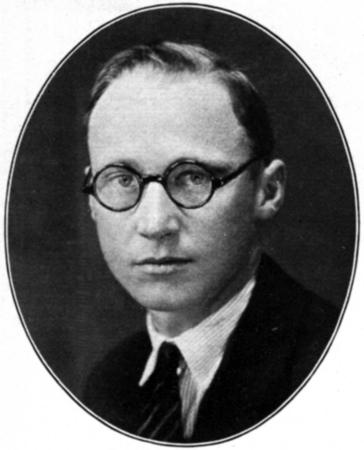 THE MOVIE opens with the grim town minister and other prudes marching to the local high school. They arrest young Scopes, who is forthrightly teaching biology using Darwin.

IN REALITY, Scopes was not a biology teacher. He taught math, but had briefly substituted for a biology teacher during an illness. The ACLU recruited him to challenge the Butler Act. Scopes never taught evolution. He wrote in his autobiography, Center of the Storm: "Darrow had been afraid for me to go on the stand. Darrow realized that I was not a science teacher and he was afraid that if I were put on the stand I would be asked if I actually taught biology."

"If the boys had got their review of evolution from me, I was unaware of it. I didn't remember teaching it."

IN THE MOVIE, we see Scopes in jail, a persecuted martyr. Aroused by the town preacher's sermon, a lynch mob gathers outside the jail, burning Scopes in effigy. A rock sails through the window, injuring him.

IN REALITY, Scopes didn't spent one second in jail. Violating the Butler Act was not an imprisonable offense. Furthermore, no bad blood existed between Scopes and Dayton's people, who were delighted that the trial put Dayton on the map. 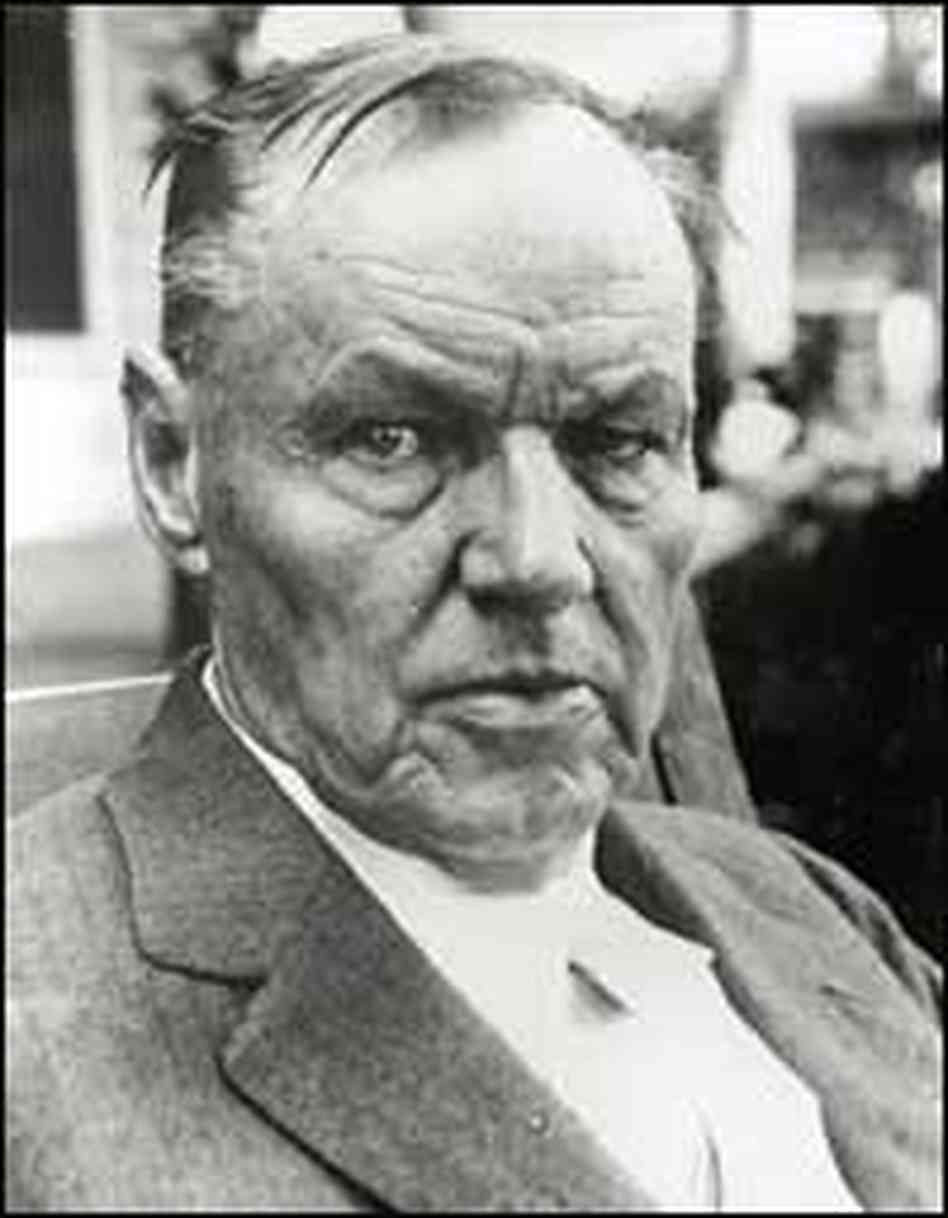 IN THE MOVIE, Clarence Darrow arrives, bravely taking the case singled-handedly. The local Christians boo him; a mob outside his hotel threatens a lynching.

IN REALITY, Darrow, left, brought a team of lawyers, and here's what he himself said of his Dayton experience: "Yet, I came here a perfect stranger and I can say what I have said before that I have not found upon anybody's part - any citizen here in this town or outside, the slightest discourtesy. I have been better treated, kindlier and more hospitably than I fancied would have been the case in the north."

IN THE MOVIE, William Jennings Bryan is an ignorant bigot opposed to science. He says: "The people of this state have made it very clear that they do not want this zoological hogwash slobbered around the schoolrooms!" "The way of scientism is the way of darkness."

IN REALITY, Bryan was a member of the American Association for the Advancement of Science. What he really said about science during the trial: "Give science a fact and it is not only invincible, but of incalculable service to man."

IN THE MOVIE, the judge disallows any testimony from eminent scientists whom Darrow has brought. The judge declares "zoology" (which he can barely pronounce) and other sciences "irrelevant to the case." 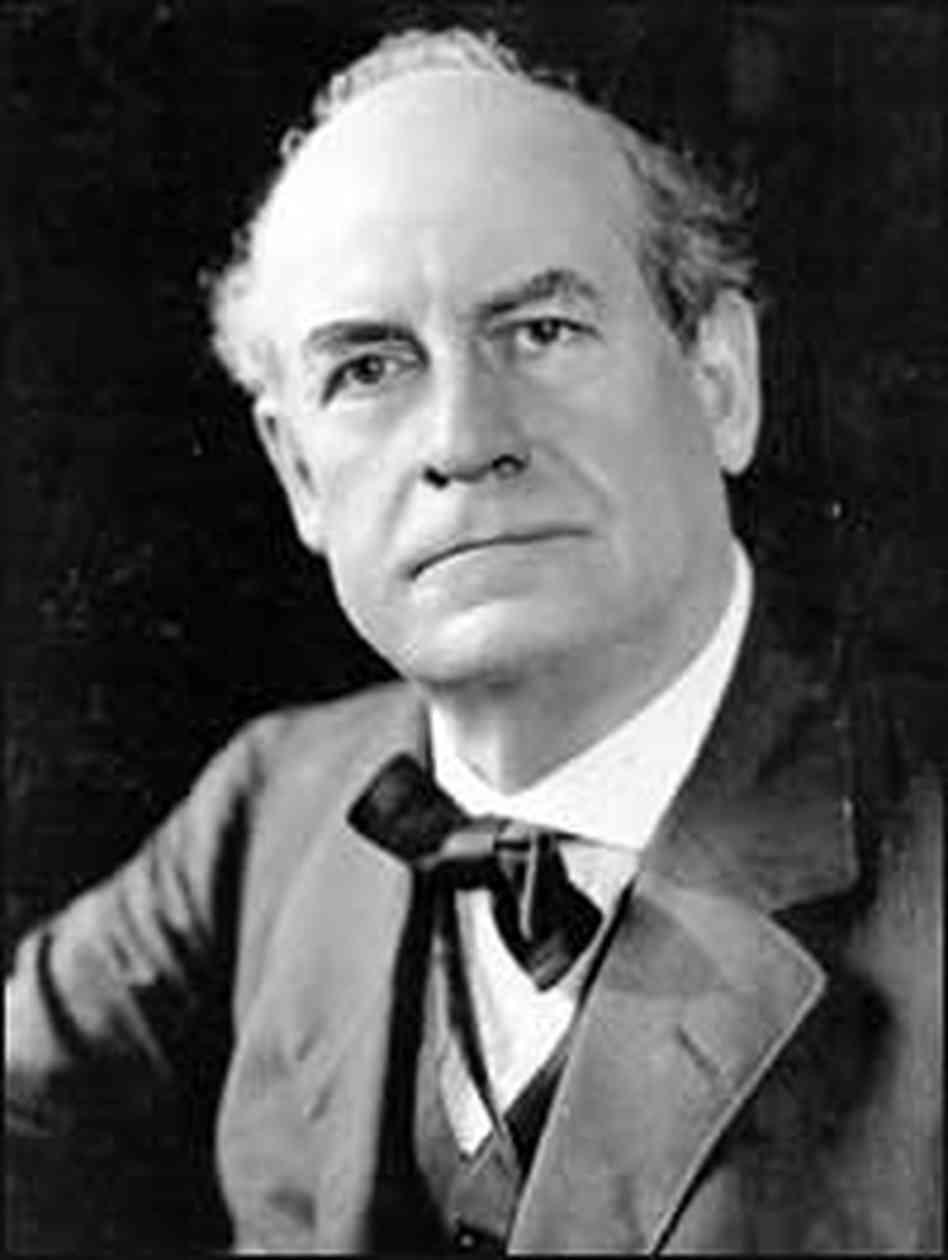 IN REALITY, Darrow called as a witness zoologist Maynard Metcalf, who testified at length. Bryan, left, quickly recognized that the atheistic Darrow was orchestrating a parade of witnesses to promote Darwinism. (The trial was being broadcast on radio nationwide, and reported in newspapers globally.) Bryan asked Judge John Raulston: "Will we be entitled to cross-examine their witnesses?" Raulston said they would.

This enraged Darrow, who knew Bryan would ask his witnesses embarrassing questions like "Where are Darwin's missing links?" and "Are you an atheist?" Darrow therefore had his remaining witnesses submit affidavits. These totaled 60,000 words and occupy 54 pages of trial transcript; excerpts were read in court. The decision to stay off the stand was not made by a bigoted judge, but by Darrow himself, to elude cross-examination. Ironically, most of the "evidence" Darrow's experts discussed - Piltdown Man, "useless vestigial organs" - are long discredited.

But what of that famous "debate" where Darrow supposedly trounced Bryan, symbolizing Darwinian triumph over the Bible?

It was not a debate. Darrow called Bryan as a witness. Thus only Darrow could ask questions, completely controlling the exchange. He peppered Bryan with anti-Bible questions he had spent years developing. On the preceding evening, he rehearsed his inquisition with an associate; Bryan, on the other hand, had to answer everything off-the-cuff.

Naturally, with these advantages, Darrow looked better than Bryan - but not nearly as decisively as in Inherit the Wind, which grossly distorts the event. For example, it has Bryan say that the Bible defines sex as "original sin" (nothing resembling this was said.) And when the movie's cross-examination finishes, Bryan cracks up mentally, wildly shouting the names of the Bible's books (another complete fabrication).

Hollywood distortions aside, why did Bryan place himself in a position where only Darrow could go on offense? The answer is simple. Darrow tricked Bryan into believing that, after this, their roles would reverse: Bryan would be able to question Darrow about Darwinism. This was important to Bryan, since he had been denied cross-examination of Darrow's "experts."

But the next morning, Bryan sat stunned as Darrow changed Scopes's plea from "not guilty" to "guilty," thus ending the trial.

Darrow's words to the judge: "We will ask the court to bring in the jury and instruct the jury to find the defendant guilty."

Darrow had no intention of going on the stand and letting Bryan get revenge by quizzing him on evolution. The trial had NEVER been about John Scopes's guilt or innocence. Its sole purpose was to disseminate Darwinism and assail Christianity.

But in Inherit the Wind, Darrow fights to the bitter end for his client. The backwoods jury finds Scopes "guilty."

Gloom falls on the defendant and his noble attorney, as "bigotry and ignorance" have won the day.
---

James Perloff is author of several books; his latest is Truth Is a Lonely Warrior.

You know, Henry, I remember watching "Inherit the Wind" on TV when I was a kid way back in the 1950's and 60's. Even then I knew and said to myself, "This kind of movie is a real putdown to the Christian community and Christian Faith."  Only much later did I come to understand just how sinister the agenda was: the Christ-hating, Christianity-despising Talmudic Jews and "illuminati-elite" were [and continue to this very moment] mock and cartoonize Christians and biblical faith oriented values. The idea of Darwinism and luciferian/satanism is to make "the Animal Kingdom of Mankind" divided between just three classes: the elite who rule and lend money hither & yon; the masses whom they use as "employable & useful to create wealth"; ... and "the useless eaters" who are to be eliminated from the "ecological equation."

Yeah.  A nice little cabal of Darwinists they are. In their mind & mindset: they are "the gods who rule." we are only the animals and cattle and pack-mules that they manage.

And the truth is: WITHOUT DIVINE INTERVENTION they will probably pull this off. ... but only over my dead body and over the dead bodies of those who love freedom and decent human [and divine] values. I will NEVER yield to their sinister and vile satanic agenda.

Comments for ""Inherit the Wind"- How the Illuminati Brainwashed Christians "

Well done Henry another fantastic article by James Perloff on your site.

Anyone that's slightly ok in the head knows what a load of bollocks Darwins theories are but in this day and age they are reluctant to speak up.

Thank you James Perloff, for your excellent article

I hadn't heard about this story before.

I'd like to mention something that I've thought about for many years about Darwin.

I think Darwin was wavering between science and religion.

The Captain (Fiitzroy) of the Beagle became a Christian.

But, Darwin published info in his book, "Origin of the Species",which could be taken as evidence of a Great Flood, which happened a few thousand years ago.

That was the old sea shore he found in South America, that was 1500 m above the present sea level, which had unfossilized shells.

Clarence Darrow was frequently called upon to advance the antitheist (A true atheist has no particular agenda and does not attack Christian beliefs) cause.

One case in particular was prior to the monkey trials involving a labor thug that assassinated ex-Idaho governor Frank Steunenberg, in 1905.

The assassin supposedly had a jailhouse conversion and decided to turn state evidence against his union cohorts. Steunenberg was a fierce opponent of the labor unions and they decided to finish him off.

Anyway, Darrow's communist leanings and his antitheism became famous before the monkey trials. To me, he is one of the most prominent infidels in North American history, if not the entire world.

Thanks for setting the record straight on this Hollywood spin of the Scope's Trial, 'Inherit the Wind'.

Like most of Hollywood's works an agenda is being promoted. This movie's objective was to belittle William Jennings Bryan and his Christian constituents of Dayton and also to put the Holy Bible on trial. This also was the agenda of the ACLU.

Bryan wrote a long paper of rebuttal on Darwinism, the movie did touch on this towards the end.

I own the DVD of 'Inheret the Wind' and do enjoy it because it's refreshing to experience the Christian atmosphere that's in the town of Dayton in this movie even though the screenwriters are doing it for a reason.

The acting in it was well done and Spencer Tracy was cunningly convincing at times. But, most of all, this movie does show a" well knit" part of a solid Christian Community that once existed in America. Yes the 'Old Time Religion' is good enough for me.

On a personal level, we are our memories.

As a nation, America has become a land of false memories.

The quiet elite have hijacked our history and with it what used to be genuine American culture.

The 1980â€™s anti-drug clichÃ© JUST SAY NO applies to Hollywood.

Perloff is a real gem.