Illuminati-Created "Demons" to Blame for Shootings 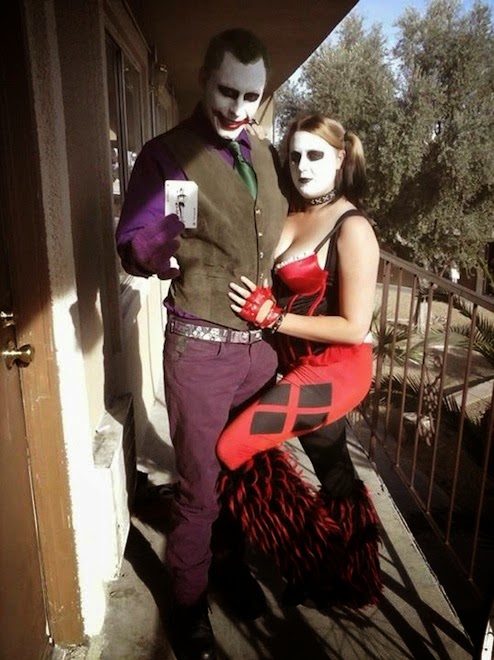 left, Jerad and Amanda Miller, the putative Las Vegas cop killers. Jarad is
holding up the "Joker" another term for Satan. Hours before the shooting, Jarad wrote
"The dawn of a new day. May all of our coming sacrifices be worth it."

The Illuminati-controlled media blames guns and "domestic terrorism" for recent shootings.
But, they don't blame Satanism which they cultivate in movies and music.
Michael Hoffman says the shooters often are Satanists who are "possessed by demons."

"Is not "mental illness" often a euphemism for someone who is controlled by malevolent spiritual forces?"

The religion of agnostic secularism admits of no demons.

The alleged killers in Las Vegas of two policemen at a restaurant, and a bystander at a shopping center, are being variously described as "white supremacists," "Constitutionalists" etc.

They may be all or none of those things, but they are most certainly demon-possessed individuals initiated into a devil cult by immersion in the soul-killing Hollywood movies and television and New York entertainment "culture" that permeates the US like the fumo di Satana. 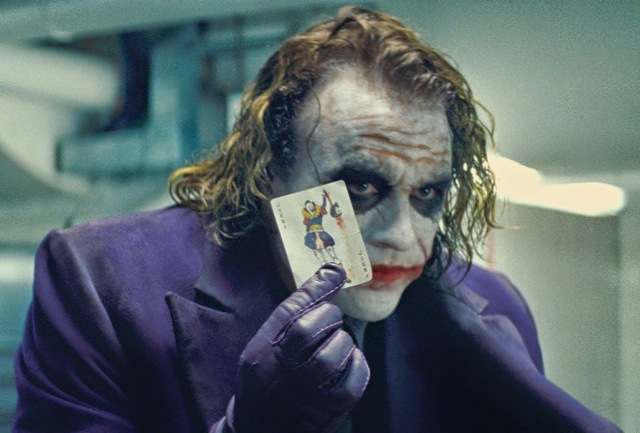 Examining their Facebook photos, we see that they have inculcated the Batman meme, which has been occult-saturated since the first 1989 film in the series, and which reached its apogee with the most notorious and soulless entry, "The Dark Night", starring the late Heath Ledger, left, who died at age 28.

On July 20, 2012 James Holmes, a PhD. candidate in neurology, entered a theater in Aurora, Colorado that was screening the most recent Batman movie, "The Dark Knight Rises," and slaughtered. 12 people. The two "Dark Night" movies have grossed more than $2 billion.

The establishment media dubbed Holmes "the Dark Knight shooter" and "the Joker." He appeared as a Joker in his first court appearance. His July 2012 massacre was embedded with occult significance (see Revisionist History newsletter no. 63, "Predictive programming and ritual stagecraft: The Batman movie shooting synchronicities"). 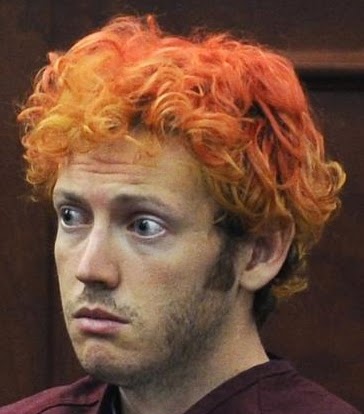 Prior to the attack by Holmes, the name "Aurora" (i.e. the goddess of the dawn), showed up in the movie trailer for the Dr. John Dee ("007") "Skyfall" movie. The words "Sandy Hook" appeared in "The Dark Night Rises" Batman film prior to the school shootings at Sandy Hook.

In the case at hand, we have Jerad and Amanda Miller, the putative Las Vegas cop killers leaving behind unmistakable links to the Joker of the Batman genre. No extensive investigation was needed to elicit this clue. It was on Facebook for all the world to see.

The perps themselves revealed it in the Revelation of the Method, part of the pattern of self-revelation which the Cryptocracy permits and encourages in this time when Satan can walk openly and the American people don't give a hoot.

If the Prince of Darkness were to turn off the lights during the Stanley Cup or the latest round of the NBA Finals however, then we might see some signs of revolt from the sheeple.

Otherwise, ever more frequent, "random" mall and school massacres, and the media-dissolution of the souls of our children is not a major cause for concern, beyond proposing gun control legislation and more pharmaceutical medication for the "mentally ill."

But when most of America might be mentally ill, then what? Beyond cases of depression and nervous exhaustion or shock, is not "mental illness" often a euphemism for someone who is controlled by malevolent spiritual forces?

The New Testament was not lying when it gave accounts of Jesus Christ driving out demons. Are we supposed to believe that there are fewer demon-possessed persons now, than in the time of Christ?

How can this be when Satan's initiatory Cryptocracy rules the air waves and the cinema screens, making initiates of our children merely by broadcasting into our living rooms?

These days Americans have trouble calling anything by its correct name. Consequently, we cannot proceed to a true comprehension of the evils which have befallen our nation and the remedies that must be implemented for the sake of the innocent. 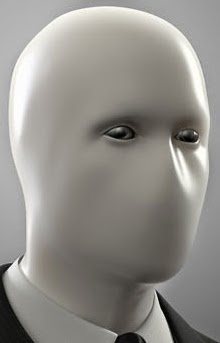 Whatever the Las Vegas killers' political affiliation may be -- whether contrived by the System or genuine --  these suicide shooters, like James Holmes, are first and foremost demon-possessed. These murderers worship Satan, whether under that name, or as "Joker" or "Slender Man."
http://www.rawstory.com/rs/2014/06/07/ohio-mother-blames-knife-attack-by-13-year-old-daughter-on-slenderman-obsession/

The people they kill are a propitiation to the god of this world.

As Jerad Miller wrote, using what we believe to be a double entendre on his Facebook page hours before his alleged murder spree, "The dawn of a new day. May all of our coming sacrifices be worth it."

As suicides, he and his wife were among those "sacrificed."

June 4 Justin Bourque, 24, allegedly shot and killed three Royal Canadian Mounted Police and wounded two others in Canada.  The suspect, dressed in fatigues and armed with a rifle, went on a rampage in Moncton, New Brunswick, authorities say.

June 8 the Millers wreaked their havoc in Las Vegas.

June 10: One student, Emilio Hoffman, 14, a freshman, was murdered by a suicide shooter at Reynolds High School in Troutdale, Oregon. "This shouldn't happen in Troutdale," Max Maydew, grandfather to two Reynolds students, told The Oregonian. President Obama said, "This is becoming the norm."

Is there an antidote to this state of evil, this "norm"? Certainly there is. Pray Psalm 94.

After which, read aloud, in one sitting, the whole of Tintern Abbey by William Wordsworth, slowly and meditatively, with deep contemplation of each word, line, and stanza, and if thou canst savor it and weep over it tears of joy and gratitude --  for its depth of truth and beauty --  thou art still human, and for the present, friend, that is all thou needs to know.

To Hoffman: "I'm an atheist. How am I supposed to understand the force you say is behind these killings?"

Hoffman replies: "If you are a complete materialist, then you can't understand it. If not, then I recommend you think of this force as the spirit of predation, always needing blood, like a wolf or a lion, or some other ravening beast, but unnaturally so. These killings are not Green Man/Fertility Rites. Quite the opposite. These instances of predation comprise a serial ritual, accomplished for purposes of blackening, not greening; for worldwide sterility, not fertility; for the thanatos metropolis, not the verdant earth."

For further research: Cereal Murder and the Group Mind
***
Hoffman is a former reporter for the New York bureau of the Associated Press, the editor of Revisionist History newsletter and the author of Secret Societies and Psychological Warfare, and seven other books.
On the Contrary is made possible by donations from readers. Your donation is needed in order for us to continue. Donate today in support of our Truth Mission

Comments for "Illuminati-Created "Demons" to Blame for Shootings"

It´s not that difficult to deduce. What they did with James Holmes was murder him. His father was onto the Libor scandal and so James was taken and probably tortured first.

When either a “scandal” or a “catastrophe” (such as JOPLIN, MO.) is put out and dropped, you know that something is not right in Denmark.

Also: the James Holmes shown in diverse videos is actually Brandon Raub with a wig, who was featured in a different psyop (https://www.facebook.com/IAmBrandonRaub) and is more than likely an actor.

Evil is rapidly (increasingly) coming out of the closet. It could not be more apparent.

I believe some of these recent shootings are hoaxes. I've been searching for obituaries of the victims. I've sent messages to victim's family members and others that have been interviewed without a reply back. If someone dies here in my city, even in a traffic accident there are records and it is simply to find information on the person. The anti gun propaganda is obviously being ramped up.

Here is an informative you tube channel that does a good job explaining that the shootings probably are a hoax. This one is about Sandy Hook

It is interesting to note that the solution to the chaos & lunacy afflicting western society provided by Mr. Hoffman is to 'pray'. The problem with Christianity/Christians is that they expect some 'God' or a mythical hypothetical 'savior' to return and save them or defeat evil for them.

This will never happen, since that idea or eschatology was a mind-virus conceived by the Judeo-cabal who created Christianity to neutralize their subject population. Establish a religion that tolerates evil & evil will always rule & flourish. 'But I say unto you, that ye resist not evil.' --Matthew 5:39

One must wage war upon evil in this world otherwise it will always reign supreme on it...That's why all these false religions posit some 'savior' so the people do nothing.

Hoffman seems rather like a disinfo agent to me. He mentions 12 people killed by James Holmes, and the 'shootings' at Sandy Hook. Both of those allegations are unproven, except in the minds of the many trauma based mind control victims. And he wants donations to support his 'truth mission.'

He suggests an antidote to the evil norm by preying to the God of Vengeance, God of the Zionists. This seems to me an awful lot like summoning a Demon, a higher power to smite your enemies.

Predictive Programming has become "sheik" and is running rapid amid America's youth today. They live in a world where Hollywood fiction has become their life's reality.

Movies are no longer required to carry a moral message like they did from 1935 to 1965 when they were partially governed under the influence of the Catholic Church. Violence and sex were considered synonymous back then and appropriate measures were taken to regulate what Hollywood feed to the public. This has all changed now and the once obscenity laws have all been abolished under the pose of "artistic freedom".

The Illuminati engineered psy-op that sets the rights and wrongs of American thinking today is "political correctness". They authored it with the intent of restricting and outlawing any opinion that violates their doctrine of what is acceptable thought and what isn't. This "thought crime" doctrine of theirs is the "big lie". It outlaws freedom of speech whether it be in a public or private conversation, just ask Donald Sterling. This is legal psychological lobotomy.