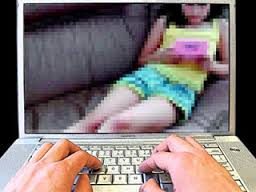 Michael Hoffman describes the subtle way the Illuminati
(i.e. satanic ) media prepares us for the further degradation
of moral standards.

As a former reporter for the Establishment media (Associated Press) I am particularly sensitive to indications that the media are using their power to subtly change minds and overcome traditional objections to forms of moral depravity. This usually begins with subtle changes and cues that emanate from executive editors at high levels of the corporate media.

Examine the clipping above. It was published in this morning's (July 17, 2014) Spokesman-Review newspaper (Spokane, Washington), p. A3. The article concerns the arrest of child pornography supporters ("pedophiles") including "doctors, lawyers" and ex-police officers.

The subtle processing is found in the second paragraph: "...sensational stories of the sexual abuse of minors regularly headline the tabloids, which some critics accuse of whipping up public hysteria over the issue." 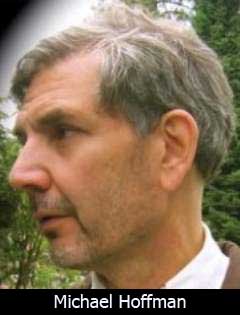 Notice the article doesn't say child pornography is harmless; only that it has been "sensationalized" by disreputable "tabloids," which "whip up public hysteria over the issue."

This processing is almost always gradual and understated, so as not to frighten the targets of the brainwashing into the realization that they are in fact being conditioned to abandon their traditional morality and "keep up with the times."

How likely is it that our "free and impartial" media would add to an ADL report on a putative "anti-semitic crime wave," a statement about how "sensational tales of anti-semitism are regularly issued by Zionist organizations which some critics accuse of whipping up public hysteria over the issue." Imagine the outcry from the Israeli lobby and the thought cops.

Will there be a preemptive outcry from We the People against what the media are starting to initiate with regard to the international cult of child molestation? You can be sure that within that cult are many extremely powerful people who would be delighted to see enforcement relaxed, as a first step in a  systematic journey toward the social acceptance of child pornography in an increasingly bestial American society.

Michael's column is made possible by donations from readers and the sale of his books and recordings.
Today's column is online here. Please publicize it.
***
-- E-MAIL: hoffman[at]revisionisthistory.org (substitute @ for "[at]" in the preceding e-mail address) FOLLOW US ON TWITTER: @HoffmanMichaelA  FIND IMPORTANT RESOURCES: browse our selection of revisionist history and conspiracy books, CDs, DVDs, newsletters and more: http://www.revisionisthistory.org/page7/page7.html THE HOFFMAN WIRE IS A PUBLIC SERVICE of Independent History and Research, Box 849, Coeur d'Alene, Idaho 83816 USA. Copyright ©2014. All Rights Reserved.

Pierre said... it's a bit like the Monty Python movie Meaning of Life Scene in the Trenches in World War One, Idle saying, if you kill someone at home they hang you, if you do it here, they give you a F**ing medal....

In high places, ruled by Talmudic attitudes (it's NOT ok to get a 9 year old pregnant, that's why Kosher is anal, as the good book says, though I always thought that under 3's vaginal would give rise to seriously debilitating fistula rather than grow back "like a tear or two drying up" - don't blame me, it's what the book says), they sacrifice some geriatric pedos (what did Harris and Saville do to the Tribe is the real question or was it a bloodletting for community outrage and the possibility of continuing investigations leading to.... the City?) and lonely online perverts clicking the wrong buttons, while the institutionalized regime persists in orphanages, castle basements, military bases and the like...they push our buttons (Masonic blackmail included) and undermine our humanity at the same time. (They ran the bootleg liquor during prohibition)

Conversely you only have to remember 1977, about the same time as the Holocaust Industry ramped up, with movies like Pretty Babe, like a tear in the eyes and all a joke, movies they produce.
Best put this link in for the astute and courageous researcher.

The NWO spin (brain washing) machine is fully operational. The main stream controlled media now refers to Pedophilia as simply "child abuse." This to be equated with other such acts of abuse as raising a child without exposure to Television (hell-evision).

May God help you Amerika because you seem either unwilling or unfit to help yourself.

Found this online after reading your article today. [He was a sick-content reviewer for Google]

Henry, I think they're also advancing the "It's okay to have sex out in the open" idea. There's a recent movie called Sex Tape staring Cameron Diaz wherein a couple in order to spice up their sex life decides to do a sex tape. Turns out to be a 3 hour romp of all imaginable indulgences. Fine for the privacy of those four eyes. But...... the tape "accidently" goes public. Oh well, follow now the comic pursuits to stop the viewing. An extremely light-hearted treatment for something that had it actually happened to most folks would be devastating and would likely alter their lives in a negative way for a very, very long time. I did not see the film; only the clip and it left me thinking: "They're preparing us for sex in the open." Nothing sacred anymore. We have to reclaim the sacred.

Here is a link to an article that is almost perfectly timed with this article, where a judge in Australia even said that pedophilia and incest may be accepted by society.

"An Australian judge has incurred the wrath of child protection and gay rights advocates after stating that incest and pedophilia may no longer be considered taboo – just as gay relationships are now more accepted than they were in the 1950s and 60s."

Outrage as Australian judge says incest, pedophilia ‘may be accepted’ by society.

This is the old "soft peddle" for the next phase of the MSM'S degenerative programing of the masses.

The "free world" already has tolerated abortion, same sex marriage, and the adoption of innocent children into admitted Gay and Lesbian homes. Why would the toleration of child pornography not eventually be on that list? Do these Satanic Illuminati Controllers have a "red line" when it comes to morality?

We can all remain silent and say that it doesn't concern us as we keep struggling to live a life of traditional values that are rapidly disappearing right in front of our own face.
The Tribulation Hour is growing near and the nations that have condoned and participated in all these various forms of satanic idolatry will suffer a catastrophic judgement like the world has never experienced.

God will win this war in the end,, he always has.