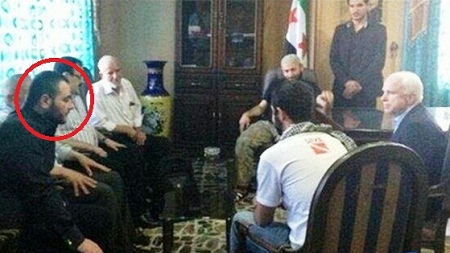 ISIS to America: "We Will Drown all of you in Blood!"


ISIS pretends to lead a Sunni resurgence but in fact they are not Sunnis.
David Livingstone explains they are Salafis, a longstanding
Illuminati proxy aimed at dividing and conquering the Muslim world.


An effort is being made to paint ISIS as a "Sunni" movement in order to suggest that they may have a far larger following and can ignite a major conflict. 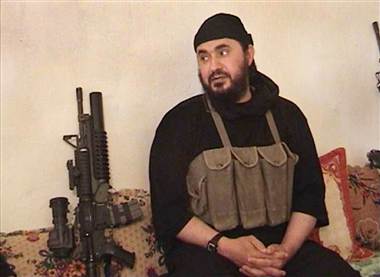 But nothing could be further from the truth. ISIS are Salafis, a manifestation of a modern phenomenon in Islam which scholars have referred to as "Revivalism." The Islamic revivalists have two important things in common: they have always been British-sponsored, and are marked by a rejection of Islamic legal tradition.

The communal effort to codify the intricacies of Islamic law is one of the great intellectual achievements of history. And by the ninth century, it was  decided that four leading schools would be recognized as representative of Sunni orthodoxy. The schools, known as a Maddhabs, differed on minor points, but were considered mutually compatible.

Therefore, Islamic law was essentially incorruptible.  From that point forward, the Doors of Ijtihad ("independent reasoning") were considered closed.

This posed a challenge to the British "Divide and Conquer" strategy of creating sects based on corruptions of the religion. Therefore they sponsored a wave of these so-called "Revivalists" who all demanded a re-opening of the Doors of Ijtihad, beginning with Mohammed Abdul Wahhab, in the mid-1700s.

Wahhab, a crypto Jew, was sponsored by another crypto-Jew, Ibn Saud, the progenitor of Saudi Arabia. He denounced the Maddhabs and called for a return to the sources, the Quran and Sunnah, undefiled by "human" opinion. He also called a "Jihad" against the Muslims, first within Arabia, and ultimately against the Ottoman Empire.

In 1932, again with British support, the Saud clan seized control of Arabia, which they proceeded to name after themselves. They also seized al Haramain, the sacred precincts of Mecca and Medina and masqueraded as defenders of Sunni Islam.

The extraordinary Saudi wealth was a key factor in their support for the spread of Wahhabism, as well as the related Salafi movement, which have since essentially become one. 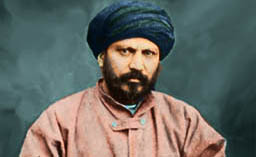 Salafism began in the eighteenth century, headed by a notorious imposter and British agent by the name of Jamal ud Din al Afghani. Afghani was not only the Grand Master of the Freemasons of Egypt, but also a pivotal figure in the  European Occult Revival, which included  H. P. Blavatsky and Aleister Crowley. Afghani was also an original source of the Masonic teachings of the wayward Nation of Islam in the US.


Afghani's British handler, Wilfred Scawen Blunt, was the first to propose the establishment of a British controlled "Caliphate" (leader of the entire Muslim community) to replace the Ottoman Empire. The idea of a neo-caliphate was later actively pursued by T. E. Lawrence, aka "Lawrence of Arabia," who managed the Arab Revolt against the Ottoman Empire on behalf of the Illuminati Royal Institute for International Affairs (RIIA), the sister organization of the Rockefellers' CFR.

ISIS IS AN ILLUMINATI TOOL

The ISIS' handlers (Mossad, CIA, MI5 or all of the above) have learned a lot over the years. They made a mistake in choosing bin Laden who was an engineer by education and profession, and therefore failed to convince the Islamic world of his qualifications as a Jihad leader. 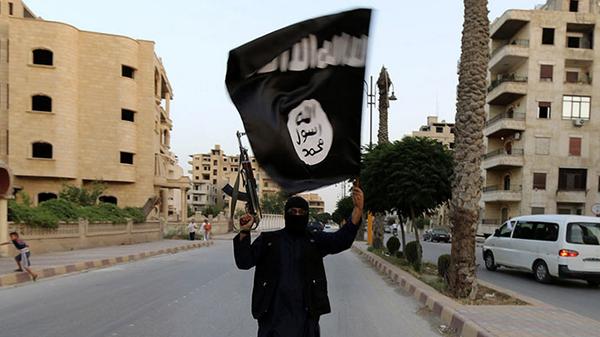 But now the situation seems to be more timely for ISI's hidden manipulators. ISIS' leader, Abu Bakr al-Baghdadi, who has now dared to declare himself "Caliph" of the world's Muslims, earned a master's degree and a PhD in Islamic studies from the Islamic University of Baghdad.

The re-establishment of a Caliph over the world of Islam is the universal aspiration of the Muslims. Every Muslim despairs at the ravages of Western Imperialism, as well as its blind sponsorship of rapacious Zionism. But this makes them vulnerable to deception by their enemies, who dare to prop up false oppositions, or Pied Pipers like al Baghdadi.

But they've made one colossal mistake: they have mistakenly claimed that ISIS is a "Sunni organization."

Since the absence of true Sunni authority, the Saudis have funded their aberrant interpretations, and fooled the world into believing that Wahhabism and Salafism are merely reform trends within Sunnism.

For the most part, many Muslims are duped. They are prone to extremism and lapses mistakenly identified as "Shariah" because they have been estranged from their true Islamic legal tradition found in the Maddhabs. But once they recognize that truth, they will reject imposters like ISIS and rediscover their true heritage, which made them an incorruptible and an indomitable force in the past.

The Saudis are the Illuminati's partners-in-crime. Saudi royalty are crypto-Jews. Their state was created to hijack Islam, with the intent of annihilating it in a WWIII showdown. Saudi Arabia is also one of Israel's most important allies in the Middle East, in addition to Turkey. Their wealth was also created by Kissinger's devious orchestration of the Oil Crisis, after which Saudi Arabia became one of the CIA's most important conduits for covert operations, starting with Iran contra, and eventually the so-called Mujahideen in Afghanistan.

Saudi Arabia's continued support for the ISIS on the CIA's behalf is just a perpetuation of the same story.

Long story short, the ISIS are Salafis, so that completely denies the fact that they could be Sunnis, and why Muslims need to reject them.

Agreed with the comment by Mohommed (below) saying ISIS may not actually come to the West, but an ISIS-style domination could present itself throughout the West. ISIS is a MI5/6/CIA/Mossad OP created to express a specific ideology for a specific goal.

If ISIS wants to drown the Americans in blood there are reports that the guillotines are already here (in America and, if that is the case, in its allied nations as well). Yet, how might it come about? Hitler styled himself on the Roman Empire and used its emblems.

Americans donâ€™t react well to force, but when it comes to legislation the people lie down.

Revelation 20:4 And I saw thrones, and they sat upon them, and judgment was given unto them: and [I saw] the souls of them that were executed for the witness of Jesus, and for the Word of God, and which had not worshiped the beast, neither its image, neither had received [its] mark upon their foreheads, or in their hands; and they lived and reigned with Christ a thousand years. 20:5 But the rest of the dead lived not again until the thousand years were finished. This [is] the first resurrection. 20:6 Blessed and holy [is] he that hath part in the first resurrection: on such the second death hath no power, but they shall be channels of God and of Christ (Gal. 1:10), and shall reign with him a thousand years.

Keep your eye on the Jesuit (False Prophet). Video - http://youtu.be/cjPOLnmq9uI

why are so-called Christians from the West taking ISIS seriously?

many may be citizens of western countries but ISIS, as a whole, wont come to the west.
so just relax & dont get all worked up about nothing.

though, if u still feel so strongly about this, why dont you sort out the CIA,
who are one of the main instigators here?
thats more within your reach.

the BIG problem is that white people in the west think that bearded men from
the East are the bad guys.
they don't want to accept that the real bad guys are clean shaven, suit n tie
wearing, white guys from western countries
(many of whom profess to be Christians while most are Jews with dual US & Israeli citizenship).

Just to provide a little more information on al-Afghani, he was actually followed and considered a living saint by the earliest form of Black Islam in the US, the Moorish Science Temple of America.

While these black Muslim groups claim to be Islamic organizations, their teachings are often steeped in the esoterica (Which they call science, listen to some hip-hop) that comes out of the Blavatskys of that era.

I'm a firm believer that the 'Blacks Islamists' and the other more openly esoteric groups around them are nothing more than a front to introduce illuminism to African American and diaspora communities under the guise of some 'original black science'. (Appeals to disillusions of grandeur & persecution complex, well its sort of a complex,somewhat justified.).

SIS says they are coming to the USA and we will drown in our own blood.

I say it is the act of the worst kind of cowards to slaughter innocent unarmed people...to
cut off the heads of Christian children.

I say come on over here ISIS...the Christians in the USA are by in large armed (unlike
all your past victims) All that big talk is cheap and means doodly squat. We Christians in
the USA have something for you ISIS...come and get it.

Great article on ISIS by David Livingstone All the information makes complete sense from what I have been reading. Fits into a lot of concepts that I have been observing.

Excellent article here David. The origins of "Islamic Revivalism" has been well documented and exposed here. The end game is to create division thereby undermining any hope for solidarity within the nation of Islam. ISIS appears to be an original agent of the CIA that was designed to wage a covert war on the Islamic nations demanding sovereignty from the NWO under the guise of "Islamic Revivalism".

Has ISIS been duped and doesn't know it? Very possible.

This reminds me so much of the Protestant Reformation that led to the schism of the Catholic Church. If you ever want to know who is really behind these movements just follow the money trail and find out who their advisers are.
Ah yes, it was " faith without works" that was the doctrinal thesis that separated the Protestants from International Catholicism. What a ruse! Are we to believe that this part of scripture was a new revelation that had been ignored for centuries and had suddenly been rediscovered.

The pastors of the "Great Awakening" from England such as Wesley, Whitefield, and others became the very foundation of the American Evangelical Movement that took Christianity to America.This may have been the most prolific era of organized Christianity America has ever known.

The continual redefinition of the Church in America since then has helped lead to it's apostasy. It's more about the organization now than the Christian's personal salvation and relationship with Jesus Christ.