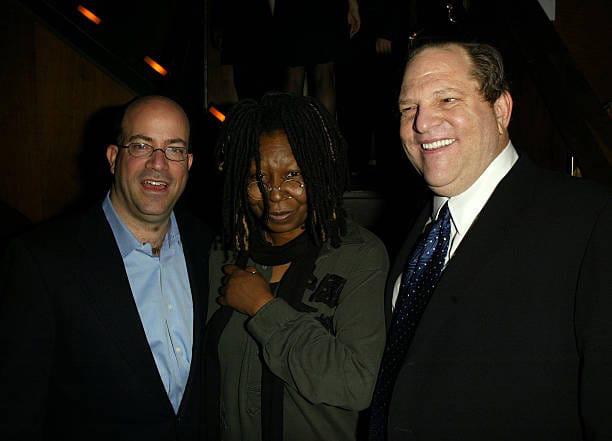 (Obama with his Commie buddies, Raul and Dilma)

Obama's recognition of Cuba is a step toward
uniting the Western Hemisphere under Marxist auspices, leading to Masonic Jewish (Illuminati)
world government.
South America is already well on its way to continental union under these terms.

On December 17th, President Obama surprised the world by reestablishing diplomatic rellations with Cuba, a bloody dictatorship which tortures dissenters, destroyed the lives of millions of Cubans and spread Marxist totalitarianism around the continent. If ever there was a country which deserved to be invaded by the Marines and have its sick government replaced,  this is it.

Instead, supposedly encouraged by Jesuit Pope Francis, Obama gave a Christmas gift to the murderer Raul Castro in the form of diplomatic relations, travel and commerce, and even a new embassy.

This is a move which will be extremely unpopular and cause much resentment especially among Cuban immigrants who know firsthand the horrors of the regime. So, why would Obama take this absurd step?

THE MARXIST FEDERATION OF SOUTH AMERICA

Cuba has always been the main agent of Marxist infiltration in the continent. In1990, it received a great boost with the creation of the Forum of Sao Paulo, an organization led by Hugo Chavez, Lula and Fidel, with the participation of Marxist parties and communist terrorist organizations, including the FARC of Colombia. Their combined efforts which included funding, technology to electoral fraud lead almost every country in the region in the direction of Marxism.

There are many examples of this Marxist alliance: Venezuela sent money to help Argentina's Kirchner in the election; Brazil built a brand new harbor in Havana; gave away oil refineries to Bolivia, and so on. Venezuela and Brazil hired tens of thousands of undereducated Cuban physicians who receive a fraction of their wages, as modern slaves (the rest goes to Castro.)

Since 2004, serious efforts have been made to officially unite the continent, through the Declaration of Cusco that launched a community in the model of Europe's.

"The UNASUR Constitutive Treaty was signed on 23 May 2008, at the Third Summit of Heads of State, held in Brasília, Brazil. The Union's headquarters will be located in Quito, Ecuador. As the Treaty entered into force on 11 March 2011, UNASUR became a legal entity ... they had laid the foundation (masonic) stone for the Secretariat Headquarters. The South American Parliament will be located in Cochabamba, Bolivia." 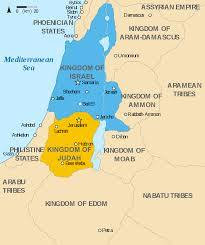 This month, in a meeting in Quito, under the leadership of former President of Colombia Ernesto Samper, a globalist thug accused of receiving $6 million in campaign contributions from the Cali drug cartel** the leaders called for a continental union, a Pátria Grande (the Big Motherland). To enforce it, they will:

1) Create a military academy where all top officers will be brain washed and loose their patriotic ideas. Without the diploma, no promotion.

2) Create a cooperation in voting technology, in order to disseminate the expertise in election fraud, as seen in Venezuela and Brazil, through the use of the system the Smartmatic company developed to Chavez.

3) End of air space limits, in order to facilitate drug traffic which is a significant source of income specially to Bolivia and also help in the eventual transfer of troops.

4) Create a common fund for scholarships, facilitating the Marxist indoctrination of the youth.

5) Pave the way to a common passport and citizenship.

It must be said that Brazil shares no linguistic, no cultural, and paltry historic and economic ties with other countries in South America. For the common Brazilian who has always looked towards Europe and the US, and who could care less for their neighbors, this makes as much sense as the union of Canada with Mexico.

Venezuela is bankrupt, as is Argentina. Brazil is suffering the worst crisis in 20 years. The country is weathering huge government corruption scandals in the order of tens of billions of dollars, which has reduced Petrobras to 20% of its former value. One would expect that the presidents would be frantically trying to find solutions. Instead, they are pushing for this integration as it were the most important priority in the world. 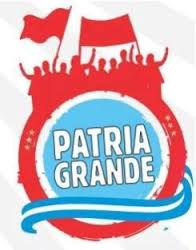 This is a rare window of opportunity to fulfill the old Club of Rome's plan to create one of the ten regions of the coming world government. They have to act quickly before the economies all fall into chaos.

Obama validates Cuba because the Castro Brothers have done the dirty deal of unifying Latin America under Marxism. There is a Marxist behemoth right south of the border which hates the US. But naive Americans think it is harmless, Obama plays Neville Chamberlain to Hitler. They are just "amigos"!

The US$2000 that Cuban exiles will be able to transfer to their families in Cuba each trimesters will also help the bankrupt island.

This stage of the plan has been fulfilled. Expect a new push for the integration of the North American Free Trade Zone soon. It is the next logical step.

Comments for "Cuba Move Highlights Marxist Trend in the Americas"

Well done with such writing! A beacon of acumen which might well shine from a theocon lighthouse.

Obama's overtures seem to have more to do with Putin's incursion into Latin America last summer, for the explicit purpose of solidifying his anti US-dollar BRICS alliance.

Our government is opposed to BRICS. That's irrefutable in light of the oil glut the US/UK proxy in OPEC (House of Saud and the Emirates) fostered. The cover story framed the glut as an attack on US shale oil, but the effect has actually been a 50% devaluation of ruble. This has knocked the wind out of Russia's sails for the short term, as oil is the lynchpin of the Russian government's budget.

So I'm not surprised at all by Obama's reestablishing relations with Cuba. He has no choice after Putin's unprecedented Latin American tour. In fact, the State Department has been quietly normalizing relations with Cuba since the "fall" of the Soviet Union, and with Putin's incursion into the mix, the US has lost the advantage of an 'isolated' Cuba that existed twenty years ago.

Same for the Marxist government of Brazil. The US State Department lost control of the South American economic summits during the latter Bush years, and Obama was practically kicked out of the 2012 summit. The US can no longer dominate them, and it can't embargo or sanction them, so that leaves schmoozing.

I'm reluctant to throw around the terms Marxist too recklessly. Ideology is indoctrination for the public, especially youth. There's something more than ideology that binds these politicians. when they shake hands, don't their eyes and smirks belie an inside joke that they know but we don't?

I have to disagree with the Cuba assessment. I'm with Ron Paul on this one...totally. Opening the door to Cuba is NOT going to pave the way for a Marxist hemisphere. To me, thinking such is ludicrous at best. We have traded with China, a human rights black hole, for 35 years. Where is the outcry there? Open trade with Cuba won't crumble America any faster than it she is already going.

An embargo against Cuba certainly hurts Cuban citizens. It also hurts Americans as well. The government does NOT have the right to tell me who I can and cannot trade with.

I believe Obama actually did something right here. There may be hidden agendas at play, but he ought to be doing the same to Iran, Russia, and Syria. Everyone wants to call libertarians isolationists and that cannot be further from the truth. It is our government who is isolationist with these countries. We should open the door to dialect more, and sanction (war) less.

I have been to Cuba and would like to see Cuba get a shot of US investment. The sight of Havana in decay is heart rending. Nonetheless we cannot ignore the threat that Marcos so admirably outlines.

This is the reason why religion and traditional culture of these subjected nations is deemed the enemy of their new Communist state.

This happened under Mao Tse Tung in China with the suppression of organized Taoism and the destruction of some of China's historic relics and art. This was done to to sabotage their heritage and religious beliefs in order to turn them into the carbon copy complicit robots that a lot of them are today being void of all individuality.

The Catholic Church in Communist Latin America was allowed to survive but only under the control of it's Marxist installed leaders. A campaign of terror was launched against priests and nuns in countries like Mexico in order to put the church in line.

Father Caughlin in America who was a staunch Anti Communist was silenced by his own Catholic Church.

There is no longer a reason for America to isolate Cuba anymore. America is no longer a Constitutional Republic or a Christian Theocracy.
The only Latin leaders who America opposes today are the ones who are trying to break free from Communism by having legitimate free elections.