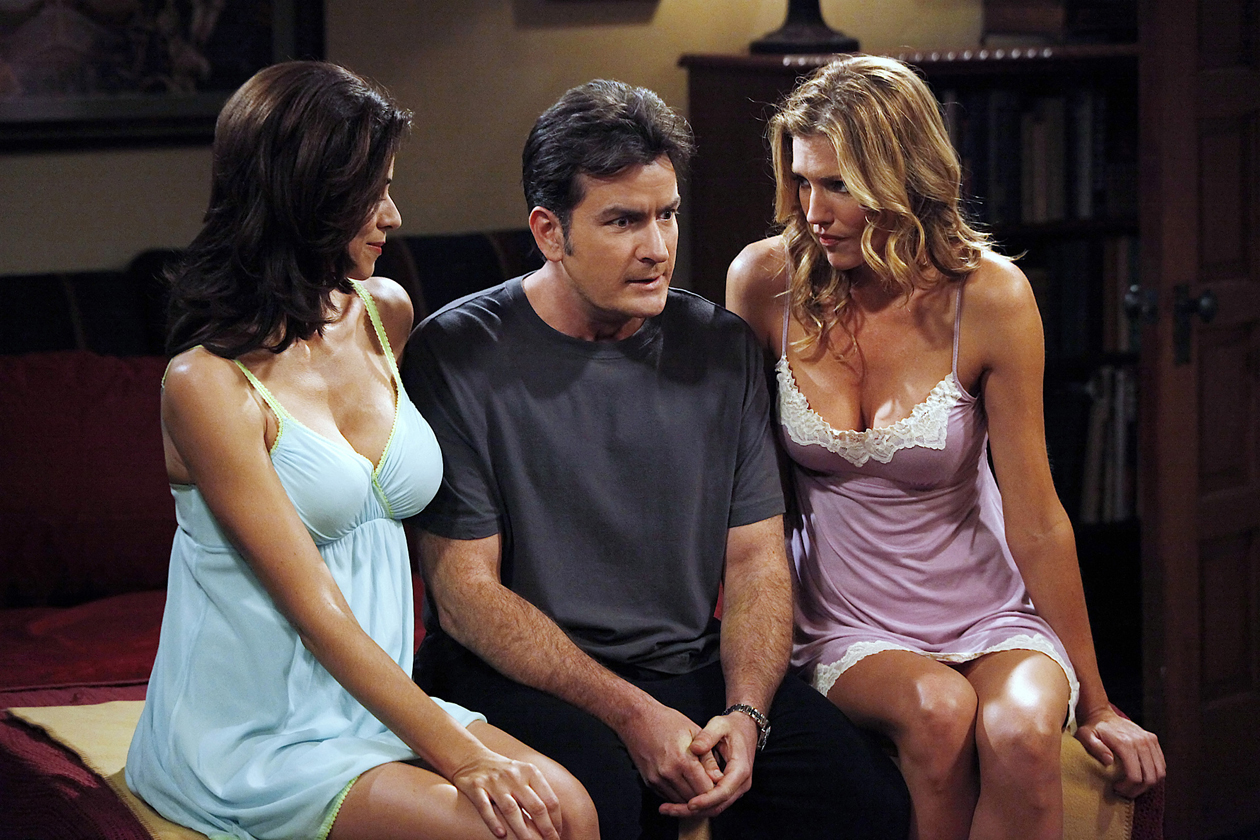 
Michael Winters counts the crude or perverted references
in a recent episode of "Two and a half Men."
The show, one of the highest rated comedies for
a dozen years, is being cancelled after this season.
No doubt it will be replaced by more Cabalist Jewish filth
like the upcoming "Transparent."

(Makow Comment- This is an example of how Cabalist (Illuminati) Judaism has used entertainment to transform society into a satanic cult.)


Michael Winter, is an "awareness writer and published author, living in Duhmerika."


We've all heard the grumblings that mainstream, prime time television is not what it used to be. Gone are the days of Andy Griffith, and this is not a nostalgic plea for a return to Mayberry. However, what is now termed 'entertainment' is vulgar enough to make a prostitute (compared to a script writer) blush. 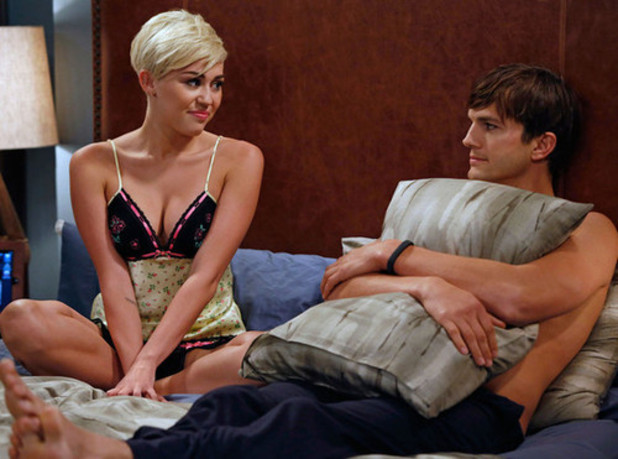 There are numerous tentacles of evil emanating from our televisions: Mind control, suggestive programming, passive subliminal messages, low light mind control techniques and many others. What I'm addressing here is the opposite of subtle. The masters of Hollywood have directed their minions to desensitize us to aberrant sexual filth.

The way to desensitize us is to fling it in our faces with unceasing relentlessness...you know, like all the zombie crap. The goal is to turn our entire culture into one huge Sodom & Gomorrah stretching from coast to coast- and they're succeeding! The goal of satanism is to take that which is good and make it bad, and take that which is bad and make it good. 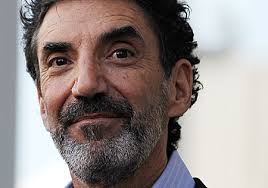 The purpose of this article is to shake the sleep from people's eyes. One way to do this is to list various crudities by subject and number of times each was mentioned in a recent episode of Two and a Half Men lasting twenty two minutes.  While this show is shocking, sadly, there are other shows on prime time that are even worse. Ask yourself this question, "If I let my children listen and absorb this stuff for years, will it change them on a fundamental level?"

You decide- here is the list, and if you are easily offended, please stop now. 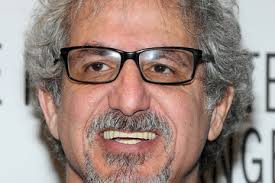 Night after night, show after show. It is amazing they manage to cram this much morally decadent verbiage into a mere 22 minutes. This equates to one reference every 30 seconds!

Attempting to turn 330,000,000 people into sex starved narcissistic consumerist couch potatoes is no small task, but they seem to be succeeding remarkably well.
----

NOTE:  ANGUS JONES STANDS UP FOR HIS PRINCIPLES 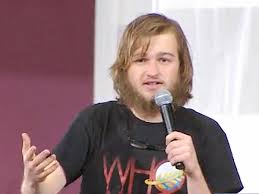 Despite making $350,000 an episode, Angus T. Jones, 20 -- the actor who played the child for nearly ten years called the show "filth" and quit in 2012. He was the highest paid child star in TV history.

He said recently the show "was making light of topics in our world that are really problems for a lot of people. And I was a paid hypocrite because I wasn't OK with it but I was still doing it."

Jones, 20, made the comments in an interview with TV station KHOU in Houston, where he was speaking at the Seventh-Day Adventist church World Harvest Outreach. He is currently focused on the church and his life as a college student at the University of Colorado at Boulder.


------
First Comment from Dan:
Good for Angus T. Jones.  Hollywood is a cesspool.    George is right too.   I threw out the TV when they switched to the microwave HD signal in 2008, so I don't know how they kept that sitcom going another seven years.
I suppose CBS considers the show to be too 'normal' to remain a suitable vehicle for leaping ahead to gay adoption and the comic possibilities of two gay dads raising a trans gender little boy whose broken their gay hearts when he lashes out that he hates having a penis  and starts demanding sex reassignment surgery..... you know, something with room to 'grow' for a few seasons.
From what I've read of new tv shows it's clear that at least one of lead actors in a 'buddy' sitcom have to be an out-n'-out queer in public life, and all the women have to be lesbians (in real life).
Sheen's part in Two and a Half Men was created for him in the first place. He served as role model to aging X generation party boys then pushing 40.   What the public never understood about Sheen it his public persona is acting and hype.   Yes, he's a narcissistic sex addict, but his real pathology is far darker than any character he's played on television. Sheen acting - https://www.youtube.com/watch?v=JEGmJ3SiX4w )
In reality Charlie Sheen is a closeted bisexual predator of boy actors (it's rumored *) whose children show classic symptoms of violent sexual abuse.  Charlie's (ex) wife Brooke Mueller filled charges with L.A. County Department of Children and Family Services in February 2010.  The 'other woman' Denise Richards cohabiting with Charlie and his wife at the time was questioned. That's why CBS put Sheen on 'temporary hiatus', they said for rehab - as if they didn't know about Sheen's sex and crack addiction when they signed him in 2005.
Don't let the mothers of Sheen's children fool you.  They're in the Hollywood circle too. These two were actually fighting over Charlie: Brooke Mueller was smeared by the tabloids "Brooke screwed up the boys" - Denise Richard's got the wedding ring AND Mueller's twins in 2013 as her reward.   These people are evil as hell.
The real suckers are the television watching public.   They're being conditioned to accept sexual psychopathy as 'cute'.
* Charlie Sheen: Satanic ritual abuser.
https://www.youtube.com/watch?v=Gmziyaj1G9I

Comments for "TV's Evil Tentacles: Two & A Half Men "

I got rid of TV on 2010, after that I never got another TV for our home. First year was difficult, and I could see it was an addiction. Thought on getting back with the excuses of “Discovery channel”.

Thanks God I could keep the objective and now we are all free of this. When I see pictures or small parts of the TV programs on websites I see how immoral are these programs.

There is no need to watch news everyday, much better search for it on internet where you can see both sides of the news.

When I testify that I left TV to my friends they look at me as a troubled man... Imagine that!

There is only one (initial) solution: trash the tv, set yourself free! I cut cable seven years ago and voila, I'm still alive. Others would do well to follow this example.