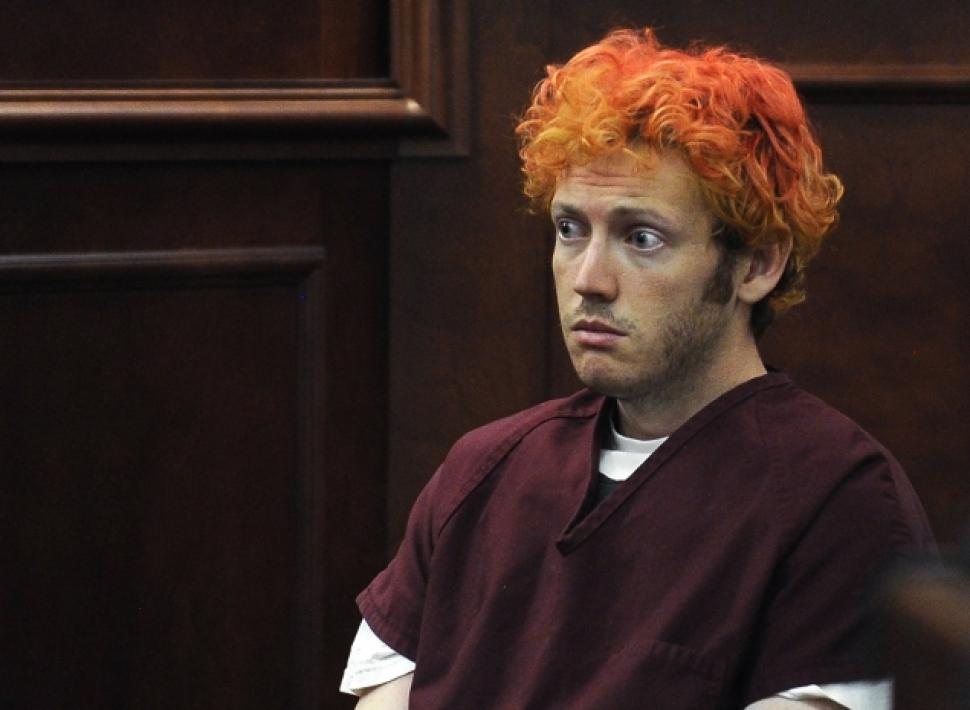 In 1977, the CIA told the Church Committee that the  MK-Ultra program had been terminated. This was a lie. If Malcolm Pauly is any indication, it is flourishing today.

MK-Ultra is an Illuminati program to trauma brainwash children and adults  so they can serve as terrorists, assassins, sex slaves, sex blackmailers, movie stars and singers. "Malcolm Pauly," of Toronto, is a 50-year-old IT professional whom they are using for experiments. He is going public to make them stop.


(Disclaimer: You'll have to decide whether Pauly is legit. This website will give whistle blowers the benefit of the doubt.)


"I am a non-consensual MK-ULTRA Monarch (Sleeper Assassin) R & D subject who has been exercised once, and has been threatened over and over, harassed with electronic, and regular physical surveillance, tortured extensively three different times, home invaded, kidnapped, electrified, drugged, and the list goes on. I am not going to take it any more."

Many recent terrorist incidents, from Sandy Hook to the Virginia tech shootings to the Colorado Aurora Theater massacre suggest that mind controlled sleeper agents are being used to terrorize the population and bring in a police state.

Malcolm Pauly (not his real name) claims to be a Canadian sleeper agent and mind controlled assassin, a victim of ongoing mind control experiments in Canada in collaboration with members of a secretive cross-border entity known as the Joint Task Force (JTF.)

Pauly lives in a tony area of downtown Toronto with his wife, their son, their dog and cat. Raised as a Christian and Quaker, he is now a Buddhist.

Born and raised in Ontario, Pauly has worked in both Canada and the US over the past 25 years but has been ordered by his CIA torturer to "stay away from the American border" after he became a whistle blower and attempted to expose what happened to him. 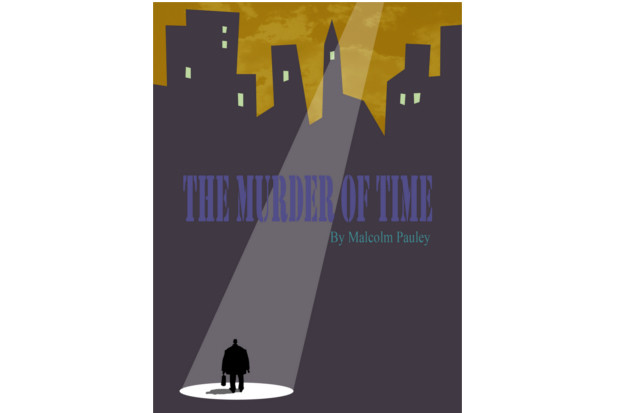 (Left, Pauley's appeal for funds to publish this book fell on deaf ears.)

Pauly has written books about his kidnapping and torture by the shadowy JTF and Canadian counterpart JTF2 which he says has RCMP support.

In a post entitled The Last Rite of an Uncommon Life - A Call For Peace and Support, he tells how, last month, he suffered a home invasion by an MK-Ultra operative.

After the intruder sprayed him with Scopolamine, a powerful mind control drug, Pauly lay incapacitated in his bed  as a gun was held to the back of his head and "Blondie" - a Virginian operative working out of the US consulate in Toronto -- kneeled on Pauly's back and demanded detailed information on Pauly's son's travel plans, probably based on an ongoing RCMP wiretap to Pauly's home phone. 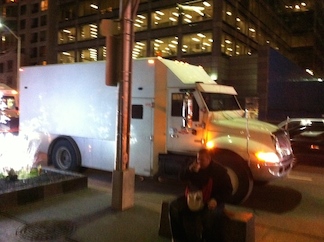 The attacks beginning in 2005 when Pauly was forced into a van parked off Yonge Steet  in downtown Toronto and subjected to a terrifying marathon of forced interrogation and torture programming at the hands of a team led by "Blondie". Two other plainclothes 'peace officers' in the team were both Canadian and had approached him saying they wanted him to "answer a few questions."

In what he later learned was a 'training exercise' ("Joint Control, Unified Command '05" (JC UC '05) including domestic group infiltration and interrogation from the annual JTF2 summary on the Canadian DND web site) Pauly suffered a Gran Mal seizure from an overdose of Sodium Pentathol, and says he was supported by two (low rank) and much younger regular Canadian Forces soldiers, who acted as driver and navigator during his ordeal.

Having determined he was not a terrorist, the senior officers tried to cover up their attack by forcing a false confession which the RCMP officer filmed. Under threat of more torture Pauly was ordered to shout:

During the 3.5 hour torture interrogation, Pauly says it was obvious that 'Blondie' was training 'Red' the Canadian JTF2 officer in coercive interrogation techniques, and mind control (MK-ULTRA Monarch) using:

1. Wrist and ankle restraints to a torture chair with high back, webbing, etc
2. Intra Venous (IV) Sodium Pentathol, 150 cc syringe taped just below my elbow on left inside forearm.
3. Electric shock cuff on right upper arm Eyelid taping
4. Three bright floodlights
5. 3-D goggles, with headphones with severely traumatizing content, including Nazi B & W films shot in WW II concentration camps.
6. Face slapping, eye popping, cheek twisting
7. Arm dislocation
8. Pre-Hypnosis Anti-Conditioning (Pauly's term for conditioning which puts the subject into a state of complete surrender and helplessness, where they will voluntarily enter a hypnotic trance, and repeat deadly post-hypnotic suggestions.) This is accomplished by random  electric shocks and repetition of the question: "What is your other Arabic name?"
9. Hypnotic Programming using Post-hypnotic Suggestions. While hypnotized, he was forced to repeat three lethal post-hypnotic suggestion programs about 12 times each in which he was programmed to self-terminate, terminate another person, or terminate a doctor or nurse attempting to treat him in the future. Each program included a 'meta-program' to never remember the program until the specific triggers were present in the environment.

The American operative also claimed to have a jet waiting at Pearson Airport and continually threatened to take Pauly into custody and fly him to Guantanamo Bay as a "suspected terrorist' and "enemy of the People of the United States of America." Under interrogation Pauly had said that if the US invaded Canada, he would fight for his country with every means at his disposal.

The next day Pauly had no recollection of being tortured in the van the night before. However within a month he recalled the torture and was diagnosed with Complex Post-Traumatic Stress Disorder and forced off work on benefits for 1.5 years.

Pauly also claims he was abducted from his workplace at the Holiday Inn on King Street in 2007 and briefly flown to the USA where he was forced to carry out an assassination under the influence of Scopolamine and more torture.

Scopolamine completely destroys one's free will, which is why it is used as a date-rape drug. It's from a plant native to Columbia. Dropped in one's drink it robs its victim of free will and makes him completely susceptible to commands, Also called "Devil's Breath" it is used in Voodoo rituals.

After falling unconscious he woke some hours later in a van in what appeared to be an American city. This time Blondie had two young assistants who spoke with American accents. One administered injections while the other drove the van and served as a scout with a walkie-talkie to track the target's approach.

Pauly describes what happened next:

"As the target was spotted. Blondie told me to finish and put out my cigarette, and gave final instructions on the technique of intercepting the target (triangulating.)

Dissociated to a hypnotically-programmed personality alter, and high on Scopolamine, I had no free will to resist the post-hypnotic program. I have strong morals but I was no match for this mind-control technology. No one so conditioned/programmed could have been.

I committed the deed in a zombie-like fashion. In a trance, distanced with Scopolamine I saw the target die before me; I will never forget. I was then beckoned by Blondie to get back into a waiting van. As tears streamed down my face I shouted angrily, "There! Are you happy now?"

Blondie replied, "No, I'm not happy... I'm just doing my job", and he even appeared slightly guilty by his voice inflection. I was immediately put unconscious with a needle from the van accomplice behind me. I awoke in a different van near my home.

Pauly claims Blondie still administers hypnotic commands to Pauly which he is forced to repeat: "When I hear two blasts of the air-horn below my window, I will strangle my wife." Pauly claims he recently heard an air-horn blown twice below his bedroom window but woke from his trance when his wife shouted: "Matthew!! Stop!!!" The following morning he had no memory of the event which "would establish a pattern of homicidal type violence, and mental instability."

After 500 hours of therapy with specialists in treating Psychological Trauma, PTSD, and Dissociative Identity Disorder, Pauly was diagnosed with the former and is recovering from PTSD. After extensive tests, no delusional disorder was found.

Googling "Malcolm Pauly Sleeper" brings up a 2014 press release which Pauley believes has put him on the termination list of the clandestine US military special forces JTF.


-------------
RELATED - See the Comments below this article on MK-Ultra at McGill University People who came for treatment for depression were tortured and used a guinea pigs, suffering permanent injury.

Colorado theater shooter(s) were mercs or agents. They drugged and planted Holmes in the parking lot. And that orange hairdo, gimme a break - a joke or some armchair spook's idea of shock value. (Note, one armed teen in that theater could have dropped the merc. Too bad theaters prohibit guns, eh?)

Publicized incidents are scripted media circus shows to ram-rod RIIA/CFR/Zio agendas. You can't believe a word of them. Many didn't happen. Crisis actors put on a show. True MK killers aren't publicized. Malcolm Pauly could not publish a book.

The big MK torture story isn't killers. Yes a few exist, but the big story is millions of targeted individuals. Gangsters are beta testing control tech on a mass basis.

The NWO satanists need longitudinal studies for final rollout. They gotta be sure it will work. Right now just TIs suffer, but final implementation, er, final solution, means everyone worldwide.

A little tip, implants can happen in elective surgery. Be careful out there. Spookdom has MDs and nurses on payroll in most city hospitals. Background check your docs before going under the knife.

Matthew Pauly states on his Facebook page that he needs â€œan editor and an attorney before his book project can be finished.â€ Will this happen before he or is family is â€˜terminatedâ€™? A book project would be the last thing on my mind if I or my loved ones were in this type of dangerâ€¦and.... these people who are subjecting him to this torture are going to allow him to publishâ€¦now that he has announced it on Facebook?